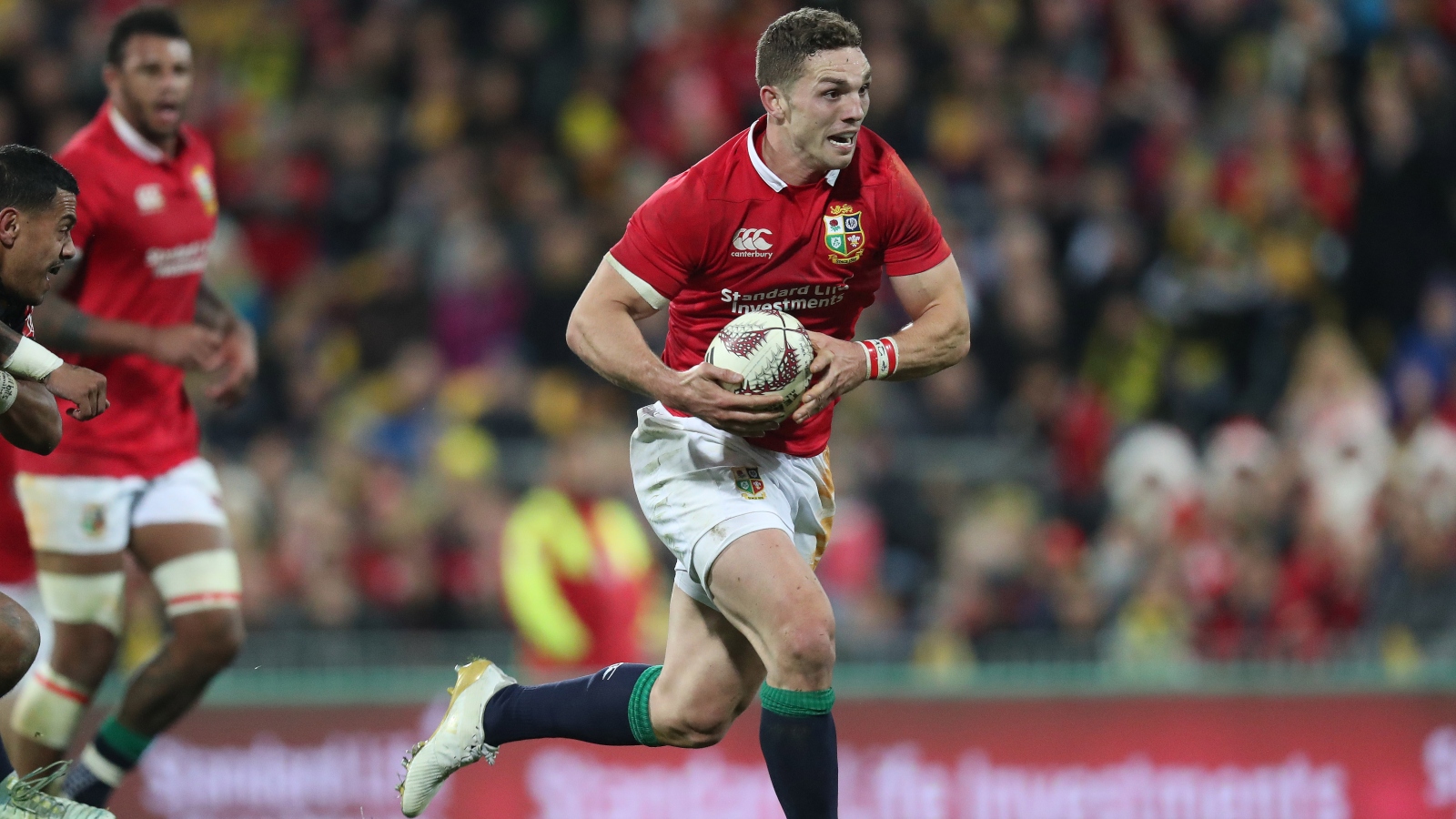 The Rugby World Cup quarter-finals are about to get underway, undoubtedly one of the great weekends in all of sport.

British & Irish Lions stars are in action all over Japan, with Ireland, England and Wales all into the last eight and hoping to progress further still.

Heroes will emerge as the home nations look to make history, so why not get some inspiration from Lions heroics of years gone by?

Williams is now firmly established as one of the premier full-backs in world rugby.

But it pays to remember that back in 2017, the former scaffolder came on Tour still battling hard with Leigh Halfpenny for the No.15 shirt for his country.

But in New Zealand that summer, Williams made the full-back role his own, a stunning midweek showing against the Chiefs before the first Test key in securing the starting berth against the All Blacks.

And in the cauldron of Eden Park, the slender star created one of the great tries in Lions history.

Slaloming from inside his own posts, leaving the great Sonny Bill Williams and others in his wake, Williams carved his way through the All Blacks before feeding Jonathan Davies for what would end up as Sean O’Brien’s end-to-end try.

The Lions ended up losing that first Test, but that score did wonders for their confidence, Williams was a man on the rise and he played a key role in that historic series draw.

And he has kicked on since then with Saracens, and stands on the verge of an incredible quadruple this year with a Six Nations Grand Slam, a Premiership and Champions Cup double and now a World Cup in his sights.

Conor Murray has shown signs that his best form – the sort of form that made him a stand-out for the Lions in 2017 – is returning again this World Cup.

And against the All Blacks in the quarter-final on Saturday night in Tokyo, Murray will be a man on a mission.

The Munster man simply loves a try against the All Blacks. Three times he has crossed in the green of Ireland, including in that historic Chicago win three years ago.

But it is his score in Lions red that really stands out when, in the pouring rain of the second Test in Wellington, time seemed to be ticking away on the tourists’ series hopes.

Yet Murray soon turned a seven-point deficit late on into a tied game, with a trademark snipe from the base of a ruck at close range after a powerful Jamie George carry.

The comeback was on, and we all know what happened next…

He might be yet to slot a kick for England this Rugby World Cup, but Elliot Daly’s time could yet come out in Japan.

We know he has a howitzer of a left boot, and the big occasion is certainly not something he shies away from.

Indeed, in that pivotal third Test of the 2017 Lions Tour it was the then Wasps winger who held his nerve from inside his own half to slot an enormous penalty at the start of the second half.

Having missed one at the death in their midweek loss to the Highlanders earlier on the Tour, this was a mark of the man to step up again when the pressure gets no more intense.

He bisected the posts, the Lions had weathered the All Black first-half siege and were back within three points at 12-9.

If the chance comes again this weekend for England to knock out the Wallabies, you can bet Daly will not think twice.

The goal-kicking for the 2013 Lions Test team was the responsibility of man of the series Leigh Halfpenny.

But that pressure freed from the shoulders of Johnny Sexton allowed the fly-half to orchestrate an historic win.

Sexton was probably one of the under-rated heroes of that series win over the Wallabies, a first for the Lions in 16 years.

The fly-half directed affairs around a changing backline, and then produced the killer blow in what had been until then a tight third Test in Sydney.

The Lions had moved into a six-point lead in the second half but with over 20 minutes still to go no-one was complacent after the Wallabies’ comeback in the second Test.

They needed a killer blow and it was Sexton who provided it, running a perfect support line to receive the final pass from Halfpenny after the full back and Jonathan Davies had made the initial bursts.

Sexton ran around under the posts and into a place in history.

By George! North’s kick return for the ages

If Halfpenny was the man of the series, and Sexton the under-rated pivot, then undoubtedly the folk hero was George North.

It was the Welsh winger, still only 21 at the time, that ragdolled Israel Folau and carried him backwards in defence.

And it was North who scored the try of the tour in the first Test.

What Wales would give for a try like this on the weekend, North has a habit of big one against France after all.

But the pace and power and swerve of his try in the first Lions Test on that 2013 Tour still lives long in the memory.

Berrick Barnes’ clearance kick was wayward, North caught it already up at full sprint and the rest is history.

Wallabies defenders, including Barnes, could barely lay a finger on the big man as he stormed into the left corner to set the Tour alight.

England Ireland News Wales
Previous story Farrell returns to No.10 as Jones switches it up for Australia
Next story O’Mahony and Kearney back to face All Blacks