England are back in the World Cup semi-finals for the first time in 12 years and head coach Eddie Jones has a warning for the rest of the world - their best is yet to come. [more] 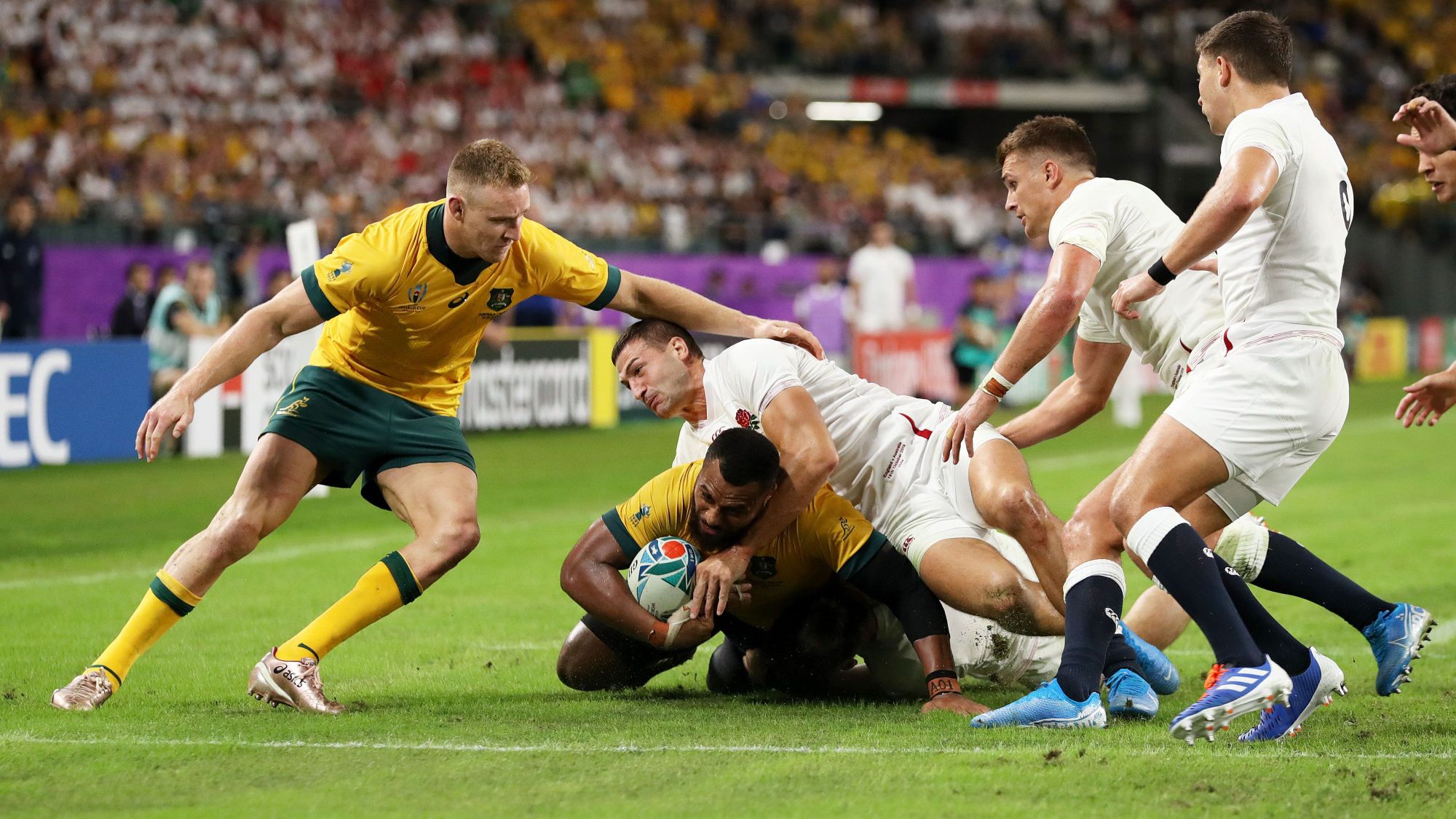 It is hard to know how England can get much better than this however, after a 40-16 win over Australia that was founded on their bruising defence.

Clinical in attack, Jonny May grabbed a double before Kyle Sinckler and a late Anthony Watson interception padded the scoreline.

But England won this game around the hour mark with a typically brutal defensive shift that kept out Michael Cheika’s side.

They ended up making over 100 more tackles than the Wallabies, and Jones was delighted with the showing that made them the first team into the final four out here in Japan.

“We had to dig deep in the first 20 minutes,” said the head coach.

“They had a lot of possession and were attacking well, it was an important part of the game. We hung in and got the momentum back and took opportunities well and went in (at half-time) in a good position.

“We made a couple of mistakes to let them back into the game but I was impressed by the ability of my team to refocus. It was a great job by Owen (Farrell) as captain.

“It was a do-or-die game today (Saturday), and the best samurai were always the guys who had a plan but could adapt, had a calm head but were full of aggression, and I thought we were like that . The challenge is how we get better because there is always a better samurai around the corner.”

Captain Owen Farrell, restored to England’s No.10 jersey, produced his best performance in Japan so far.

It’s full time in Oita and England are into the @rugbyworldcup semi-final 🌹#RWC2019 #CarryThemHome pic.twitter.com/TruuV80OII

The fly-half kicked eight from eight from the tee, produced a perfect pass for Sinckler’s score, led the defensive effort and captained his side to a clinical win.

“The boys were calm and in control and we had clear messages about what we were going to do next,” he said. “The lads ripped into that and we managed to get some points back straight away.

“There were a few things I tweaked from missing a few (kicks) in the last game. We had a good long preparation and that helped. Now the work starts again.

“This was a good performance but we don’t feel we are at our best yet. We are probably going to have to be better next week so we are looking forward to working that out.”

England News
Previous story Gatland sticks to tried and tested for France quarter-final
Next story Ryan: Playing for Ireland means everything to me and the lads