Ryan: Playing for Ireland means everything to me and the lads

It was a tough evening for Ireland in Tokyo but lock James Ryan insists there are better days around the corner. [more] 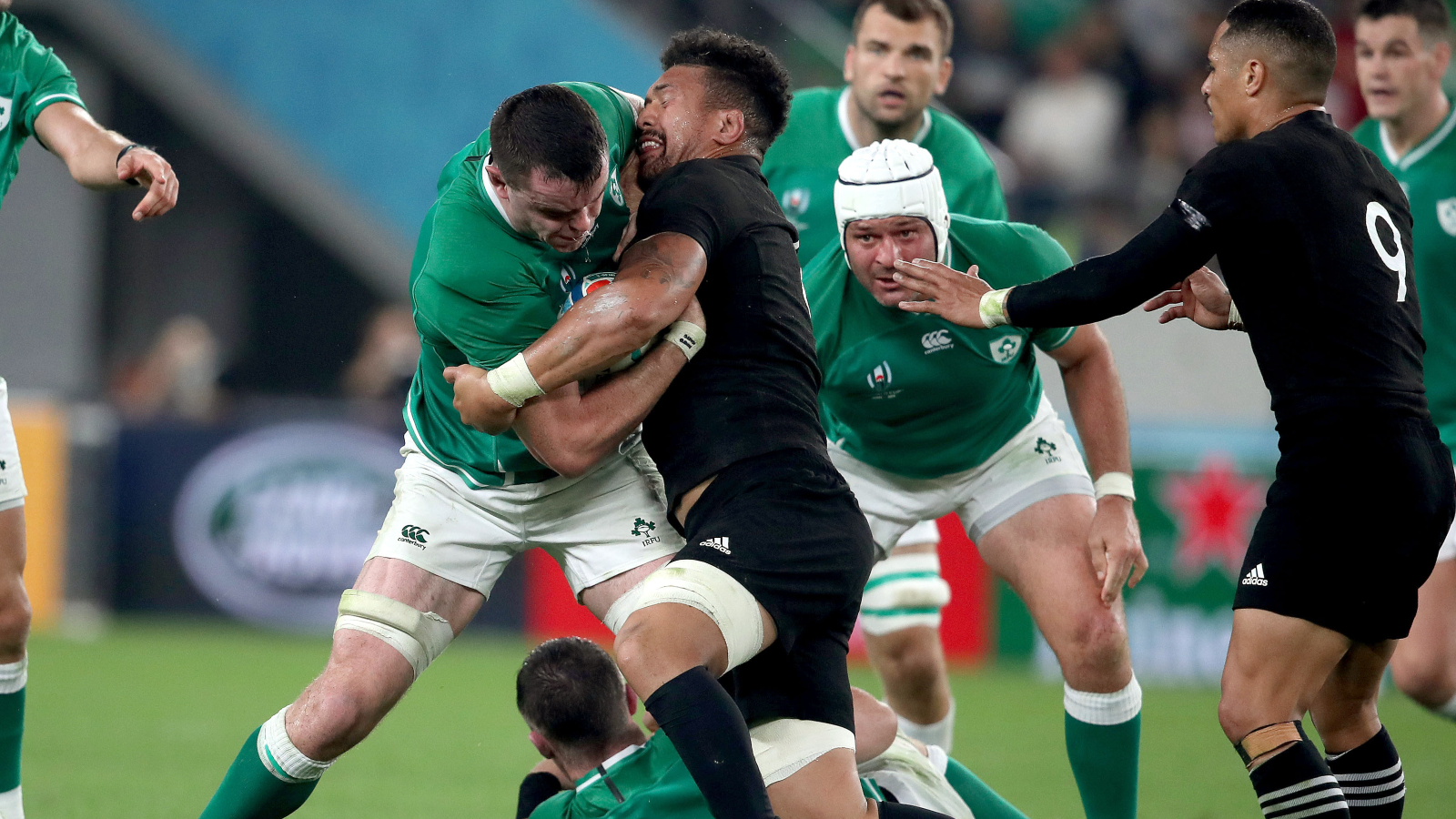 Ryan and his teammates fell to a 46-14 defeat to the All Blacks, as their World Cup dream came to an end in the Japanese capital.

In the four years leading up to this World Cup, Ireland had recorded a first win over New Zealand, followed by a first home success last year.

Ryan admitted they have struggled to hit those heights this year, but is confident they can turn things around.

He said: “We’ve had some brilliant wins with this group. I know the last year has been tough and there have been some losses there that aren’t really good enough. The effort is there but the results aren’t being produced at the moment.

“Playing for Ireland means absolutely everything to me and to the lads. When you look at the stands today, you saw all the green jerseys and the people who had travelled. There are better days to come.

“If you look back, we hadn’t beaten New Zealand. We’ve done that. We hadn’t won a Grand Slam in a long time, we’ve done that. The next stage is winning a knockout game at a World Cup. There’s no reason we can’t. If you look at the group, there are some young guys there and I have full faith we will push on.”

The game got off to an electric start, with the Ireland fans in full force and making their voices heard.

Ireland needed to get off to a quick start, but instead it was New Zealand who monopolised the ball early on.

After an early Richie Mo’unga penalty, they seized control of the game with two tries in six minutes.

It started with Aaron Smith, sniping through after strong carries from Kieran Read and then Sam Cane. His second followed a strike move that Joe Schmidt would have been proud to claim, Sevu Reece on the arcing run to be released by Jack Goodhue. The winger found his Crusaders teammate George Bridge, and while he was stopped, Smith was able to dart in again.

Beauden Barrett had a third before half-time, pouncing on a loose ball in midfield and at 22-0 the game was up by the interval.

Codie Taylor and Matt Todd extended the lead before Robbie Henshaw struck off the back of a scrum. And after Bridge got the try his performance deserved, Ireland added a second, this one a penalty try as Todd was sent to the sin-bin for infringing on the line.

Even with 14, it was New Zealand who had the final say, the eldest Barrett putting in the youngest, Beauden to Jordie, to make it a magnificent seven for New Zealand.

The defeat signals the end of Rory Best’s playing career, and Schmidt’s time in charge of Ireland.

But as Ryan explained, there is no reason this group cannot bounce back.