This was not one of the best Welsh performances of the Warren Gatland era. [more] 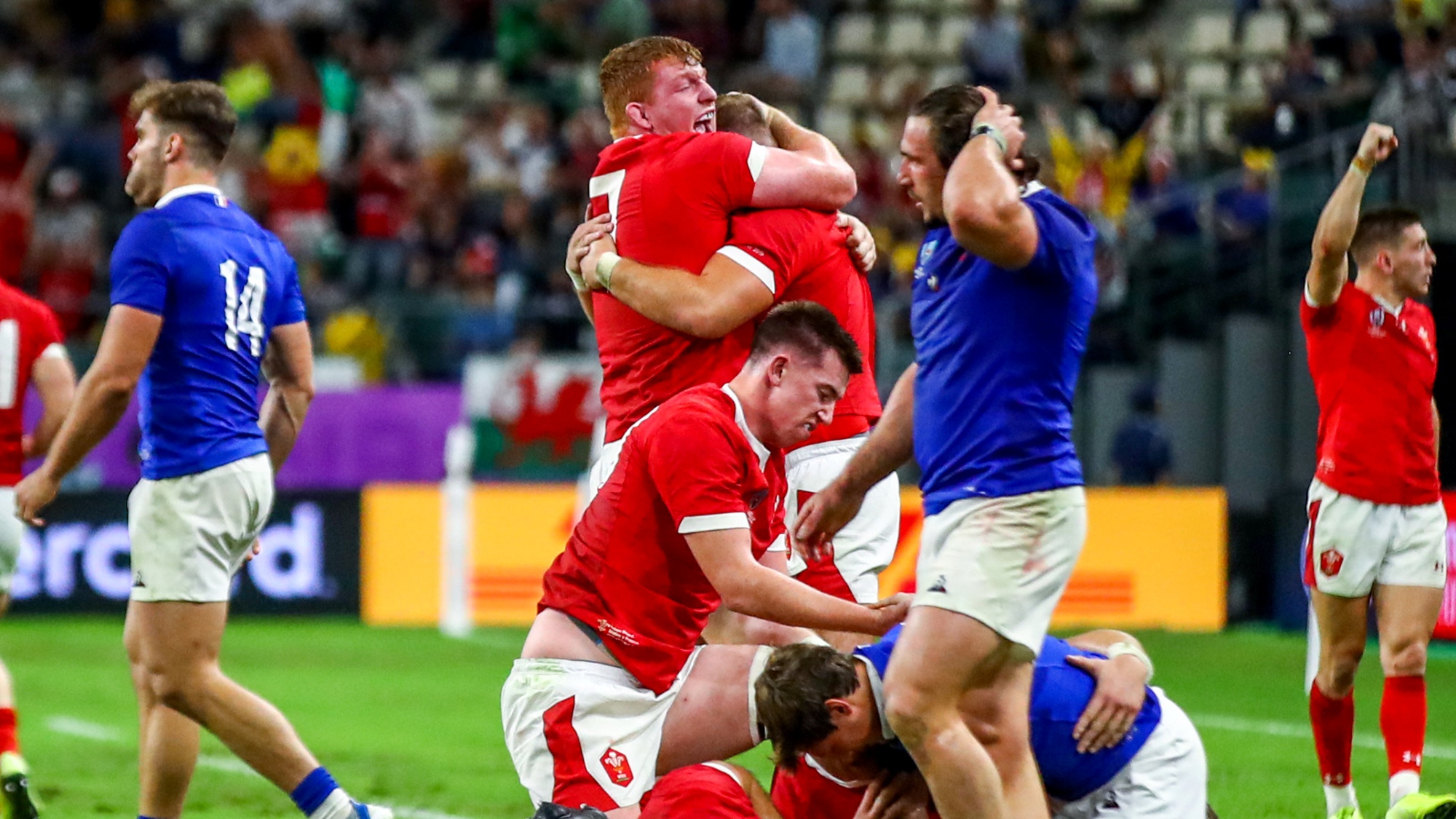 Indeed for the first 50 minutes of their quarter-final clash with France, they were second best and lucky to be only trailing by nine points.

But after Sebastien Vahaamahina’s red card, Wales found an extra gear to grind out yet another late victory.

Ross Moriarty was the hero at the death, and Wales are into a first semi-final since 2011.

And Gatland, who is in his final tournament as the Wales head coach, was delighted to get over the line, by hook or by crook.

“Take your hat off to France, they were excellent today and very unlucky. They have definitely improved since the Six Nations as a side,” he said.

“Credit to these players, I am so proud of these guys, they never give up, they keep fighting, and trying to find a way to get a result.

“The red card was very significant but that some times galvanises players.

“We didn’t play our best tonight but we showed some great character, and that is testament to this group of men, we are very excited about the semi final.”

France came roaring out of the blocks, and scored three first-half tries through Vahaamahina, Charles Ollivon and Virimi Vakatawa.

But Aaron Wainwright’s stunning solo score gave Wales a foothold before the boot of Dan Biggar and Moriarty’s late intervention sealed the win.

Skipper Alun Wyn Jones added: “We are disappointed with the way we started, like we did against Fiji. It (the red card) was obviously an advantage in the second half.

Remarkable finish in #RWCOita for tireless Wales against the spirited French! Both sides will remember that one for a long time to come…

“The guys stood up in all the departments, scrum and lineout and Biggs marches us around the park.

“You do have one eye on the clock, territory and possession, but you have to stick to the process.

“With that advantage we kept chipping away and we got our just rewards I the end.”

News Wales
Previous story Ryan: Playing for Ireland means everything to me and the lads
Next story South Africa set up date with Wales