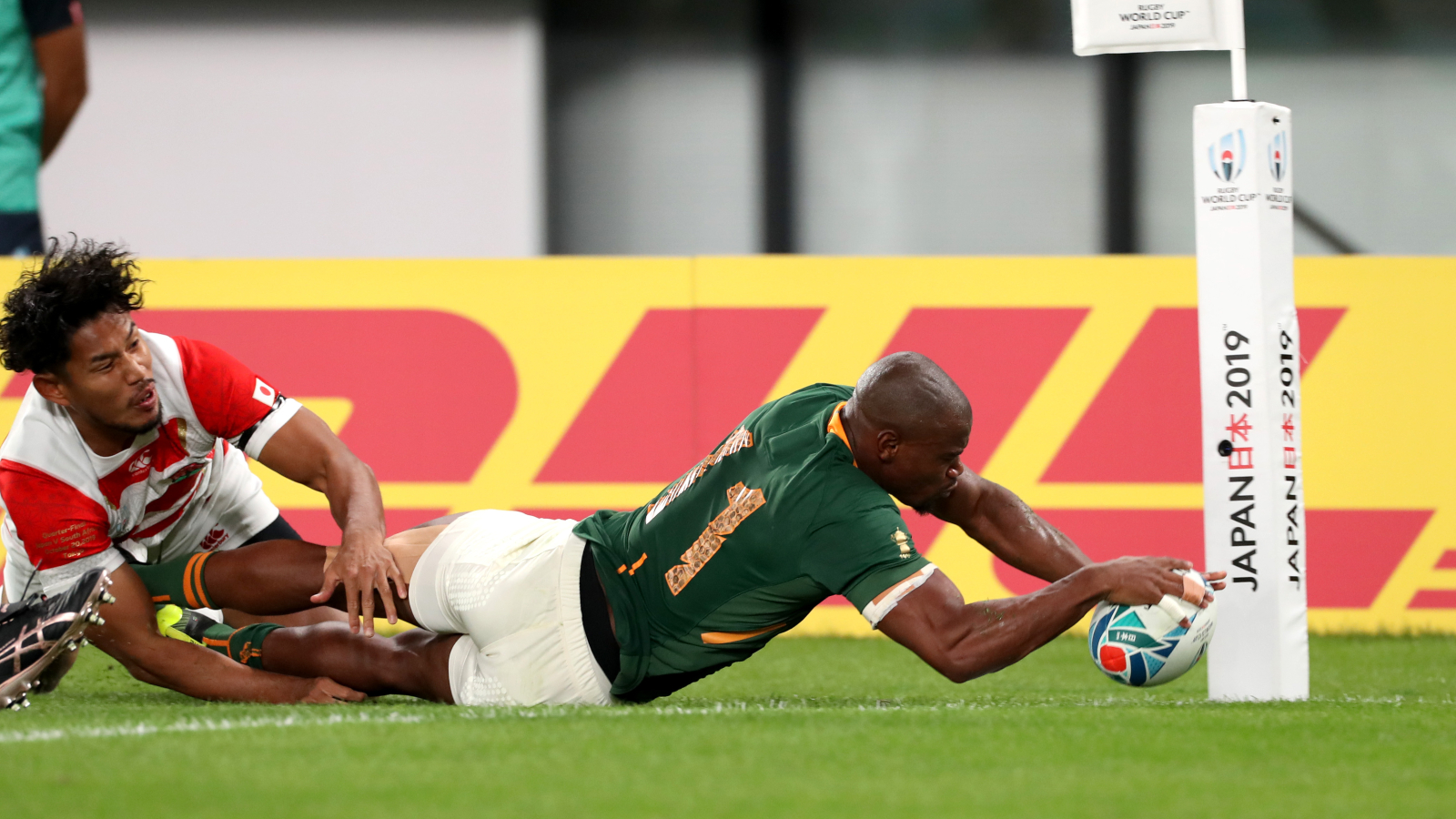 In Tokyo in a World Cup quarter-final he had to settle for
two tries, but it was enough to fire the Springboks to a 26-3 victory in Tokyo.

South Africa will now meet Wales in Tokyo next Sunday, but
they did not have it all their own way in an enthralling game.

Japan enjoyed nearly 70 percent of possession and territory
in the first half, but the Springboks went in 5-3 to the good thanks to Mapimpi’s
third-minute try.

The Brave Blossoms responded and dominated the opening 40
minutes but had just one Yu Tamura penalty to show for it.

In the second half, South Africa were able to slow the game
down and play the game in Japan’s half, and that pressure eventually told with Faf
de Klerk crossing 15 minutes from time before Mapimpi sealed the win soon
after.

The signs had been ominous for Japan early on, throwing an
early forward pass to give South Africa possession, then being shoved backwards
off the scrum, and finally Mapimpi going straight through Tamura’s attempted
tackle.

That proved to be a poor indication of what would follow in the
first half as Japan monopolised the ball and played with the tempo we have
become accustomed to seeing from them.

The South African defence held firm though, conceding just
three points when Beast Mtawarira was in the sin-bin for a tip tackle.

They could have had a couple more tries of their own, Lukhanyo
Am blowing a two-on-one when Mapimpi was on his shoulder, before Damian de
Allende had a score chalked off for a double movement on the stroke of
half-time.

The game was very much in the balance at that point, but
South Africa came out in the second half and strangled the life out of their
hosts.

Handre Pollard kicked two penalties, and then in a clear
show of strength, a monster maul from halfway ended with Malcolm Marx peeling
away and offloading for De Klerk to score.

Pollard then broke from his own half before finding Willie
le Roux and Mapimpi, who sprinted home for his second, and the game was up for Japan.

Instead it is the Springboks who keep on rolling and return
to the last four of the World Cup and a rematch with Wales, who they edged past
in the quarter-finals four years ago.

News Wales
Previous story Ryan: Playing for Ireland means everything to me and the lads
Next story Gatland hails Welsh warrior spirit after edging out France