Not too long ago, it seemed very unlikely that Manu Tuilagi would ever get back in an England shirt, let alone play in a World Cup final. [more] 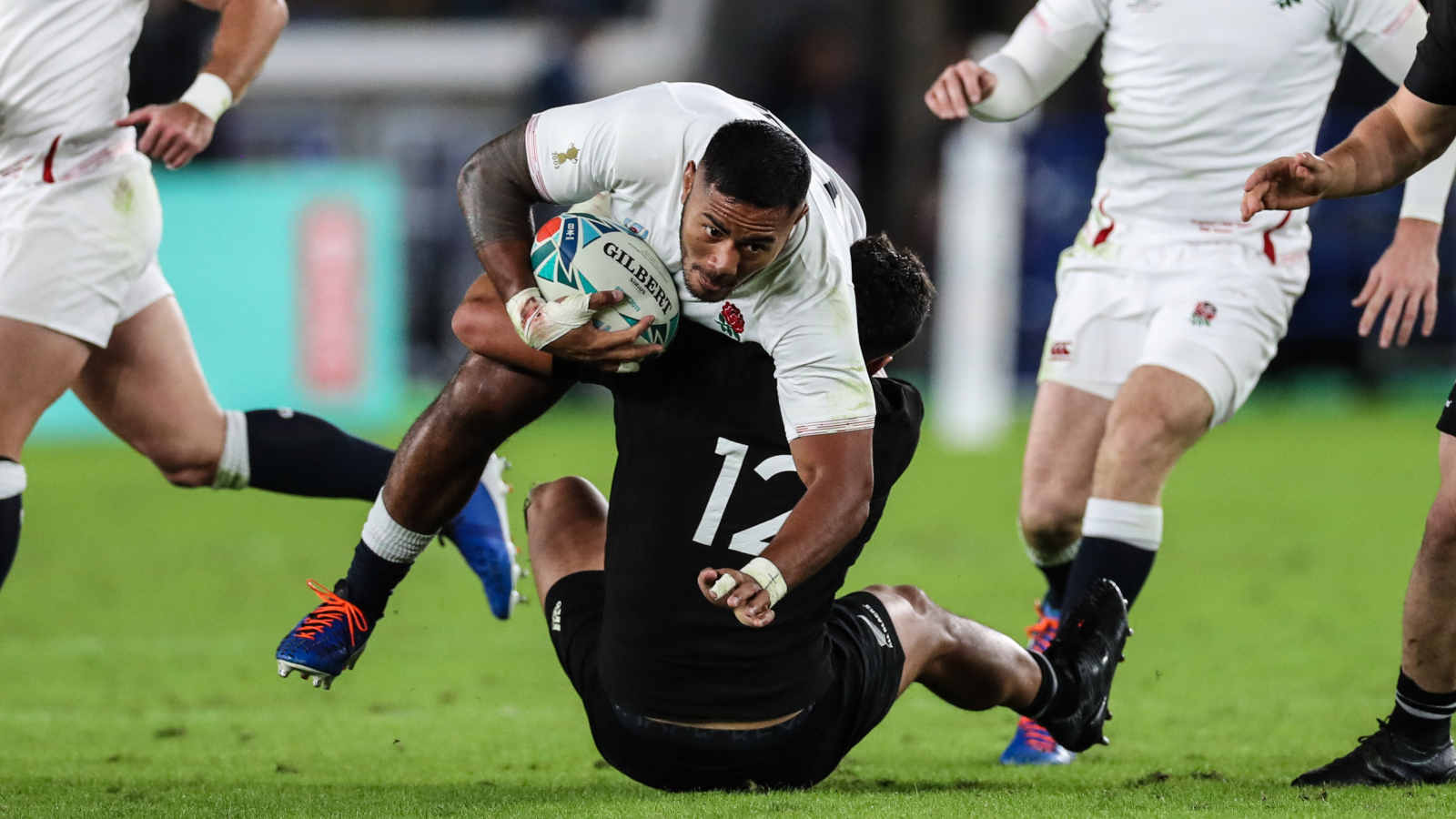 But after becoming a mainstay of Eddie Jones’ squad in the last year, Tuilagi has been the key cog in taking them to the next level.

His try on Saturday helped claim an impressively dominant win over the All Blacks in the semi-final.

And that means England are in the final next weekend, awaiting the winner of Sunday’s clash between South Africa and Wales.

And now that Tuilagi is back to his best, the Samoan-born centre is staying humble.

He said: “This game was massive for us but we have won nothing.

“It doesn’t change our mindset going into next week and it is going to be exciting preparing for the final and we won’t be changing anything. Hard work comes first and there is always the next game. This one is done and we thank God that we won.

“It is beyond my dreams (to be in a final) an unbelievable feeling. It was amazing to get through to the semi-finals and to be standing here now in the final I thank God.”

Tuilagi’s try was the standout moment of a stunning start from England.

But they had to redouble their efforts in the second half when Ardie Savea went over from a lineout to bring the All Blacks back within a score.

But the boot of George Ford got England over the line in the end, much to Tuilagi’s delight.

“It was a tough game and we gave it everything we had. The All Blacks are an unbelievable team and it is never done until the final whistle against them.

“It doesn’t matter how far you are ahead, you never take the foot off the gas and we knew that at half-time it wasn’t enough and we had to come out and play. Fair play to our big boys they fronted up today and did all the hard work for us.

“In that first half hour I was just trying to hang in there and remember the training and when it gets tough keep focused. You have to get a second wind to get through it. It is unbelievable and tough to take on the All Blacks. We are humble to get the win.”

And for many observers, England fired their first shot in the game before a whistle was blown with their semi-circle face down of the haka.

Tuilagi added: “For me it is an honour to stand in front of the haka and I watched it growing up as a kid and you want to do it yourself. To see them do it again, it is an unbelievable feeling. It is a challenge and you respect it and accept it.

“Everyone wanted to show that we were ready and together. It was something different that I think (coach) Eddie (Jones, AUS) suggested.

“It was to show we were ready to accept the challenge against New Zealand and any game against them is tough particularly in a semi-final. You have to make all your tackles, use all the possession really well and we did that today.”