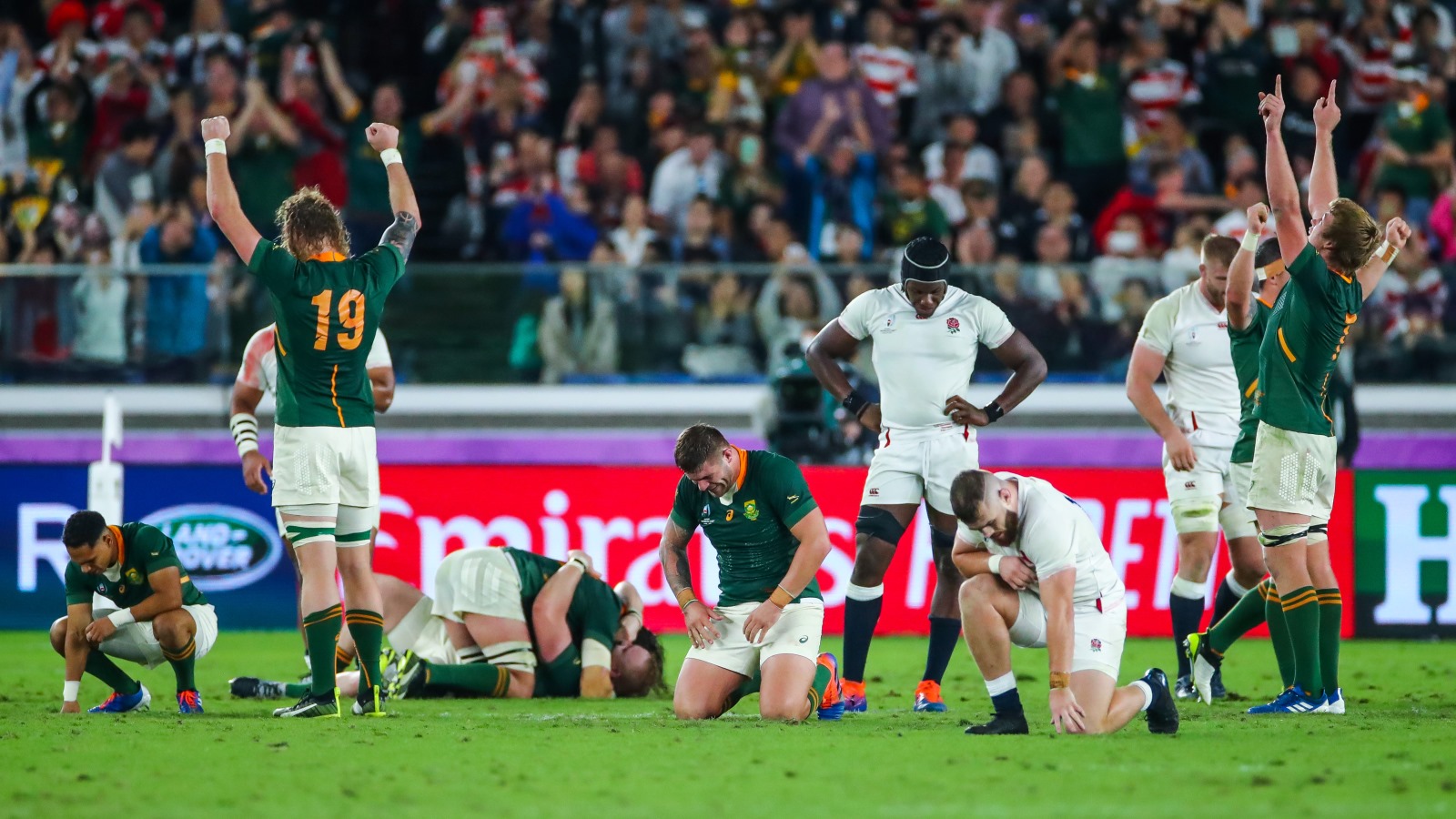 Two moments of class from try-scorers Makazole Mapimpi and Cheslin Kolbe made the difference as the Springboks – who will be the British & Irish Lions’ next opponents in 2021 – ran out 32-12 winners.

It was the third time South Africa have lifted the Webb Ellis Trophy, following memorable successes in 1995 and 2007 and after brilliant performances to beat Australia and New Zealand, England were just unable to defeat a third consecutive southern hemisphere side.

Handre Pollard kicked 22 points as he and two-time Lion Owen Farrell traded a plethora of kicks in a first half dominated by the set-piece.

But England couldn’t find an answer to an imposing and efficient South Africa, who were deservedly crowned champions after an efficient display.

SOUTH AFRICA ARE CHAMPIONS OF THE WORLD

Just three minutes in and Eddie Jones already saw his plans disrupted, with injury ending Kyle Sinckler’s final in heart-breaking fashion when it had barely begun.

In Dan Cole, England had an apt replacement with their highest-capped player in Japan coming on to the park, but it was South Africa who opened the scoring with a Pollard penalty.

Slowly but surely England earned a foothold in the contest, a first major foray into the Springboks half seeing them rewarded with a penalty, duly kicked by Farrell.

A second Pollard kick put South Africa back ahead but one breathless attack, spanning 25 phases from left to right and back again earned Farrell another kick from the tee, levelling the game at 6-6.

That came within five minutes of the break but still there was time for two further pieces of Pollard precision, kicking Rassie Erasmus’ side into a 12-6 lead into the final 40 minutes of the World Cup.

No team had ever come back from trailing a Rugby World Cup final to go on and lift the Webb Ellis Cup and despite a valiant effort, England were unable to break that streak.

Pollard and Farrell traded two penalties apiece in the first 20 minutes of the half before the Springboks produced some magic to seal the win.

Winger Mapimpi was there to finish off a well-worked move, kicking over the top of England’s defence where Lukhanyo Am gathered and returned to the winger to crash over.

England kept pushing but the game was up a few minutes later, Kolbe making the most of his one opportunity in the match to sprint down the wing and dot down.

From there, the relentless Boks defence denied England a consolation try as their bid for a second Rugby World Cup crown fell agonisingly short.