The British & Irish Lions could make history on an eight-game tour of South Africa in 2021, with Warren Gatland’s side set to play in front of the largest-ever crowd for a Lions Test in the professional era, after the itinerary was jointly announced on Wednesday.  [more] 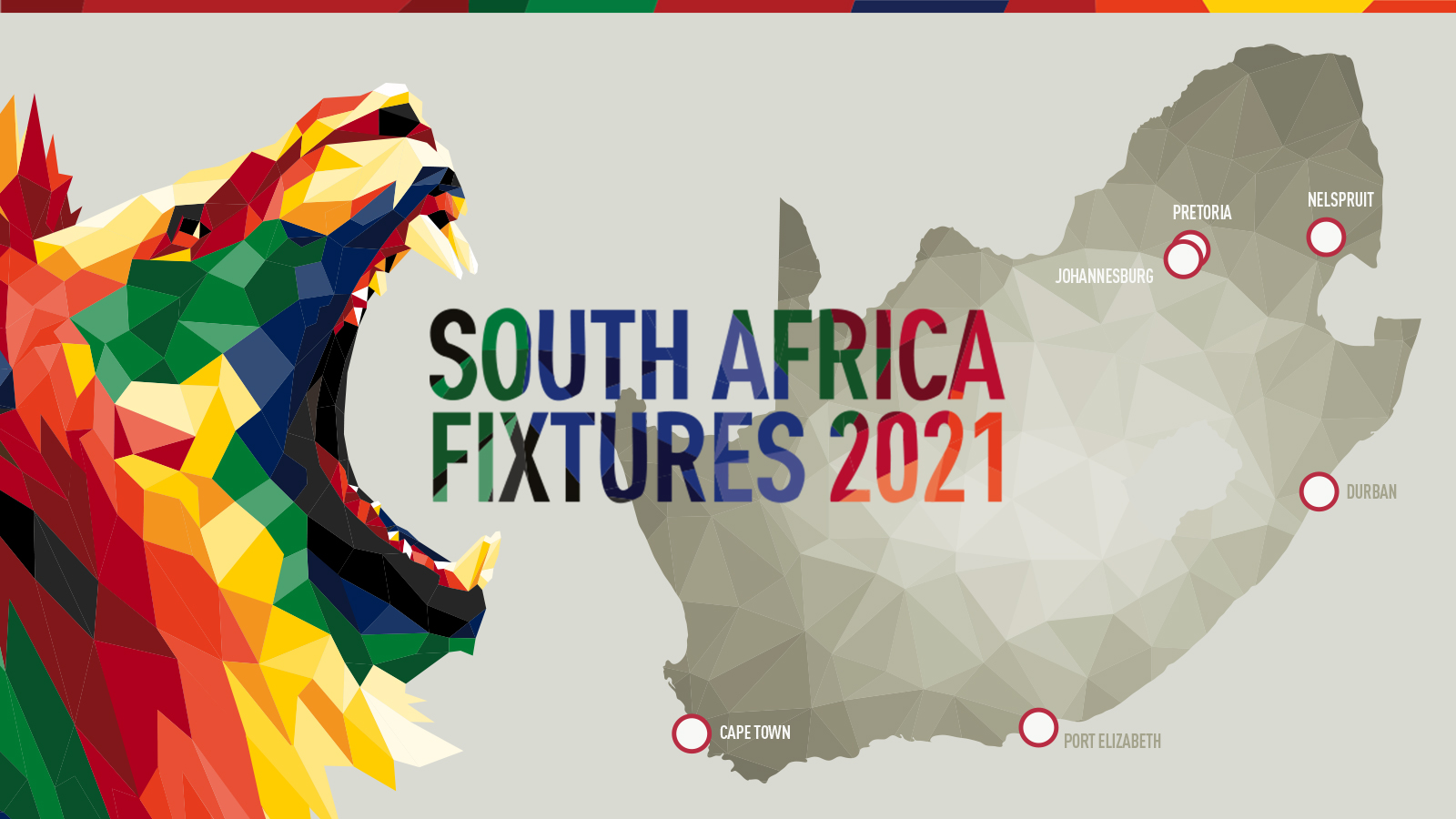 The hotly-anticipated tour will span the length and breadth of South Africa, visiting some of the most impressive stadiums in world sport and culminating in three Test matches against the newly-crowned Rugby World Cup champions, the Springboks.

FNB Stadium in Johannesburg will host the first Test on Saturday 24 July and with a capacity of approximately 88,000 spectators, a sell-out crowd would be higher than the 84,188 who witnessed the series decider against the Wallabies in 2001.

The second Test follows a week later at the Cape Town Stadium – the first Lions Test in the Mother City since 1997 – before the British tourists return to Gauteng for the final Test on Saturday 7 August at Emirates Airline Park.

The combined capacity for the three Test venues is just below 205,000, which could make the three Tests on the 2021 tour the best-attended since professionalism, potentially surpassing the 192,972 people who attended the three Tests in Australia in 2013.

The eight-game schedule includes six weekend fixtures; three against Vodacom Super Rugby teams the Vodacom Bulls, Cell C Sharks and DHL Stormers, and two midweek fixtures against an invitational side in Port Elizabeth and South Africa ‘A’ in Nelspruit. 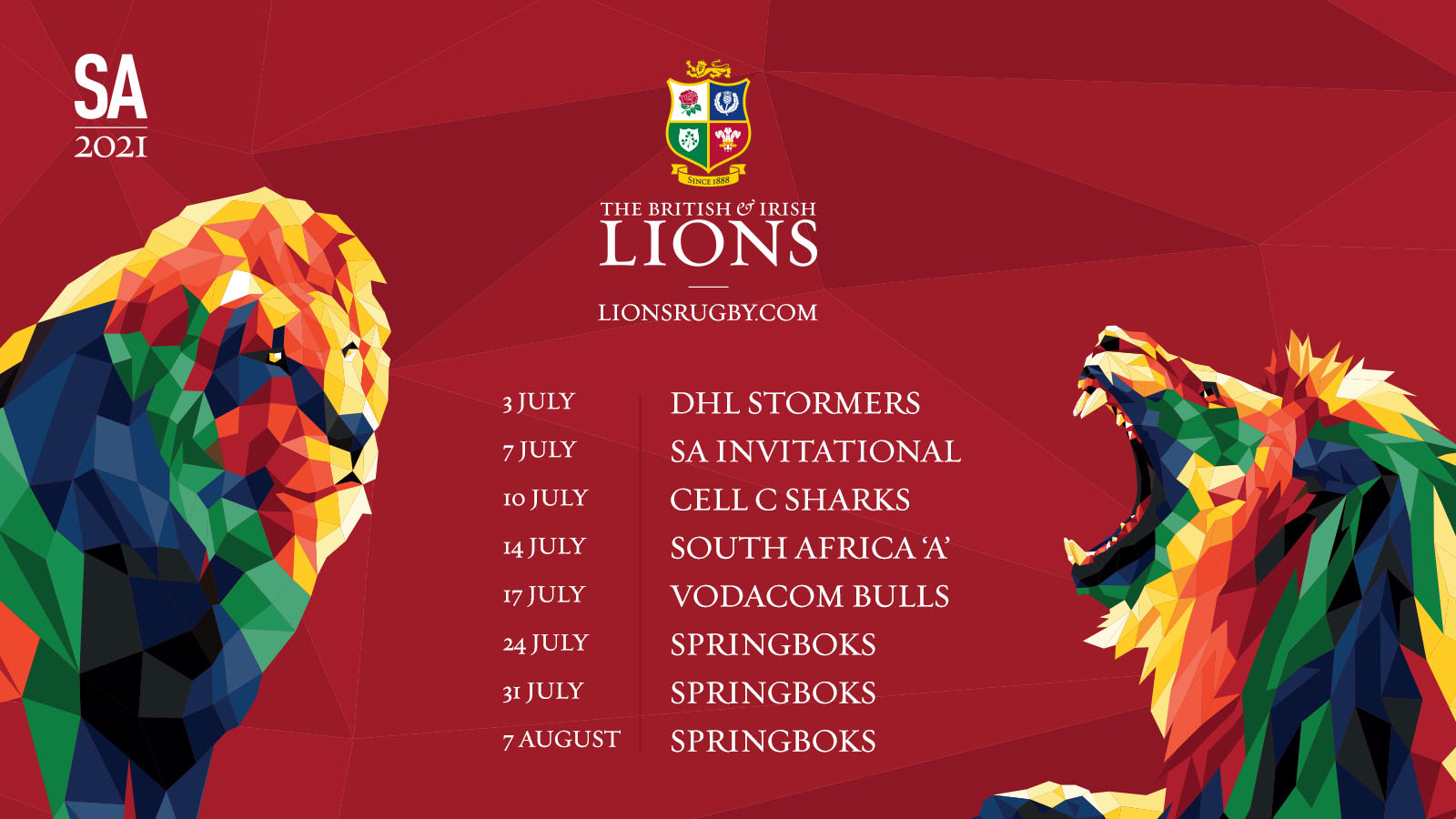 British & Irish Lions head coach, Warren Gatland, said he was delighted with an itinerary that he believes will allow his side to be perfectly prepared for the three Test matches which complete the Tour.

“I am absolutely thrilled with how this schedule looks,” said Gatland, whose Lions beat Australia in 2013 and drew the series with New Zealand in 2017.

“Touring South Africa is always a huge challenge, not only from a rugby perspective, but also in terms of the venues and the conditions facing the players.

“We are very comfortable that three of the games, two of which are Test matches, will be played at altitude. Our schedule falls in a way to allow us to start at sea level before building up and acclimatising to the unique environment that playing at altitude presents.

“Ensuring the team are absolutely primed for the Test matches is a critical element of any Lions Tour, and I am confident the quality of opposition we will face in the opening weeks will get us ready to take on the Springboks. The Bulls, Sharks and Stormers are all tough sides and present different challenges, which is exactly what we want.

“Moreover, the venues we have agreed – some of which will be new to the Lions – open up the matches to a vast audience and will undoubtedly provide an unforgettable experience for the players and travelling supporters alike.

“We are very much looking forward to touring this wonderful country.”

The British & Irish Lions have toured South Africa on 13 previous occasions, with the first Tour taking place in 1891. In that time, the Lions have won four Test series, lost eight and drew one. Their overall record against the Springboks is played 46, won 17, lost 23 and drawn six.

“There are players who have been to three Rugby World Cups an finished their careers with a winner’s medal yet never got to play against the Lions,” said Erasmus.

“They only come around every 12 years for our players and only a few of them ever have the privilege of wearing the Springbok jersey in a Lions series.

“The Lions have not lost a series since they were last here a decade ago and they will present a next-level challenge in 18 months’ time.

“Warren Gatland is a massively experienced and astute coach with a phenomenal record with the Lions and the rugby experience for our players and public will rival that of a Rugby World Cup.

“The Lions performed extremely well on their previous two tours [in Australia and New Zealand] and will no doubt relish the opportunity to add the Springboks’ scalp to their belt.”

“They will operate like a well-oiled machine and we will have to work very hard to match them in every department, on and off the field.”

“In partnership with SA Rugby, we have worked hard to deliver a match schedule that will provide a significant challenge for Warren and his squad, as well as showcasing the Lions and rugby union across the world.

“Lions Tours are a truly unique experience, and we are expecting tens of thousands of supporters to travel to South Africa in 2021 – with this schedule, we’re certain that every one of them will come back with amazing memories.”

“We are delighted to announce the itinerary in conjunction with the British & Irish Lions, and we will continue progressing our preparations to provide travelling supporters with a once-in-a-lifetime experience.”