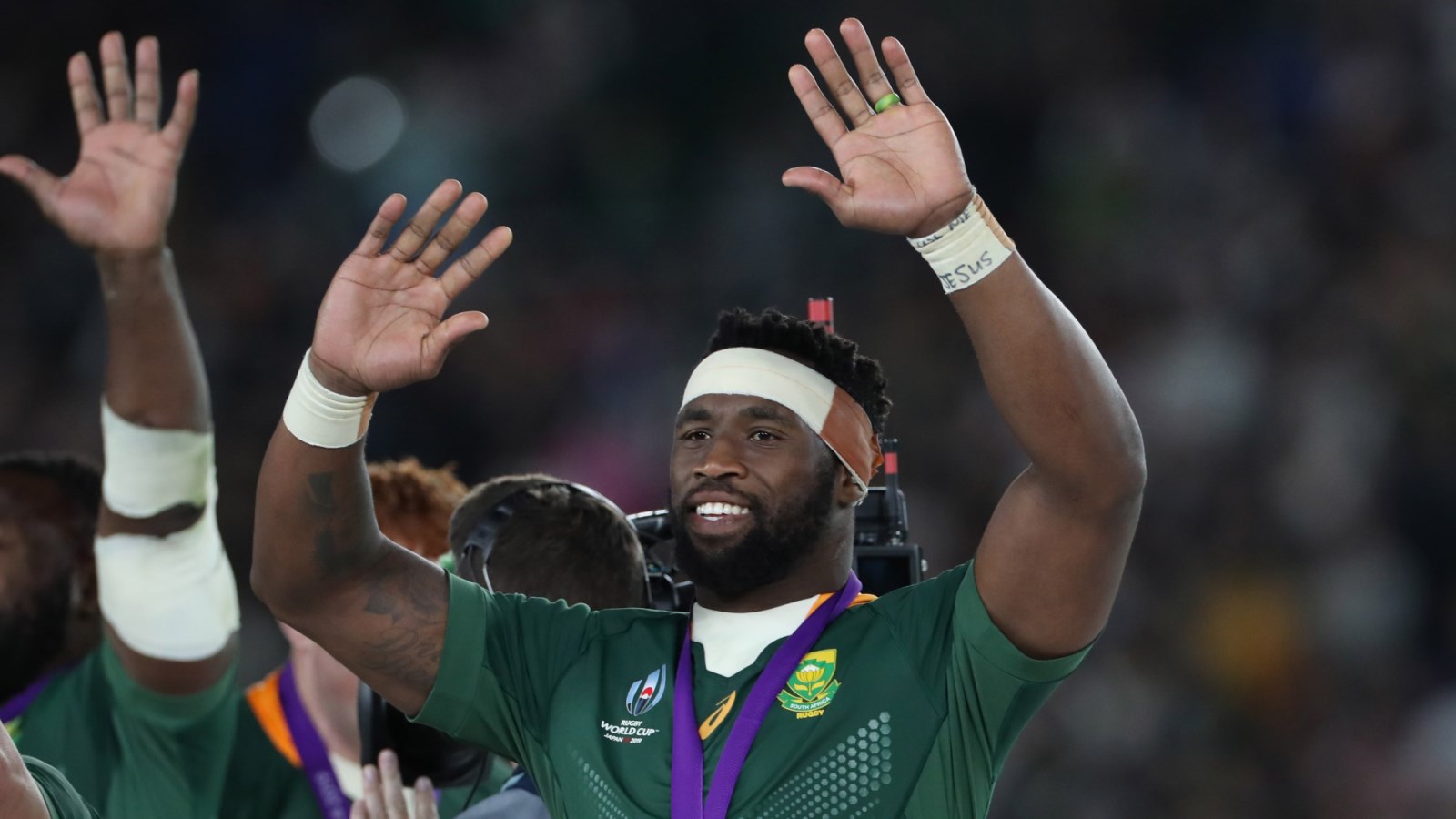 The Springbok captain follows in the footsteps of Johnny Sexton in receiving the award, which recognises the individual who has made the greatest impact on rugby in the past 12 months.

Kolisi, who became the first black captain of South Africa, has been a transformative figure in the global game.

From growing up in a township outside Port Elizabeth to captaining South Africa to global glory, Kolisi’s tale is as unlikely as they come.

And after being recognised by the rugby writers, he accepted the award with typical modesty, thanking his teammates and all South Africa supporters for their part in helping him lift the Webb Ellis Cup.

He said: “I’m really honoured to be accepting this award. It’s a huge honour and privilege on behalf of me and my teammates. Without them I wouldn’t have achieved this. On behalf of South Africa, thank you for supporting rugby and supporting us as a country.

“This will mean a huge lot, especially to the people who have been supporting us. It’s great to see rugby is recognised and the game is growing. Thank you for this, this is not just for me and my teammates in South Africa, it’s for all rugby players around the world. Let’s keep growing the game.”

It’s an honor & a privilege to receive this recognition from the @RUWCOfficial for the 2020 Pat Marshall award. To everyone that has been supporting me, my teammates, our sport, and our country, we will use this moment to continue bringing positive change to South Africa. 🙏🏿🏆🇿🇦 pic.twitter.com/xBrc1UQqSq

At 28, Kolisi is at the peak of his powers, and should be a key man for South Africa when they take on The British & Irish Lions on their 2021 Tour of the country.

Erasmus, who coached the team to glory in Japan, is now in a different role, having reverted to being the director of rugby at the SARU.

His successor has not yet been announced, although forwards coach Matt Proudfoot will join England in the same role.

The new coach will have to be in place for South Africa’s mid-year Test series against Scotland, two Tests in July, before a further clash with Georgia ahead of the Rugby Championship.

In November the Springboks will play three Tests, against Italy, Ireland and France, before heading into 2021 and their much-anticipated meeting with the Lions.