Pieter-Steph du Toit has vowed to do everything in his power to be selected for South Africa when The British & Irish Lions visit in 2021 after receiving his latest accolade. [more] 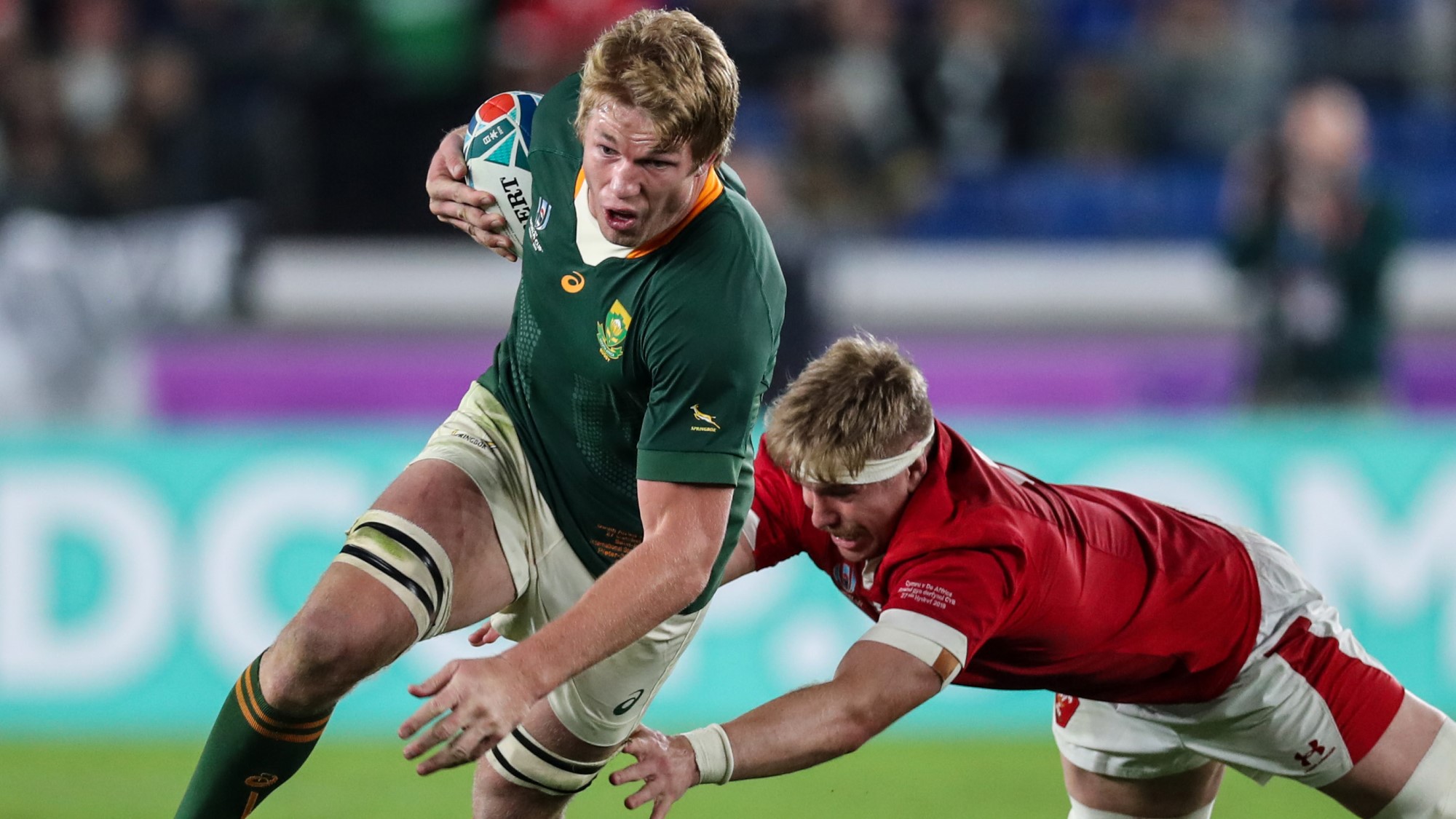 Du Toit was recognised for his powerhouse performances for Rassie Erasmus’ side as the Springboks clinched the Rugby World Cup in Japan and the Rugby Championship.

In doing so, he became the only the third player – behind Naas Botha and Bryan Habana – to take the title for a third time after also winning the award in 2016 and 2018.

And when asked about his future plans, Du Toit was quick to stress the importance of the 2021 Tour as he looks to lock horns with the Lions next year.

“I will do everything from my side to be able to be selected for the Lions Tour to South Africa,” he said. “That is something that will play a massive role [in my future].”

Du Toit played a key role as South Africa edged out Wales 19-16 in their World Cup semi-final before also featuring heavily in their historic 32-12 triumph over England in the showpiece final.

Erasmus was also honoured for his role as he received Coach of the Year while the Springboks were awarded the Team of the Year award.

Mark Alexander, president of SA Rugby, congratulated all the winners for their contribution to a memorable 2019 season in South Africa.

“Pieter-Steph led the charge for the Springboks and he deserves this accolade to go with his World Player of the Year Award,” said Alexander.

“The 2019-season will be ingrained in our memories for decades to come, thanks to Rassie, Siya and the Springboks, but all our national teams did well and we are proud of all the winners.

“At franchise and provincial level we also saw an upward surge which bodes well for the forthcoming season.

“Congratulations to all the winners and to all our teams, coaches and players across all levels here in South Africa, best of luck for the 2020 season – may we continue to spread hope and happiness.”