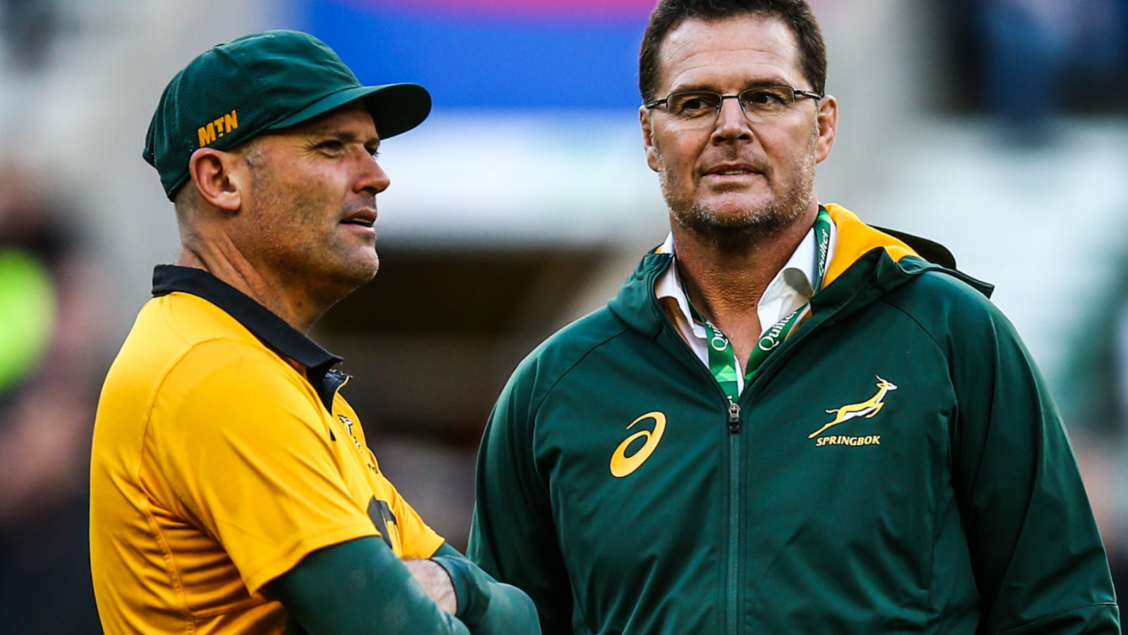 Jacques Nienaber has revealed his pride at being appointed the new head coach of South Africa.

This is a massive honour and responsibility, but I think I have a good understanding of what it entails.

The 47-year-old, who was an assistant coach as the Springboks claimed World Cup glory last year, will succeed Rassie Erasmus and is set to be at the helm when The British & Irish Lions tour South Africa in 2021.

Nienaber will work with Erasmus, who is now the director of rugby, and believes he is well placed to carry on the success South Africa have enjoyed in recent times.

He said: “This is a massive honour and responsibility, but I think I have a good understanding of what it entails.

“I’ve worked with Rassie in a coaching capacity for nearly two decades now and we have a very good idea of how each of us thinks and as I’ll still be reporting to him our working relationship won’t be changing.

“It’s a big step-up for me in terms of carrying the day-to-day leadership role and there’ll be other adjustments but in many ways it will also be business as usual. We’ve built up a good culture over the past two years and we’ll simply be looking to extend that.”

Nienaber’s appointment underlines a commitment to continuity following his promotion to the headline role, although director of rugby Erasmus will still carry the responsibility for Springbok performances.

“Jacques is highly experienced and has worked with the Springboks on three separate occasions now so knows exactly what the job is about,” said Erasmus.

“Jacques will be responsible for the Test match preparation and day-to-day team operations but, as the director of rugby, I will be with the team for the majority of the time and in the coaches’ box with Jacques at matches.

“I’ll still be responsible for the strategy and results with Jacques taking operational control. The structure allows the director of rugby to spend more time on other aspects of the role.”

Nienaber will work with Deon Davids who comes in as forwards coach, while Daan Human arrives as scrum coach.

Mzwandile Stick continues in his role as assistant coach, with Felix Jones also continuing but in a new role as a European-based coaching consultant.

Nienaber will take charge of his first game against Scotland on July 4.

With the Lions tour fast approaching, Nienaber will likely be looking ahead to leading the Springboks on home soil.

South Africa rugby CEO, Jurie Roux, certainly has one eye on the 2021 Tour and believes the new coaching set-up will be able to build a strong side.

“We are defending the Castle Lager Rugby Championship title in 2020 and are already looking forward to the visit of The British & Irish Lions in just over 18 months’ time so there is no let-up for the team,” he said.

“Rassie will remain the director of Springbok affairs but this is a deserved opportunity for Jacques to come out of the shadows and provide Test experience.”