Wales up and running with big win over Italy 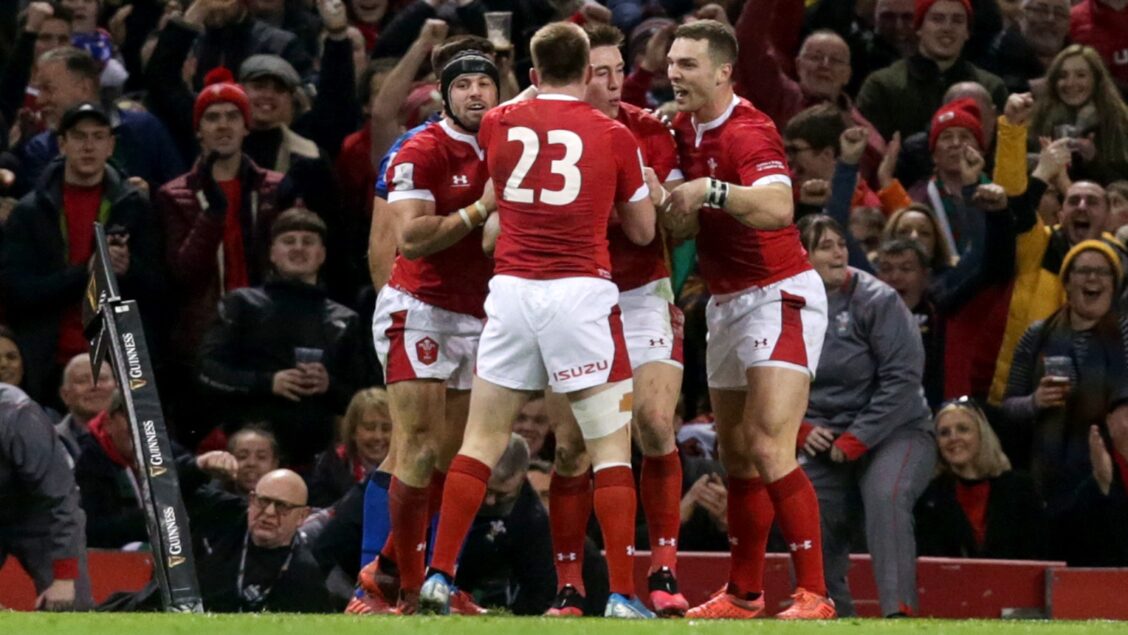 Josh Adams scored a hat-trick as Wales opened their Six Nations campaign with a 42-0 win over Italy in Cardiff.

The winger, who was the top try-scorer at the 2019 Rugby World Cup, went over twice in the same left corner in the first half before finishing with a flourish in the final play.

And after the break Nick Tompkins, for his first cap, and George North went over to clinch the bonus point with four minutes remaining.

Wales opened up an early lead through the boot of Dan Biggar, the fly-half slotting three penalties in the first 16 minutes to make it 9-0.

Italy had shown flashes, but they could not find a way through the Wales defence.

The home side, however, were clinical when they had a lineout just outside the 22. It was a fairly simple move but pinpoint passes from Nick Tompkins and then Leigh Halfpenny put Adams over in the corner.

Biggar could not convert from out wide, but made up for it soon after from a similar position.

With Wales pushing hard on the right, Tomos Williams went to the blindside off a ruck, and Biggar produced a delightful between the legs pass to send Adams over in the same spot. He converted this time to make it 21-0 at the break.

Italy enjoyed some territory early in the second half but the resolute Welsh defence held out, and just before the hour they got a third try of the afternoon.

It came from debutant Tompkins, who was on hand to race through after an initial break in midfield by fellow replacement Cory Hill.

North thought he had the bonus-point score soon after when he was put clear by Tompkins, but the centre had knocked the ball on earlier in the move and the try was chalked off.

But he did get his try in the end, powering over from close range after the Welsh forwards had worked their way up to the whitewash.

And there was still time for Wales to add one more, Adams crashing over from close range after Italy had looked to run the ball out from their own 22.