Rob Wainwright hailed the support of the “rugby family” after leading a charity cycle ride from London to Edinburgh in support of Doddie Weir and Tom Smith. [more] 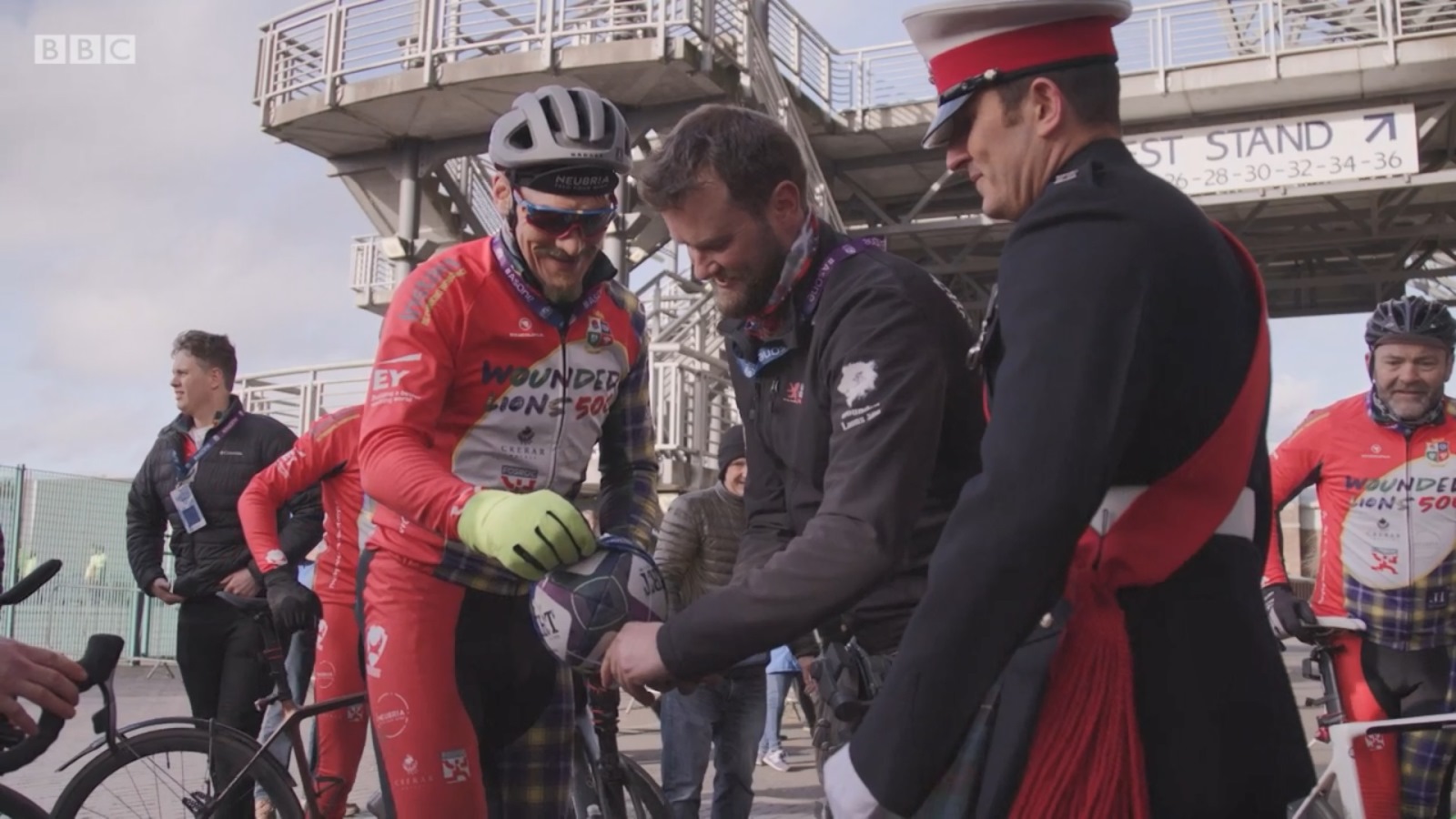 The former Scotland captain was joined by a host of friends and former rivals as part of the ‘Wounded Lions 500’, who pedalled between Twickenham and BT Murrayfield in 48 hours.

Wainwright and his team departed from Twickenham on Thursday to deliver the match ball for kick-off ahead of the Calcutta Cup clash between Scotland and England at 4.45pm on Saturday.

The Wounded Lions 500 team have already raised over their initial target of £100,000 in aid of two charities close to the hearts of all involved: My Name’5 Doddie Foundation and 40tude.

My Name’5 Doddie Foundation was set up by former Scotland player Weir to raise money for research into motor neuron disease, which Weir was diagnosed with. 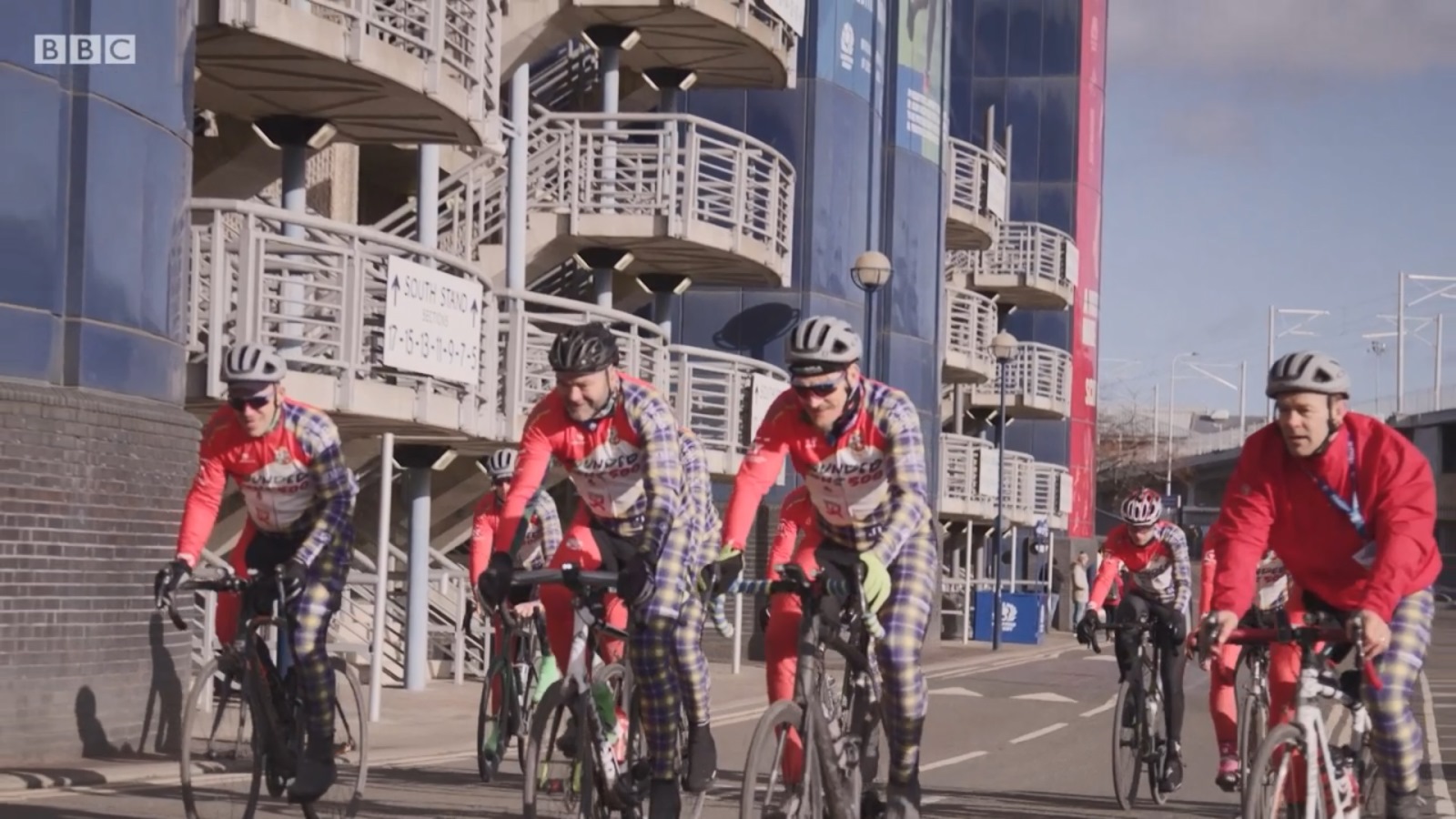 40tude is a charity that works to fund research into diagnosis of and treatment of colon cancer, chosen by former Scotland international and Lions tourist Smith.

Smith, who is going through chemotherapy himself, joined the team for 30 miles of the ride – and Wainwright was overwhelmed by the support they received along the way.

“It’s great to be able to show our support for Doddie and Tom, two teammates from Scotland and the Lions,” said Wainwright, speaking to the BBC after they reached their destination.

“It’s taken a bit of a toll, I’ve lost my voice and we’ve had one-and-a-half hours sleep in the last two days I think but the actual riding was quite enjoyable.

“What we met along the route from the rugby clubs that put us up, the rugby family coming together, was absolutely great once again.

“It was just such a thrill to have Tom there and he did the first 30 miles. He then got on the plane and flew back for his chemo which is just unbelievable. That’s the calibre of the man. 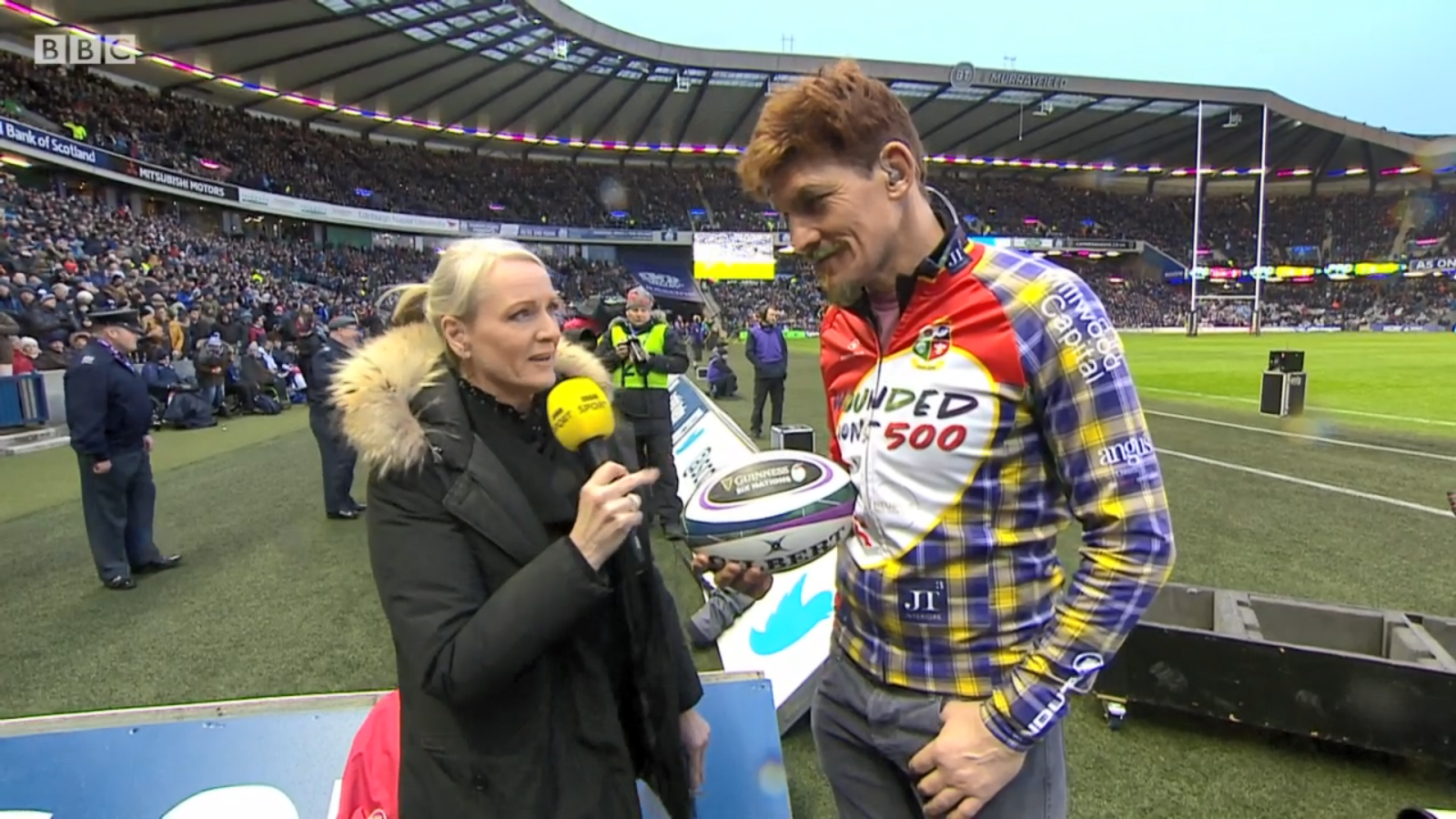 “The main problem was the lack of sleep, not being able to focus anymore. Your eyes stop working but other than that the legs worked and everyone – I think – enjoyed it.”

This was the second year running the ride has taken place, having raised £65,000 in 2019, and once again those taken part had only a few hours of sleep in order to get the ball to Edinburgh in time.

England’s John Hall and Ireland’s Paddy Johns were also among the former internationals taking part, with both men completing the full 500 miles from London to Edinburgh.

All donations are warmly received on the Wounded Lions 500 fundraising page here.

More information about the initiative is available here.

News
Previous story Itoje: Why you should join the Lions on the 2021 Tour to South Africa
Next story Gatland triumphs again in Super Rugby as Chiefs catch the eye