South Africa have been recognised once again for their historic Rugby World Cup triumph after picking up the Laureus World Team of the Year award in Berlin. [more] 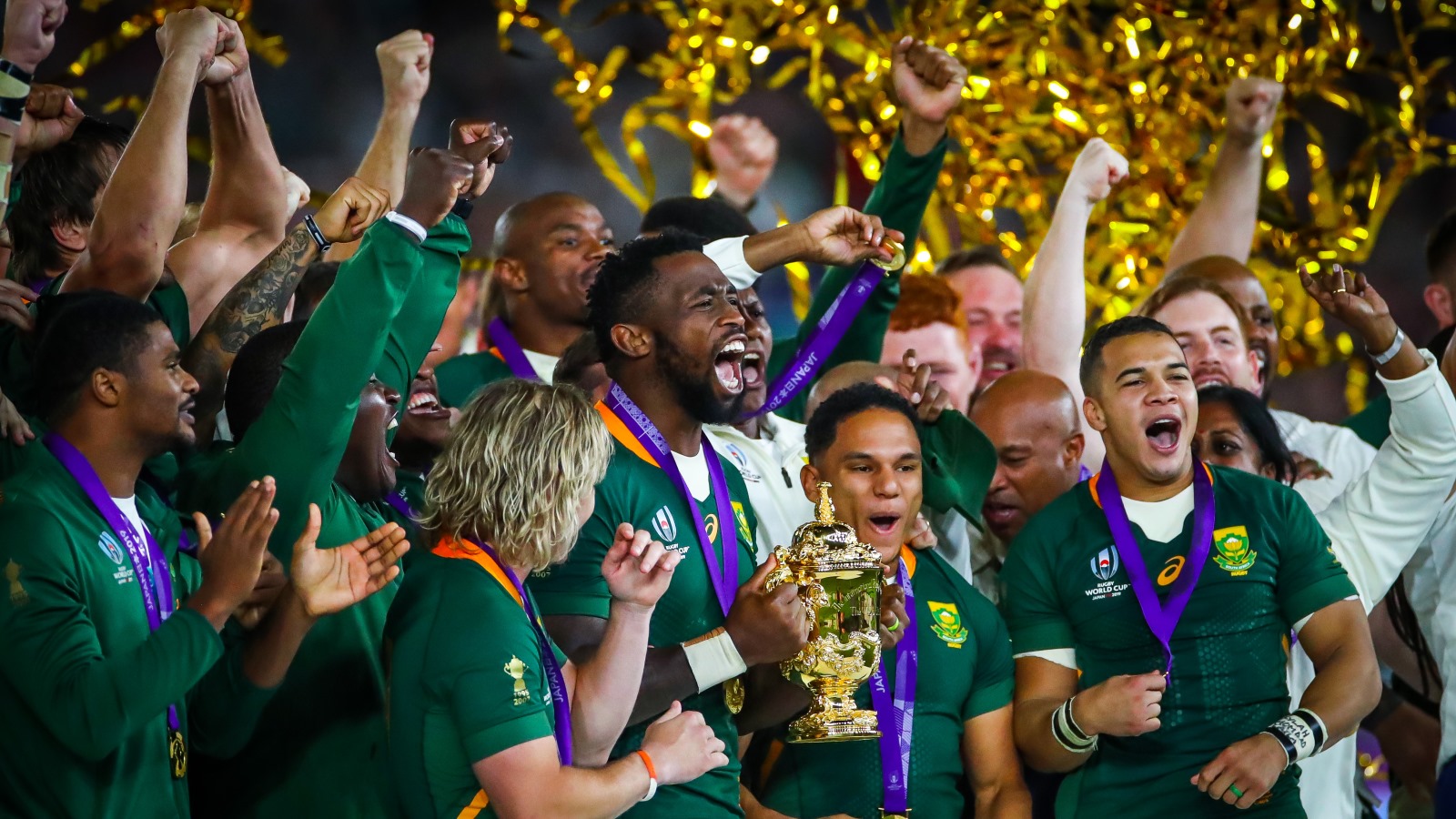 The Springboks beat the US Women’s Football Team, Liverpool FC, the Toronto Raptors, Mercedes-AMG Petronas and the Spanish Men’s Basketball team to win the top prize.

It was just reward for a successful 2019 for South African rugby in which they won their third World Cup title by comprehensively beating England 32-12 in the final in Japan.

South Africa flanker Siya Kolisi, who became the first-ever black Springbok captain after being appointed in 2018, paid tribute to the diversity in the squad after accepting the award.

“When Nelson Mandela spoke 20 years ago about the power of sport to unite I can honestly say I felt it,” he said. “In 1995 I was a bit too young but I felt it with this group of players.

“In this group, we have Afrikaans guys, Khosa guys and guys from the farms. We all have different challenges, but we came together because of the game that we love which is rugby.

“We came together because we had one goal and we fought so hard for each other because our country at the time was going through such a difficult period.

“Our main goal was to make sure we came together and do the best that we can in the sport that we love, we gave everything. 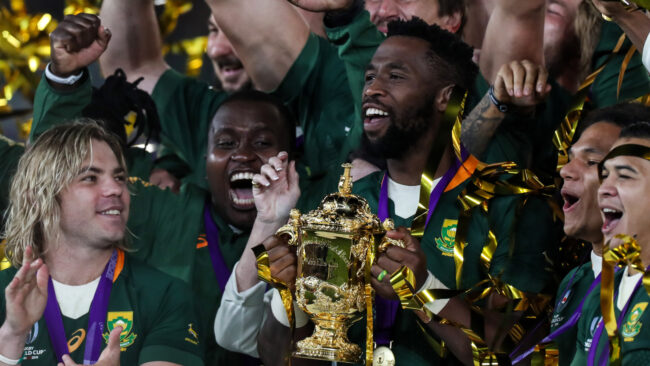 “And we didn’t only see South Africa come together when we brought back the trophy, we inspired lots of kids to live their dreams.

“Now a kid from the township who can’t afford school shoes to walk to school and who doesn’t eat each and every single day can stand here and be a Rugby World Cup-winning captain.

“Some guys from the farm can become Springbok coaches, [Cheslin] Kolbe has a beautiful story as well as he’s been told that he can’t make it so many times and he fought against that.

“Now he’s one of the best players in the world. Francois Louw came from a family with a rich rugby history and he had to fight to make his own path and now he’s made it here.”

He added: “One last message to all the sportsmen, just keep on doing what you’re doing.

“It’s not just about you, there’s people who are looking at you and we touch people’s lives in ways that governments and politicians can’t do.

“You can touch and change a kid’s life, you may not even know who he is or where he is from but one day he will look at you and say, ‘I want to be like that’.”

The Springboks, who are currently top of the World Rankings, welcome Scotland this summer for a two-match international tour ahead of the Lions’ arrival in July 2021.

Speaking after the Awards Ceremony, SA Rugby President Mark Alexander said: “We are absolutely bursting with pride and would like to congratulate Rassie [Erasmus], Siya and the Springbok team, as well as the management for receiving this fantastic award.

“They were so heroic on the field and through their excellent off-field conduct, they were true examples of excellent South African ambassadors,” Alexander added.

“Our country can be very proud of this team and what they have accomplished in such a short space of time. They made an amazing turn-around to establish the Springboks once more as a major force in world sport.

“On behalf of SA Rugby, I would like to congratulate the entire Springbok team and management on this fantastic accomplishment. We saw how powerful a successful Springbok team can be, uniting South Africans from all walks of life, and we are immensely proud of their achievements.”