Lions Lowdown: Lawes stars as Hogg steps up to the plate

This weekend’s Guinness Six Nations fixtures brought heaps of entertainment as both English and Scottish victories opened up the standings with teams gearing up for the final two rounds of the Championship. [more] 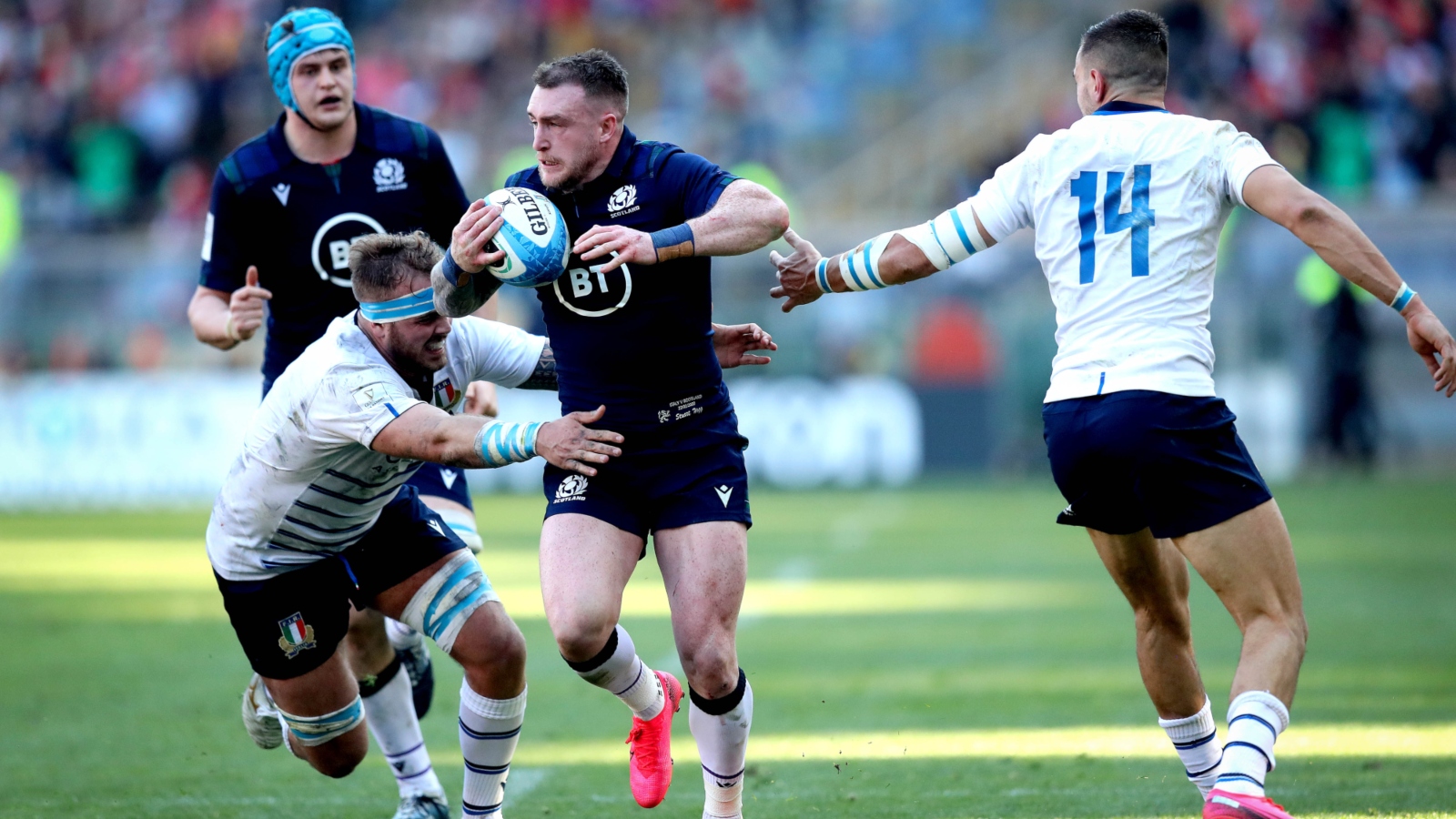 Stuart Hogg scored a stunning solo try to mark his first victory as Scotland captain away against Italy in Rome.

Meanwhile, Wales were edged by table toppers France at the Principality Stadium despite fighting back in the second half.

And Eddie Jones was in high spirits again after England brushed away Ireland to keep their Six Nations title hopes alive.

Scotland soared to their first victory of this year’s Championship by defeating bottom placed Italy as captain Hogg – a two-time Lions tourist – bounced back from a tricky two games by scoring a world-class try in the first half.

Former British and Irish Lion Gareth Thomas believed that Hogg’s performance proved to be a huge weight lifted off his shoulders.

He told ITV: “In a game of opportunities that was an opportunity that was taken and it was really worth waiting for.

“There has been a couple of turnovers, and what is great about a good fullback if that they see opportunities really early.

“From the moment that Hogg made the break you could feel he was going to try and go all the way. I think that nobody, once he broke the line, was going to stop him.

“It’s great, he holds the ball tight and it was a great reaction by him but also by his teammates because I think they understand that was a release of pressure.”

Wales’ hopes of achieving consecutive Grand Slams were dashed after a defeat to France, but Jonathan Davies saw positives in their performance.

“What’s great from a Welsh prospective is the pressure at the end there,” the 2013 and 2017 Lions tourist explained on BBC.

“The French defence was bending but it just didn’t quite break. The boys just need to keep up the confidence and keep moving the ball.

“When you go up against a blitz defence you got to make sure you have numbers in and around the ball, so you are not uncertain on where the ball is going to go.”

Three-time Lion Lawrence Dallaglio praised Courtney Lawes after the flanker put in a man-of-the-match performance on his 31st birthday against Ireland.

He told ITV: “Courtney Lawes he was something else today. Absolutely superb. They talk about Tom Curry and all the focus has been on him but what they really needed was someone to fill the void of Billy Vunipola and Courtney Lawes certainly did that with his carrying.”

England came firing out of the blocks in the first half and went in at the break with a 17 point lead and Dallaglio believes the performance was one of the best under Eddie Jones.

“They announced themselves at this Championship. That was probably their best performance since the semi-final against New Zealand in Japan. All the best performances under Eddie Jones have come when England have come out of the blocks hard and fast, got on the scoreboard early to allow them to dominate the game.”