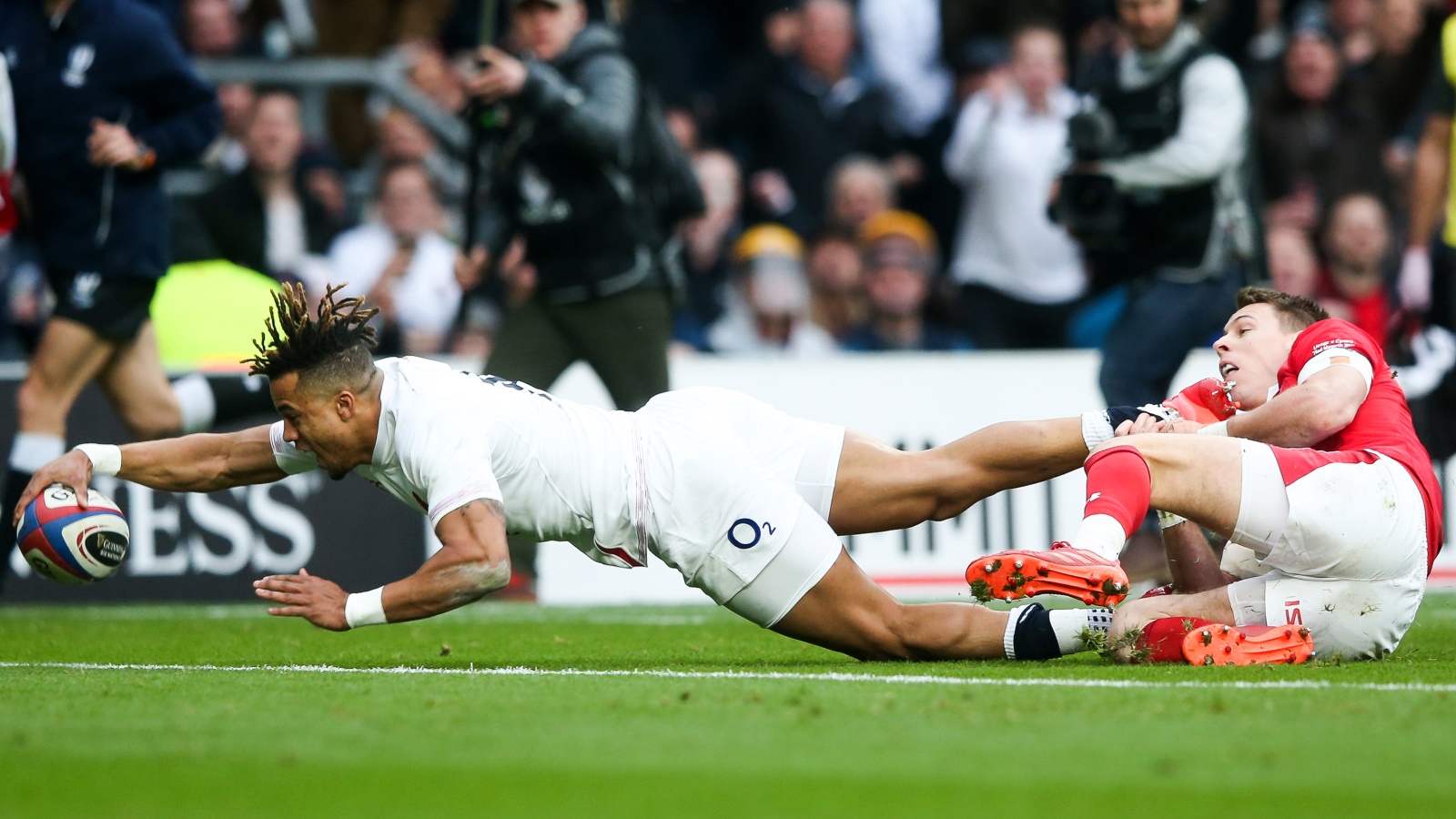 Tries from Anthony Watson, Elliot Daly and Manu Tuilagi saw England complete their first Triple Crown since 2016 with a 33-30 success over Wales at Twickenham.

Watson and Daly both went over in the first half for the hosts, with Wales’ only form of reply coming from the boots of Leigh Halfpenny and Dan Biggar, as Eddie Jones’ side went in 20-9 to the good at the break.

Justin Tipuric’s try within seconds of the restart threatened to get the visitors back into the game, but the boot of Owen Farrell and Tuilagi’s score put the game to bed midway through the second half.

The centre’s joy was short lived though, as he saw red late in the game for making contact with the head of George North with his shoulder, before Biggar and Tipuric scored late consolations, as Wales suffer their third straight Championship defeat.

Watson wasted no time in getting on the scoresheet on his return to the starting XV, as the wing surged over after just four minutes to get the hosts off to the perfect start.

The boot of Halfpenny kept Wales in touching distance as the game went on, with the fullback notching two penalties, while Farrell added another three points for England before the half hour mark.

Daly then got the second try of the day minutes before the break, as the fullback was fed the ball on the left, before darting towards the line to send the Twickenham crowd into ecstasy.

Farrell kicked another penalty through soon after, before Biggar returned to kicking duties for Wales to reduce the lead to 11 points at the break.

Wayne Pivac’s side wasted no time in getting themselves back into the game after the interval, as they went from one end of the Twickenham pitch to the other straight from kick-off in an excellent flowing move.

Nick Tompkins collected the high ball, before exchanging passes with Josh Navidi to set the ball in action down the Wales right.

With the England defence all but left for dead, Tompkins then fed Tomos Williams, who had Tipuric for company on his left shoulder, and the Cardiff Blues man was sent through to score after just 22 seconds of the second half.

After giving themselves a lifeline, the visitors’ lack of discipline put them back at square one, as Farrell and George Ford kicked a penalty each to restore the lead back to ten points.

And the win was all but wrapped up on the hour mark, as Tuilagi was played in for the easiest of scores after another wave of pressure on the Wales try line eventually bore fruit.

The visitors threw everything at England to try and get back into the game, with the hosts’ defence mainly staying firm, but a late yellow for Ellis Genge and Tuilagi’s red saw them finish the game with 13-men.

Biggar and Tipuric made the most of the two-man advantage with two late scores to secure a losing bonus point, but it was ultimately too little too late for the reigning champions.