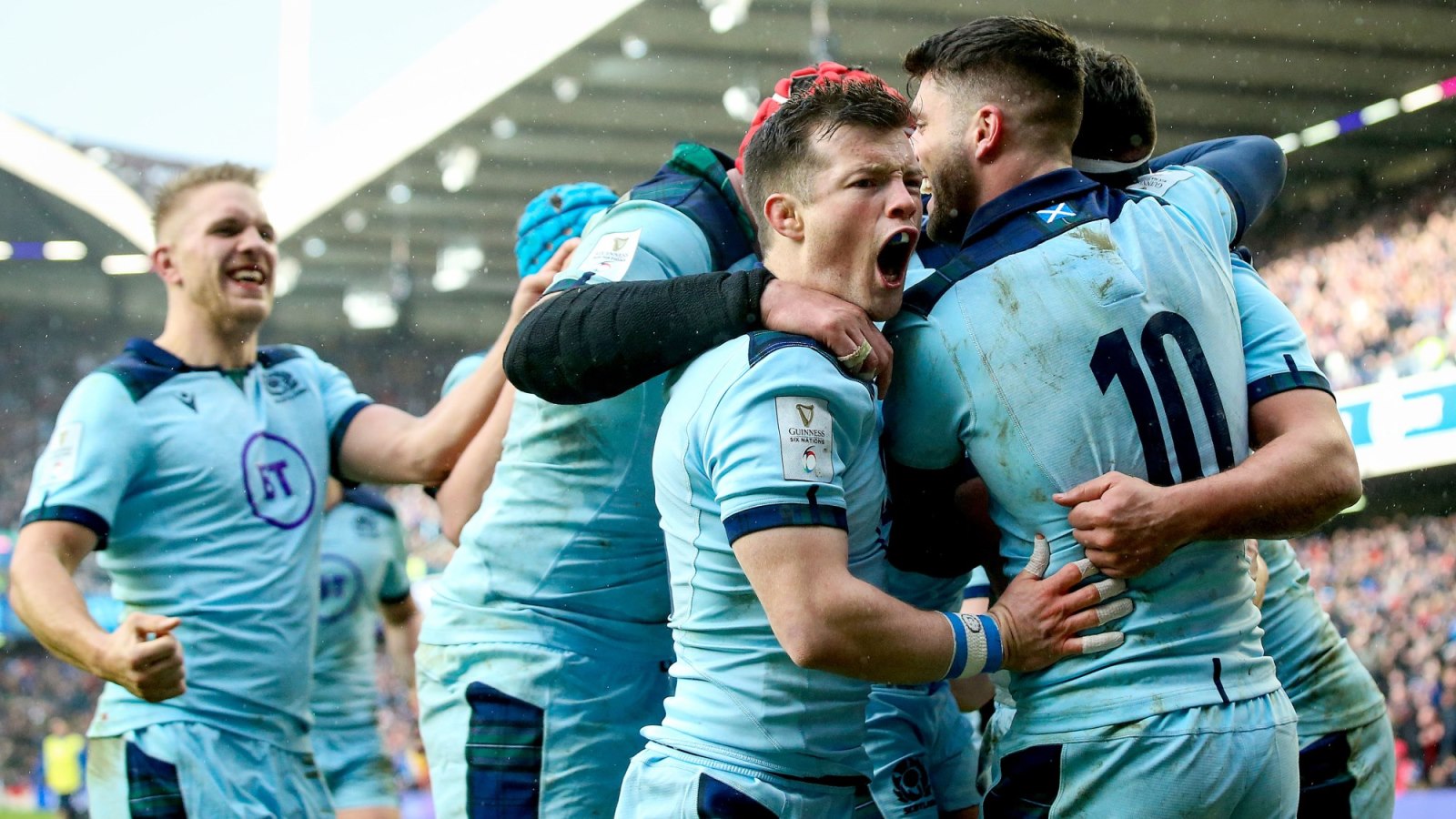 The 2013 British & Irish Lion winger scored a try in each half for the hosts after Les Bleus were reduced to 14 men when Mohamed Haouas was sent off just before the interval.

Stuart McInally also dotted down for Scotland, while Adam Hastings kicked 13 points, to secure the result despite France hitting back with tries from Damien Penaud and Charles Ollivon.

The victory was Scotland’s fourth in a row against France at BT Murrayfield in the Championship and skipper Stuart Hogg praised his side for the way they handled the pressure on them.

“The only pressure that we feel is the pressure we put on ourselves,” he said. “We challenge ourselves on a daily basis and there’s no better feeling than winning in this jersey.

“We came out here to win and we’re chuffed to bits with that. We’ll enjoy tonight, recover well and get ready for Wales next week.”

Knowing a win would take them a step closer to Grand Slam glory, France started quickly and almost took the lead after three minutes only for Romain Ntamack’s kick to go wide.

But it soon started to go wrong for the visitors as Francois Cros was sin-binned for a dangerous tackle before Ntamack was forced off injured, with Matthieu Jalibert replacing him.

With momentum on their side, Scotland piled the pressure on the French scrum and won a penalty which Hastings slotted to give Gregor Townsend’s side the lead. 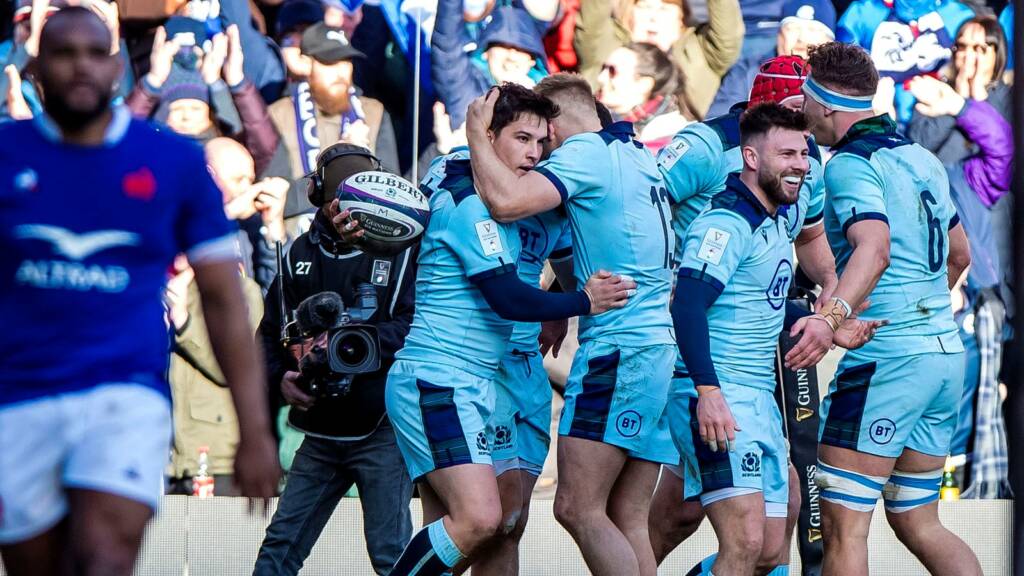 Further France indiscipline cost the visitors another three points on 20 minutes, with Hastings firing over his second penalty after Les Bleus were penalised for slowing the ball down illegally.

France responded just after the half hour when Penaud completed a wonderful move after the foundations were laid by the forwards, with Jalibert adding the extras.

Yet the tide turned once again on the cusp of half-time when Haouas saw red for a moment of madness, with Hastings capitalising almost immediately from the resulting penalty.

And there was still time for Maitland to cap off a perfect first half for the hosts, diving over in the corner following a slaloming break from Hastings to extend their advantage to seven.

The calmness of Hogg then set up Scotland’s second try after the restart, setting off on a counter attack and putting Chris Harris into space before Maitland scurried home for his second.

Any doubt about the result was put to bed when McInally crossed the whitewash, with Hastings converting again, thundering up the touchline before dotting down.

France skipper Ollivon gave his side a glimmer of hope with five minutes to play after a sweeping move launched by Gael Fickou and continued by Jalibert, who also converted.

But it was too little, too late for France as Scotland came within a whisker of a bonus-point try and while it didn’t arrive, the hosts were able to celebrate a memorable success.