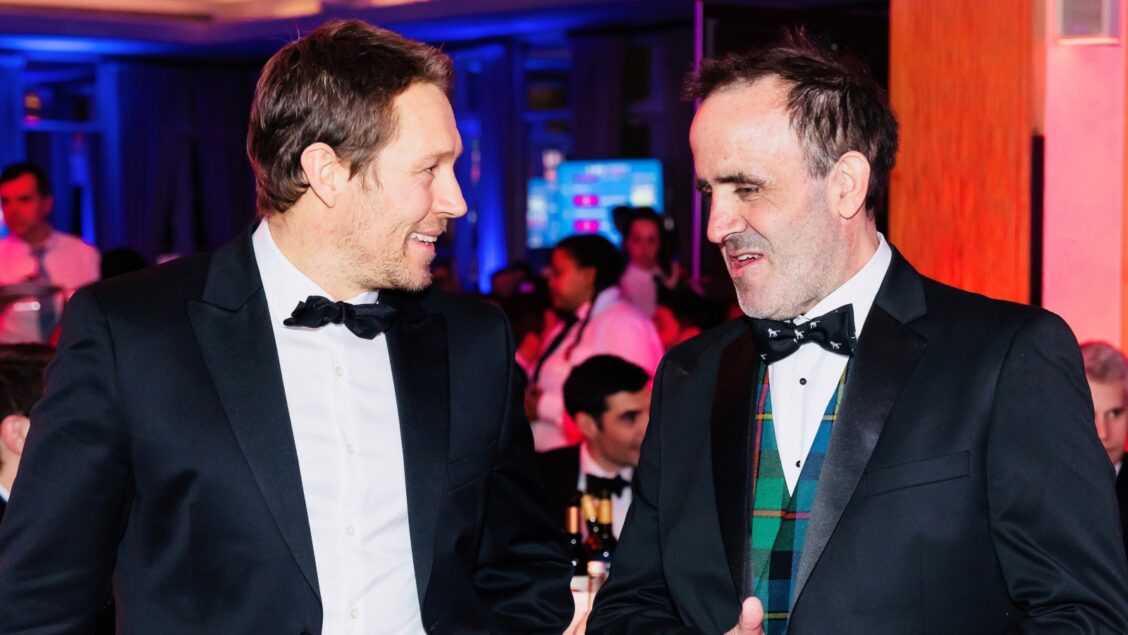 Jonny Wilkinson was among those in attendance at the event to celebrate Tom Smith. (Images courtesy of Fireball Ltd)

A host of British & Irish Lions were in attendance as members of the rugby community gathered to support Lions, Scotland and Northampton legend Tom Smith.

Around 40 Lions players from across nations, eras and Tours were present at the two events which celebrated the outstanding career of Smith, who captained Scotland and played six Tests for the Lions, starting all three Tests in 1997 and 2001.

Smith was diagnosed with Stage 4 cancer in November and quickly expressed his desire to fight the disease and support his family. The rugby community has rallied around with events held in Scotland in December.

The former Glasgow Warriors and Northampton Saints prop made 61 appearances for Scotland and memorably helped his country win the Five Nations Championship in 1999. 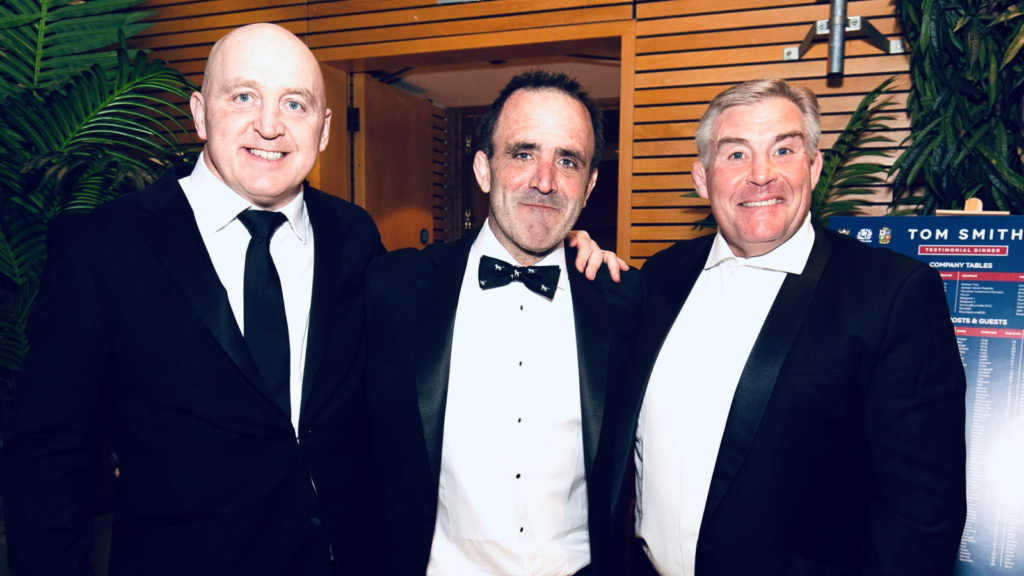 Two years prior to that triumph Smith went on the Lions Tour to South Africa where he made a telling contribution in the front row. He also starred in the Lions No.1 shirt in Australia four years later.

Smith hung up his boots in 2009 before becoming forwards coach at Edinburgh and then held the same position at Lyon.

Lions chairman Jason Leonard who went on two Tours with Smith was among those in attendance at this week’s events.

“We had a wonderful night celebrating Tom and his amazing career for the Lions, Scotland and Northampton Saints among others,” Leonard said.

“There were two brilliant events over two nights and it was wonderful to see people make a special effort for a fellow Lion and fellow rugby player.

“Tom is getting had huge support from the rugby and sporting community in Scotland and beyond. 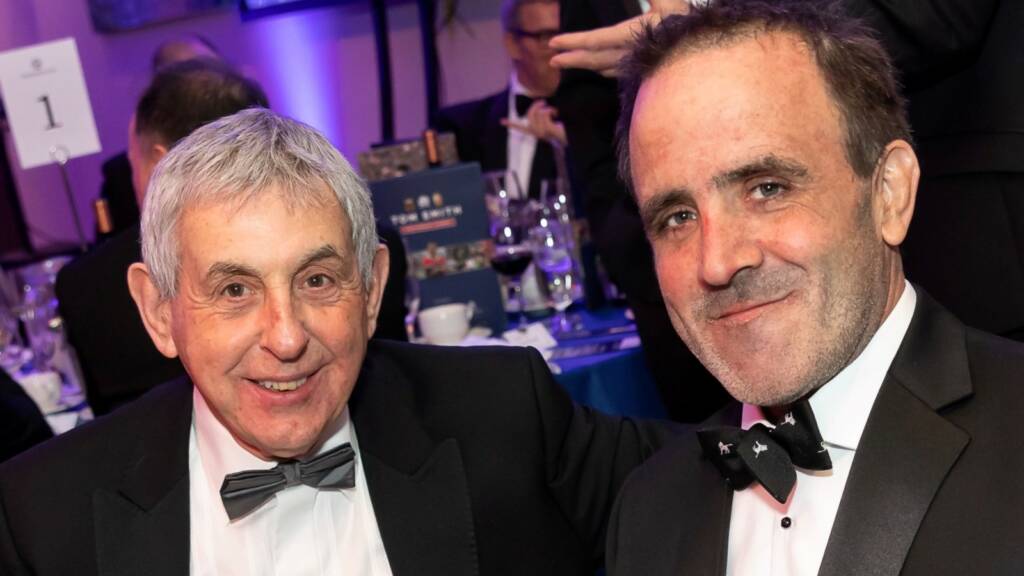 “If we as a community of Lions players can play a role in helping him, that is what it’s all about.

“Tom is an inspiration to all of us and we’re all determined to continue doing what we can for him and his family.”

That’s what the rugby family is all about. Two great nights supporting one of the toughest players I played with. We are all right behind you Tom.

So we did it all again last night for Tom Smith and what a night it was. So much love and appreciation in the room for one of the good guys who is fighting the good fight. Keep going Tommy!@Scotlandteam @lionsofficial @TomSmith_61 pic.twitter.com/5hn6MPPpfG

Had the most incredible couple of nights raising money for the legend Tom Smith… catching up with so many people it was awesome … this man was and still is a hero of mine and I had the privilege of playing in the @britishandirishlions jersey with him .. Keith wood thank you #legends #rugbyfamily

The calm before the laughter, nonsense, emotion and generosity. A huge honour to host @TomSmith_61 Testimonial Dinner at The Hurlingham last night. We laughed, we cried, we had a ball. Let’s do it all again tonight for this wonderful man. pic.twitter.com/jqO11t3PPG

Cannot get over the overwhelming love in the room from the rugby family for @TomSmith_61
Over 40 @lionsofficial & infinite numbers of @Scotlandteam & @SaintsRugby players turned out to show thier support
Somewhat epic! ❤️💙💚
Thank you 🙌🏻🙌🏻🙌🏻 pic.twitter.com/PNj8ynmYXH

What a brilliant night for a brilliant guy. Tough as nails on the pitch, now fighting like hell off it! Keep scrapping @TomSmith_61 👊🏼 pic.twitter.com/YadDbencKO

Wonderful evening of fundraising for @TomSmith_61. I have never seen so many former rugby players in one room. Says an awful lot about the man who doesn’t say an awful lot. Tom, you are a warrior. Keep fighting the fight. https://t.co/LIthjs92nj pic.twitter.com/3kXC51bBTT

For a man renowned for few words, was absolutely blown away by how
@TomSmith_61 spoke last night. True gentleman, family man and warrior. Keep fighting my friend.#rugbyfamily pic.twitter.com/hDlWs68R5t