The Mbombela Stadium, home to Pumas, will host The British & Irish Lions for the first time when they face South Africa A in the fourth warm-up match of the 2021 Tour. [more] 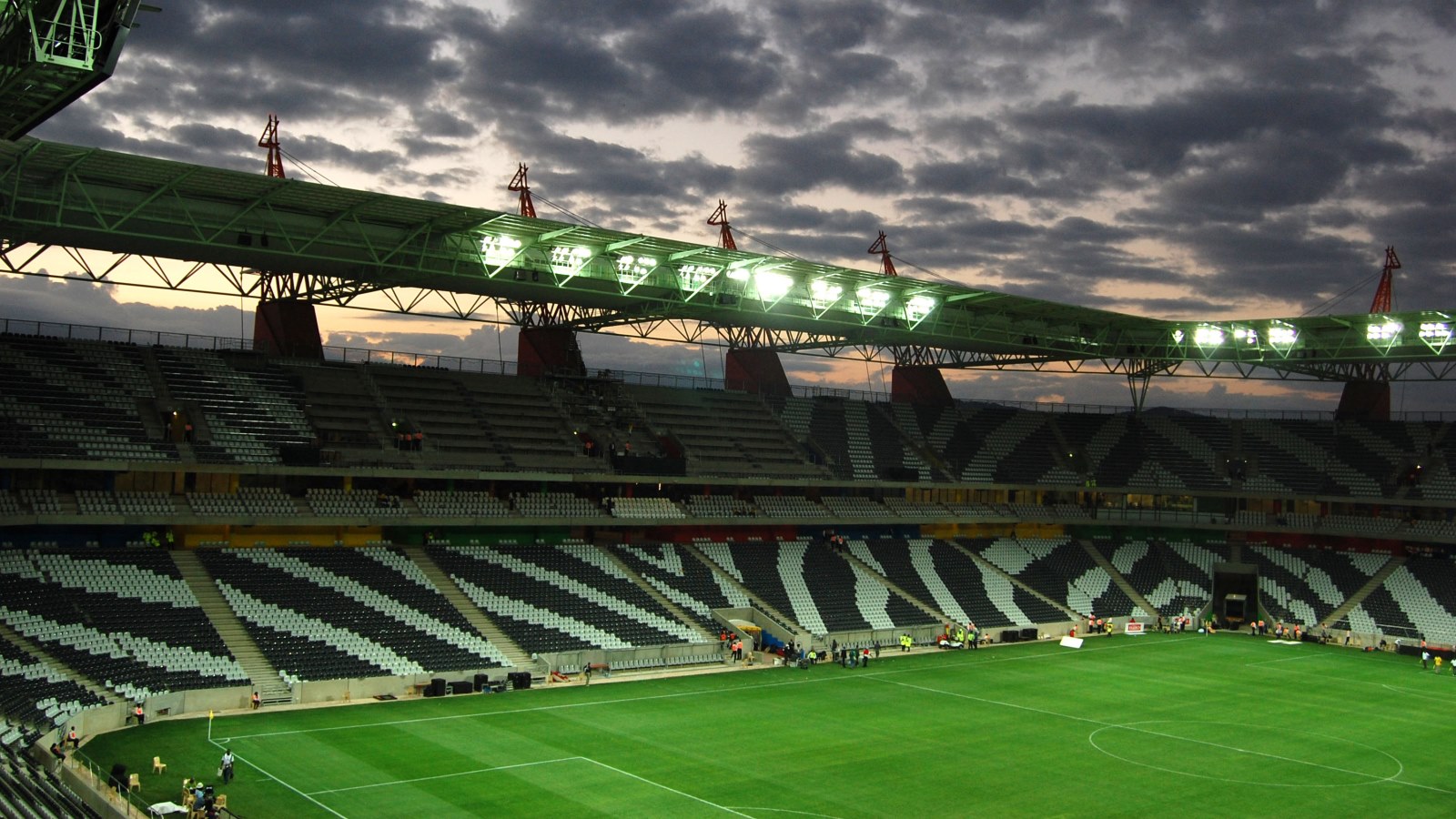 The 40,929-capacity stadium in Mbombela, formerly Nelspruit, opened in October 2009 after being the lowest cost new stadium built for the 2010 FIFA World Cup.

With a unique cantilever roof covering 94 per cent of the stadium’s seats, its compact nature gives spectators excellent sightlines from their black and white zebra skin patterned seats.

The Springboks will host the All Blacks at the ground in September 2020 before the Lions will contest their penultimate warm-up match before next year’s much-anticipated Test series begins.

Mbombela Stadium has become a regular fixture in the sporting calendar since opening in 2009, going on to hold four matches during the following year’s FIFA World Cup.

It most notably hosted New Zealand’s shock 1-1 draw with Italy before going on to hold eight African Cup of Nations games in 2013, including Burkina Faso’s semi-final shootout win over Ghana.

In its first rugby match in August 2010, Pumas overcame a 11-10 half-time deficit to beat the Blue Bulls 22-21 in a thrilling Currie Cup match.

The stadium’s first international action came in June 2013, when Samoa beat Italy before the Springboks beat Scotland 30-17 as part of a one-off four-team tournament.

The following year, South Africa defeated Wales 31-30 in the second Test of Wales’ 2014 tour while the city also happens to be the birthplace of two 2019 Rugby World Cup winners: Faf de Klerk and Duane Vermeulen.

THINGS TO DO IN MBOMBELA

The city of Mbombela, in the north-east of the country, was known as Nelspruit until it was renamed by the South African government in October 2009.

The capital of the Mpumalanga province, it offers plenty to those looking to make the most of their time in South Africa, especially animal lovers, when the Lions are not playing. 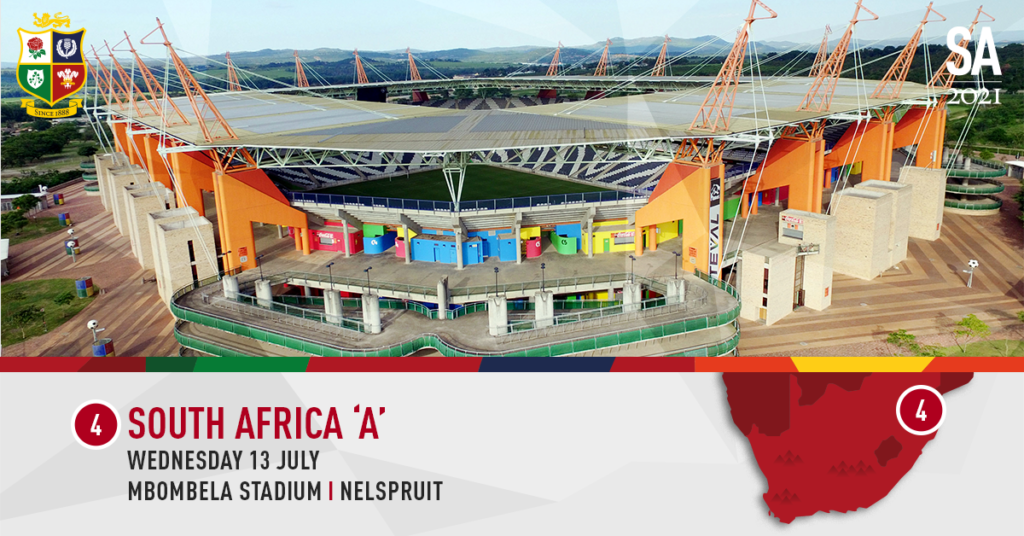 Kruger National Park is less than an hour’s drive from Mbombela. One of the world’s largest nature reserves, it is home to the traditional ‘Big Five’: Elephants, rhinos, buffalo, lions and leopards.

The flagship park’s wildlife is divided into six ecosystems across 4.8m acres and also features cheetahs, impalas, giraffes and 500 species of bird. It is also home to South Africa’s only dedicated elephant museum, Letaba Elephant Hall, as well as hundreds of archaeological sites.

There are many ways to enjoy Kruger’s animals, including game drives, an open vehicle safari tour, a one-day guide tour, bush walks, wilderness trails and a sunset safari.

OTHER ACTIVITIES TO EXPERIENCE

Away from Kruger, Lowveld National Botanical Garden offers an organised and colourful setting, full of paths bordered by vivid plants and a suspension bridge above forested areas.

South Africa’s only Chimpanzee sanctuary Chimp Eden opened less than ten miles outside the city in 2006 and has since featured as part of Animal Planet’s ‘Escape to Chimp Eden’.

Part of the Jane Goodall Institute and situated within the beautiful 1,000 hectare Umhloti Nature Reserve, it rehabilitates chimps rescued from traumatic situations.

Other popular attractions in Mbombela include the Sudwala Caves – one of Mpumalanga’s most popular tourist destinations – as well as Bourke’s Luck Potholes and God’s Window.

With a subtropical climate of hot summers and warm winters, Mbombela’s natural features and game reserves can be enjoyed all year round.

The city, which is twinned with Oslo in Norway and Maia in Portugal, is only 300km from Johannesburg, where the Lions will play the first and third Tests against South Africa.