Corbisiero shows heart of a Lion in cancer battle 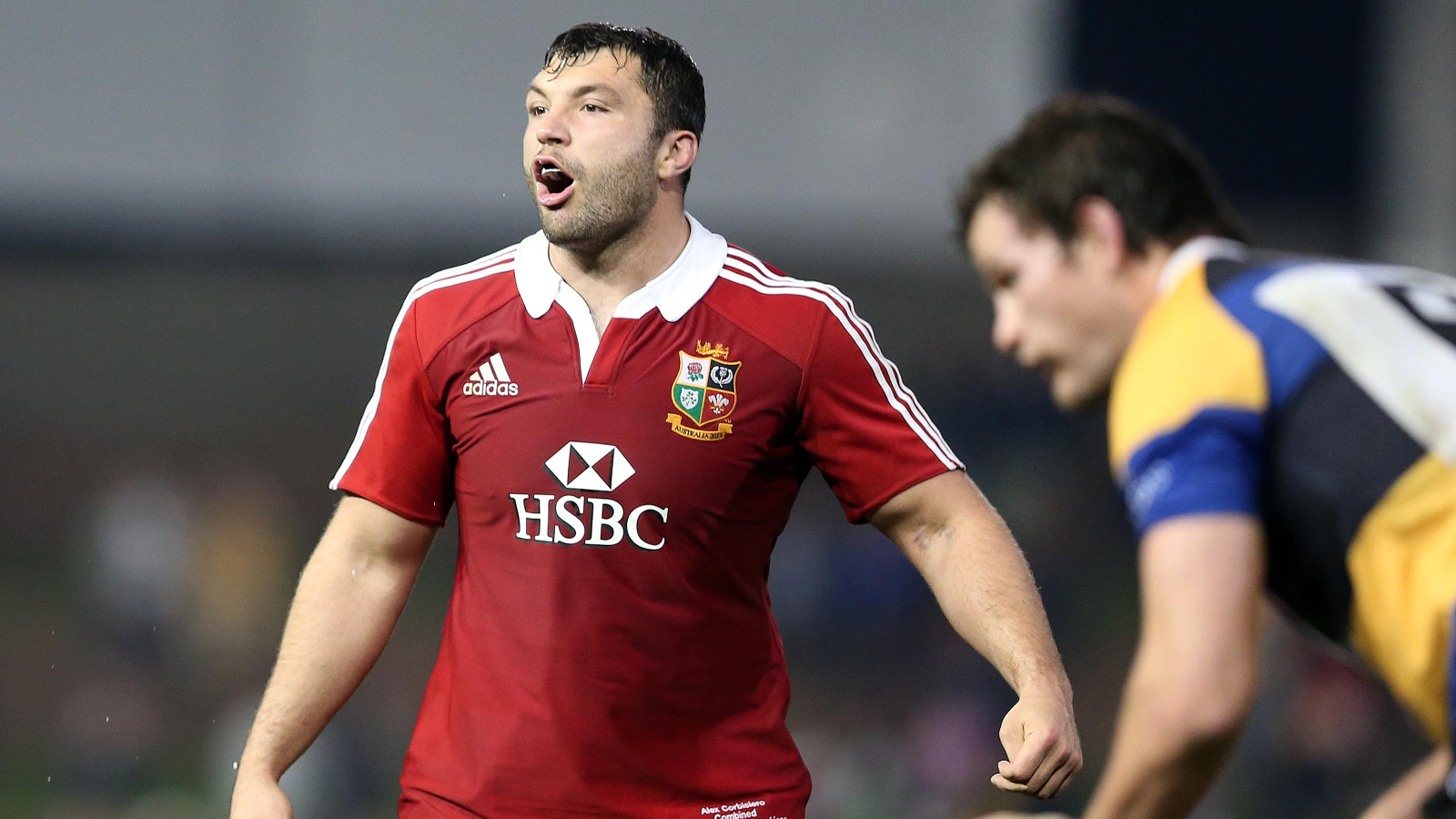 Why wouldn’t he? At 22 he was already turning out for England. Two years later he was scoring the opening try for The British & Irish Lions in their series-clinching third Test victory over Australia in Sydney.

Even for someone whose last game of rugby came shortly before his 27th birthday, Corbisiero had never been forced to consider his own mortality.

So last November, even though he was seeing a specialist because his testicle felt bigger and harder than normal, the verdict that he had testicular cancer hit him hard.

He explains: “It’s the first time you feel mortal. I’ve had tons of surgeries, knee surgeries, injuries but you always knew that if you do this, and do that, eventually you’ll get better.

“You’re there one-on-one, I didn’t know even know what the outcome would be, but I just said to the doc, I don’t want to die. You tell me what to do and I’ll do it. That’s where my mentality was.

“It’s the first time I felt the worry of ‘Is there a light at the end of the tunnel?’ It was a bit of a weird dynamic but that was short-lived in the grand scheme of things because you eventually get clarity of what you have, where you are going to go, the treatment and what is going to happen.

“But the initial moment of diagnosis, the panic, that was the first time I’d really ever felt that. Even though I knew what I was going in for, and the check, it still caught me massively off-guard.”

Corbisiero, who now works as an analyst for NBC in the USA, initially kept the news of his cancer quiet.

Diagnosed in November, he underwent a round of chemotherapy back in the UK and has since been declared cancer-free.

It was then that he opened up about the diagnosis, initially in an interview with The Times.

He was overwhelmed by the feedback, and now, more than ever, insists it is crucial that men who feel there is anything not quite right, get themselves checked out immediately.

He said: “The whole the reason I opened up about it is to create awareness. It’s for people to be on top of checking.

“I didn’t have a lump. A lot of people talk about if you have a lump, go to the doctor. Mine was the whole testicle that felt harder, bigger and gradually got bigger and harder. Especially in the last week before I got it checked. It seemed to have a strong blood supply.

“Sometimes you don’t have a lump. My biggest advice would be if you feel any change, go and get it checked.

“Even in these tough times of Covid, don’t leave it 2-3 months because it is important to get the opinion. It will drastically affect the treatment course you have depending on how early you catch it.

“If it does spread, the amount of chemo you need is so much more invasive that you’ll wish you would have caught it earlier.”

Chemotherapy affects everyone differently. For Corbisiero, even one week was difficult. Within a couple of hours of it starting he felt nauseous.

He was lucky that his father Rick had also flown back to the UK to care for him. That family support played a huge part, not least because Corbisiero senior had gone through the same ordeal back three decades previous.

He added: “My dad had the same thing in the 80s, the same type of cancer. Seminoma which luckily is the best one to get, it’s the least aggressive of the ones that affect you. It was kind of on my radar, but in hindsight I should have been more diligent in checking and being on top of it. I was still lucky that I caught it early enough before it spreads to my lymph nodes or lungs.

“My dad had it before he had children. He always joked that he had all three kids on one cylinder. It’s his dad joke but when you have to bank sperm and have sperm tests and you are worried about whether the chemo will make you infertile, having that person there who has been through that and had his kids, it gives you peace of mind.

“And I think part of him felt guilty that it might have come from him, even though there is no way to prove whether it was or not. But he was super dad looking after me. He flew back from America, he cooked for me every day, he drove me to all my appointments, he looked after me, fed me healthy food, everything I needed.

“It was the same with my brother who was off work and decided he would be my cancer buddy the whole time. We watched TV every day and messed around. I wasn’t alone through any of it. My fiancée (Abby Gustaitis) who is trying to go to the Olympics (with USA’s rugby sevens team) was taking time out to come and visit me in England. I felt really supported and loved the whole time.

“I think that made it mentally and physically a lot easier. My sister and my mum as well. The whole family package fronted up for me.

#TBT 2013 @britishandirishlions beardless and in the form of my life. Started playing rugby at age 5, 19 years of hard work and commitment later I reached the pinnacle of my career. There was a time when I let the injuries affect my love for the sport and cloud my memories of the journey I had. Now in a position to truly reflect, I realize how grateful I am to have had that journey and hand on heart can say I wouldn’t change a second of it. I’ve learnt and developed as a person from each and every experience Rugby has given me, it’s helped shape me into the man I am today. It’s directly responsible for the life I am able to live and the work opportunities I’m fortunate enough to have. It has allowed me to meet and build relationships with so many incredible people all over the world. It is directly responsible for me meeting the love of my life and now fiancé. I wake up grateful everyday and I’m focused on applying the same commitment and values Rugby taught me to this next chapter in life. #Grateful #Rugby #Reflecting #StillObsessed #PerspectiveIsEverything #TeamCorbs #Lion801 #Rugby #EnglandRugby #BritishAndIrishLions #NoEgosJustAmigos

“Abby has a strong network over here of family. I can’t underestimate her family. I spent Christmas in Maryland with them after I’d had my surgery. I hadn’t had chemo yet and her family were just so welcoming and loving. I just never felt alone during the whole journey and I think that was what was really special.

“The hardest part was when you have sort of got better enough to go back to normality of going to work, travelling. It felt very weird and a little bit daunting in the beginning, being on my own. It makes you realise how you have had this constant support around you for pretty much three plus months and now you are back to normal travelling on your own, staying in the hotel, flying. All those things that you take for granted.”

Of course, Corbisiero’s return to full health has coincided with the global Coronavirus pandemic.

For his work with NBC he usually flies between California and New York, but during this confinement he is back in San Diego with fiancée Gustaitis.

They also live with her USA Sevens teammate Kasey McCravey, so as Corbisiero explains, they hold him accountable when it comes to keep fit.

He jokes: “I’m just training at home. Usually I like to box and do jiu-jitsu, those are my favourite things to do. But at the moment, USA Rugby were kind enough to drop a rower off for Abby, which I’ve been getting my fair share of use out of. I’ve been rowing every day. Then we have a few little weights. It’s mainly circuit-based. Gone are the days where I want to lift heavy anymore. I just want to be functional and healthy.

“I’m just lucky that I can beat (Abby and Kasey) in the rower still, otherwise it would be a long day. The running, I’m not anywhere close.

“I just do the hill sprints but I’m about eight miles behind them. I’m trying to get to some sort of back-row shape, which is my goal, but I’m still stuck in prop mode. It will be a long haul.

“I’d say the last month is the first time I’ve started to feel normal since the treatment. After everything that happened, I finally feel my body is back to normal, I’m responding and I can train and not be fatigued.”

Corbisiero knows that he is not out of the woods yet but this has certainly helped him put everything into perspective.

And with a wedding on the horizon and plans for a family further down the line, he fully intends to make the most out of life.