Lions Moment: How Brian O’Driscoll made me fall in love with rugby

I fell in love while holidaying in the west of Ireland when I was just nine years old. It was there, on a Saturday morning at the edge of the world nearly 20 years ago, that I watched on as Brian O’Driscoll single-handedly tore apart the world champions thousands of miles away. [more] 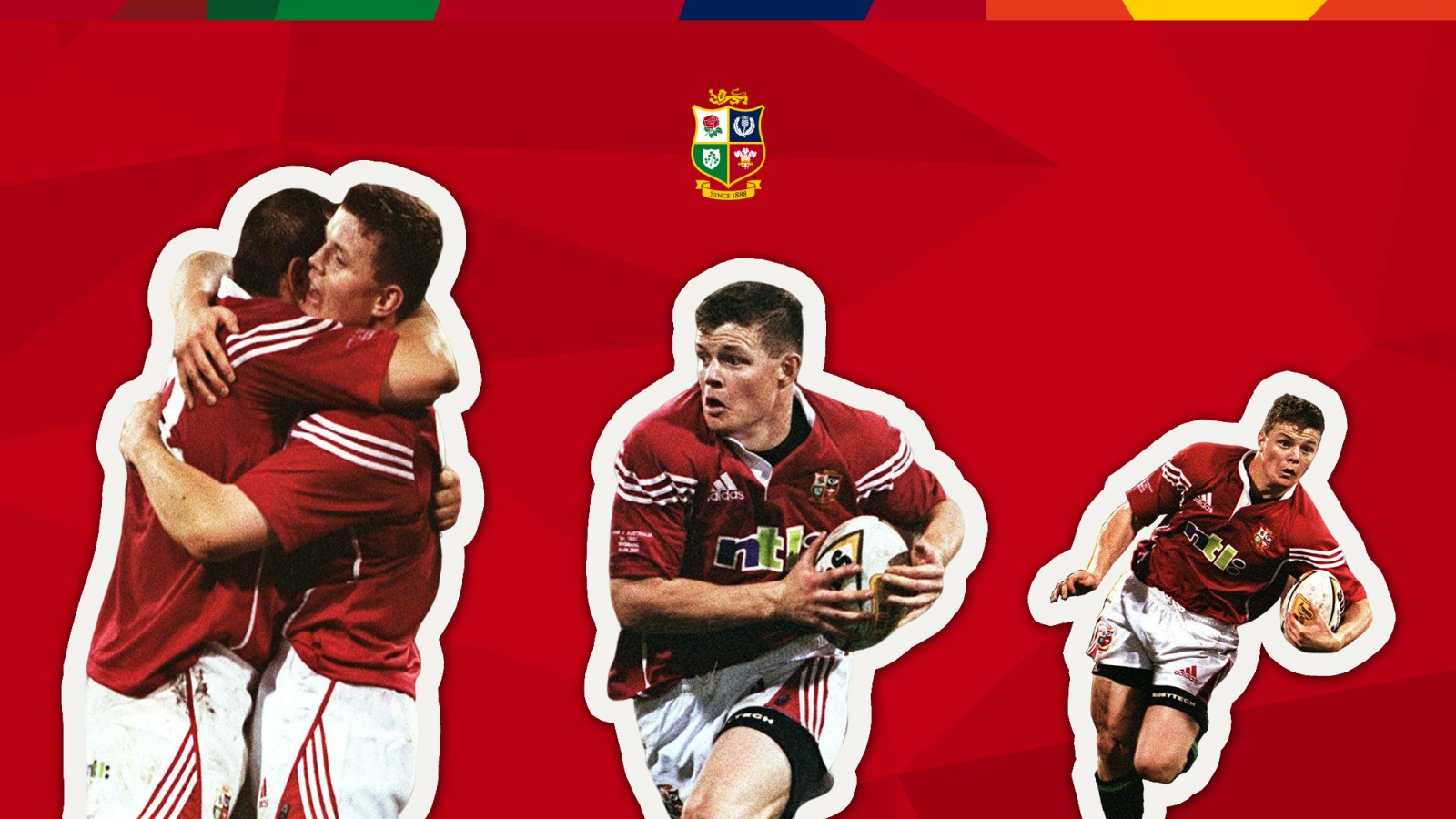 The Irish centre’s try in the first Test of the 2001 British & Irish Lions Tour of Australia has rightly gone down as one of the all-time great solo efforts. In my mind it is the moment that began my obsession with rugby.

Up to that point, my sporting heroes had largely come from football. Red and white was Arsene Wenger’s Arsenal, Dennis Bergkamp and Thierry Henry. Despite my father’s best efforts, rugby had yet to really capture my imagination.

I’d seen Ireland play against the likes of Japan and Georgia, and distractedly half-watched as they lost narrowly to South Africa the previous November.

But as O’Driscoll charged towards the Australian line, equal parts grace and power, things started to finally click into place. It was like listening to music for the very first time, as if a secret had finally revealed itself.

I was hooked — and could you blame me?

For a nine-year-old boy with little understanding of the mechanics of the game, it was the perfect score. Rugby is can be complicated but you didn’t need a PhD in the dark arts of the breakdown to understand that this was truly special, a pure expression of athleticism.

Even looking back now, nearly two decades later, the try remains immaculate. The ease at which O’Driscoll glides still seems almost impossible. As he starts, there are three Wallabies in position to make a tackle, yet none of them can even slow him down. 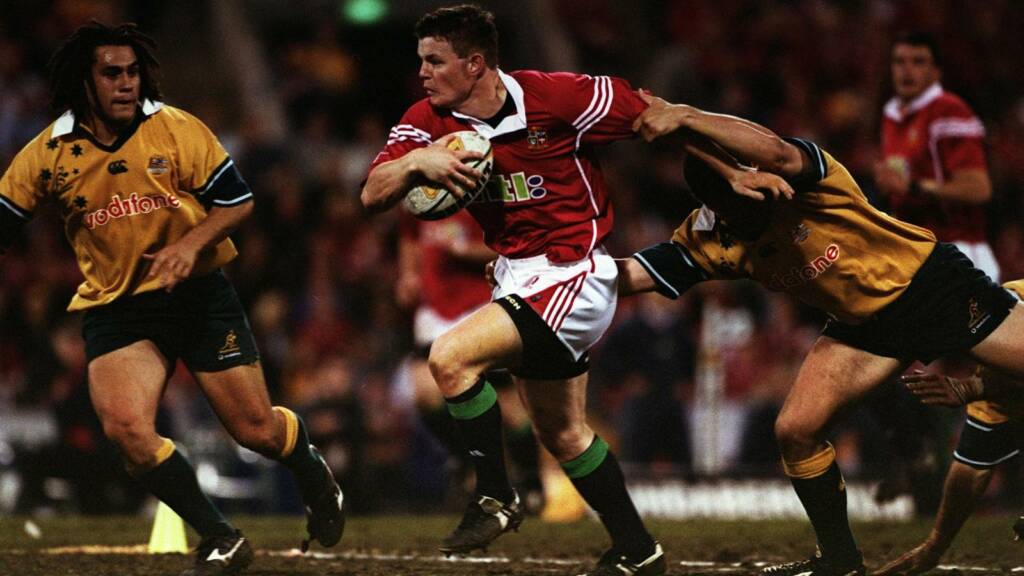 Forget comparisons to other athletes, the only reference points I had for O’Driscoll’s movement at the time came from video games.

He was Sonic the Hedgehog running full tilt through Green Hill Zone. He was Crash Bandicoot wearing the invincibility mask of Aku Aku as his enemies bounced off him. A real-life Super Mario who had swallowed a gold star during the half-time break, the aura around him so thick you felt you could touch it.

THE @BrianODriscoll try from a 9-year-old’s perspective. We ❤️ this line by @KevBeirne, we had to do something about it!😀 pic.twitter.com/rHVTwiBwm3

Then came the step. Oh, the step. While the initial burst had been all about his power, the step was complete finesse. In one fluid movement, O’Driscoll shifted his entire body weight to one side and left Matt Burke grasping at nothing.

From having taken the ball five metres deep in his own half with the entire Australian defence in front of him, O’Driscoll now had thirty metres of open space between himself and the try line.

From there, it was a simple foot race. The youngest player on the pitch racing clear of the men behind.

Every detail of this try is etched into my memory, from the blue and green logo adorning a slightly too large jersey to the camera shaking with excitement as Joe Roff fails to run O’Driscoll down.

That try was the starting point of a fantastic journey not just with O’Driscoll but the sport of rugby as a whole. For the next decade or so, my love for one was inextricably linked with the other. And in a way, they will always be.

Yet it’s strange how it didn’t happen sooner. For whatever reason, I have no memory of his famous hat-trick against France and even though I’d seen him play at least twice before in those games against Japan and South Africa, my first real memory of O’Driscoll is as a Lion.

Perhaps it’s a fitting place in my personal hall of fame for the only man of the professional era to start a Test on four different Lions Tours.

I never had the misfortune of having to root against O’Driscoll and so some of the greatest moments I have as a rugby fan are thanks to him.

Ireland’s Grand Slam in 2009 would never have happened had he not dragged his team to victory against England or scored in the decider against Wales.

I was there at Croke Park in 2009 when he intercepted Ronan O’Gara’s pass and sent Leinster to their first European Cup final and I watched on in amazement during the final game at the old Lansdowne Road in 2006 as he threw a skip pass around Denis Hickie to himself.

But this is the moment I keep coming back to, the one that sums up everything great about O’Driscoll. The power, the precision, the bravery and, most of all, the delight.

Sometimes a player can distil their essence into a moment of total, unadulterated genius in a way that transcends the sport. This moment is so special because it’s exactly what we all wish we could do, what any player wishes they could do, every time the ball touches their hands.

The promise that anything could happen is why we all fell in love with rugby in the first place. As great as team tries are, there’s nothing that fulfils that promise better than one man overcoming an entire team on his own.

It’s one thing to have witnessed history, but it’s another thing entirely to know you’re witnessing history as it is happening.

After all, what are these legendary moments without an audience? It’s through our shared experience of the moment that it becomes something more and, in some tiny way, we become a part of it too.

So maybe it is no coincidence that the man who brought me more joy on a rugby pitch than any other was the one who hooked me on the sport in the first place. And why two decades later, I still find myself excited by the familiar sight of Brian O’Driscoll barrelling past halfway, racing towards the inevitable.

Kevin Beirne is a freelance sportswriter, Lions fan and Brian O’Driscoll enthusiast from Dublin. You can follow him and find more of his work on Twitter @KevBeirne.

Feature News
Previous story 2005 First Test: Who was in the Team?
Next story Feature: McGeechan’s reflections on 1997 and his ultimate rugby achievement