Jamie Roberts puts it simply: “You don’t survive on a Lions Tour unless you open up and form relationships. That’s what makes it so special.” [more] 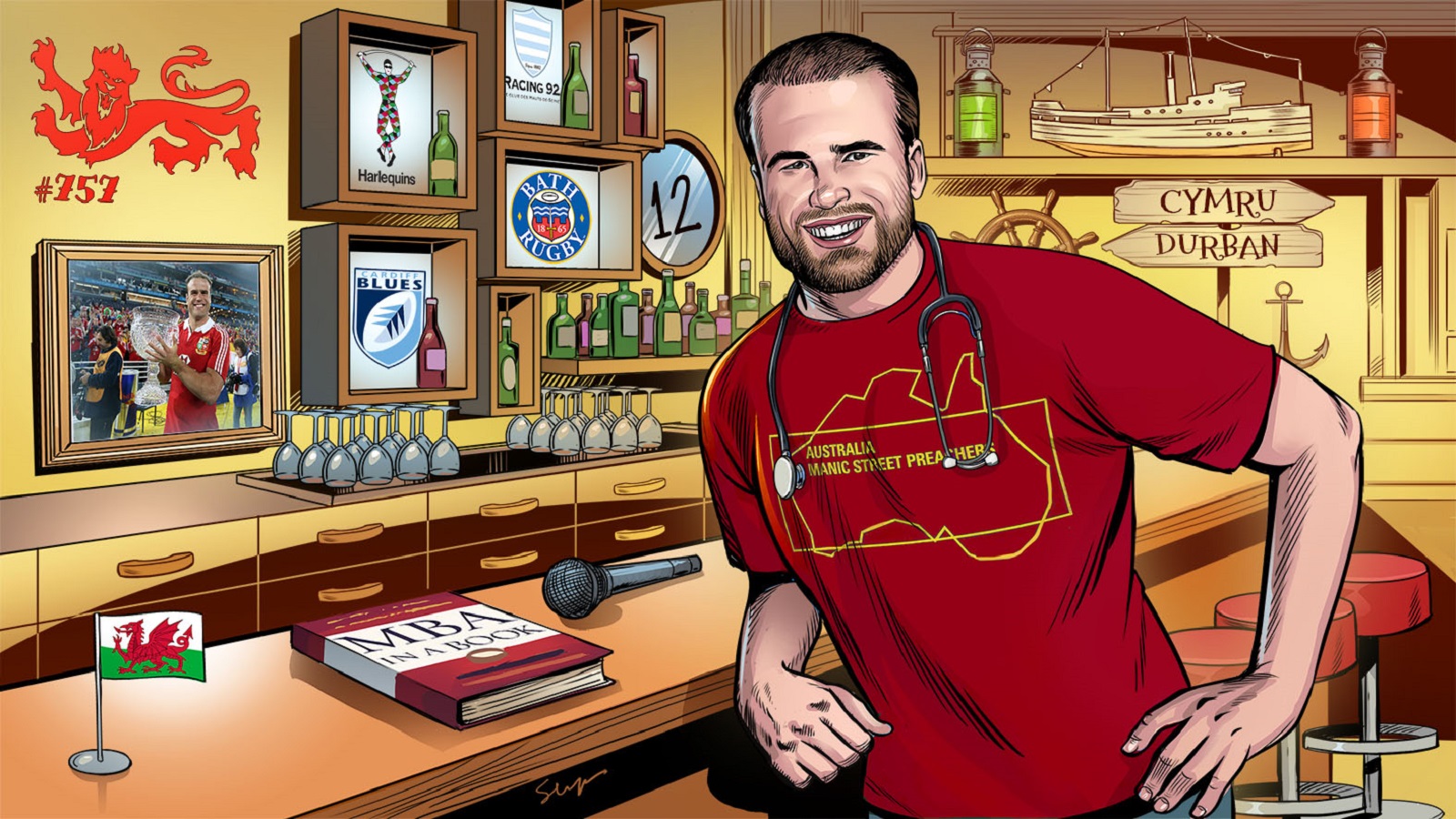 From the unbeatables of ’74 to the 2017 Wellington heroes, the Lions have created memories that last a lifetime.

But it’s the off-pitch camaraderie and unbreakable team spirit among a group of players that spend much of their careers on opposite sides that makes a Lions Tour so special and unique.

In the first of our ‘My Lions Moment’ series, Roberts taps into that perfectly. At 22, he was a surprise pick by Sir Ian McGeechan for the 2009 Tour of South Africa.

The powerful centre had only broken into the Wales team a year before and was not expecting to be picked.

But McGeechan, the architect of the Lions’ 1997 series win against the Springboks – which was built on an unbreakable togetherness in the squad and a creative approach to selection – saw the potential in Roberts.

The Welshman, who was 11 when the 1997 Tour took place, grew up dreaming of the famous red jersey and the experience did not disappoint. And neither did his performances. He scored two tries in the second Tour match against the Golden Lions, struck up a thrilling midfield partnership with the great Brian O’Driscoll, started the first Test, and then the second – described by McGeechan as the best Test match he has ever seen – before winning the Lions Player of the Series award.

But it’s a team bonding session in London that still stands out.

“My favourite moment came at Pennyhill Park before the Tour had even begun,” he said.

“We trained really hard all week and we had lost Jerry Flannery to an elbow injury, which was brutal for the lads, because he got selected and then missed out. It hit everyone very hard.

“We had a team bonding session planned down in Portsmouth with the Navy and everyone was knackered from the week’s training and had retired to bed early, probably around 7pm.

“We went up to the room and Geech texted all the lads at about 8pm and said the trip to Portsmouth was cancelled, see you in the bar in ten minutes.

“We all met at the bar and just had a lock-in. We all had a few beers together and then Joe Worsley brought his guitar down and we all had a sing-song. It was a great laugh and a great evening.

“It was very unique and it helped create that bond from the off. You can’t beat a few cold ones and a sing-song with the lads. It’s those moments that stay with you.”

Roberts would go on a second Lions Tour four years later, where he scored a try in the decisive third Test against Australia, which the Lions won to clinch the series 2-1. He even played live on stage with Welsh rock band the Manic Street Preachers in Melbourne.

The rather multi-talented Jamie Roberts playing guitar with the Manic Street Preachers in Melbourne this evening pic.twitter.com/duxtjAPACn

But the 2009 Tour, even though it ended in defeat, will always stand out. Roberts career has seen him play in his native Wales, France and England.

His latest move was to South Africa to play for the Stormers, although he has now returned to Wales, the qualified doctor signing up to help the NHS effort including writing a regular blog.

“I grew up in awe of the Lions and to think I would be going on a Tour like that, at that age, was just amazing,” he said.

“People ask me about South Africa and I am lucky to play there now with the Stormers, but in some ways it is just like Wales. Rugby is in our blood here and South Africa is the same. They live for the game there.

“Add in the cultural experience of South Africa; the people, the food, the wine and the landscape and it has everything, I have toured there nine or ten times and they have been the best rugby experiences of my life.

“I toured with my school, the sevens and then Wales the year before so I knew what to expect. But doing it with the Lions still blew everything out of the water.”

Both men were coaches on the 2009 Tour and their influence was clear.

“There was an element of old school about it. There were a lot of lads there that are proper rugby men and real good people, and that’s on the coaching staff too,” Roberts said.

“They made sure it was a proper old school Tour and we were sharing rooms with different people, you were allowed to go with fans and family after games.”

The reaction back home was unique too. Shortly after he returned from the tour, Roberts went to Lord’s to watch the second Ashes Test match and was greeted with an unexpected reception.

“I went to meet some friends for a late lunch and the whole stand got up and applauded me when I went down the steps.

“I thought it was just ridiculous. I have never experienced anything like that in my life and for it to come at a different sporting venue was so surreal. That Tour changed my life, changed my approach to the game and my understanding of the game. It has influenced what I have gone on to achieve in my career.”

He’s experienced almost everything in rugby: 97 Test caps, three Six Nations titles and clubs in four different countries. But it’s the Lions that still stands out.

“It is not like club rugby or Test rugby. It is six or seven weeks every four years and it is a privilege and leaves you with great memories and changes your life.

“If you walk past a fellow Lion, you have that bond because you went through something together.”