My Lions Moment: Will Genia

A player who needs little introduction, Will Genia amassed 110 caps for Australia from 2009 to 2019 and was only the 10th Australian to pass the 100-Test milestone. [more] 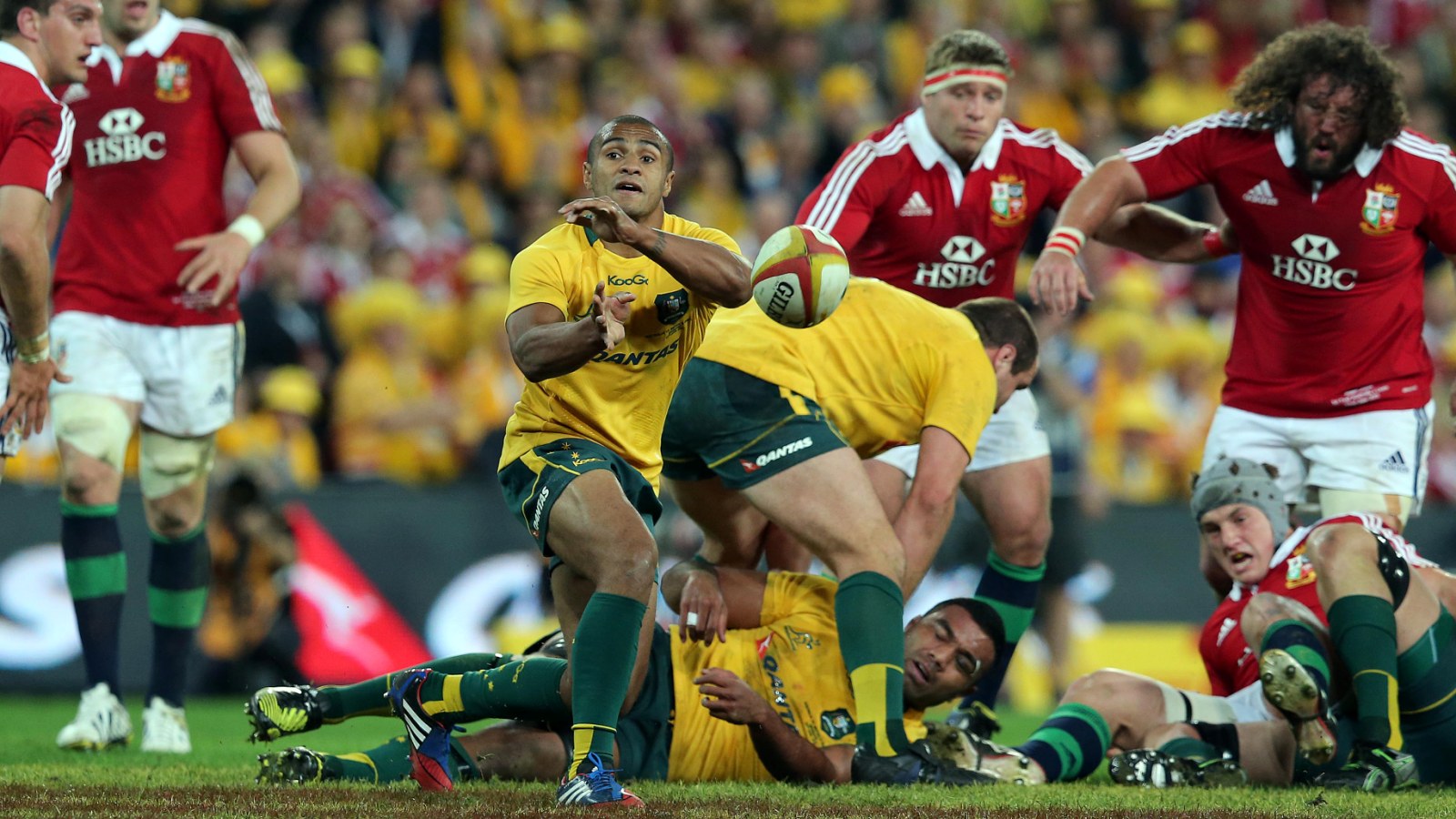 This was made all the more incredible by the fact it might not have ever happened, given he fell in love with rugby much later than most.

“I had no idea what the sport of rugby union was as a kid growing up, just watched cricket, rugby league,” he recalls during our exclusive interview for lionsrugby.com. 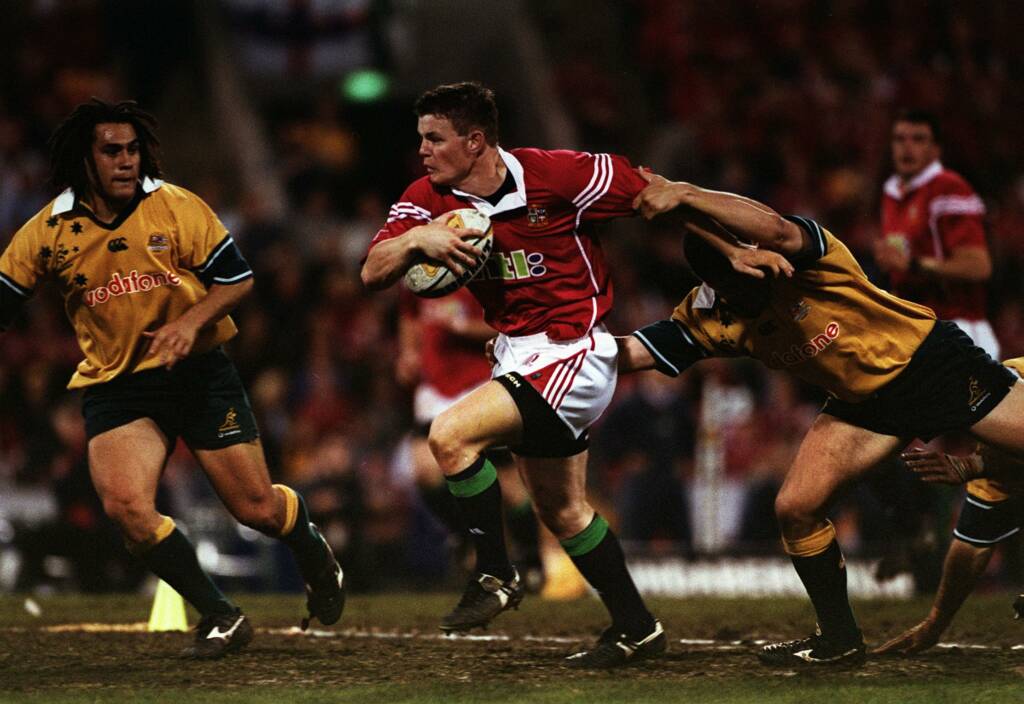 O’Driscoll scoring at the Gabba was the first Lions memory for Genia.

Born in Papua New Guinea, Genia moved to Brisbane with his family at the age of 12 and attended Brisbane Boys’ College. It was around this time that the Lions were on their 2001 Tour to the home of the world champions, but it was a Tour too early to spike any real memories.

“I’d been in Australia for two years and while I had been playing rugby, I hadn’t really picked up the passion for the sport where I was obsessed with it or watched it over and over again,” said Genia.

“The thing I can remember about that Lions’ series was it was weird they were playing a Test at the Gabba, which is obviously world renowned for being a cricket stadium.

“I don’t particularly remember too much but what I remember is [Brian] O’Driscoll’s try. That was played everywhere on the news, yeah it was a spectacular try.”

Brisbane Boys’ is where his passion for the game grew and there was an individual a few years ahead of him in school that inspired many and stood above most. His name? James Horwill.

“His name was Big Kev because he was just this giant human being,” added Genia. “In school he was a big person but also his personality was larger than life.

“He was hard to miss around the campus at school and being the captain of the first XV. As a kid you wanted to be like him. He actually played with my older brother for the first XV as well.” 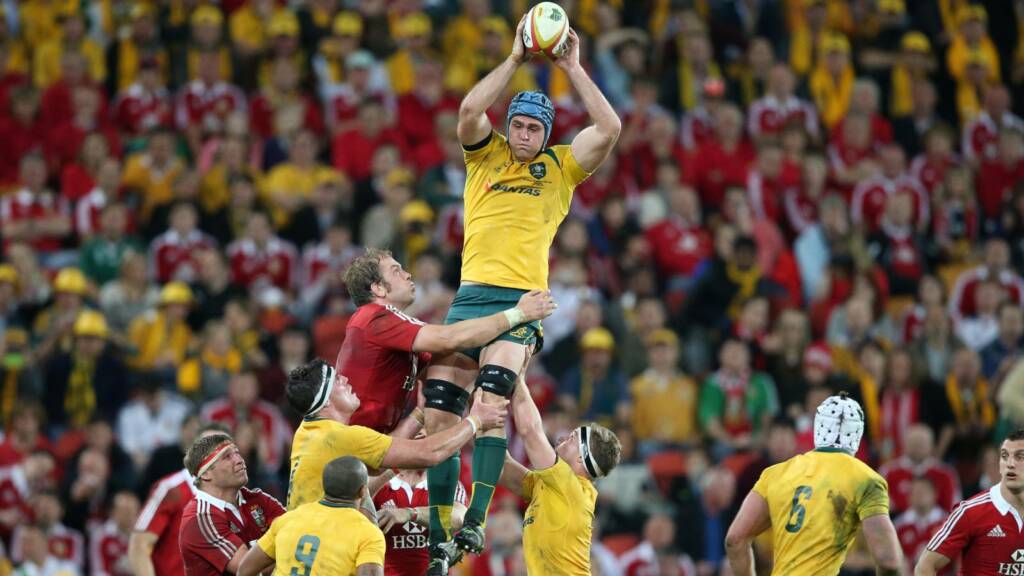 The pair would later go on to co-captain the Reds and win the Super Rugby title back in 2011 while also winning the Tri Nations in Wallaby gold that same year.

The Reds beat the Crusaders (Genia scored the decisive try) in the Super Rugby final, while a pulsating win over the All Blacks handed them the Tri Nations trophy. With both of those games in Brisbane you can see why he has such fond memories of Suncorp Stadium.

‘Big Kev’ would of course captain the Wallabies against the Lions in 2013, with Genia by his side throughout.

Having had the international career he has, Genia would surely been forgiven if he would struggle to pick a single highlight from it all. However, he’s pretty sure where 2013 sits.

“Man there is nothing like it. I’ve never experienced anything like it, and I’ve played in three World Cups, played in a World Cup final,” the scrum-half said of that Lions Tour.

“Nothing compares to that, having played in that series in 2013. The fans, the influx of supporters. For the three weeks of the Lions (Test series), rugby was everywhere, everywhere you walked there was Lions’ fans in jerseys, Wallaby fans in jerseys, the vibe was unbelievable.

“I’ve never experienced anything like it, it was one of the most special times that I’ve had playing footy.” 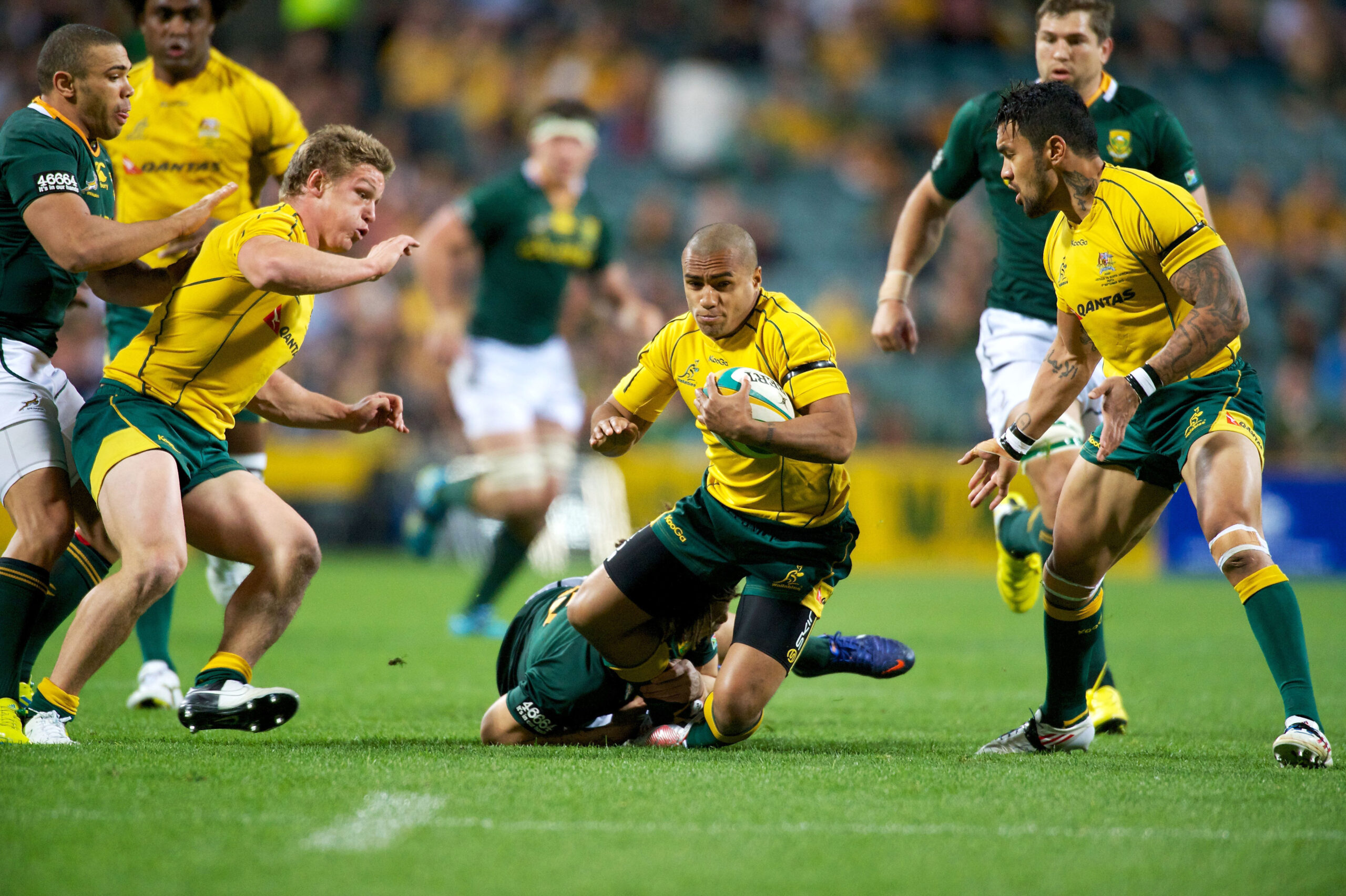 The series that might not have been as Genia injured his ACL against the Springboks the year before.

The series might never have been for the skilful scrum-half after injury in a Rugby Championship match in late 2012 nearly derailed his involvement.

“I’d done my ACL against South Africa in Perth so once I did that I had surgery and was out for six months,” explained Genia.

“My focus straight away was I want to get right for the Lions series, and I think I got back about four weeks before it. For me everything was just geared to get back and be fit and ready.”

The first Test was particularly special for Genia given it was in his hometown. That, combined with his race to get back from injury, is something that’s not lost on him.

“The thing about the Lions when they tour is just the build-up to it,” he said. “The build-up throughout the week, as you get on the bus to drive to the stadium and just the fans and the supporters.

“It’s really hard to describe, there is so much passion and love and so much attention that comes with it. I just remember the bus pulling up in that first Test and thinking ‘wow, this is incredible, I’ve never seen anything like this’.

“I remember leading into the Tour, I started to get the feeling this was going to be huge, once-in-a-lifetime opportunity to play against them. 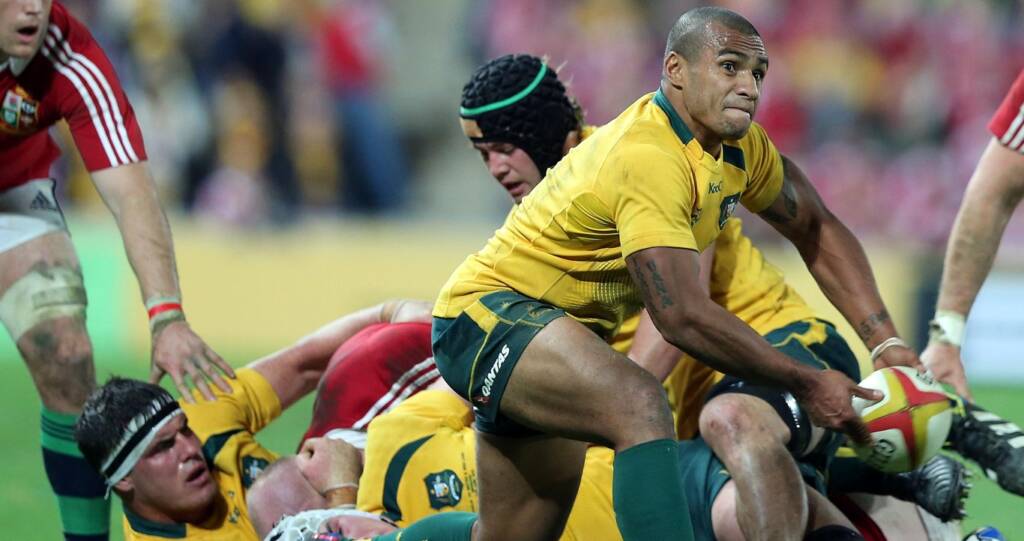 Genia wasted little time playing ‘free’ in that first Test. The Wallabies opening try came when they were awarded a penalty inside their own 22.

Ever the opportunist, Genia looked up and was gone. Taking a quick tap and running straight, swerving outside then inside and outside again.

After going 65 metres untouched, he put the deftest of kicks in which was gathered and scored by the supporting cavalry – Israel Folau dotting down on debut. The Wallabies had started with a bang.

When we got the penalty I looked up. It was almost like it was slo-mo, this is the moment this is my chance to play free,” he added.

“I took a lot of satisfaction not necessarily because of the try, not that it was a good try or whatever else, but I really wanted to play free and express myself on the pitch. I saw the opportunity and a lot of the time some people may not take it, but I was proud of myself that I actually took that moment.”

Genia was given a 9/10 match rating by a leading publication and despite the Wallabies’ 23-21 loss it was noted in the Guardian: “Rarely can there have been so influential a performance on a losing side, physical under the high ball and at close quarters. Touched with genius when in space. Outplayed his opposite number, and everyone else in fact.”

A remarkable feat for someone who four weeks earlier was still coming back from a serious ACL injury.

Melbourne was the stage for the second Test and although the memories aren’t as clear, he vividly remembers the final whistle. After all, it was he who booted the ball into row Z as the series was levelled.

He said: “I kicked that ball out thinking ‘how good, we’re going for a grand final we’re going to be playing in Sydney.’ We’ve got the momentum because we’ve won the second game, that was the feeling at the time.” 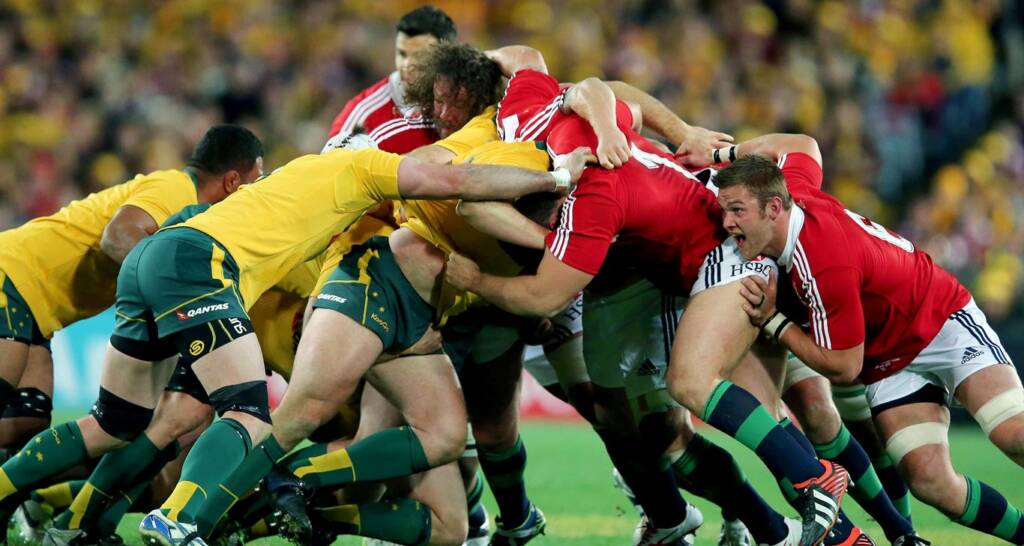 Having won one game apiece, the two sides had a good feel for each other heading into the deciding third Test. Was there an area of focus for the Wallabies heading to Sydney that week?

“Coupled with that being disciplined around those areas because someone like [Leigh] Halfpenny can kick it from anywhere.”

The Lions pack certainly set the platform that night in ANZ Stadium, winning three scrum penalties in the first 14 minutes alone. Halfpenny would also score over 50 points across the three Test matches and would deservedly be named Player of the Series.

The Lions started the third Test with a speed similar to Genia’s break in the first Test in Brisbane. Within two minutes of kick-off, Alex Corbisiero crashed over and Genia admits it was hard to get a claw back into the game.

“I dropped the ball off the kick-off as there was confusion between me and Kane Douglas as to who was going to catch it. They had a scrum and then scored and then we were chasing the game,” he explained.

“What happens when you are chasing a game after an early score like that  – and when you have someone like Halfpenny who keeps kicking penalties and they accumulate points by threes – you just feel like you are getting further and further behind the game.

“We probably weren’t mature enough to handle that pressure and understand we could get the momentum back.

“They had a huge amount of experience in that team when I think about it, so they understood how to play it from the front, play when they’re leading, and they ended up blowing us out towards the end.”

Late in the game and the men in red scored three tries in 12 minutes through Jonathan Sexton, George North and Jamie Roberts, with the latter bursting over after a rampaging run through the heart of the Wallaby defence.

The Lions eventually won 41-16 and the Tom Richards Cup was heading north. 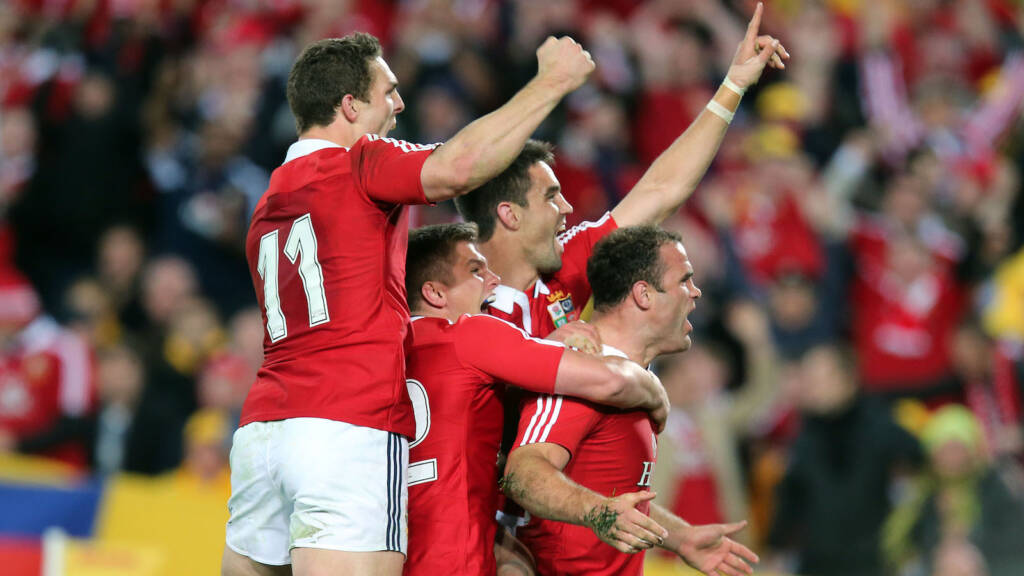 Genia recently called time on his international career and has moved to play for the Kintetsu Liners in the Japanese Top League. Although 2013 was a personal highlight for the No.9, it also acts as a reminder of what could have been.

He added: “I don’t have many regrets in my footy career, I think I only have one and it is that Lions series, the fact that we lost.

“They were a very good team but, in my heart, and people can disagree with me, but in my heart, I genuinely think we could have won.

“We just needed to knock that kick over (in the first Test) and then we take that second Test. Obviously it changes the circumstances of everything if we win that first Test.”

With the highs and lows that come with Tours of this size, was there a single ‘wow’ moment or out of body experience that stood out above the rest?

“The day of the third Test I went for lunch to grab something to eat,” he remembered. “I walked out my hotel down to Darling Harbour and it was packed. Packed with supporters in Lions’ jerseys, Wallaby jerseys, I think big blow up jerseys over the water.

“It was packed and I’m not just saying a couple hundred people, there was thousands and thousands of people everywhere.

“I remember thinking ‘wow, this is Sydney no-one cares about rugby and the whole town is red and gold for this Test match’. That to me is something that always stuck to me from that series.” 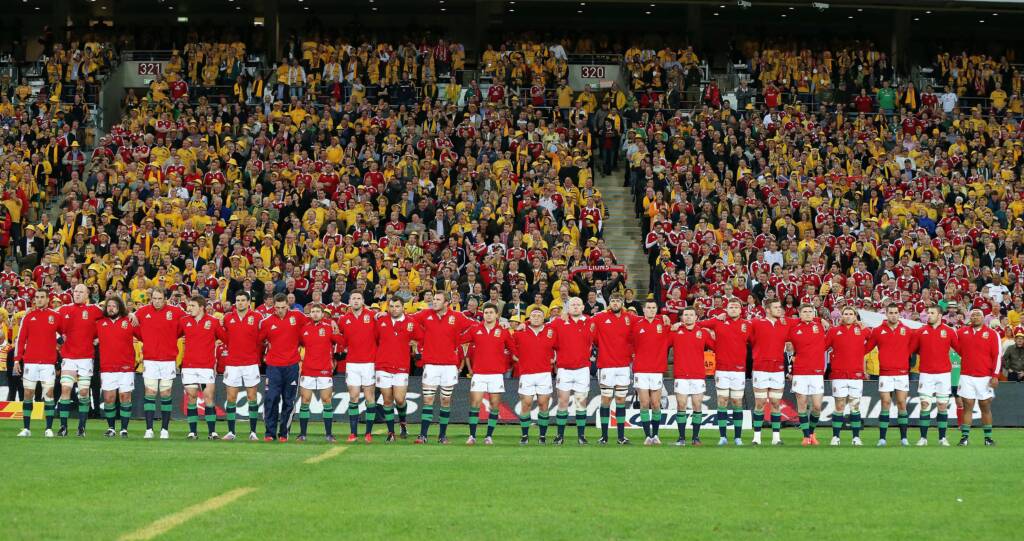 Finally, now that he holds his own piece of Lions history – how crucial are they to the landscape of the game in the future?

“It’s incredibly important, I mean we have the World Cup that’s every four years but to then have something every 12 years for each nation that being Australia, South Africa, New Zealand,” he said.

“It’s certainly something I would love people to have the opportunity to do because like I said, I’ve never been involved in three weeks of rugby like that Lions series and again I’ll say it, the atmosphere, the crowds, the vibe, the people. It’s the most exciting most amazing three weeks of footy I’ve been a part of.”