Being named British & Irish Lions captain is one of rugby’s greatest honours but it doesn’t protect you from the teasing of your teammates – as Sam Warburton found out in 2013. [more] 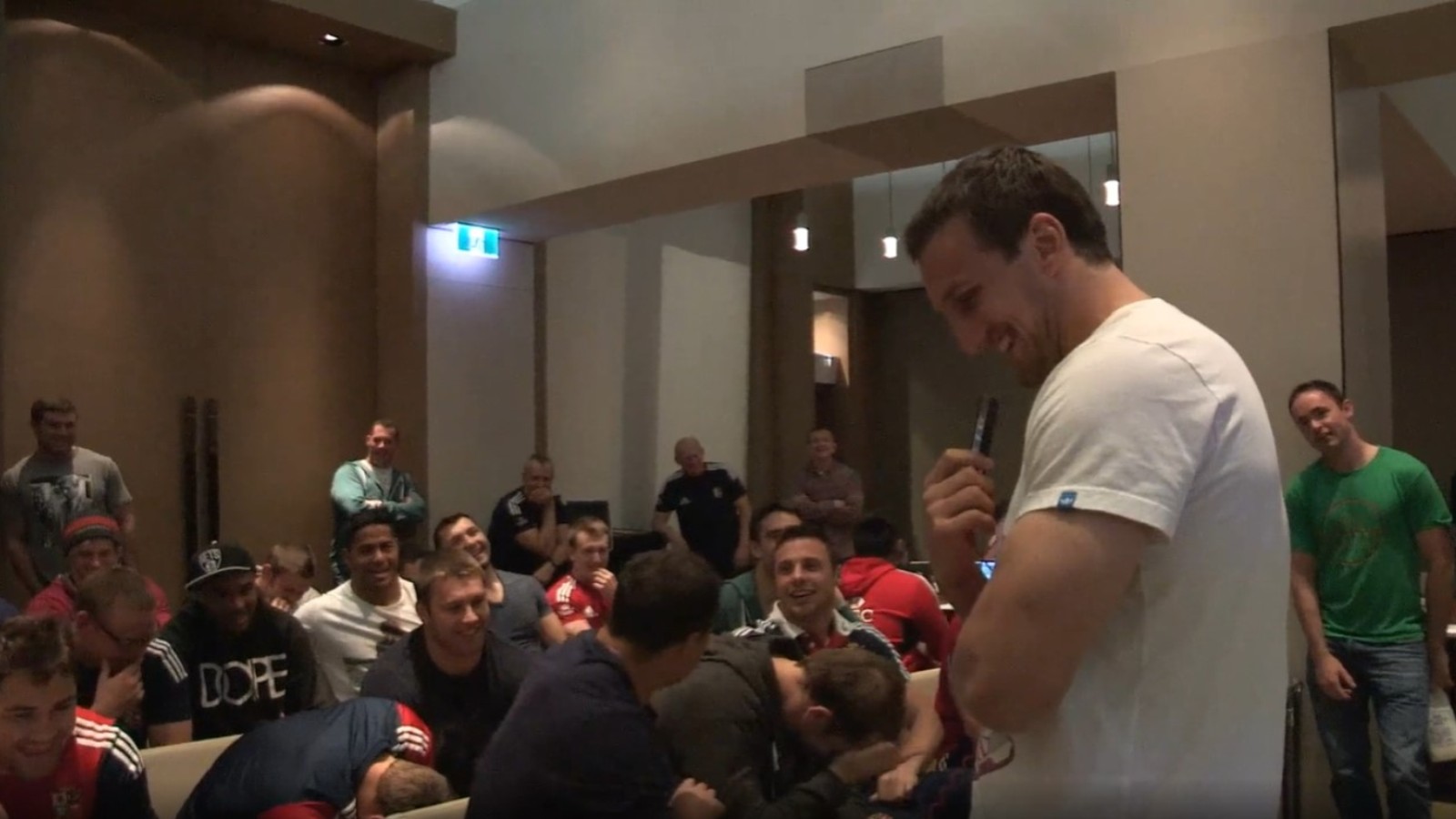 Warburton skippered the Lions in their series against Australia, the first of two Tours on which the Welshman was given the armband.

As the below video shows, during that Tour the back-rower was forced to ‘pay a fine’ to the rest of the group, in the form of completing a forfeit.

With six options, Warburton’s fate is left to a giant dice and, to the delighted whoops and hollers of the rest of the touring squad, he rolls a four.

That particular ‘fine’ is to call his club coach at the time – an understandably bemused Phil Davies – on loudspeaker and lobby for the Cardiff Blues captaincy the following season, while the rest of the Lions touring party listen in with barely-disguised glee.

An awkward minute ensues but Warburton gamely battles through it and earns a round of applause from his teammates at the end – the skipper leading by example once again!

Warburton wasn’t the only player forced to lobby for club captaincy as a forfeit on the 2013 Tour, with winger Simon Zebo famously having to put his name forward to then-Munster coach Rob Penney – with hilarious results! You can watch that clip by clicking here.