Paul O'Connell's impact on the British & Irish Lions during his career was huge and as well as his on-pitch exploits, a certain motivational saying he coined on the Tours will also go down in history. [more] 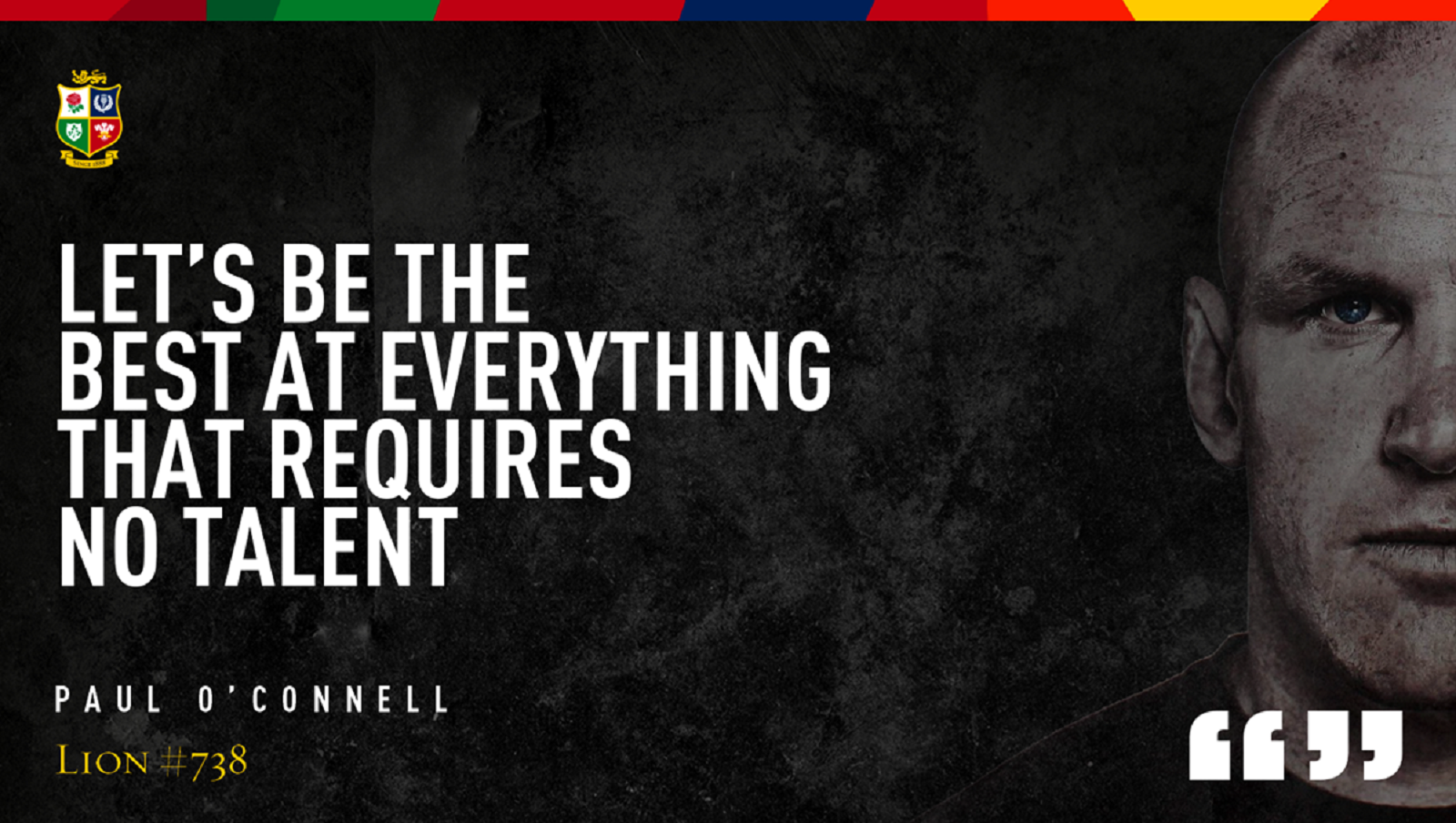 It’s a simple but inspiring motto: “Let’s be the best at everything that requires no talent.”

No other player relished the 2013 Lions Tour quite like O’Connell.

At 33 years old, the series in Australia represented the last chapter in an epic Lions trilogy that saw him face all three host nations across eight years.

In 2005, O’Connell was still a relatively young kid on the block and he could do little to stop an excellent New Zealand side complete a 3-0 win on his first Tour.

But in 2009, aged 29, he was named captain for the Tour of South Africa and led the Lions in a thrilling series that the Springboks edged 2-1.

The 2013 Tour was O’Connell’s last chance to taste a series victory in Lions red and, as ever, he played a major part – both on and off the pitch.

The lock started the first Test match, an epic 23-21 victory for the men in red, but suffered a fractured arm 20 minutes from the end. However, instead of leaving the field for medical treatment, he played on and defended impressively as the Lions saw out a famous win.

The Irishman’s pain threshold is already the stuff of legend – former Ireland head coach Eddie O’Sullivan tells a story where O’Connell’s collarbone almost popped out of his skin, yet he played on – but not even he could overcome a fractured arm.

Warren Gatland, who would go on and lead the Lions in New Zealand four years later and is lined up to once again preside over the 2021 Tour to South Africa, still uses one of O’Connell’s iconic motivational lines.

The Irishman first used it in 2009 and then again in 2013 as he helped inspire the squad before the Test that brought him his first series win.

Gatland remembers O’Connell told the squad: “Let’s be the best at everything that requires no talent.”

By that, the Irishman means the basics: chasing back, supporting teammates, projecting positivity.

Ahead of the third Test against New Zealand in 2017, Gatland used it again and the Lions went out and secured a draw to tie the series 1-1.

In his book ‘In the Line of Fire’ Gatland said: “I spoke about the four pillars that we’ve been working hard on during this tour: being the best at everything that requires no talent; not being out-talked by the opposition, being more physical than the opposition and making sure we stay alive and don’t get caught out by the unexpected.”

They didn’t and emerged undefeated.

Gatland has regularly used the line ever since he first heard O’Connell say it. It’s served them both very well.