Danny Grewcock wouldn’t advise suffering a broken jaw as a way of securing your British & Irish Lions Test spot, but in 2001 it certainly worked in his favour. [more] 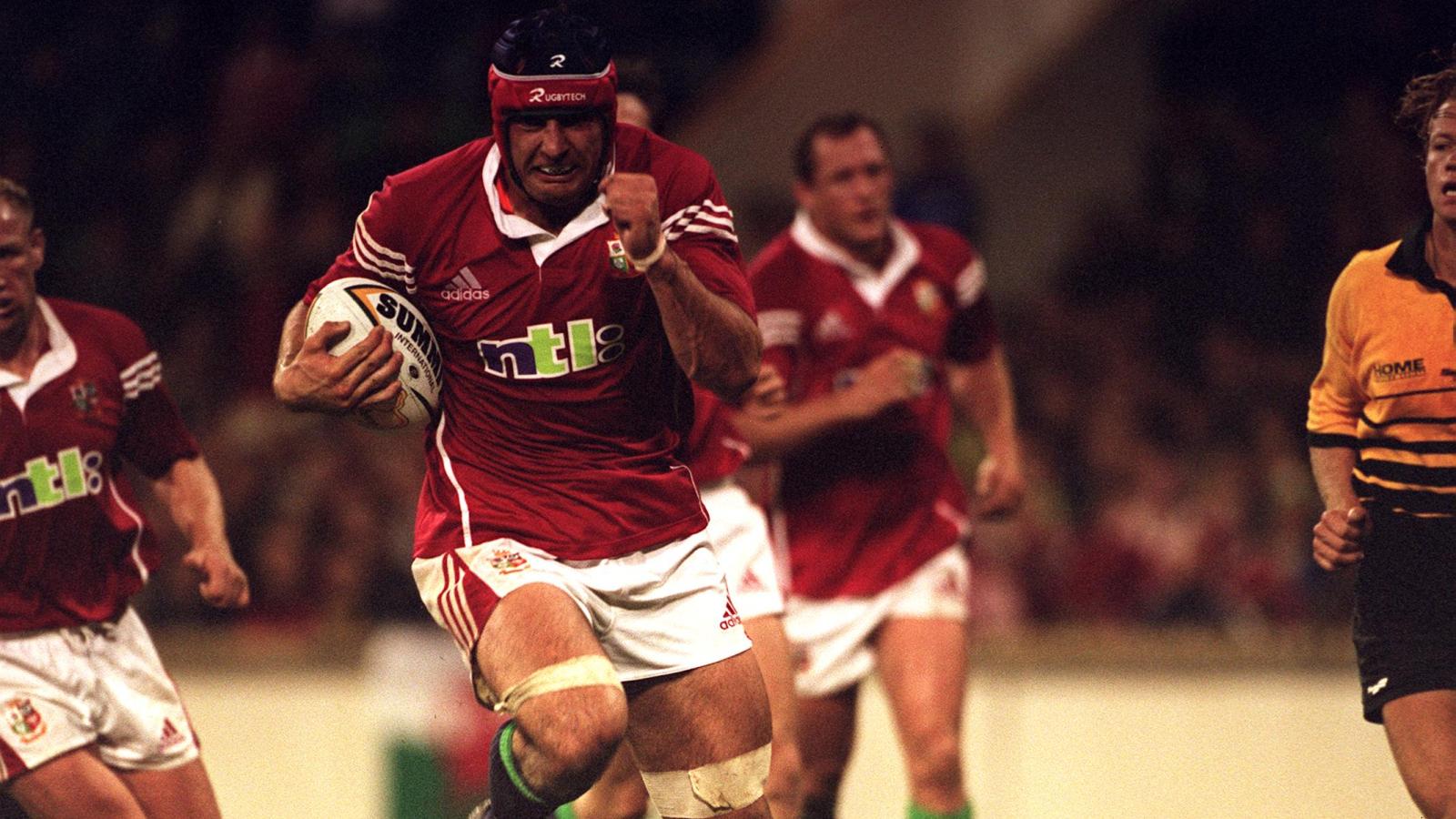 An altercation with a former England rival in his final game for Saracens meant a trip to the surgeon.

“With a broken jaw, they put plate in and you’re able to get back and do running and fitness fairly quickly,” explains Grewcock, who sought out the expertise of England’s fitness guru, Dave Reddin.

“I couldn’t do normal club training so I approached Dave for advice and he essentially put me through a pre-season training programme, physically preparing me for the Lions Tour. I have a lot to thank him for.”

Linking up with the Lions squad, Grewcock was fitter and fresher than he’d ever been.

“The other players were coming off the back of Premiership or European finals, whereas I’d been doing quality, non-contact training,” he says. “It definitely put me in a brilliant position.”

The presence of Martin Johnson, captaining the Lions after his success in the role in 1997, meant it was a straight shootout between the four remaining second rows for a Test spot.

“Those boys were far more established than me,” he admits, having first broken into the England team as a starter in 1999.

“On paper I was probably fifth in the pecking order, but luckily I was fresh and desperate to play rugby.

“I’d only just started eating apples when I did my first scrum session in the week leading up to our first game against Western Australia.” 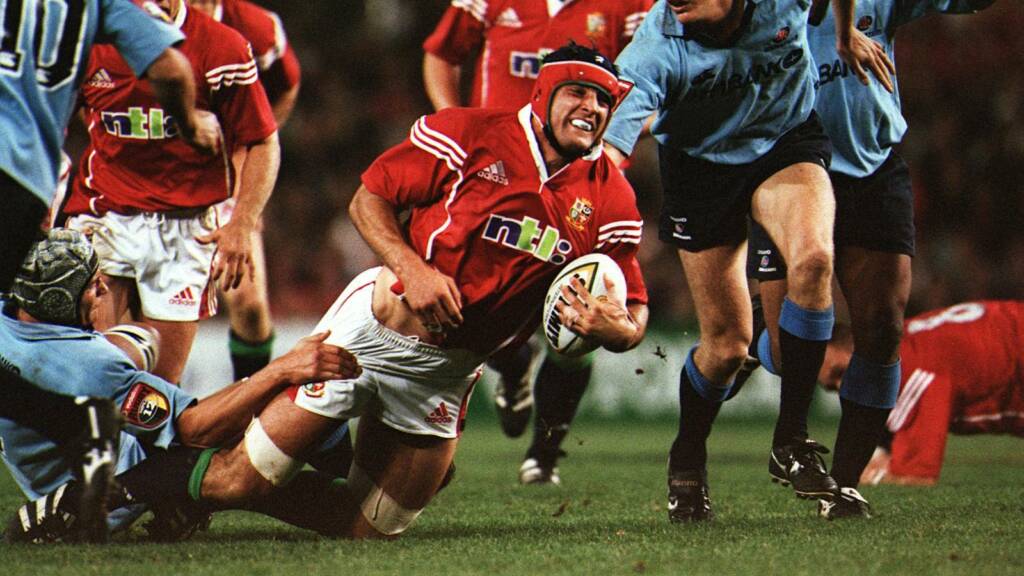 Grewcock’s career intertwined with the Lions before he’d even worn the most coveted of jerseys. It was the horrific injury suffered by Doddie Weir against Mpumalanga on the 1997 Tour that opened the door for him to win his first England cap.

Nigel Redman’s call-up to South Africa saw Grewcock flown out to Argentina to make the first of 69 appearances for his country, whilst still playing in the second tier for Coventry.

Renowned for his confrontational style of play, Grewcock reveals that he turned up to the Lions squad’s first get-together with a degree of nervous anticipation – almost apologetic, even.

“It led people to form opinions of me, which could be a bit awkward, but that’s just the way I played,” he says.

“The beauty of the Lions is that you are often playing the best team in the world at that moment in time, and before you set foot on that plane you’ve not played one game together. Whereas your opponents have 20 to 30 games together as a group, or have just competed in the Tri-Nations.

“On the flip-side, we’ve played lots of games against each other. What you have then is an immediate common goal: we need to do everything we can to make this work because otherwise it is going to be easy for them to beat us.

“It’s a shared adversity that means you park any differences quickly because it’s going to be a very long and difficult Tour if you don’t.” 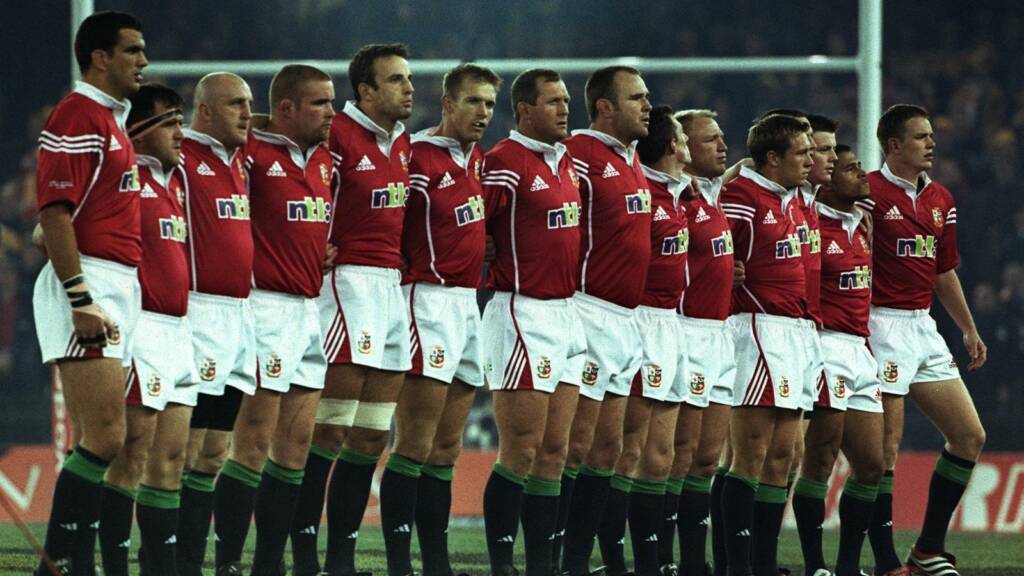 The Lions weren’t fully teed up for a sensational opener to the 2001 Test series.

Performances in the build-up to opening night in Brisbane “hadn’t been where we wanted them”, according to Grewcock.

Moreover, many felt the famous Gabba, normally reserved for cricket and Aussie Rules Football, wouldn’t lend itself to an all-encompassing wall of noise befitting the occasion.

The sense that those first impressions might not be correct became apparent as Test week wore on.

“We had decent support in the midweek games but come the week of the first Test you could clearly see Brisbane literally turning redder and redder,” says Grewcock.

“Supporters could turn up at the team hotel and have a drink. When we finished our final team meeting, we came down the escalators into the foyer – the reception we got set the tone for the rest of the evening.”

“Phenomenal” is how Grewcock describes it: the five-mile journey to the stadium, with thousands of Lions fans flowing out of every pub en route, and of course the game itself. 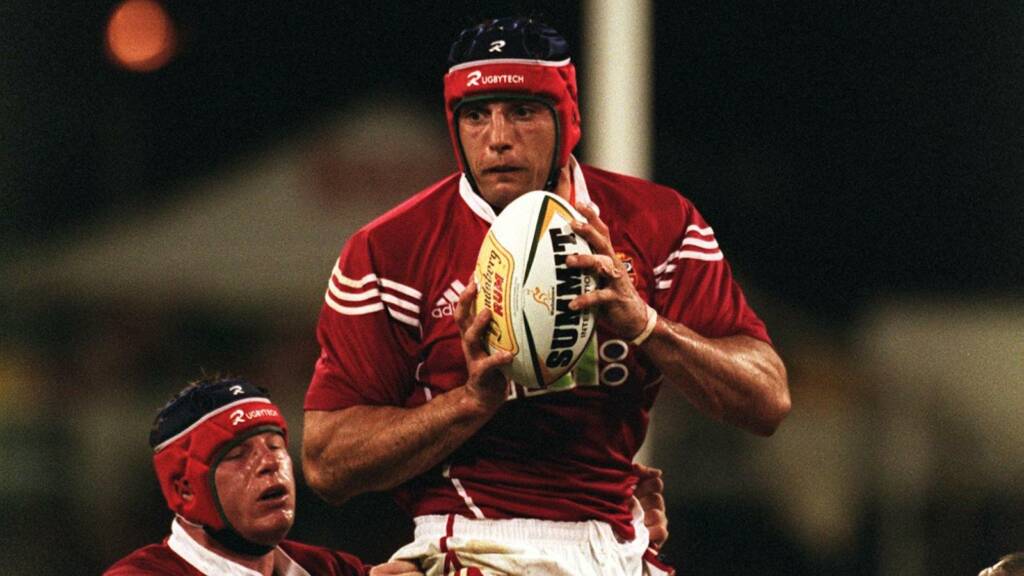 “We got to the ground and it was just rammed,” he reminisces. “It was like there wasn’t a single Aussie supporter there.”

You may be familiar with the result, one of the great Lions victories with tries from Jason Robinson, Dafydd James, Brian O’Driscoll and Scott Quinnell, as well as nine points from Jonny Wilkinson, who would be back to haunt the Wallabies two years later in an England jersey.

The 29-13 win even came in light of yellow cards to Martin Corry and Phil Vickery. Despite all that, what lingers in Grewcock’s memory is the atmosphere on that famous night.

There is an iconic shot of him, followed closely by Jason Leonard, receiving rapturous applause and pats on the back as the Lions depart the pitch after the full-time whistle.

“It was a genuine feeling of elation,” he responds when asked about that image. “They were the World Cup holders and Tri-Nations champions at the time.

“We’d had quite a tough Tour up until that point, and if we’re being completely honest here, even as players we didn’t think we’d beat them in that first Test.

“The single difference was the unbelievable atmosphere the Lions supporters created. I would describe it as the greatest home game I’ve played in, yet we were in Brisbane.” 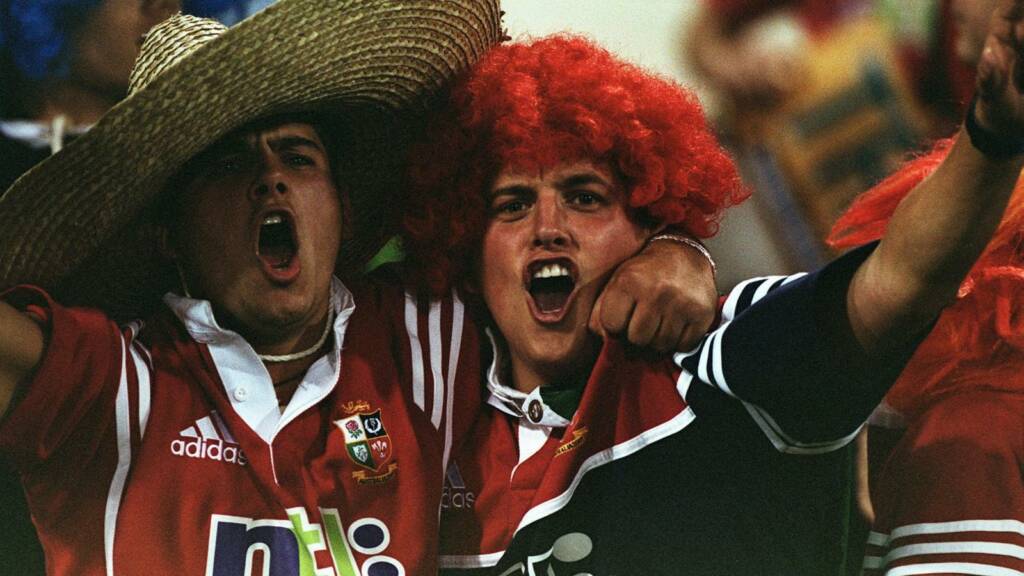 The series would ultimately be lost to the resurgent Wallabies – perhaps the country’s all-time greatest side – but Lions head coach Graham Henry knew he’d found the man to partner his captain in the second row. Grewcock never relinquished the No.5 Test shirt.

“My strengths weren’t necessarily at the lineout, carrying or restarts, but I was very good at preparation – whether that be my diet, my training programme or just preparing for the game itself,” explains Grewcock. “Whatever I needed to do, I did it.”

That unwavering commitment to preparation was nothing new to the man himself, but it left an indelible mark on some of his Lions teammates.

As Ireland lock and fellow 2005 Lions tourist Donncha O’Callaghan wrote last year: “[Ronan O’Gara] had recently returned from the 2001 Lions Tour and seen decorated players such as Danny Grewcock arrive to sessions before the coaches, setting out the cones, staying on afterwards for kicking practice, so he could work on his catching.

“ROG had learnt about this higher standard and knew that’s where we needed to be.”

Nevertheless, by 2001 Grewcock had learnt to reach for the off switch when necessary. It was one of his key learnings after England’s quarter-final exit to South Africa at the 1999 World Cup.

“Sports science was starting to come to the fore and Clive Woodward had set a whole new standard of behaviour, training and recovery for us players,” he says.

“All the evidence tells you that alcohol is bad for you, so I didn’t drink for six months before and during the ’99 World Cup.

“I never got a chance to decompress. So, when the final whistle went against South Africa in the quarters – the game where Jannie de Beer was backheeling comedy drop goals from his own line – my genuine first feeling wasn’t disappointment. It was relief.” 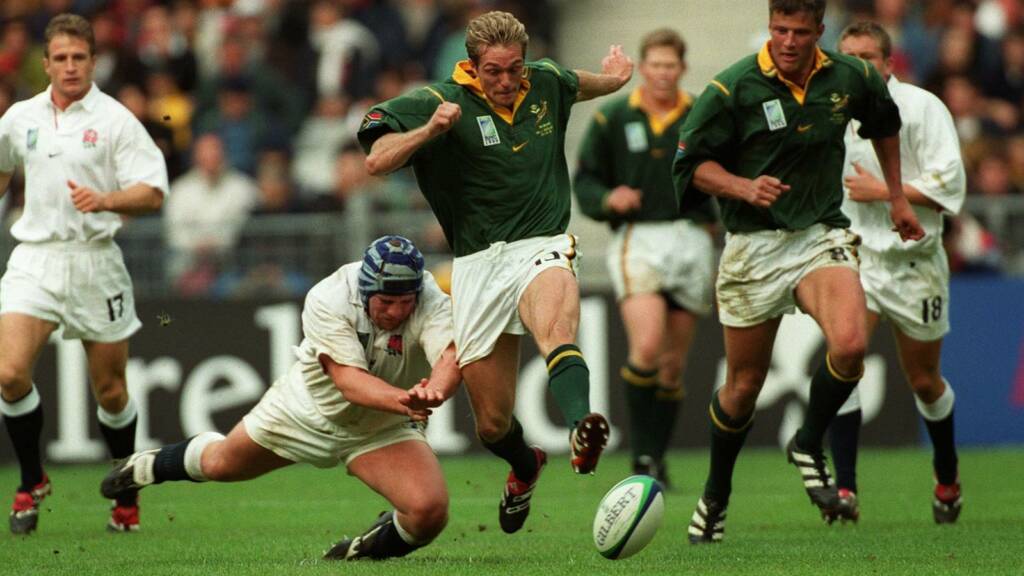 As much as Grewcock’s physical prep was on point, his mind was at breaking point. He needed to make a small adjustment in order to maintain those full-throttle performances.

“I realised that what I needed was a night out,” he adds. “That doesn’t mean go and ruin yourself, but going and chatting about something other than rugby over a couple of ciders.

“I recognised that the Lions would be another huge, intense event so I told myself ‘go have a drink with the lads after the game and relax’.”

For the Lions, attention now turns to South Africa, a country where Grewcock has experienced that rarest of things for a northern hemisphere team: victory against the Springboks.

“As far as success against southern hemisphere teams go, that win in 2000 was a turning point for England,” he says, referring to the 27-22 victory in Bloemfontein.

“As forwards, we realised we could take on the Tri-Nations teams, and if you look at our autumn results after that we regularly beat South Africa and Australia in the build-up to 2003.”

It took 18 years and eight attempts for England to repeat the feat of beating the Springboks on home soil.

Some may recoil from the ferocity of the 2009 Lions series – particularly the second Test in Pretoria – but you feel that Grewcock would have relished it. 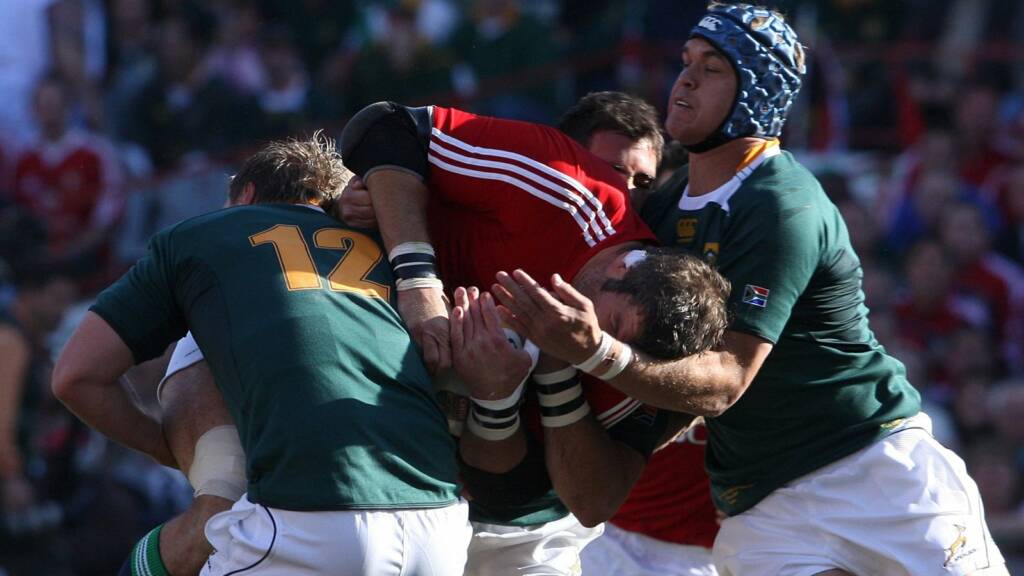 “You have to get stuck in and enjoy the full-on physical nature of a Test match against the Boks,” he says. “When we played them, they had guys like Andre Venter and Robbie Fleck: a really brutal pack and backline that were ultra-aggressive.

“It was probably one of the last games before citing commissioners came into it!”

In short, you have to meet fire with fire.

“The South Africans love it anyway,” he adds. “It was brutal but in a way that both teams were happy to get stuck in. Alongside that first Lions Test in 2001, it’s probably my favourite game.

“It was just pure, honest conflict.”

These days, Grewcock still seeks the aforementioned ‘shared adversity’, albeit through different challenges.

These have included a danger-filled expedition to the North Pole along with World Cup-winning teammates Lewis Moody and Josh Lewsey, and most recently the 125-mile Devizes to Westminster Canoe Race which he undertook with a former Royal Marine.

Teamwork aside, in 2013 he was reunited with his second-row opponent on that 2001 Lions tour, Justin Harrison, for a fierce charity boxing match.

After hanging up his boots in 2011, his place firmly secured in Bath Rugby folklore and hailed as “the perfect rugby player” by Sir Ian McGeechan, he transitioned seamlessly into the role of academy director at the club, helping bring through the likes of England forwards Charlie Ewels and Zach Mercer. 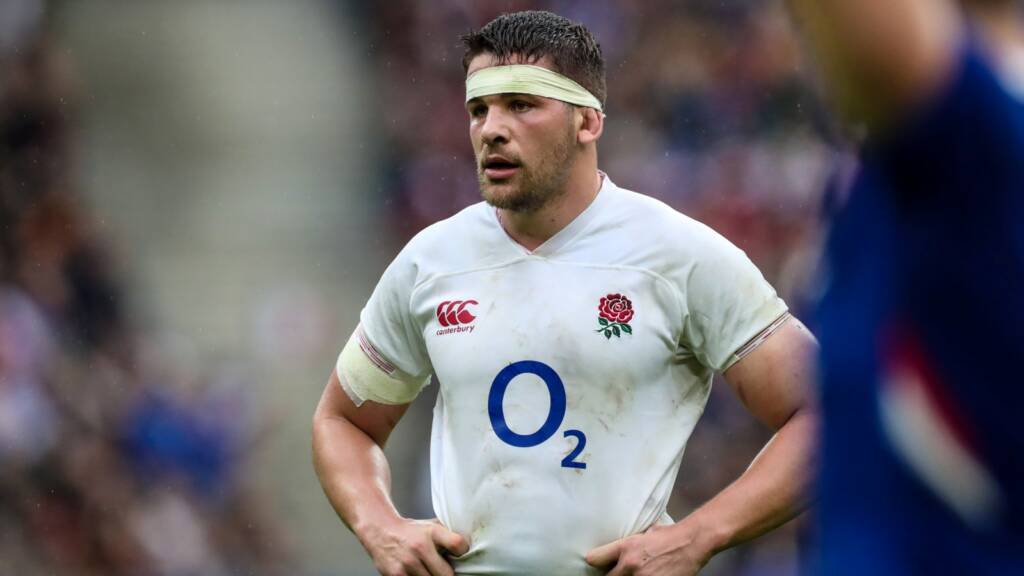 It looked to all intents and purposes that he was lost to the game when, in 2016, he upped sticks with his young family and moved to Northamptonshire to become director of sport at the highly prestigious Oundle School.

But now he’s back. In August last year he took up a dual high-performance role with Clifton College and the Bristol Bears Academy, meaning the game hasn’t seen the last of Danny Grewcock.

“I was immensely privileged to have the playing career that I did, so the challenge for me once I retired from rugby was to find a job that was equally fulfilling,” says Grewcock, who made close to 300 club appearances for Saracens and Bath.

“I realised pretty quickly that I love working with people and young kids, so I’ve been very fortunate to enjoy the best of both worlds working within a school and an academy.

“I get just as much pleasure out of watching a youngster develop and build their courage in the school’s ‘C’ team as I do seeing an academy player progress to the senior squad.

“Sport is a vehicle for building young people’s character in all aspects of life, and I’m proud to be part of that.”​