The fourth Lions Test at Eden Park in 1983 was the first time I’d sat in the stands to watch the All Blacks play. What a game to be at with the home team winning and Stu Wilson scoring three tries as he became the All Blacks’ leading try scorer.  [more] 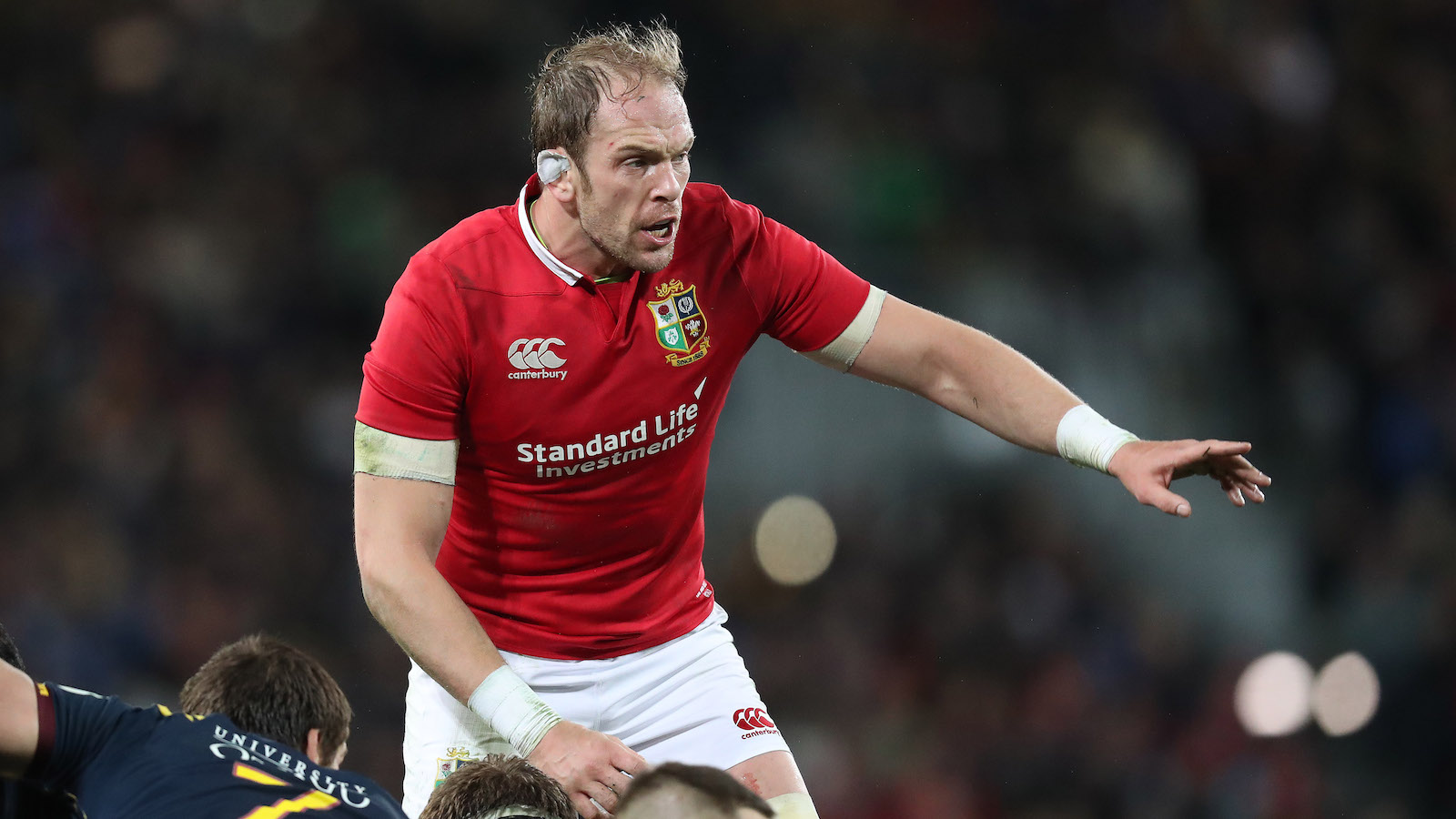 That Test also ignited a love of the Lions and it’s no surprise that covering the 2005 Tour to New Zealand is one of my top two highlights in almost 30 years as a journalist (the other, of course, was the 2011 World Cup in New Zealand).

Picking my favourite British and Irish Lions wasn’t easy. I’ve stuck to players I’ve seen in action and there are some tremendous Lions not on my list, but favourites are favourites for a whole range of reasons.

Tough, uncompromising and a thoroughly decent bloke on and off the field, Jones is the sort of hard-working lock Kiwis love.

He’s one of those guys we’d have preferred playing in a black jersey, not a red one.  It’s his durability and consistency in performance that stands out.

And his efforts for the Lions exemplify this.  Nine consecutive Tests – and the first player in the professional era to do it.

It doesn’t hurt that Jones also captained the Lions in the decisive third Test against Australia in 2013, winning that match in Sydney and the series with it.  Beating the Aussies is always good!

When England came to Dunedin in 2004, there was a lineout in front of the press box. As Keith Robinson, the All Blacks lock, jogged to it, he deliberately came through from the England side. That is, until Lawrence Dallaglio blocked his path.

For what seemed an eternity the two men stared at each other and then, perhaps sensing a physical confrontation would’ve been as productive as bashing two bricks together, they eased apart and into position, the crowd roaring in delight.

I thought of that moment a year later when Dallaglio was ruled out of the Lions two with a knee injury suffered in their first match.

He had been magnificent for the Lions in South Africa in 1997 and for England at the 2003 World Cup.  He was the sort of in-your-face player the Lions desperately needed in 2005 and the tour was poorer for his absence.

Sometimes, Lions tours go perfectly for a given player and the host country. Unfortunately for Brian O’Driscoll, that didn’t happen in 2005.

It is the furore that surrounded his injury in the first Test in 2005 that’s to blame. It went on for too long, was hyped up by the media and was appallingly handled by the home side’s PR team.

Amid it all, sympathy for O’Driscoll’s tour-ending injury being a secondary consideration as fans took sides based on their allegiances.

The saga could have been killed off by the All Blacks had Tana Umaga visited O’Driscoll in hospital and expressed his sympathy for his opponent being ruled out of the Tests (if he didn’t see the need to apologise).

Instead, Umaga fronted the media on the Wednesday before the second Test with a phalanx of stern-faced teammates acting like Roman guards.

Graham Rowntree seems to be one of those blokes you’d love to have a beer with. Certainly, as a journalist, it was always enjoyable when he fronted a press conference as a player and a coach, with his gentle needle mixed with his love for and knowledge of the game, he was great copy.

It’s not surprising he is a one-club man with 398 games for Leicester Tigers. 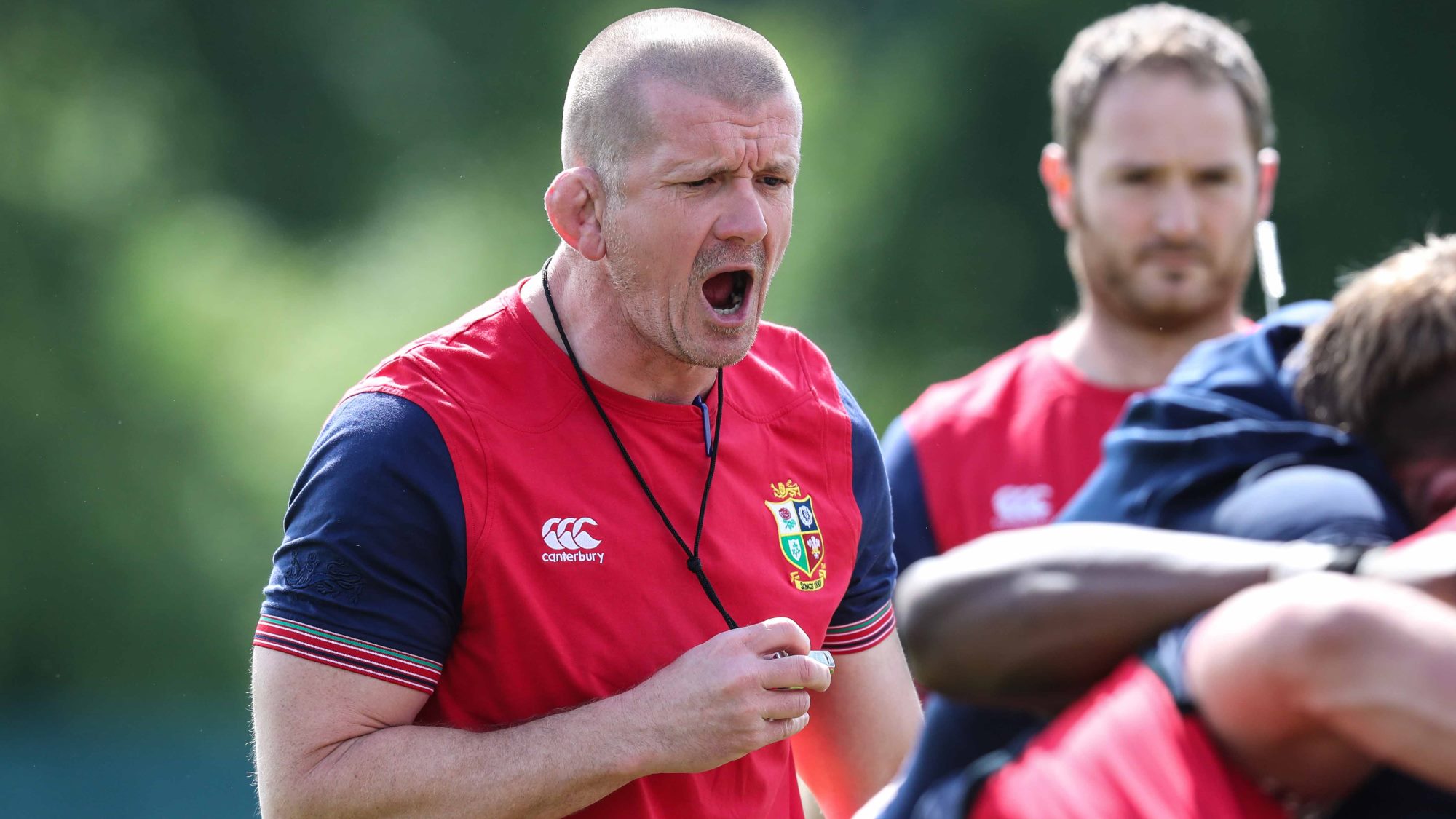 Gareth Thomas once walked into an All Blacks v Wales post-match press conference wearing nothing but his underwear.  He had been, he said, caught just before he was about to have a shower and told he had to come straight away to the presser. So he did.

Sport needs characters and Alfie was exactly that. His Lions career was brief with just the three Tests in 2005 and a match against Wellington, but he left a lasting impression when he took over as captain after Brian O’Driscoll’s injury.

He was always a good chat for the journos and it’s as much for that reason as any that he is on my personal list of favourite players.

Shane Williams is easily my favourite northern hemisphere player. This one-sided relationship began at the 2003 World Cup when he was picked as the third-choice half-back and tore through the All Blacks on the wing – after spending the week sick and in bed.

His on-field credentials speak for themselves with Lions tours in 2005 and 2009, and a surprise call up to play the Brumbies in 2013, and he’s Wales’ leading try scorer.

But he’s also a lovely fella off the field. I was lucky enough to share a stage with Williams at last year’s World Cup in Japan and his charm and humour had the 2000-strong crowd entranced.

His stories about Sir Graham Henry and Warren Gatland had everyone in stitches. Williams is an entertainer on and off the field.

“Socks down and elbows out. Love him.”  This was an oft used phrase by the manager of my under-21 club side as we watched the Lions smash and bash their way across Australia in 1989 and he was, of course, talking about Dean Richards.

The England No.8 along with flankers Mike Teague and captain Finlay Calder formed a formidable loose trio that, to these young eyes, were so much fun to watch.

They were tough, yet skilful, and oh so uncompromising. That Battle Of Ballymore, aka the second Test, was just superb and Richards was in the thick of everything.

He and Teague came to New Zealand four years later and it was great to see them live against the likes of Michael Jones, Zinzan Brooke, Jamie Joseph and Aaron Pene.

Finlay Calder didn’t tour New Zealand with the Lions but his twin brother, Jim, was here in 1983 and though he didn’t feature in the Test at Eden Park, I remember him from the game against Auckland.

Jeremy Guscott was dubbed the Prince of Centres by Sir Clive Woodward and while we’ve had some handy midfielders in New Zealand, Guscott is another you’d have loved to see playing in black.

He was such a smooth runner with pace and timing, and a deft passing game.  And he was handy with the boot too as South Africa discovered in the second Test in 1997 when he dropped the winning goal.

He marked Frank Bunce in the three Tests against the All Blacks in 1993 and Welsh writer Stephen Jones wrote recently that the pair are his dream midfield combination. They certainly would’ve been tough to stop.

Now here is a bloke who could’ve been an All Black. He’s lived and played here – including for the New Zealand Colts in 1990, is married to a Kiwi and has a bach at one of our beaches.

He is every inch what you want from a lock with an attitude so uncompromising, it’s little wonder he has that wonderful furrowed brow. Johnson was immense for England against the All Blacks in Wellington in 2003 and later at the World Cup, and was superb – always – for the Lions.

Though he didn’t enjoy success in New Zealand, he was a colossus for the Lions.  His physicality was crucial to beating South Africa in 1997 and he almost led the Lions to consecutive series victories in Australia four years later.

A win in that series, even for us Kiwis, would have been worth celebrating.