“It’s one of those moments you think about a lot but if I had my time again, I would still do the same thing.” [more] 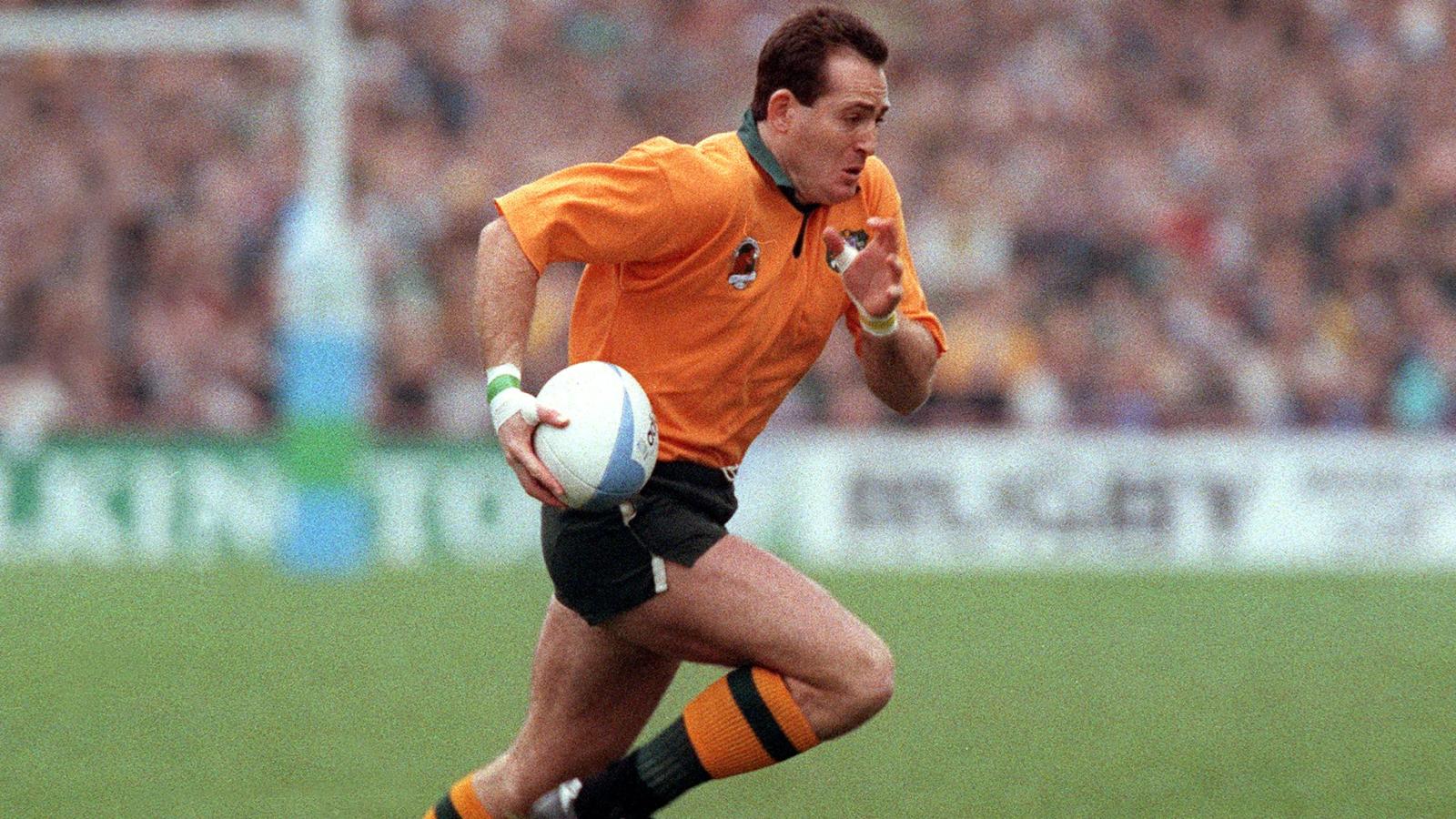 David Campese won the 1991 Rugby World Cup, where he was named Player of the Tournament, earned over 100 caps in a 14-year international career and is one of the finest sportsmen – let alone rugby players – that Australia has ever produced.

Yet to British & Irish Lions fans, he’ll always be remembered for a mistake – one that arguably handed the Lions victory in a rollercoaster 1989 series.

The moment has gone down in Lions folklore.

There are 20 minutes left in the decisive third Test in Sydney and Australia lead the Lions 12-9 when a Rob Andrew drop goal slips wide of the posts, where a waiting Campese collects in his own in-goal area.

The winger goes to run the ball out from behind his own try-line but then flicks a pass to his supporting full-back Greg Martin.

However, the pass is behind Martin, it hits the floor and the covering Ieuan Evans gleefully dives on the loose ball for the try and a lead the Lions would turn into a series-winning 19-18 victory. 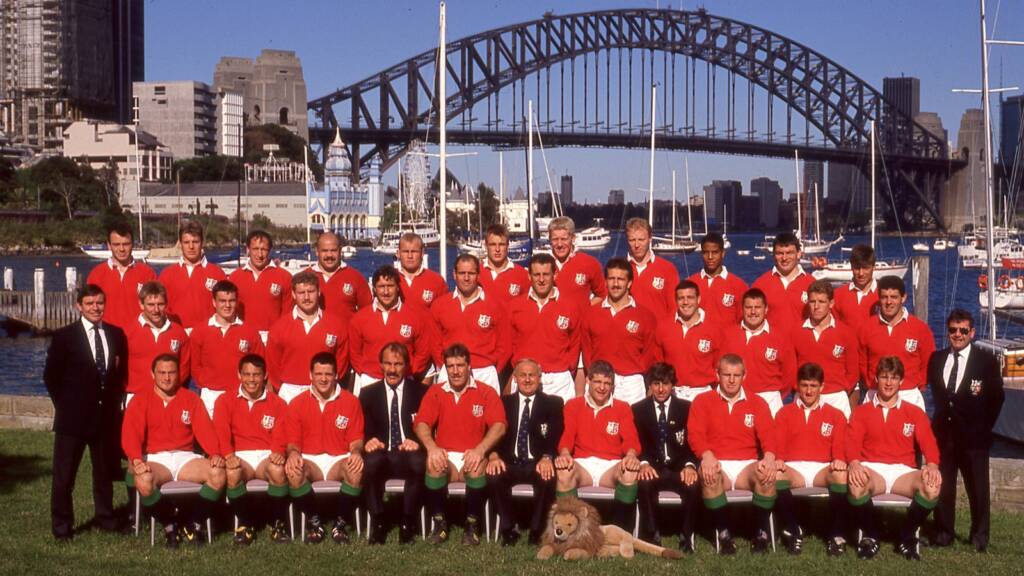 After the match, Campese was a pariah in his own dressing room and pilloried in the Australian press, so you might think the now-57-year-old would change his decision to run from deep if given his time again?

Yet the entertaining Aussie has never been about living with regrets and believes that moment was, in some ways, the making of him.

“Rob Andrew missed the drop goal attempt, I remember looking in front of me, seeing Ieuan Evans and there was no-one else,” explains Campese, in our exclusive interview for lionsrugby.com.

“Because I wasn’t that confident, I didn’t really take off. Greg Martin then called for the ball, I passed it and the rest is history!

“It’s one of those moments you think about a lot but if I had my time again, I would still do the same thing.

“As a player, you learn from your mistakes and two years later we won the Rugby World Cup. Those things are important at the time but it’s a life experience and it’s how you become a better player. 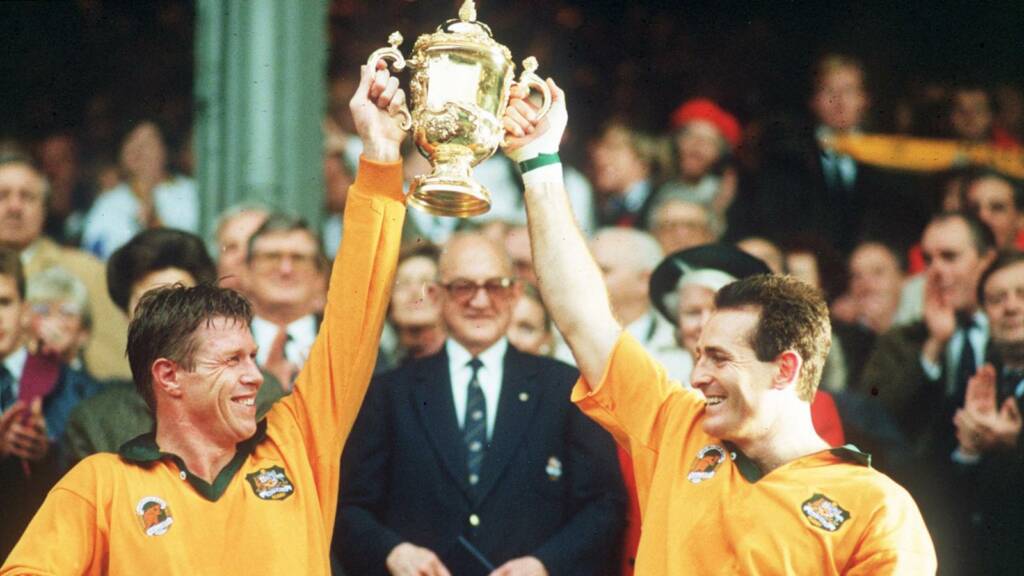 “I realised you have to move on. People always ask me ‘what would you go back and change if you could’ but I wouldn’t change anything.

“That’s how I played! No-one’s perfect. Life is about making mistakes, you know. That’s what happens – you’ve got to accept the responsibility. That’s part of life – you’ve got to stand up and be counted.”

A speeding ticket and an unexpected call

Campese always played the game with a maverick brilliance – reckoning that the potentially game-winning rewards for trying something spectacular outweighed the risks. 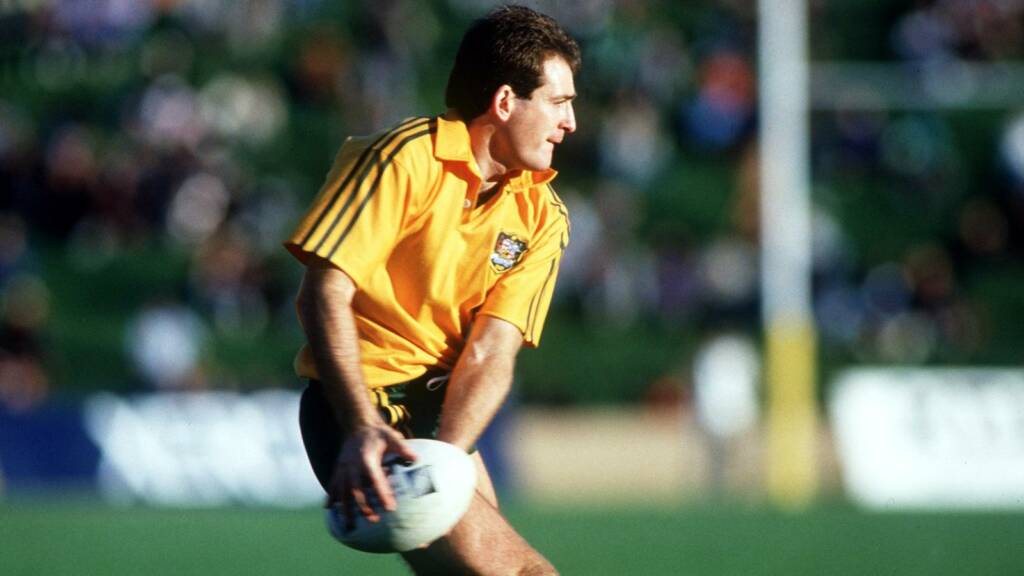 Inevitably, as that Evans try proved, it wouldn’t always come off but the man cited as “the greatest Wallaby of them all” by ex-Australian full-back Matt Burke, “the greatest entertainer of the lot” by legendary commentator Bill McLaren and “the Maradona, the Pelé of international rugby all rolled into one” by 1980 Lions fly-half Tony Ward, had his fair share of successes.

And while he has come to learn not to regret ‘that mistake’, Campese acknowledges that at the time, it was incredibly painful.

“It was a tough night of course,” he adds, when reflecting on the aftermath. “I walked in the dressing room, none of the Australian players or [coach] Bob Dwyer came near me for about 15 minutes and I was pretty down.

“Then I walked off to the post-game reception and I went up to Bob and said ‘look mate, I’ve got to go’ and he said that was fine. But I got pulled over by the police on the way home – I was caught for speeding!

“Then St Helens RFC rung me and offered me more money to go and play rugby league for them! I don’t know what game they were watching! It was a strange night. 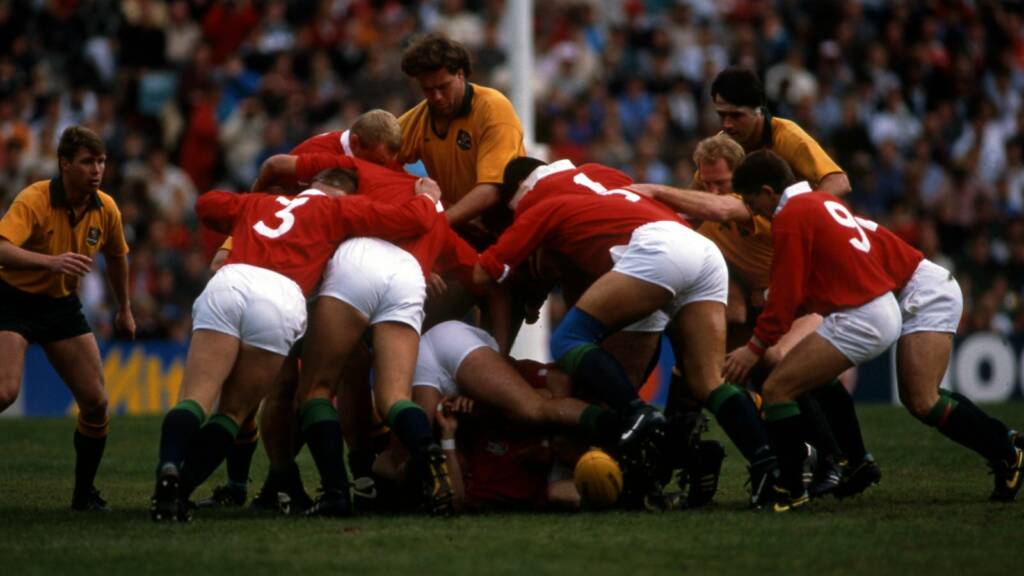 “We had an ANZAC (team of Australia and New Zealand players combined) game the following week against the Lions, so the next day I rang Bob Dwyer and said ‘look Bob, don’t pick me for that game’.

“But then I put the phone down and thought ‘oh s**t – I can’t tell a national coach what to do’. So I rang him back and said he could pick me for that game if he wanted [the Lions would go on to win 19-15].

“The ironic thing is, I did the exact same pass the next week and it worked! That’s the way the ball bounces sometimes. It’s about the moments – if it doesn’t work, it doesn’t work.

“I realised then you’ve got to be a bit more understanding of what happens in a team. I know it was a mistake but it was just one of those things that happened.”

A clash of styles

Having been brought up on rugby league – he confesses that when he started playing rugby union, he had no idea who the All Blacks were – Campese first became aware of the Lions when they toured New Zealand in 1983.

And as one of the stars of the world game by the end of the 80s, he was heavily used on promotional materials ahead of the 1989 Tour – the Lions’ first Australia-only Tour since 1899 – and admits he was relishing facing a team so steeped in history.

The Tour would prove to be a fascinating clash of styles – as the Wallabies’ penchant for expansive, flowing rugby collided with the Lions’ sheer physicality. 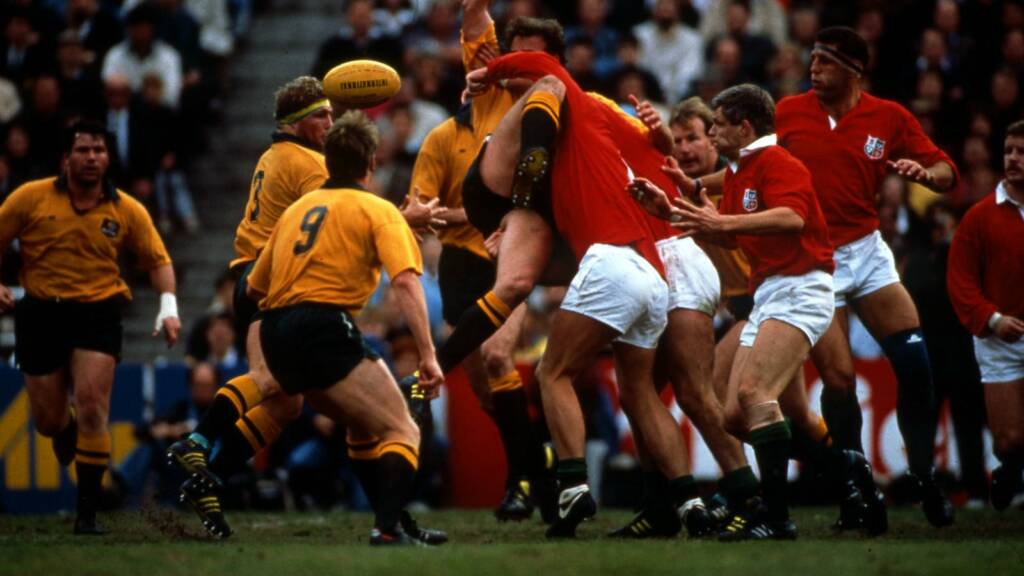 It made for a fascinating series, with Australia comfortably winning the first Test 30-12 before the visitors fought back to win the second 19-12 and the third Test by a single point following Campese’s error.

It has gone down in Lions history as an all-time classic and Campese concedes that the Lions’ gameplan worked to perfection, while he has also gone on to make friends with some of his opponents since retiring from playing.

“The first Test was great for us but in the second Test, we didn’t anticipate that it was going to become a dockyard brawl,” he laughs.

“In rugby, you can play so many different styles and you’ve got to adapt. It was such a physical game – they realised what they had to do to upset us.

“We just didn’t react well to it, especially the forwards. We had Scott Gourley who was very young, only 21, whereas the Lions had Dean Richards in the back row and then two policemen in the second row in [Wade] Dooley and [Paul] Ackford. 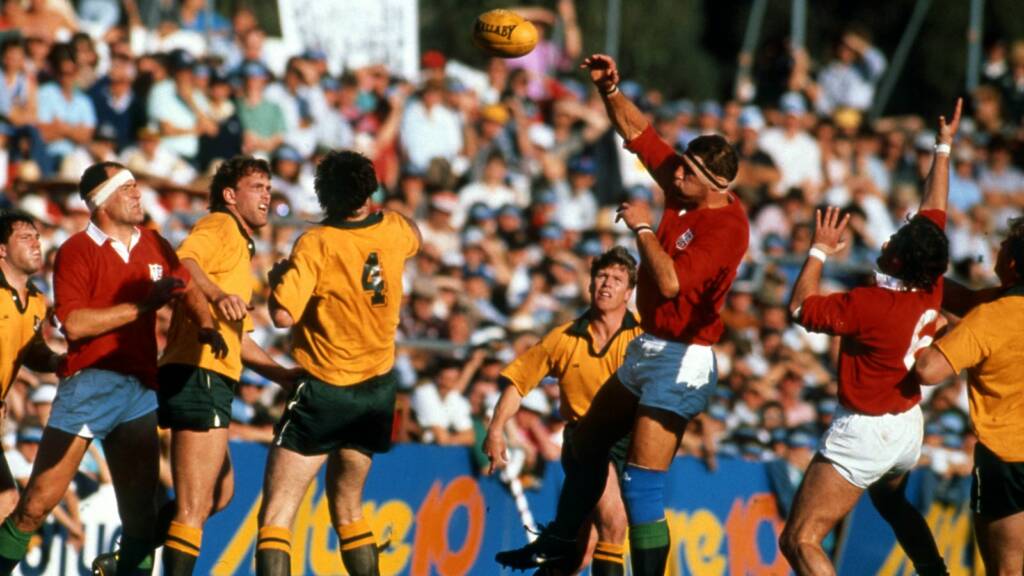 “They had some big boys and we were quite young, so the experience and age factor didn’t really count on our side in those second and third games.

“At the time, the Lions were out here to win – it wasn’t a social occasion, so you didn’t really mix. The touring teams were here to beat Australia.

“But a lot of those Lions players became my mates after my career – there’s Ieuan Evans, I know Will [Carling] pretty well, [Craig] Chalmers as well.

“I see a lot of the guys – Dean Richards and [Lawrence] Dallaglio, who came a bit later – who do a lot of speaking engagements.

“These are very different environments and that’s what rugby is about – you played hard, had some good victories and losses and then you move on. That’s life.” 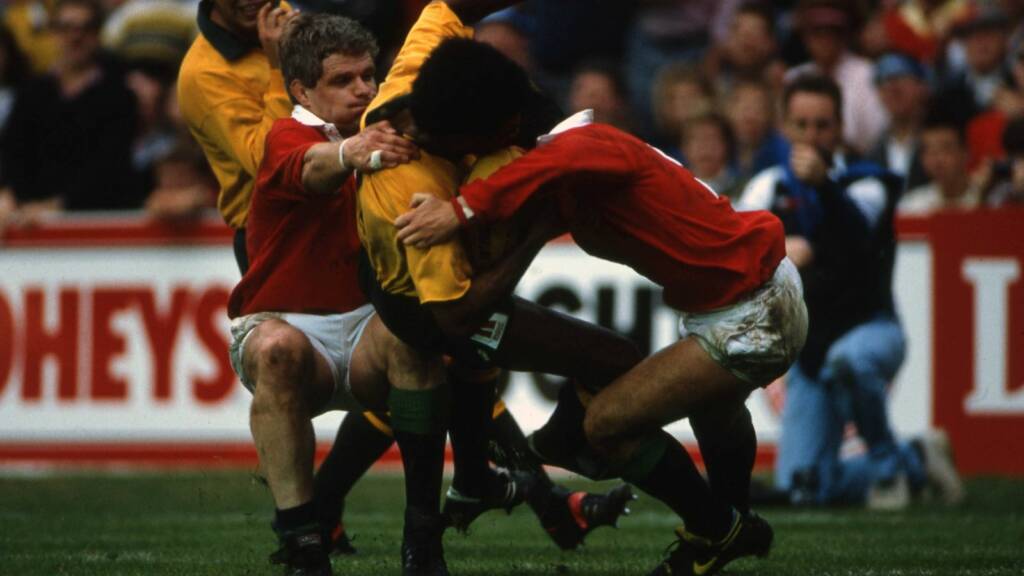 Campese will always remember the 1989 Tour and he believes the Lions provide something unique in modern rugby – with the famed ‘sea of red’ proving quite the spectacle every four years, even for opposition players and fans.

“It’s one of those traditions that I hope the younger generation understand what the Lions bring to rugby around the world,” adds Campese.

“It’s very unique and it is rugby history. The younger generation need to know what an honour it is to play the Lions.

“The behaviour is great, you never get too many problems. Then there are those guys who put £20 a week away when one tour ends so they can go on the next tour – that’s amazing!”

Campese will be keeping an eye on the Lions’ Tour to South Africa next year, especially with a return to Australia on the Lions’ schedule for 2025.

“It’s going to be a very different Tour,” says Campese. “With the Springboks being world champions, there is going to be a lot more pressure on the South Africans.

“I know Rassie Erasmus has stood down [as head coach] but he’ll be involved and there are a lot of big players who play in Europe who will want to be out there.” 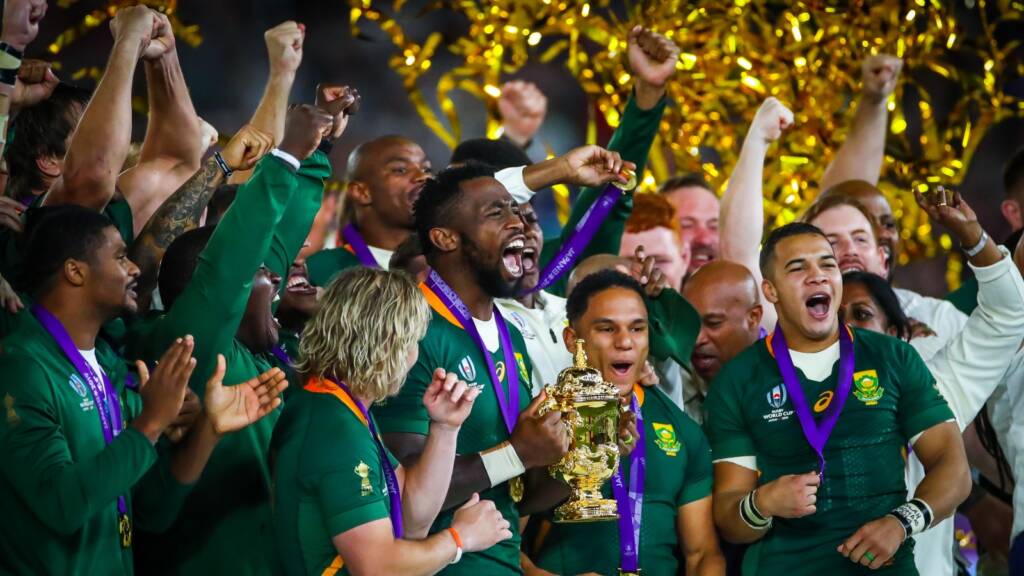 Stepping on to social media

In the meantime, Campese keeps himself busy with a number of different projects – including venturing into the world of social media.

He hosts ‘Campo’s Corner’ on his Instagram channel, where he interviews a different rugby personality each week – with guests so far including Bob Dwyer and Danny Cipriani – while he has recently started a YouTube channel where he posts coaching videos.

“Instagram has been going for a while – but we’ve spoken to Bob Dwyer about attacking rugby under pressure and Danny Cipriani as well,” explains Campese.

“Rugby is very different from when we played but I think we can teach them a few things. We really need flair again, players who, when people to come to the game they think ‘this guy is great.’

“I’m doing virtual coaching as well for coaches and players. I’ve just opened my YouTube channel with all my skills videos.

“Everyone remembers me as a player and not as a coach, so I’m trying to get involved – pass on a bit of knowledge.

“You know, it’s probably going to be running the ball from behind your own line and letting the opposition score sort of tactics!”