Tom and Ben Youngs have the rare distinction of being brothers who have toured together as Lions, the duo embarking on the 2013 adventure to Australia as Lions #788 (Tom) and #799 (Ben) to be part of the first winning series in 16 years. [more] 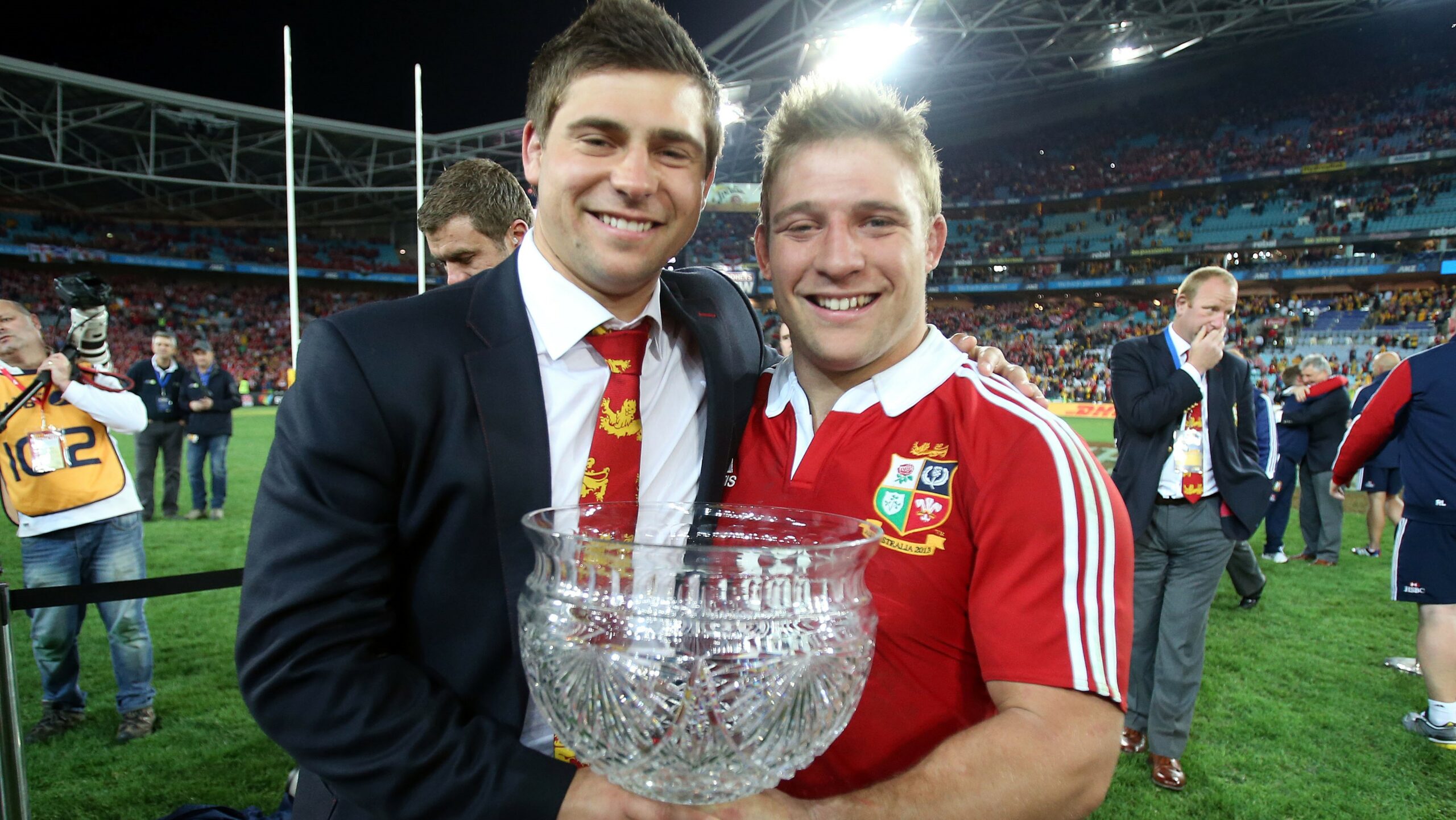 The Hastings, Underwoods, Wallaces and Calders are among the other players to have achieved the unique feat of being Lions from the same family in recent times.

In 2013, the Youngs both appeared seven times in the red jersey with Tom playing in all three Tests in 2013 and Ben lining out in two as the Lions overcame Australia in dramatic but ultimately decisive style. Ben was also selected for 2017, though he made the decision not to tour for reasons outlined below.

Speaking to documentary maker Ben Uttley, who produced and directed the 2009, 2013 and 2017 Lions films, the pair discussed how the memories of 2013 are of a special Tour and a special group.

Ben (Youngs) remembers: “It was a fantastic group of people. Australia is a fantastic country, one of the best places to tour. Having your family, having your brother there – it just really couldn’t be better.”

Tom also recalls a unique collective, people who will always be bonded by the experience.

“What’s so special about it all is that that group will never be together again in that circumstance,” he said. “To do it with Ben, having all our family there – wives, girlfriends, mother and father-in-laws – so many great memories, when I think back it just brings a smile to my face. There are so many people who I remain friends with.

“And then to win it, with the fans out there, it was just fantastic. It’s not one moment, it’s the whole six weeks. The whole thing was just brilliant.”

Both brothers recall head coach Warren Gatland sticking to his plan of having down-time before the third Test, with just one full-on training session undertaken.

Tom remembers: “You could just tell we were ready for it and that we were going to win it. It made for great drama. 1-1 and the build-up to the third Test and for Gats to still back his plan of going to Noosa to have some fun and then one training session.”

Ben played in the first and second Tests but, with the team freshened up, was forced to watch from the sidelines for the third.

“Watching is always hard,” he explains. “You watch it as a fan, but you know what the plan is and it’s very nerve-wracking. I was just delighted for the team, that we’d won and that I’d been able to contribute along the way to doing that.

“Everything is geared towards the Test matches, winning the series. That is the most important thing and for the boys to achieve that as a group is just fantastic. I don’t think we flew back until the Wednesday so we had a fair good go at it, celebrating!”

Four years later, a very different scenario presented itself with Ben choosing to withdraw from the squad due to the serious illness of Tom’s wife Tiffany, who had been given a terminal cancer diagnosis not long before the squad was revealed in April that year.

Tom’s memories of the time are stark but Ben’s decision to remain in England proved a vital support.

He says: “To be told your wife has got terminal cancer and there is nothing they can do is a shock to anyone.”

Tom managed to complete the season with Leicester.

“Ben never came and discussed it with me,” he remembers. “He made that decision himself. We’ve already alluded to how much the Lions means to us.

“To stay behind to support me, to spend some time with Tiff. We went to Centre Parcs and did a few things like that. For Ben to stand by my side and be a brother and stick with me was fantastic and so selfless.

“What Ben did for me was in my heart for a long for time. I will always owe him everything for it. It was exactly what I needed, and Tiffany as well to just help us through a very tough time.”

Amazingly, having been given that terminal diagnosis Tom’s wife Tiffany recovered and is now, among other things, working on a project including a website for those who receive similar diagnoses.

Tom continues: “There are not many times you get to a fairytale ending. To imagine that your wife is not going to be next to you is a very surreal moment. Now, how well she is doing…she’s turned the whole corner. Life is back and that shadow is gone.”

Ben’s memories of the time are of a decision that was not a difficult one to make. Selected as one of three scrum-halves he was a contender for further Test honours following an excellent season for England, which included a Six Nations title.

A conversation with Leicester head coach and fellow Lion Geordan Murphy helped confirm his instinct that he needed to be at home, and therefore to withdraw from the squad.

“I said to my wife, there’s no way I can go on this. I need to be with the family, I need to support Tiff, and I need to be there as a brother for Tom because we knew what was happening,” he says.

“I spoke to Geordie Murphy about it. I needed a sounding board, though I knew the answer. He’s a fantastic guy, someone that has great advice.”

“I just wished him and the boys the best of luck and watched it as a fan. I never for a second watched wishing I was there.

“I knew where I needed to be and I was happy to watching the boys do their thing. To watch them go and draw a series in New Zealand was incredible, and good on them.

“I look back now and we got to do some awesome stuff together as a family and have fantastic memories. We’ve come through that, that horrible dark cloud. To be where we are now is great and we look forward to what’s ahead. It puts rugby in perspective and makes us enjoy what’s coming up.”

Looking to the future, Tom can now think ahead to South Africa and the possibility of touring, though perhaps in a different capacity this time around.

“Oh I’d love to! I think I’m the wrong side of 30 now (to play)! I never thought I’d actually play for the Lions but we’ve always said as a family (since 2013) that we’d love to go and travel South Africa with the Lions. To tour it and watch the games,” he explains.

“We’ve got a few mates who keep talking about it. I would love to really enjoy it from a fan’s point of view. I’m sure we’d have great craic, eat a lot of red meat and drink a lot of beer! I’m sure I’d come back very overweight as well!”

For Ben, 30 years old yet with a century of Test caps already to his name (99 for England, and two for the Lions), if a third selection to a Lions Tour party is to materialise it will be on the back of continued performance for club and country.

“Players have always got the ambition. Right now with everything going on at the moment it seems a long way away,” he admits.

“My ambition is to carry on playing for England, playing international rugby. On the back of that, if I get the opportunity to go in 2021, of course (I’d love to). If it’s anything like my experience in 2013, it would be amazing. Like Tom says, we’ve got some great family friends who live out there.

England Feature News
Previous story The story of a little piece of Brian O’Driscoll magic
Next story Brits: Lions will be eager for 2009 ‘payback’ in South Africa