One tablet a day is all it takes for Gareth Thomas to know that he cannot transmit HIV in any way. [more] 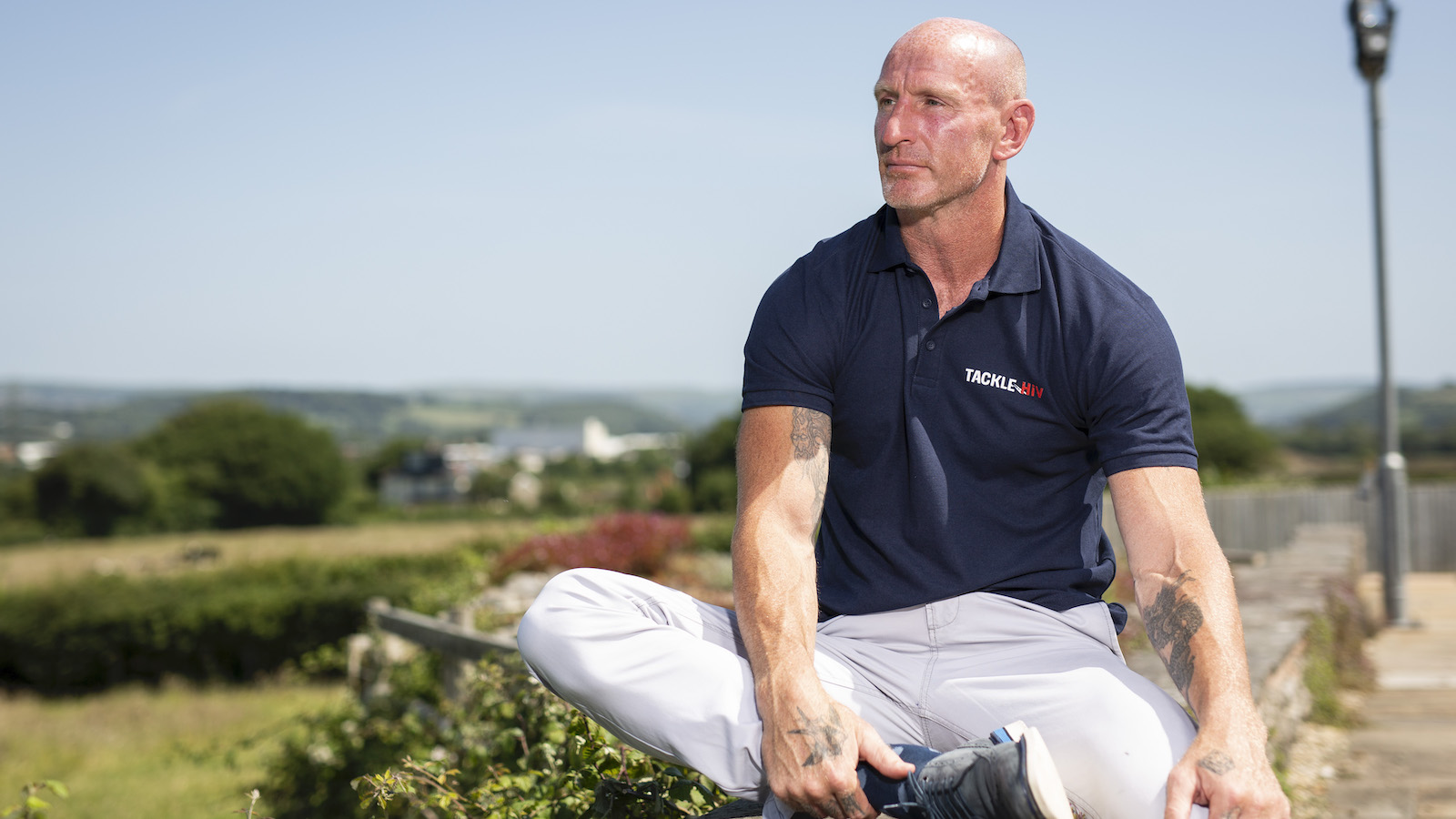 The treatment is simple, non-invasive and allows the 2005 British & Irish Lion to live a normal, healthy, happy life.

And yet according to a recent survey, fewer than one in five people are aware that with effective treatment those living with HIV cannot pass it on to their sexual partner.

That survey of 4000 people was undertaken by Tackle HIV, a new initiative launched by former Wales rugby captain Thomas in association with ViiV Healthcare to improve public understanding of HIV and break the stigma that surrounds it.

For Thomas this is about education. Not educating those with HIV, but everyone else.

He explains: “We still live in a society and a world where stigma holds back people being able to be honest about living with HIV.

“Because the truth is, I live with HIV, I take a single tablet every day. I’m on effective treatment that means I can’t transmit HIV in any way, shape or form.

Today in the UK there is still stigma and misunderstanding around HIV.@gareththomas14 has decided to #TackleHIV with @ViiVHC and @THTorguk for everyone living with the virus.

You can play your part and help us end stigma around HIV now ➡️ https://t.co/48ofJ6bZME pic.twitter.com/NYrx5e4qEQ

“I live my life with HIV with no limitations. I’m not saying that people who stigmatise are wrong and should know better, because I had my own stigma. When I found out I was living with HIV, I thought I was going to die.

“I’m not shouting at people, I’m just telling them we can create a better environment if everybody knew the situation of how far science and medicine has come in the last 20-odd years since we watched that horrific advert and the tombstone telling everybody that HIV and AIDS is a killer.”

There is something bitterly ironic about the advert to which Thomas refers: the ‘Don’t Die of Ignorance’ campaign featuring the iconic voice of the late John Hurt.

People are only too aware of the dangers of HIV and AIDS. The problem is the ignorance of just how far the medicine has progressed in treating the virus. It is for that reason the stigma surrounding HIV still exists, and why Thomas is so desperate to raise awareness.

A British & Irish Lion in 2005, captain for two of his three Test matches, and a Grand Slam winner with Wales in the same year, Thomas certainly made his mark in the sport that he loves.

But he knows his impact on the world can transcend his plentiful achievements on the rugby field. 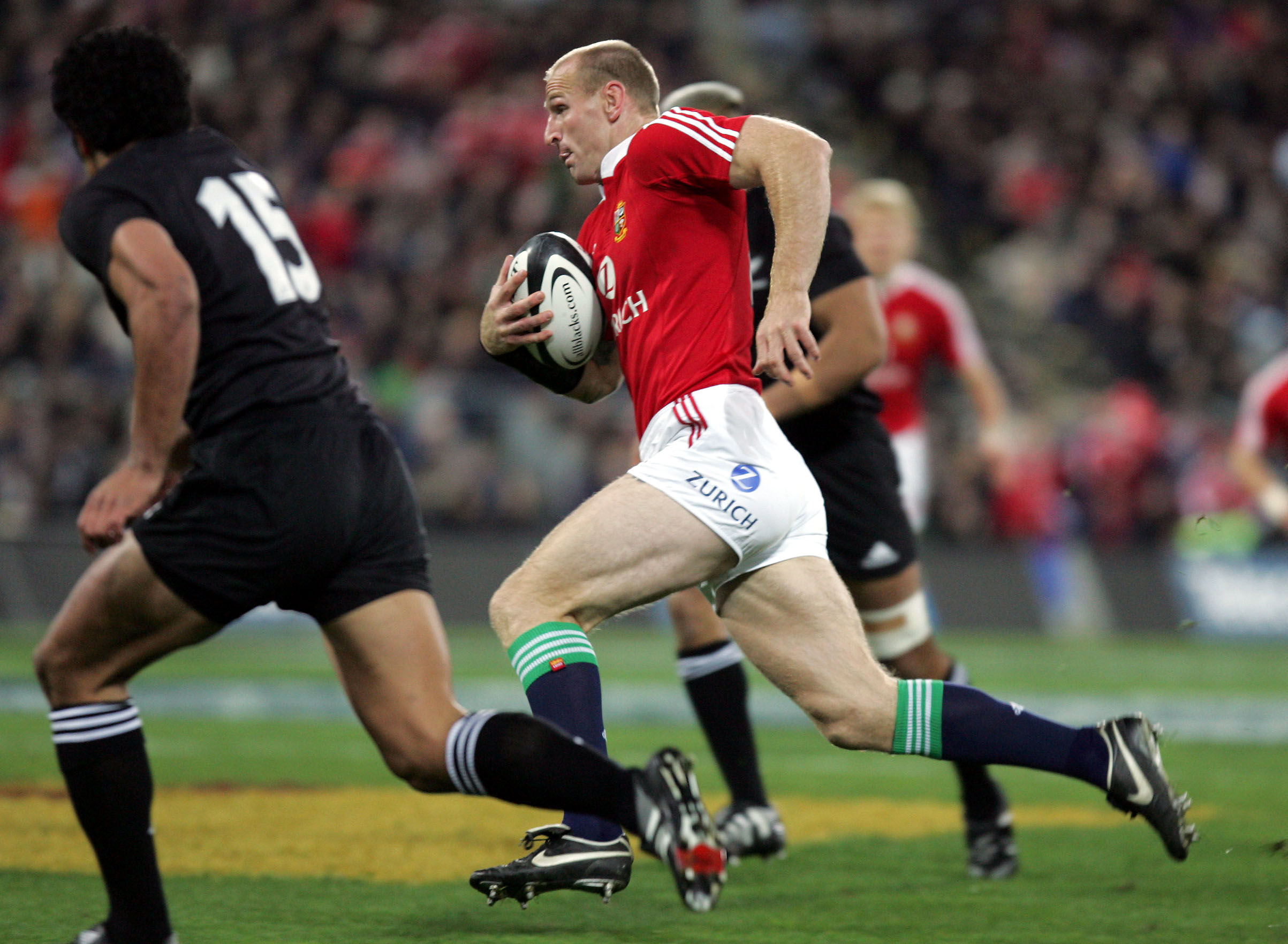 “I was somebody who felt they were educated in this,” says Thomas, who announced he was living with HIV last September.

“But the fact is, there has almost been this underground movement of science and medicine in the last 20 years, and it has not been publicised.

“When I found out about treatment and how effective it could be, and how non-invasive, that I just have to take one tablet a day, once I realised that I could live a normal, healthy, happy life, I kind of came to terms with it a lot easier.”

Thomas readily admits that he enjoys a privileged position when it comes to living with HIV, in part because he has educated those close to him about what it really means to be in his situation.

The 45-year-old is also aware that others have a much harder time of it and that is why this means so much to him.

There are other results in the survey that stand out: more than 60% of the people surveyed said they would or might end their relationship if they found out their partner was HIV positive. Particularly poignant for Thomas is the fact that more than a third of those who play contact sports say they would not play against an opponent living with HIV. 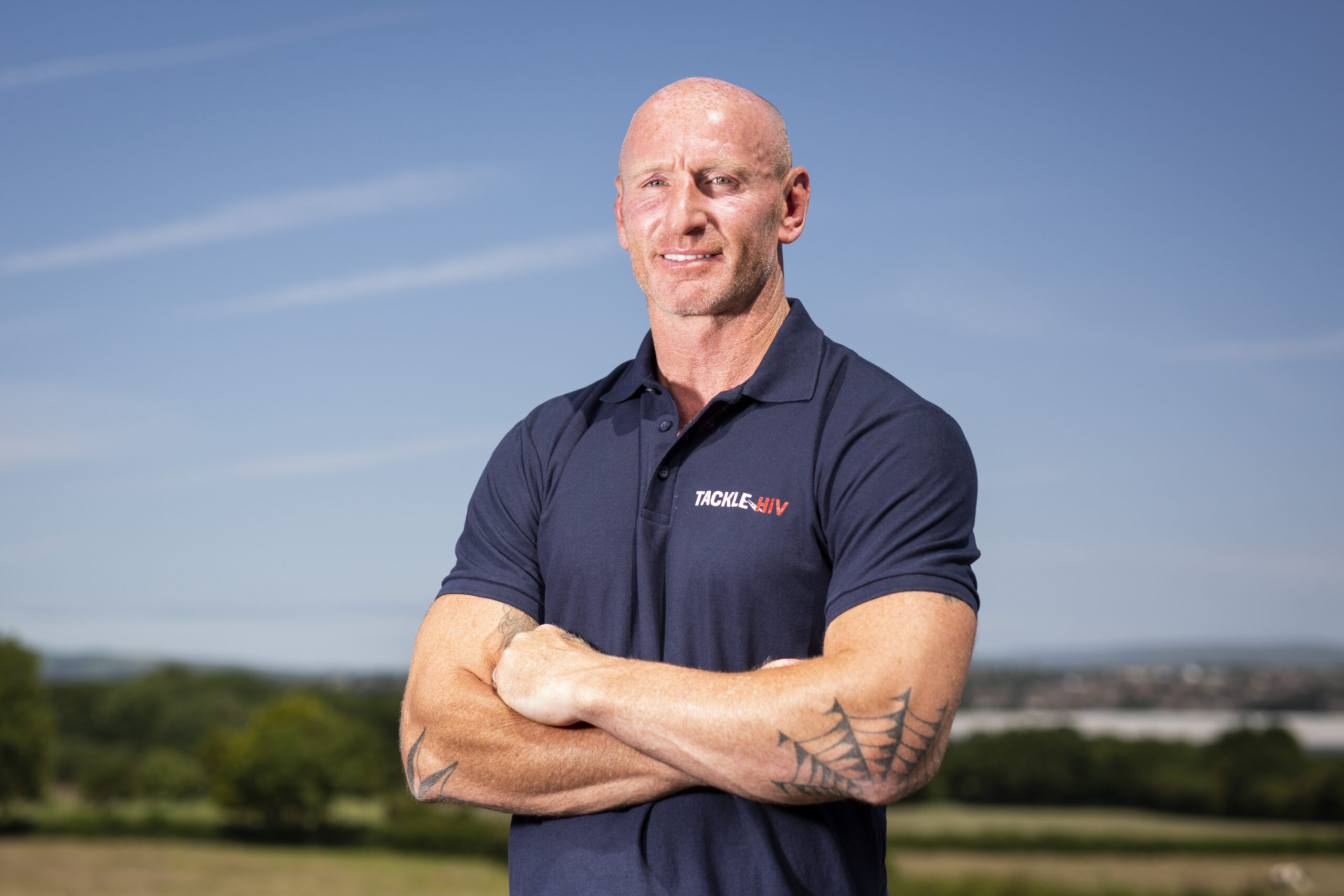 For a man who was at one time Wales’ all-time record appearance maker and the country’s all-time try-scorer, not to mention a Lions captain, that response came as a shock.

Thomas wants to reach as many people as possible because he knows that many of those who perpetuate this stigma are not bad people.

He concludes: “For me, the goal is to get as many people aware of the fact there is a stigma around HIV, and if they are aware of it, they can do something about breaking it. I want this to reach as many people as possible.

“I’m not telling people what decision they should make or how they should live their lives, but they need to make an educated decision before they are prejudiced.

“If they have an educated understanding of HIV, and are still prejudiced, then they are not very nice people. But a lot of nice people are doing it because they don’t understand. I want as many people to be as educated about this as possible.”

Tackle HIV, a new campaign led by Gareth Thomas in partnership with ViiV Healthcare and the Terrence Higgins Trust, aims to tackle the stigma and misunderstanding around HIV. For more information visit www.tacklehiv.org and follow @tacklehiv