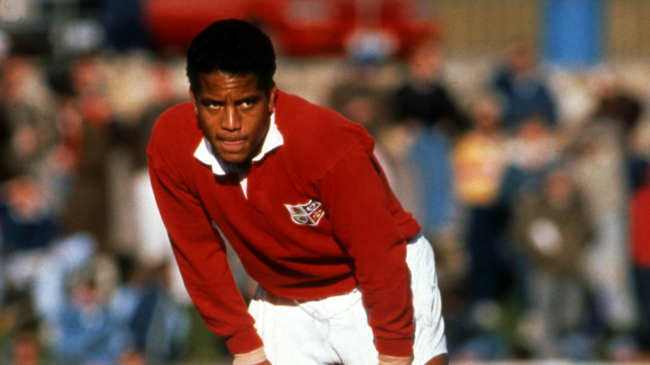 “All my rugby up until that point flashed through my mind and the elation was…well, I could’ve self-combusted, simply just exploded.”

There are many sportspeople who speak of their great moments and relay that memories are hazy, ‘it was all a blur’, that they wish they’d had a second to take in the accomplishment.

But there also memories that mean so much to that person they are crystallised in the mind to be re-lived for the rest of their life.

Now we know what you are thinking. Whisper Jerry Guscott and the British & Irish Lions and the unforgettable 1997 drop goal flashes in the mind. Today is the anniversary of that day, but for the man himself there is another time he was able to enjoy more. 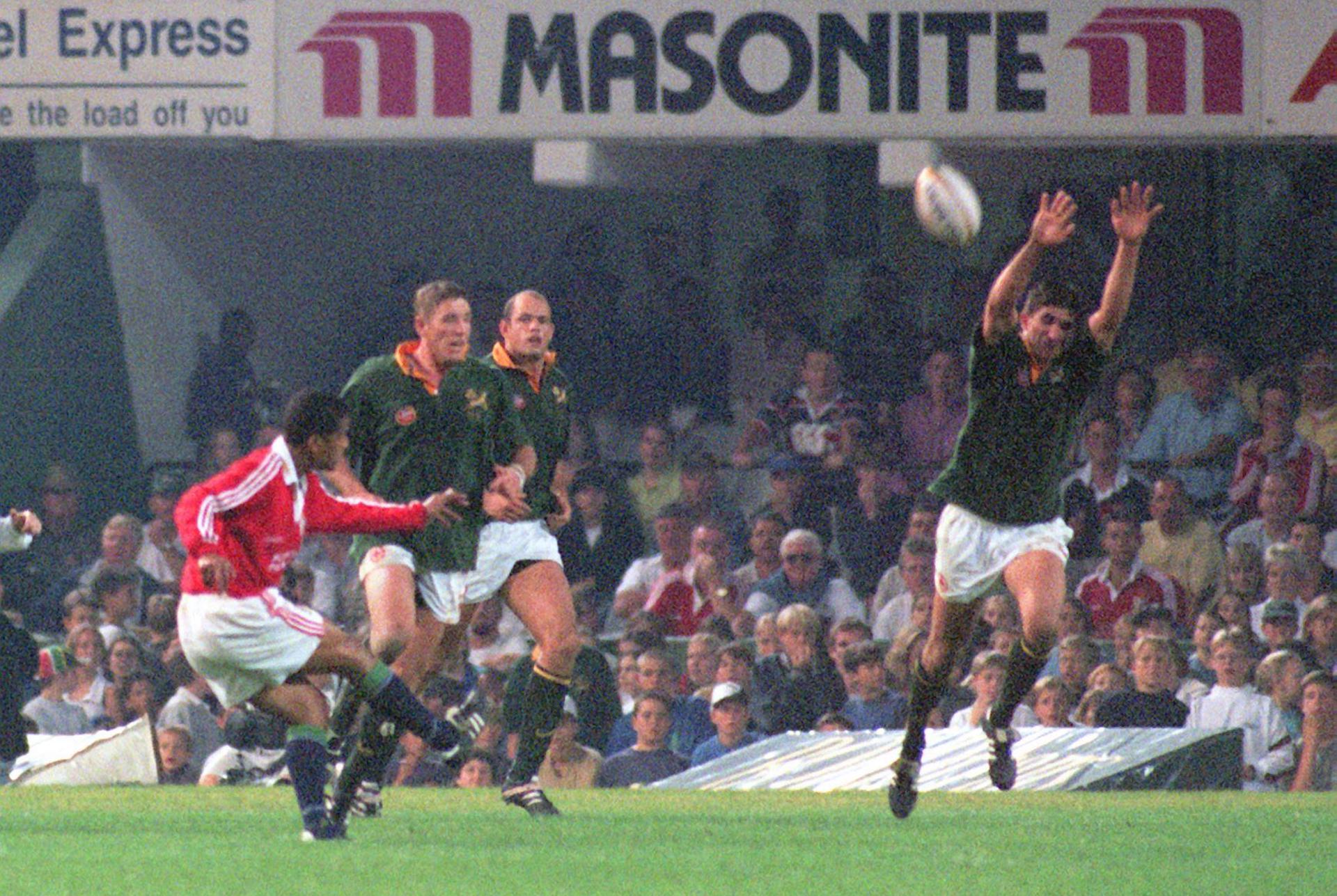 “The one that most people remember me for is the drop goal in Durban in ‘97, but the try I scored in the second Test in ‘89 is more poignant I think for me.

“It was my first Tour and I really didn’t expect to go on it, I didn’t even think about British & Irish Lions. I knew of them, but it wasn’t on my radar because England wasn’t even on my radar.

“But I had this crazy week where I played in the Pilkington Cup Final for Bath, we’d won the league, and had a mad week of celebrations with that.

“I’ve explained it to a few people before that when I scored that try in the second Test, I went on the Tour with no expectation and I was almost in a…you know, when you’re kind of in a dreamland.”

It’s understandable how Guscott, now 54, was in a dreamland. Then a bricklayer, double silverware with Bath was followed up with a hat-trick in England’s win over Romania in Bucharest in May – the Prince of Centres just warming up for the throne.

Before the Tour of Australia commenced, Will Carling got injured and Lions coach Sir Ian McGeechan called up then-England boss Jack Rowell to ask if Guscott ‘had what it takes’ – fortunately for us all, both men agreed he did. 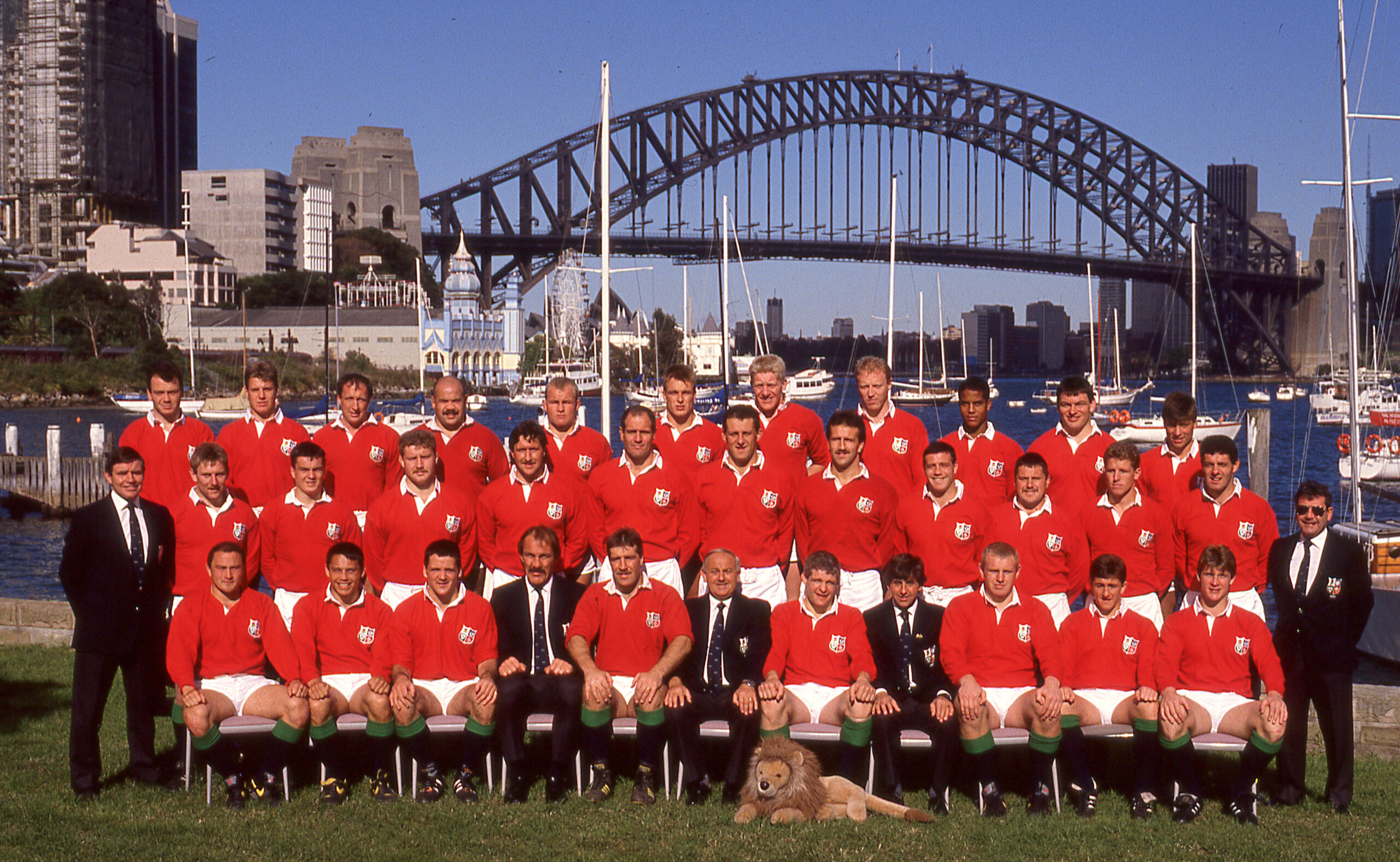 And so Guscott headed Down Under, Bath teammates Andy Robinson and Gareth Chilcott friendly faces, but was only on the bench for the first Test, more part of ‘Donal’s donuts’ – the midweek team captained by Donal Lenihan that Guscott still proudly considers himself a member of.

Australia dominated the first Test, 30-12, so for the second in came Guscott, Scott Hastings, Rob Andrew and Mike Teague. Gavin Hastings touched down a try with four minutes remaining for a 13-12 lead.

“People talk about the zone, getting in the zone, like 100-metre sprinters,” he added. “Everything happens in slow motion, it can be quite easy to recall.

“You anticipate everything and can actually see a path as to what’s going to happen. In the Sherlock Holmes films when he’s going to get into trouble and get in a fight he reacts to what is going to happen, it’s almost a prediction and that’s being in the zone.

“It hasn’t happened very many times for me in that way, everything around you moves in slow motion but you are quicker than everybody, it’s a heightened intensity that you have, you’re almost invincible.

“I kicked in-between Michael Lynagh and David Campese, and when you put in a grubber-kick you never quite know if it’s going to bounce up, will you have to kick it again? Will it bounce up into your arms? Will you drop it? But this all happens in sort of nanoseconds.

“I kicked it through with my left foot into a gap, chased it and it just bobbled up into my hands, I pulled it in tight and sort of Rugby League style went over and scored the try, and it was a real strange feeling that I got.”

The Bath centre’s try was a moment of attacking brilliance, smuggling the ball through the line with three defenders closing in on him.

The Lions led 17-12, the kick in front of the posts would be easy and Australia would have no way back. Just as he would do with his unforgettable drop goal eight years later, Guscott had delivered in the biggest of all moments.

He continued: “I can remember that try much more vividly than the drop goal in ‘97, weirdly because my rugby career has always been about the here and now, not what’s been, but what’s going to be happening next. 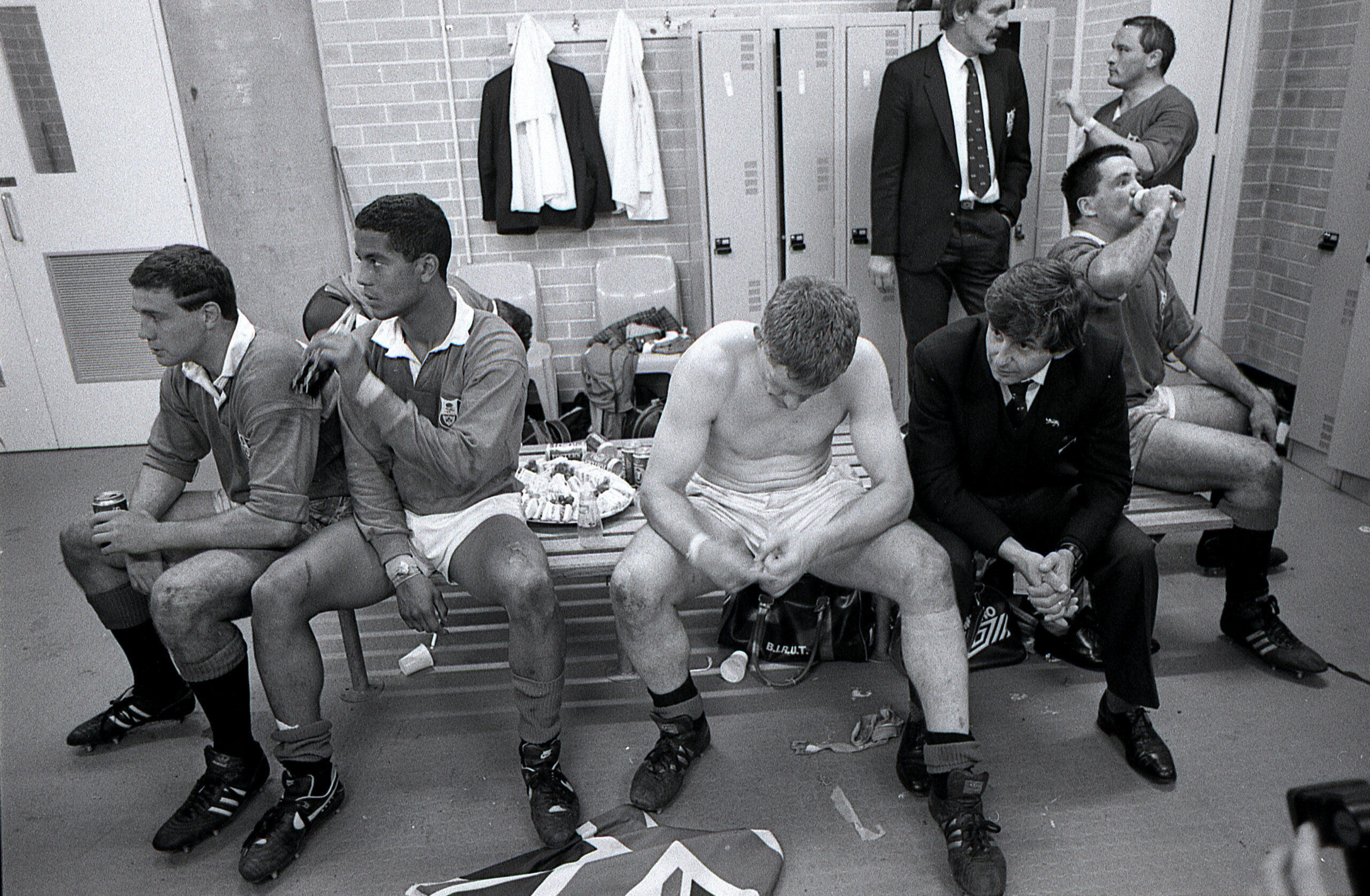 “After dropping the goal in ‘97 there was massive elation, I remember Scott Gibbs jumping up, kissing me on the cheek and a few high-fives, but it was a feeling of ‘this game isn’t over’, there were a few minutes to go and we knew we had to scramble like mad.

“In ‘89 it was done and dusted after my try. I felt real disbelief at what had happened.

“I sprang back onto my feet, ducked out of whoever came to celebrate with me, ran by the posts and jumped up and threw the ball away, I just couldn’t believe what had happened, it was surreal.

“I had all these visions a bit like a film, it was really silly! This sort of out-of-body experience, I remembered playing mini rugby at Bath, junior rugby at Walcot Old Boys, colts rugby back at Bath, the thirds – everything.

“It happened in seconds but it felt like a long time. There was just this kaleidoscope of memories, quite mad but also incredibly elated, as I said I could’ve self-combusted.

“It was just pure, unconditional joy of accomplishment really, that I could live in this rare atmosphere of elite rugby, playing with the best, against the best, and holding my own.

“There was a funny line from the physiotherapist, Smurf, Kevin Murphy, who was sat on the bench at the time.

“And Kev just whispered to whoever was sat next to him ‘I don’t think Jerry Guscott will lay another brick in his life’”.