“I learned to enjoy myself while you can, fight for what you believe in and have a good time along the way – this is very much how I now approach dealing with motor neurone disease”. [more] 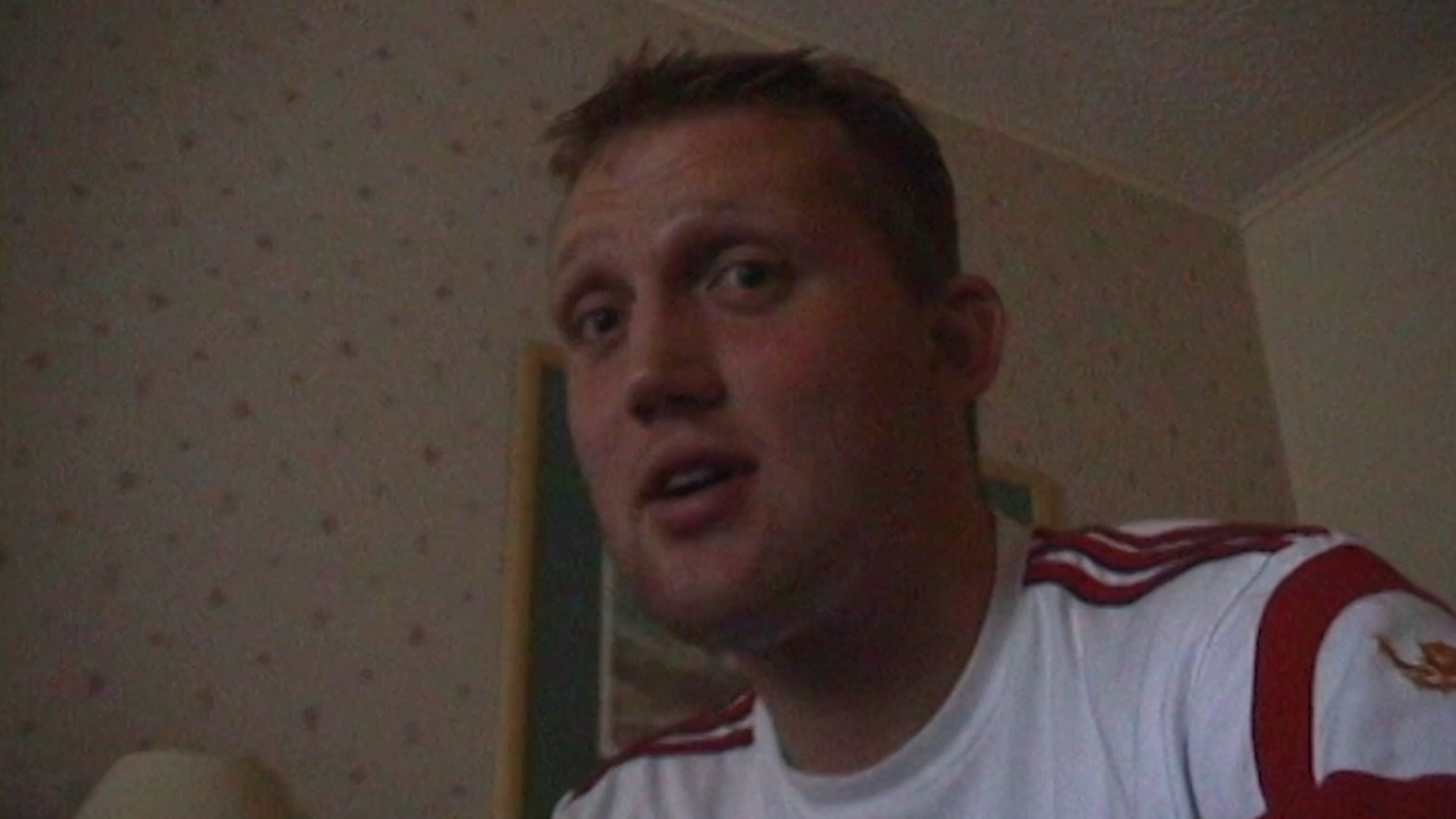 During his career, Doddie Weir marked himself out as a special player – you have to be in order to be selected for a British & Irish Lions Tour.

Yet it’s in his post-rugby life that he has proven to be one of the most special Lions of all and those experiences in 1997 have shaped his outlook.

To mark his 50th birthday, a new British & Irish Lions video, A Special Lion – Doddie Weir At 50, celebrates the great man and the journey he’s on.

A journey of perseverance and fight on the rugby field that has turned into an even tougher battle off the pitch as he combats being diagnosed with motor neurone disease.

The video begins with the Scotland international’s memories of the start of that 1997 Tour, having earned a place in head coach Ian McGeechan’s squad.

“What an experience it was,” reminisces Weir in the video. “One of my clearest memories was right at the start of the Tour – climbing the stairs on to the plane to South Africa and turning left at the top, up to the very front of the plane in the big, comfy seats!

“That was the first time for me in first-class. I thought ‘this is something very special’.”

The video – which also utilises behind-the-scenes footage from the seminal documentary Living with Lions – has Weir reflecting on his Tour experience 23 years on.

The camaraderie and togetherness of those on tour on and off the field – both players and coaches – shines through in Weir’s narration.

“There was the experience of playing with, instead of against, the big names in home nations rugby,” he muses. “Keith Wood, Martin Johnson, Lawrence Dallaglio to name but a few.

“It was exciting to have to prove your worth as part of this elite group.

“We also had the most fantastic management team on Tour. Fran Cotton, Jim Telfer and Ian McGeechan leading the way.

“South Africa were at the top of their game at this time. The Lions were definitely underdogs but the management team motivated us physically and mentally to climb that mountain and win the Tour.

“They took some gambles – one I think was picking me for the Tour – but they believed in what we could do and it paid off.

“It might seem odd but I learned what a truly great game rugby is. 1997 was the first professional Lions Tour but we retained the ethos of the amateur game. Play hard on and off the field and we did!” 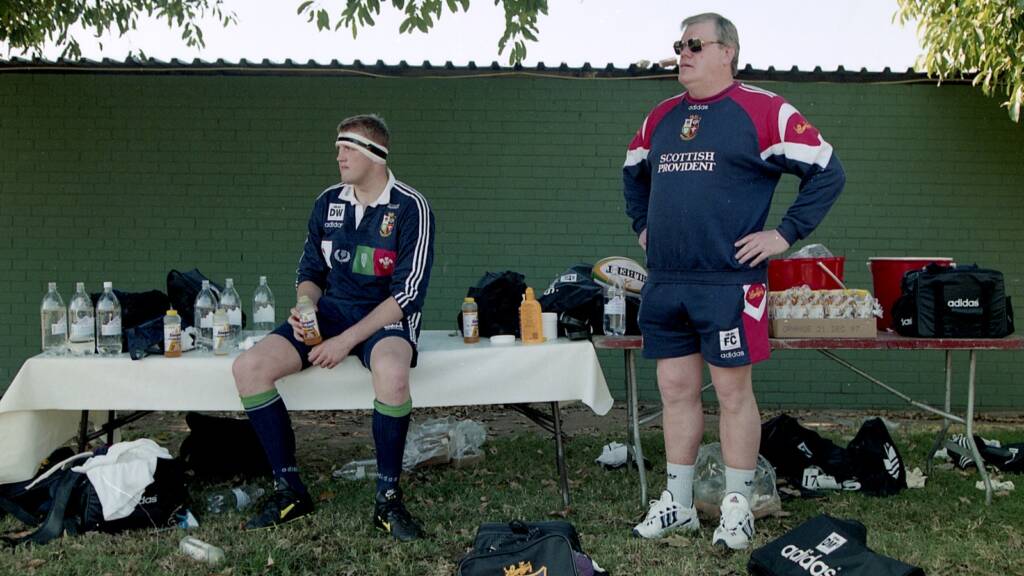 To illustrate this, the video uses a scene from Living with Lions where Weir is being mildly reprimanded in front of the entire group for having been reported out clubbing after curfew a few days prior.

Without missing a beat, the charismatic Scot responds “mistaken identity” to roars of laughter from his teammates.

The 1997 Tour has gone down in history – the first of the professional era and against the all-conquering Springboks, who had so emotionally and impressively lifted the World Cup just two years prior.

For the Lions to emerge as 2-1 victors in the Test series was remarkable, even though Weir himself could play no part – having his Tour end early thanks to a serious knee injury sustained in the ill-tempered warm-up victory over Mpumalanga Province.

“Will it not just heal over time Doc..?” he asks initially before Dr James Robson delivers the bad news of a medial ligament tear.

“Ah well. We’ve had a good old time of it, eh?” he manages as the tears begin to well in his eyes.

If Weir could be summed up by just one scene this may be it – the positivity and force of will enabling him to face up to any obstacle.

“Of course there was the disappointment of my early exit from the Tour due to injury but I’ve always had a positive approach to life,” he states.

“Sadly, my Tour was over but I was heading home to start the greatest adventure of my life – to marry my gorgeous wife Kathy a few weeks later. I am still loving that adventure.”

Weir’s post-rugby battle is well-documented – diagnosed with the degenerative, currently incurable motor neurone disease in 2016, he waited until World MND Day the following year to announce his condition, in order to raise awareness. 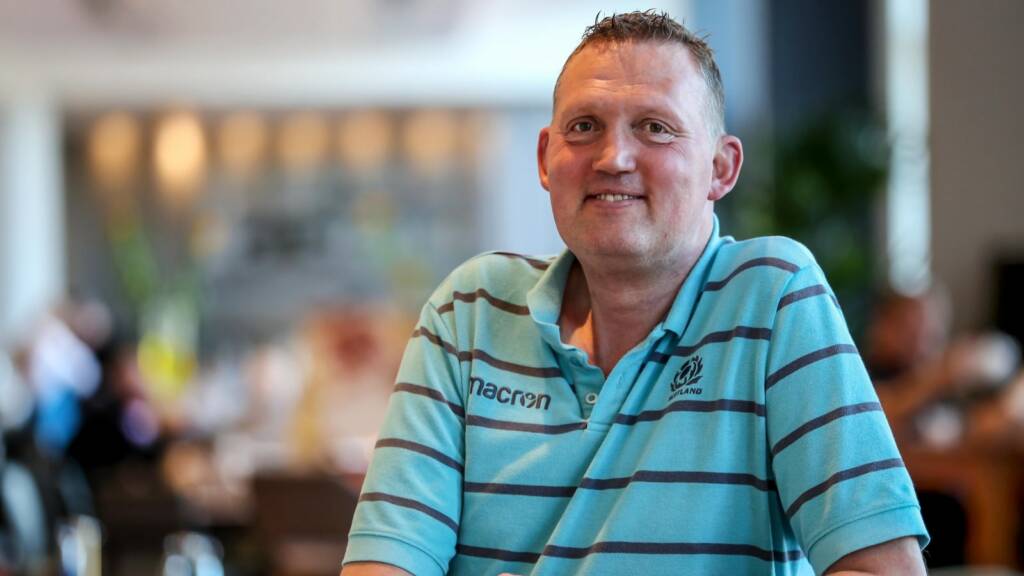 He set up the My Name’5 Doddie Foundation shortly after, which has since raised more than £5.5m for MND research.

As he turns 50, Weir still lives in hope of a cure and calls on the spirit of 1997 in his daily fight against the disease.

“On the Lions Tour, I learned to enjoy myself while you can, fight for what you believe in and have a good time along the way – this is very much how I now approach dealing with motor neurone disease,” he adds.

“Our backs were against the wall in South Africa but our inner belief pushed us to success and that’s what I’m hoping to achieve against MND with the My Name’5 Doddie Foundation.”