The Big Interview: Rico Gear on that try against the Lions and rooming with Jonah Lomu

Rico Gear knows better than most that good things come to those who wait. [more] 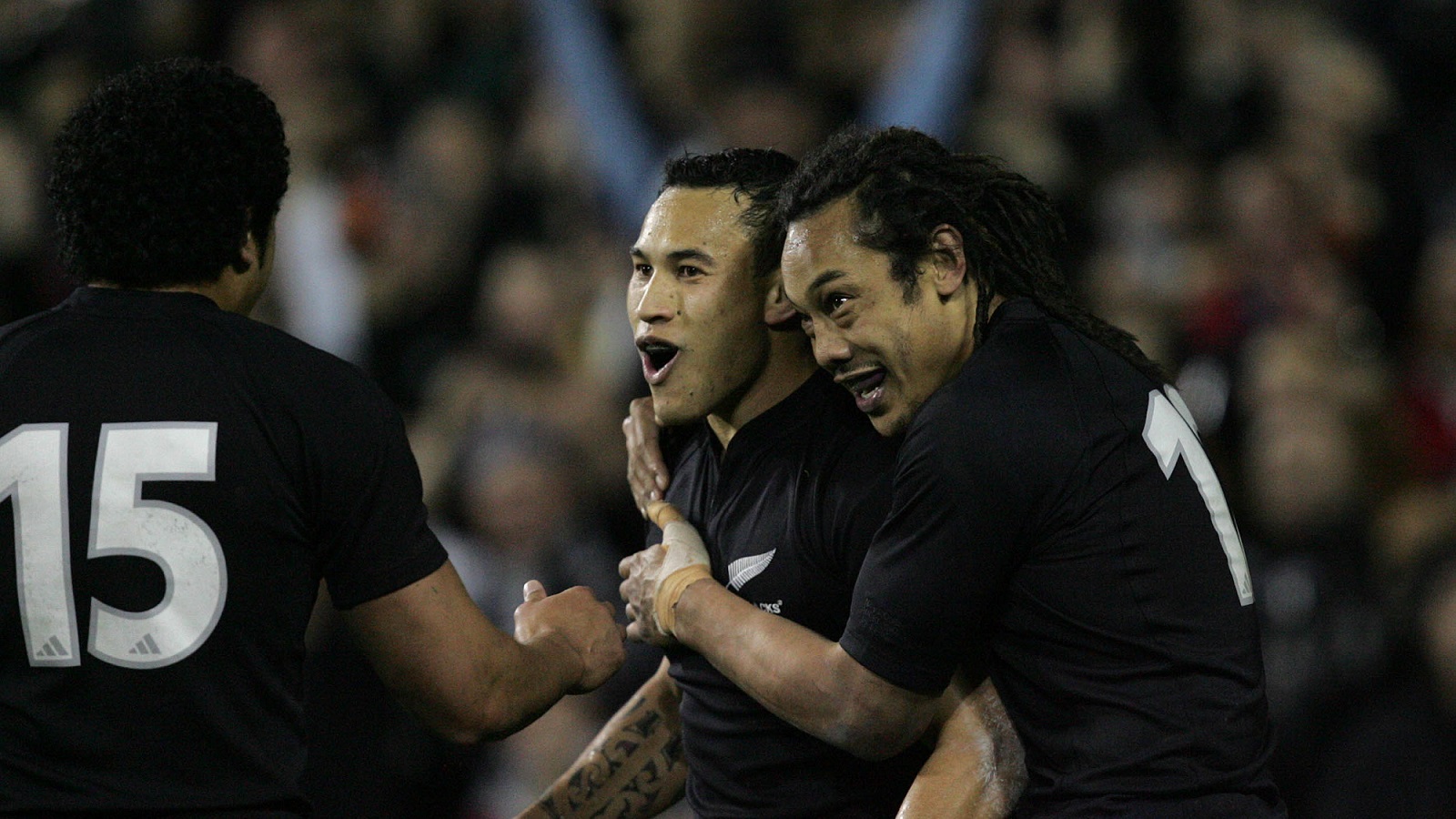 After barely touching the ball for 80 minutes, the winger seized his opportunity by plucking a Will Greenwood pass out of the air and sprinting 50 metres the other way to score a famous try that completed a 3-0 New Zealand series win against the British & Irish Lions in 2005.

That 2005 series may belong to Dan Carter, whose second Test performance – including two tries and 33 points – ranks right alongside anything ever seen in a Lions series, but it was Gear who iced the cake.

At 27, Gear was something of a late bloomer. His only previous Test experience came in 2004, in matches against the Pacific Islands and Italy.

Injury ruled him out of the 2003 World Cup, where he was tipped to be a bolter, while the likes of Doug Howlett, Joe Rokocoko and Sitiveni Sivivatu ensured competition for wing places was intense.

So, Gear knew that when his chance arrived, he’d have to take it.

“When I look back on it, it was the right time for me,” he said.

“There is no way I would have been ready to play for the All Blacks as a 21-year-old. You see some guys ready to play from that age and others are still developing, so when I came along, it was the right time.

“I was named on the bench for the first Test but then got a start in the last two, so I knew I needed to contribute.

“The third Test was one of those where the wingers weren’t getting a lot of ball. I remember thinking I have to get my hands on the ball and then Will Greenwood threw that pass.

Not many players can say there last pass in International Rugby was a try scoring one… 😱😱🤬🤬😂😂
Shame I picked out an @AllBlacks and not Shane Horgan @lionsofficial – I think I was just so surprised to find myself in space!!@SkySportsRugby
pic.twitter.com/NFM9NRTfVX

“I saw it and snatched it and I knew Josh Lewsey was coming forward from full-back because they were on the attack, so no-one would be home back there. So I put boot to ball, kicked ahead, put the burners on and enjoyed five amazing seconds as I took it in.

“It was a nice moment because it was not just me scoring but it was us as a team wrapping up the game and the series.”

Gear’s international career was short, but it was also incredibly sweet.

His 11 tries in 19 Test matches were the result of hard work and patience from a player who admits he matured at a slower pace than his peers.

He couldn’t even make his high school team until his penultimate year, and even then he was only on the bench – showing just how much talent there is in New Zealand.

While Jonah Lomu was a global superstar at 18, Gear needed time to perfect his craft. By the age of 25, he’d already played domestic rugby for the Blues, Highlanders and Crusaders, where he steadily matured into a Test-standard player.

By that time, Lomu’s career was fading due to ill health. But the pair did play together, winning a gold medal at the 1998 Commonwealth Games.

“He was phenomenal. He was very green but the type of athlete who would just blow you away,” Gear said.

“I got to share a room with him and he got to cut my hair, so I was pretty happy about that. We also won gold, so that was a lot of fun.”

By the time the Lions arrived, Gear was ready.

“I think my greatest experience in rugby is the build-up to that first Test,” he said.

“I guess it was an unknown for us because we didn’t know what to expect, but the Lions supporters arrived early into the country and were proudly wearing the Lions colours in the streets.

“Things like that are very unusual in New Zealand, we as people are very reserved. But the Lions supporters created a really cool atmosphere across the country in the build-up to it.

“It was so cold too. I remember in that first Test Tana Umaga complaining his hands had frozen over, so he was forced off and I replaced him at centre.

“It was about 20 to 25 minutes into the second half when the message came to get ready and it is quite funny because during that Test match – and it was a great one, a real arm-wrestle – I found myself being a spectator.

“I was just sat there enjoying the game and enjoying the occasion and then all of a sudden, I had to snap out of that and into game-mode.”

His performance from the bench in the 21-3 win encouraged head coach Graham Henry to pick Gear from the start for the second Test a week later, and he had one of the best seats in the house as Carter almost single-handily blew the Lions away.

“Dan had the best game of his life out there but when I look back at it, if I look at every individual we had on the field that day, I think everyone was playing at the peak of their powers,” Gear said.

“Unfortunately for the Lions, we were a side that were able to click and find rhythm.”

So often in sport, when a team has achieved their goal before the end of a series or season, they struggle to maintain the momentum in the remaining games. Not these All Blacks.

“We don’t dwell on the past. As soon as Monday came around after the second Test, we started again and we played for that third Test,” added Gear.

“We treat every Test with the same respect and it would not be right to have done so well and then undo it all in the last game.

“We knew for ourselves and the public, we needed to finish the job. We know what we are representing and playing for, so we wanted to do it again. We took some confidence from the second Test but we all know what a wounded animal can do, so we knew it wouldn’t be easy.”

New Zealand delivered, a 38-19 win wrapping it up in style – with Gear’s try the perfect way to sign off.

“I remember we were in the dressing room and everyone said a few words each, just to reflect on what had been on a long couple of months.

New Zealand, and Gear, carried that momentum forward. In the summer, they beat the best that Britain and Ireland could throw at them and then in the autumn they did it all over again, winning away at each of the four home nations. Gear grabbed a hat-trick in Cardiff and two tries in Edinburgh.

However, within two years his international career was over. Hansen opted not to take him to the 2007 World Cup, ending his All Blacks career.

It was a painful blow, but he still counts himself lucky.

“I was in the right place at the right time,” he said. “The Lions come every 12 years and I played against them. It was my career highlight.”

Backs Feature Interview New Zealand News On This Day
Previous story On This Day: Relive Lions and All Blacks playing out epic 2017 finale
Next story Williams: Lions have “unfinished business” with South Africa