Feature: Paul Wallace on Telfer’s speech, Jonno’s death stare and the magic of 1997 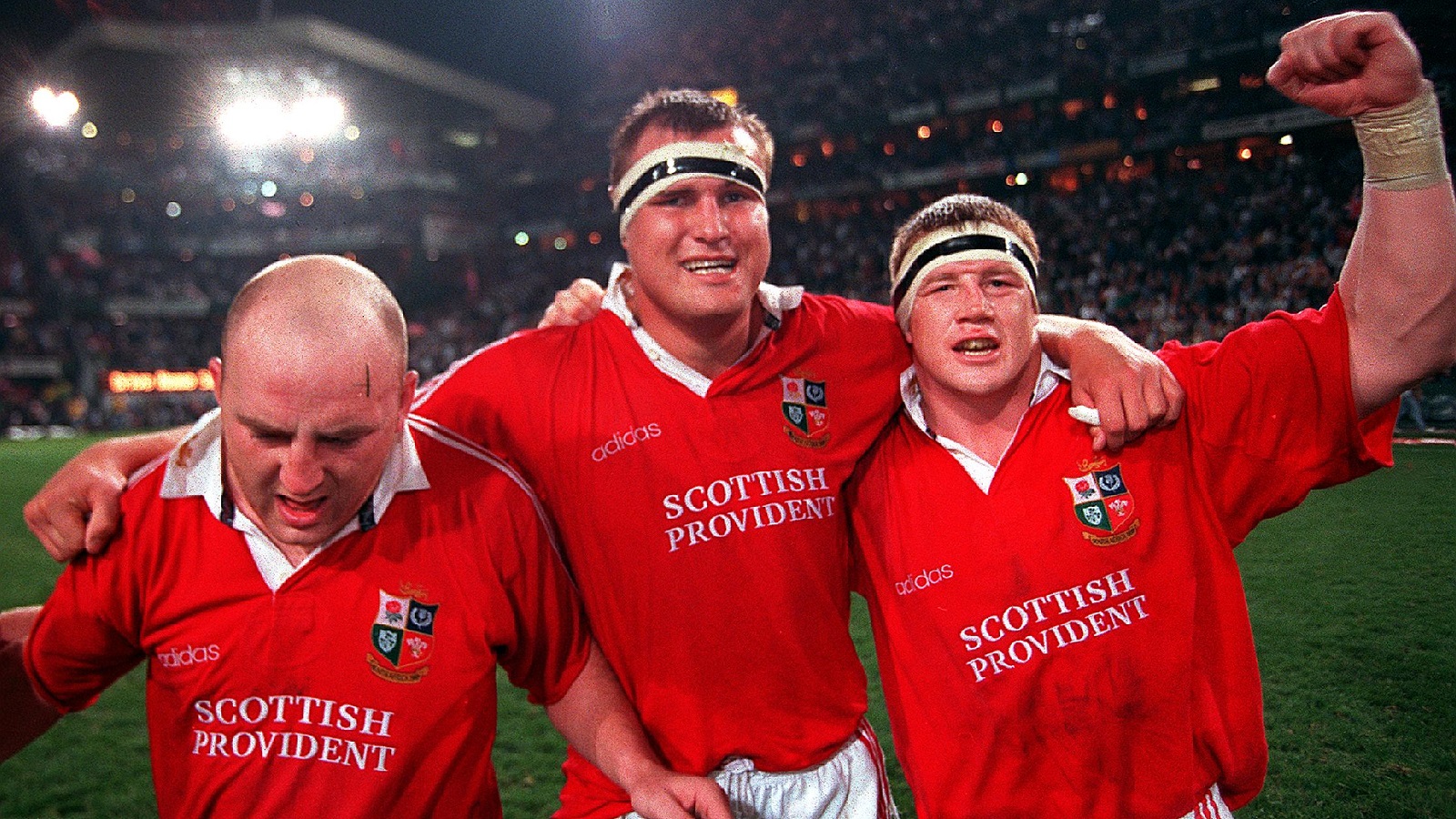 A student at University Cork College, he drifted home after a heavy night out celebrating his final exams to watch his brother – Richard – don the famous red jersey.

He flicked the TV on in his “hovel” of a student flat, a little worse for wear, and swelled with pride as Lions #656 did his thing. He then duly fell asleep in the second half.

Little did he know that four years later he’d be front and centre of one of the greatest Lions Tours in history.

The first of the professional era and the first to attract an army of travelling Lions supporters, the 1997 Tour was different.

Sky Sports were first-time UK and Irish broadcasters. Cameras were allowed behind the scenes, lifting the lid on life on Tour and making legends of those that played a starring role in the The Living with Lions – still the standard-bearer for all sports documentaries.

We laughed with Keith Wood, cried with Doddie Weir and were inspired by Jim Telfer and his Everest team talk – a speech that still stirs the soul and possibly the highlight of the whole documentary.

In the room were the likes of captain Martin Johnson, Tim Rodber and Jason Leonard. Sat next to Telfer was a fierce Irish prop.

“I was keeping my head down, otherwise I would have needed some dentist glasses just to keep the spittle out of my eyes!,” Wallace said.

“Before a game of that magnitude, players are up for it anyhow. But if you are going to get an extra percent, Jim’s chats will do it. If he shouted at me today, I’d still stand to attention.”

Telfer delivered that speech ahead of the second Test, by which point Wallace had gone from squad member to Test starter in the space of a month. His story is a testament to his tenacity and self-belief.

The prop was overlooked for the initial touring party – Ireland’s heavy 38-10 defeat to Scotland in their final Five Nations match was not an ideal last impression – but just 24 hours later, he got the call from head coach Sir Ian McGeechan.

He arrived in camp as the clear third-choice tighthead, with England’s Jason Leonard and Wales’ Dai Young both ahead of him in the pecking order, before suffering what he feared was a Tour-ending injury just four days before the first Test.

With an ice pack around his swollen knee, accidentally stamped on by his friend Jeremy Davidson, Wallace was waiting for the bad news.

“I was there when Doddie Weir got his knee injury, it was heart-breaking. Sometimes you get lucky, sometimes you don’t,” he said.

The medics gave him the all-clear and four days later he ran out in Cape Town with the No.3 jersey on his back for the opening Test, the first in an epic series.

Leonard had to make do with a place on the bench. Young was not in the squad. Both had been usurped in four short weeks by the popular Wallace, who grasped his chance with both hands.

“I had a chip on my shoulder,” said the proud Corkman, who played his top-level club rugby for Leinster and Saracens.

“I did not get selected for the initial party but was called up a day into it which, in hindsight, I think was a good thing. I had a point to prove, played well in the midweek games and was picked for the first Test.

“I remember hitting the first two scrums way too high. I wanted to go in and dominate but I got it wrong and ended up giving away two penalties, one under the post. We were 3-0 down. Jonno didn’t even have to say anything, just one look from him was enough.”

As it is always in South Africa, the scrum was under the microscope in 1997. The world champion Springboks had the best in the world and local media were predicting they would demolish the Lions’ makeshift pack.

Wallace – up against the fearsome loosehead Os du Randt – was having none of it. He and the rest of the Lions’ front eight held their own and started to turn the tables, controlling the set-piece.

In the final minutes of the first Test, with the Lions 16-15 down, they shoved the Springboks backwards and turned them infield, leaving space for scrum-half Matt Dawson to attack and score one of the most famous Lions tries in history.

“That was probably the highlight. Winning the series and Jeremy’s [Guscott] drop goal in the second Test were both incredible, but that first Test was out of this world,” he said.

“We ran out of the tunnel and the crowd was massive, probably the first time we had seen that many Lions fans. It was the first red wall. We went out that night and they were everywhere, it was like nothing I had ever experienced on an away trip.”

The second Test was just as close, and just as dramatic. The Springboks scored three tries. The Lions scored none. Yet Guscott’s drop goal sealed an 18-15 win and the series.

“I saw Jeremy’s winning drop goal from the second Test on Twitter recently and looking back, I did not realise how close he was! I’d have had a good chance myself!” laughed Wallace.

“The physicality at the beginning of the second Test was immense. I don’t think I experienced anything quite like it, either before or after. It was sheer power from them. We caught them on the hop in the first Test but there was venom there in the second from them.

“They scored three tries and we didn’t score any but we still found a way.”

Rugby was front and centre of the Tour, but McGeechan ensured the players had fun and got to experience a beautiful country. There was cage diving, golf and safaris. And of course, there were nights out.

Wallace was roomed with Jason Leonard for the early part of the Tour, McGeechan’s idea being to forge close bonds between rivals. But the pair rarely saw each other. If one prop was preparing for a match, the other was invariably being rested – and so spent his time at the bar.

“We did have a big night after the series, that’s for sure. We ended up on the beach in our duvets and with all the mini-bars from the rooms,” he said.

“We went up to Vanderbijlpark the next day, which is out in the sticks a bit. We went out in a mini-van into the countryside and we were looking for a bar.

“The only thing we could find was a wooden shack above a garage but there was a lager sign above, so we all piled in. They didn’t believe we were the Lions, so we had to introduce Jerry Guscott to them.”

Wallace believes the Lions played their best rugby in the final Test but the Springboks – underlining their class – roared back in dominant fashion. The 35-16 South Africa win brought the curtain down on the series.

Next year, the Lions return to the Rainbow Nation for just the second time since. If they can emulate the 1997 Tour, they’ll do alright.