Smit: I’ve never been more nervous than facing the Lions

John Smit led South Africa out as captain in a World Cup final but the Springbok legend says the most nervous he has ever been for a game was ahead of the British & Irish Lions Tour in 2009. [more] 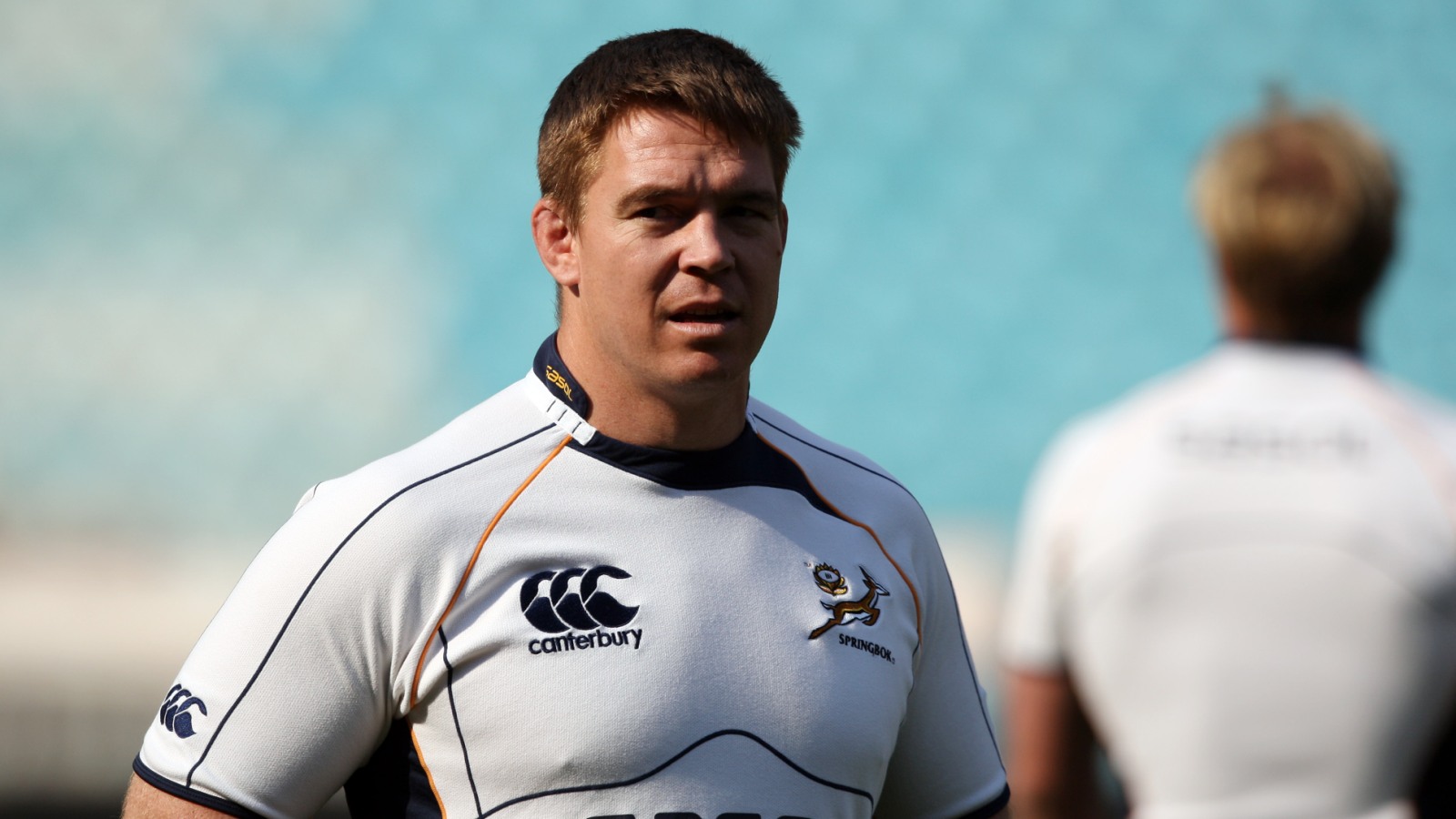 Smit skippered South Africa to their second World Cup triumph in 2007, including the 15-6 victory over reigning champions England in the final in Paris, to set up a tantalising series against the Lions two years later.

The front-rower claims the Springboks felt they had a point to prove – seeking revenge for their predecessors’ series defeat to the Lions during the iconic 1997 Tour.

That meant the pressure on the class of 2009 was immense and, speaking on the second edition of the South African Rugby Legends Association’s #RugbyUnites Webinar Series this week, Smit recalls feeling every bit of it.

“The World Cup comes around every four years and if you’re lucky, you might play in one, maybe two, some three, four, five, but some of the greatest Springboks that have ever lived never got an opportunity to play against the Lions,” explained Smit.

“That responsibility and hype added to what I found an extreme pressure.

“I remember exactly where I was when [Matt] Dawson threw that dummy and went down the blind and scored to win the first Test in 1997. Jeremy Guscott’s [series-winning] drop kick as well. For 12 years, that’s what we relived.

“We’d all come together under Peter de Villiers and the motivation to stay together was because we had an opportunity to fix the 1997 result.

“I remember being asked at a press conference the week before the first Test in Durban, ‘How does this [the hype] feel compared to the World Cup final?’ I played it down from an answer point of view, but in reality, I don’t think I’d ever been that nervous for a Test.

“A, because I was playing tighthead and we were told we’re going to be put under pressure from a scrum point of view and, b, if we didn’t come through with the goods, it would be 24 years [of agony].”

Come the first Test against the Lions, Smit was more nervous than he had ever been on gameday but like all sporting greats, he used that tension to his advantage.

With less than five minutes on the clock, the skipper barrelled over the whitewash for the first try of the series and that set the Springboks en route to a 26-21 triumph.

A physical, intense, rollercoaster encounter eventually ended with Morne Steyn landing a last-gasp long-range penalty to hand the Springboks a 28-25 victory and the series win.

The Lions responded with a 28-9 triumph in the final Test to round out another iconic series and Smit still remembers the contests vividly.

“It’s quite a heavy feeling. I’ve never experienced nerves like I did in the opening Test,” he added. “Scoring that first try was a very small step in the series being won.

“Then I don’t think I’ve ever played in a Test that physical, that competitive and that seesaw as I did in 2009 in Pretoria [the second Test].

“It went down to the last kick of the game and obviously ended the series [from a competitive point of view]. I shudder to think what might have happened had that Test series gone 1-1… I’m delighted it didn’t.

“The relief of that last kick going over felt very similar to the final whistle going in Paris in 2007 [the World Cup final].”

While Smit’s crowning moment against the Lions was captaining that 2009 series victory, he had first faced them 12 years prior.

As a fresh-faced 19-year-old, just a week after making his senior Sharks debut, he came off the bench when the Sharks faced the Lions in a 1997 Tour match.

The Durban-based side fell to a 42-12 defeat but this was where Smit first crossed paths with another front-row legend – Jason Leonard.

Leonard was on his second of three Lions Tours and pulled on the famous red jersey that day and recalls being impressed by his young South African counterpart.

“[After the game] I just picked up my gear and walked next door, tapped on the door and [then-Sharks coach] Ian McIntosh opened the door,” recalled Leonard, appearing on the Webinar Series alongside Smit.

“He is a lovely guy, but his eyes were going in different directions. He asked what the matter was. I asked to speak to the young kid.

“I do remember him barking your name and I have to say, that would have made me jump to attention as well! I just heard him shouting ‘Smitty! Smitty! Come here!’ You came to the door and you saw me with the kit and you were very polite.

“I did laugh because you actually called me Mr. Leonard. My father is always called Mr. Leonard, not me. You said, ‘Sorry, Mr. Leonard, but I can’t swap shirts because it is my first season playing.’

“Obviously you were a local boy as well, so it meant a lot to you. I said, ‘No, you have it wrong. I’ve not come here to swap. I’ve come here to give you my kit because you are obviously a very talented young player and you are going to be around for years. So, please, take this. I don’t want any of your kit. You played a great game, so here you go.’