Monye: “The British & Irish Lions is the most exclusive rugby club in the world” 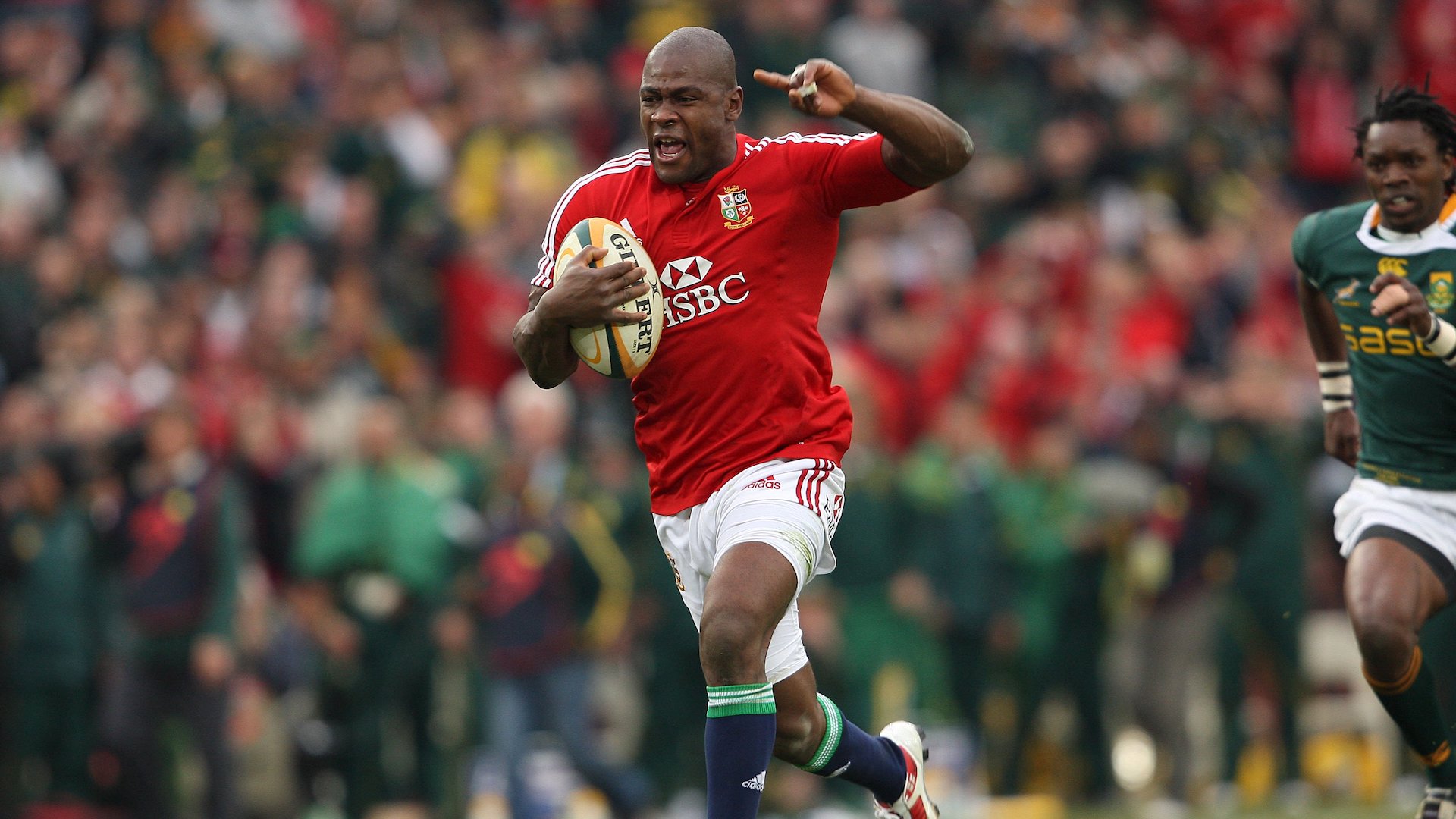 “Like a kid on Christmas Eve” doesn’t come close to describing how Ugo Monye felt the night before making his Test debut for The British & Irish Lions against the Springboks in 2009.

Monye was selected for his first and only Tour the last time the Lions visited South Africa 11 years ago despite only having a handful of England caps to his name at the time.

He scored four tries in three starts in the warm-up matches and was rewarded with a place on the wing for the opening Test of the series against the world champions in Durban.

And Monye remembers feeling a whirlwind of emotions as he sat in the room he shared with fellow debutant Jamie Roberts after finding out they had been named in the starting XV.

“You’re excited but it’s completely contained,” he explained. “I remember when the teams were named and the shirts were given out, there was a ripple of applause and that’s it.

“There were more people disappointed in the room than there were jubilant guys that were selected, it’s a big squad and obviously only 15 of you can start. 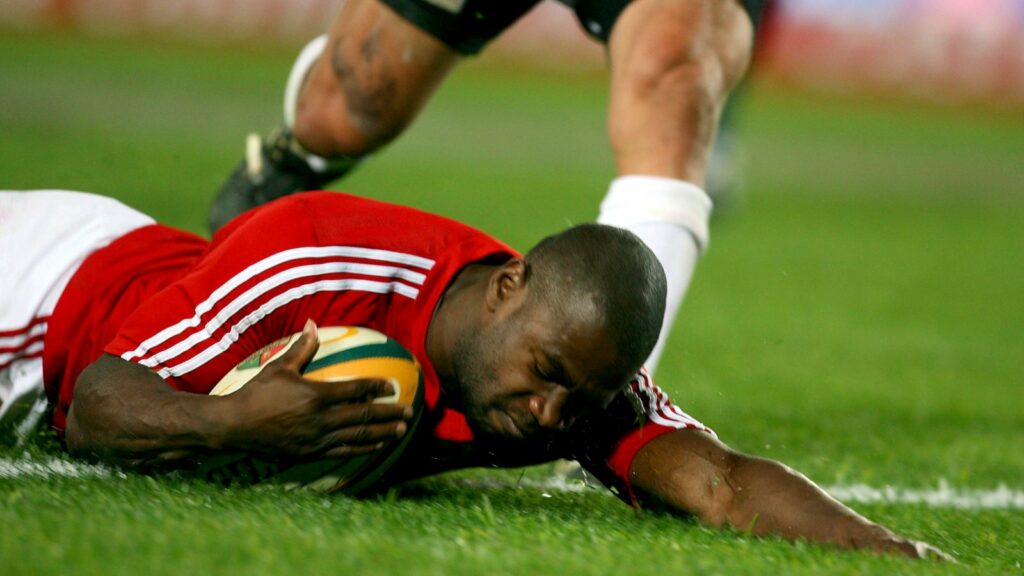 “I think it’s important to understand that and have the social awareness of yeah you’re chuffed but there are a lot of guys who are hurting.

“I shared a room with Jamie Roberts the night before the opening Test match and saying you’re like a kid on Christmas Eve doesn’t do it justice.

“You’re so excited but at the same time you don’t want to play the game in your head 24 hours before it takes place. You’re just trying to relax and forget about the game.

“But I remember Jamie and I both said – as we were both on Test debut – that if our careers were to finish after tomorrow’s game and we got the right result we would be happy to retire.

“It was because it was so significant, it meant so much, you only have to go through the archives and see the videos, see the players that have worn the jersey prior to yourself.

“You’re part of that history, part of that legacy, that’s how special it is. The British & Irish Lions is the most exclusive rugby club in the world and you only get a chance once in four years.

“And to play the best in the world, it’s just unbelievable, what an opportunity.”

Monye had plenty of competition for his place, with World Player of the Year Shane Williams, Tommy Bowe, Luke Fitzgerald and Keith Earls all vying for the wing berths.

But the England and Harlequins man was confident that he had done enough to be selected for the first Test after showing his attacking quality in the warm-up matches.

“I was quietly confident because I felt my game was good, I was scoring tries, I was defending well, I was taking on board the things the coaches wanted me to do,” he said. 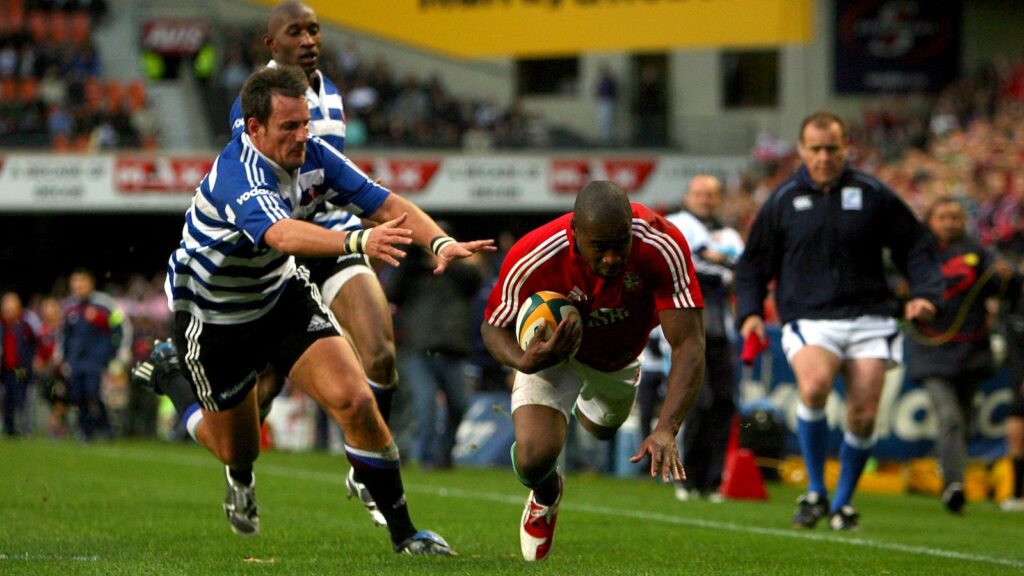 Monye was in the thick of the action in the opening Test and came agonisingly close to scoring twice but, following a Lions defeat, he lost his starting place for the second match in Pretoria.

He put that disappointment behind him in the final Test, however, scoring a memorable 70-metre intercepted try in a 28-9 victory – a moment he will never forget.

“To put the ball down and look up and see the crowd, you can’t fully let yourself go when you’re on the pitch because you’ve got a job to do,” he said.

“Automatically you’re thinking, ‘catch the restart’, or the next tackle or next kick and chase.

“But the human side of me would have happily broken down in floods of tears. It meant that much and it was a slight redemption as well [for the first Test], it was nuts.

“Even that moment was really special because, not the try, but the congratulations as Tommy Bowe comes over, Stephen Jones comes over, Rob Kearney and Riki Flutey.

“Riki just wouldn’t let me go because he understood just how much it meant to me. I got given another opportunity after the first Test and I wanted to put some things right.”