Since The Tour: Owen Farrell

The 2017 Tour of New Zealand was Owen Farrell’s second as a British & Irish Lion and his impact, both on and off the field, was crucial in securing a historic drawn series. [more] 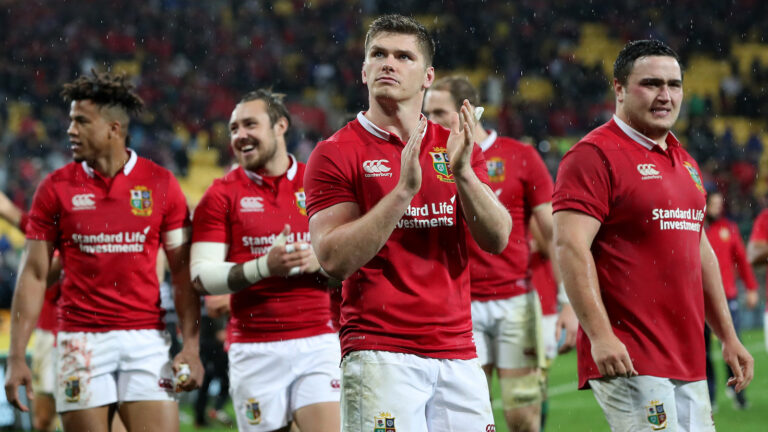 A nerveless late penalty sealed a 24-21 win in the second Test and he repeated the trick the following week, slotting over a long-range effort with less than three minutes to play to level the decider at 15-15.

It was a fitting way to round off a fine Tour for Farrell, who effortlessly switched from fly-half to inside centre for the final two Tests and cemented his status as one of the best backs in world rugby.

The 29-year-old will be eyeing a third Lions Tour next year, when world champions South Africa lie in wait, and continues to set the standard for kickers in the northern hemisphere.

And in the latest part of our new series looking at what the 2017 tourists have been up to since, we focus on how Farrell has continued to shine for club and country.

Farrell was picked for the 2017 Tour having already made history as a Lion four years previously, when he and dad Andy – part of Warren Gatland’s backroom staff – became the first father-and-son duo to go on the same Tour.

The pair were reunited once more in New Zealand, with Farrell Senior again taking on the role of defensive coach and his son set to play a key role as a playmaker.

Owen Farrell’s first action of the 2017 Tour came as a 49th-minute substitute in the win over New Zealand Provincial Barbarians and his first start saw him kick all 12 of the Lions’ points in the hard-fought victory against Crusaders.

Another substitute appearance against Highlanders followed before Farrell was selected at fly-half for the first Test in Auckland, with his England teammate Ben Te’o outside him.

Farrell kicked a 30th-minute penalty and converted Rhys Webb’s late score but the Lions were beaten 30-15, which brought a reshuffle the following week. 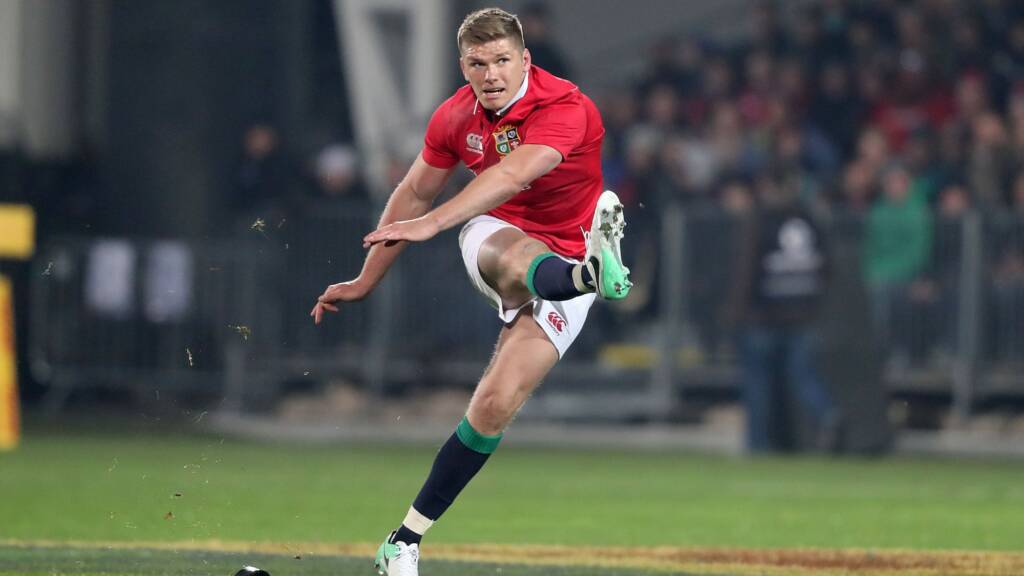 Johnny Sexton came into the side and Farrell wore the No.12 jersey in Wellington, retaining kicking duties and slotting 14 points – including the dramatic 77th-minute winning penalty – as the Lions squared the series.

Farrell stayed in midfield for the third Test and the superb late kick to secure a draw was his fourth penalty of the match, bringing his overall Tour tally to 45 after a near-flawless series off the tee.

Having inherited his father’s leadership skills, Farrell was a key voice in the changing rooms throughout the series – qualities which did not go unnoticed by his England coaches…

Farrell played every minute of England’s Grand Slam triumph in 2017, prior to the Lions Tour, and hopes were high that Eddie Jones’ side could challenge once more in the following year’s Six Nations.

They were unable to do so, slipping to three defeats despite Farrell’s best efforts – he scored tries against Italy and Scotland, was reliable with the boot and captained his country for the first time against France in Paris.

Dylan Hartley’s injury meant Farrell retained the captaincy for the summer tour of South Africa and the position was his by the time the 2019 Six Nations rolled around. 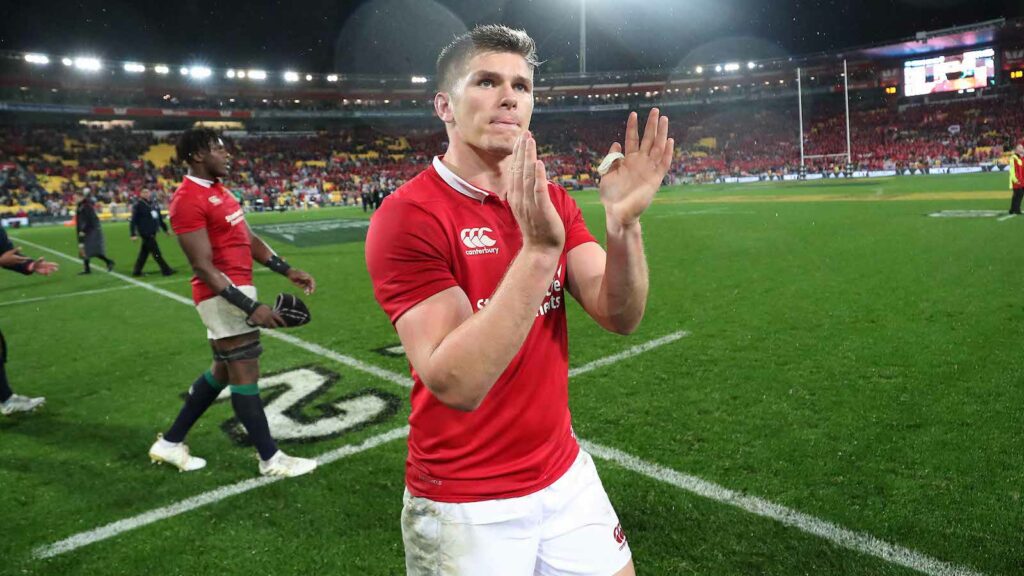 Farrell had a tournament to remember, starting it by leading England to a first win in Dublin since 2013 and finishing it as the Championship’s leading points scorer having racked up 59 across the five games.

His haul wasn’t enough to secure the title for England, who finished second, but they went into that autumn’s World Cup confident of making an impression in Japan.

Having led England to the top of Pool C following comfortable wins over Tonga, USA and Argentina (the match against France was postponed due to Typhoon Hagibis), Farrell and the team grew in stature as the tests grew tougher.

The skipper converted all four England tries and added four penalties in the 40-16 triumph over Australia in the last eight, setting up a crunch semi-final clash against New Zealand.

Farrell added the extras to Manu Tuilagi’s early try before a leg injury saw him pass kicking duties to George Ford, who proved an able deputy off the tee as England secured a historic victory. 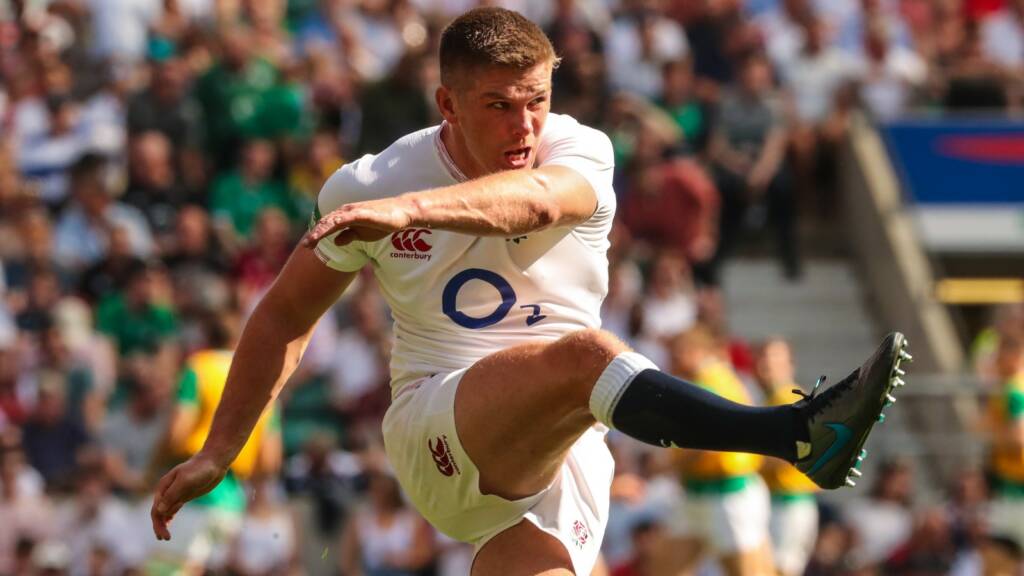 The triumph also took Farrell into an elite club of England captains to have led his side to victories against all of the ‘big three’ (New Zealand, South Africa and Australia), joining John Pullin, Will Carling and Martin Johnson in doing so.

The final proved a step too far for England, whose only points were kicked by Farrell in a 32-12 defeat against South Africa to take his tally for the tournament to 58.

A one-club man – aside from a brief spell on loan at Bedford Blues – Farrell made his debut for Saracens 11 days after his 17th birthday, at the time making him the youngest player to appear in English professional rugby union.

His England teammate George Ford would later take that record but there was no let-up in the quality of Farrell’s Saracens performances in the years that followed as the faith they showed in the youngster was emphatically repaid.

The 2018/19 campaign was a particularly memorable one for the Londoners, who asserted their authority both at home and on the continent. 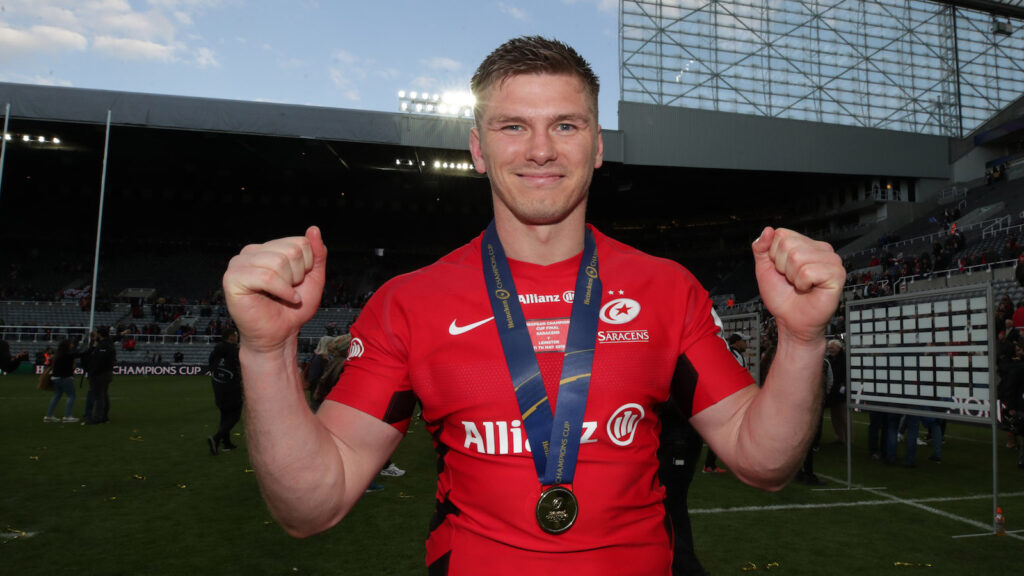 Farrell played a key role and his big-game experience came to the fore in the finals of both the Premiership, in which he kicked 12 points against Exeter Chiefs, and the European Champions Cup, where he was responsible for half of Saracens’ points in their 20-10 win over Leinster to help secure a superb double for his side.

The club will be in the Championship next season but Farrell, the club’s all-time leading points scorer, is among those to have committed to the Allianz Park outfit as they look to make their stay in the second tier a brief one.

The 28-year-old remains the heartbeat of the backline for both club and country and a third Lions Tour will be very much on his agenda over the next 12 months.

England Feature News South Africa
Previous story Monye: “The British & Irish Lions is the most exclusive rugby club in the world”
Next story Kearney “lived the dream” as he calls time on Leinster and Ireland career