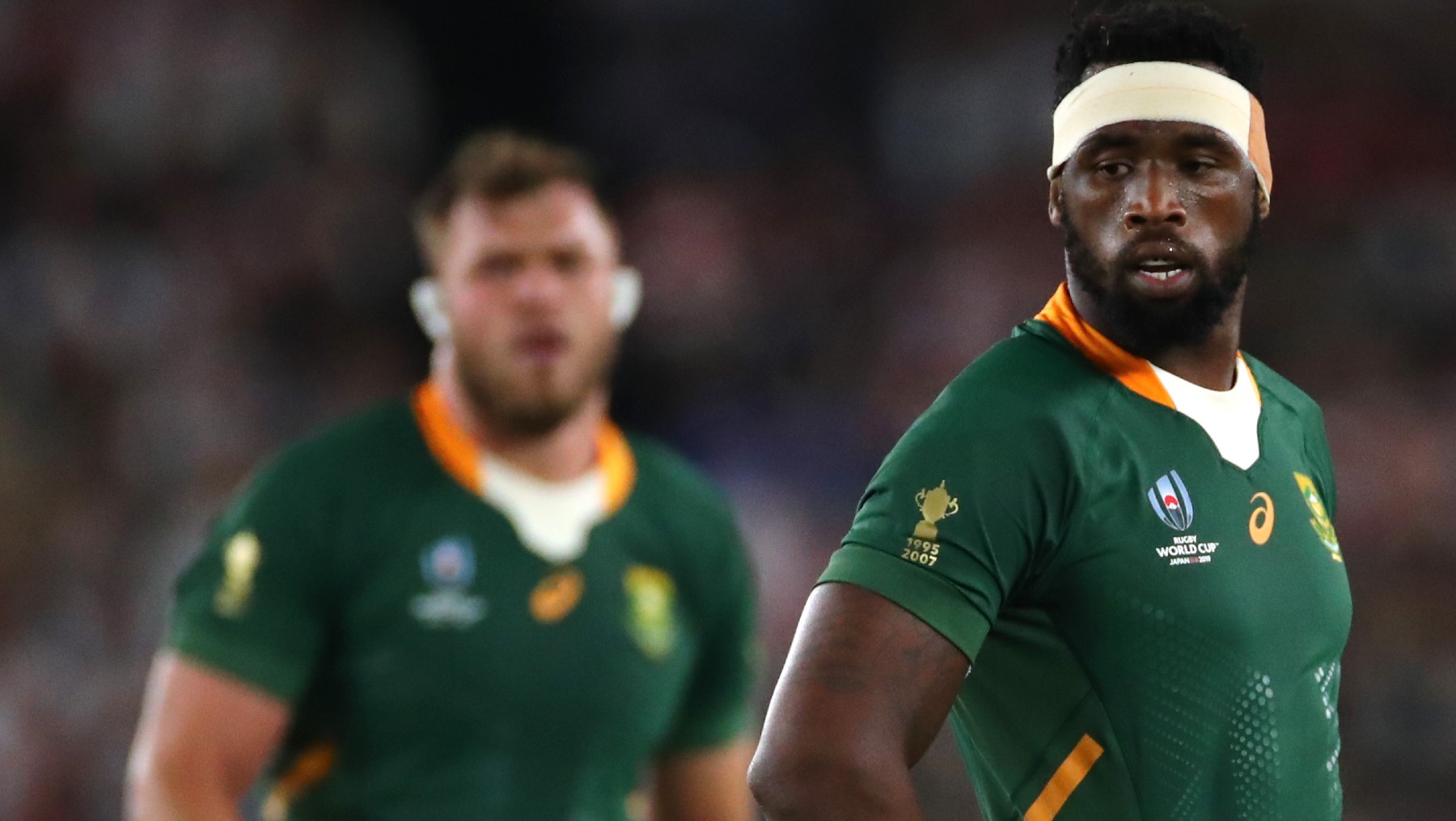 Kolisi scored one of three tries for the Green team, alongside a penalty try and a Juarno Augustus effort, in a second0half blitz.

There were lots of impressive performances on show from South African stars old and new trying to catch the eye of head coach Jacques Nienaber ahead of next summer’s British & Irish Lions Tour and with the domestic Currie Cup due to begin next weekend.

It was a feisty contest full of intensity, with bulldozing No.8 Duane Vermeulen introducing himself almost immediately with a number of powerful carries.

And as the first 40 minutes went on it was international fly-half Elton Jantjies who showed his quality from the tee with two perfect penalty kicks for Team Green.

His opposite number Damian Willemse is much younger and less experienced but showed that he has his eye on Lions recognition with a riposte and three points of his own.

Sanele Nohamba’s kick looked to have set Yaw Penxe free only for Willemse to pull him back, an action which saw a penalty try and yellow card awarded.

Curwin Bosch had started the game at full-back but took over at fly-half in Willemse’s absence and, while on kicking duties, he registered six points from two penalties for the Gold team.

But the Greens were not to be stopped and Kolisi showed just how important his power and intelligence will be for South Africa against the Lions next summer as he displayed real composure to finish off a dominant rolling maul and score.

Uncapped Augustus then used all his strength to pick up the scraps from an up-and-under and score the game’s final try – giving the bosses something to think about as valuable minutes were earned for South Africa’s stars in a lively encounter.

News South Africa
Previous story Living with Lions: A special lookback at the Second Test of the 1997 Tour
Next story Lions Watch: Halfpenny makes history and Itoje stands out