Since the Tour: Stuart Hogg

The 2017 Tour to New Zealand was Stuart Hogg’s second as a British & Irish Lion – and he was only 24 years of age when it began. [more] 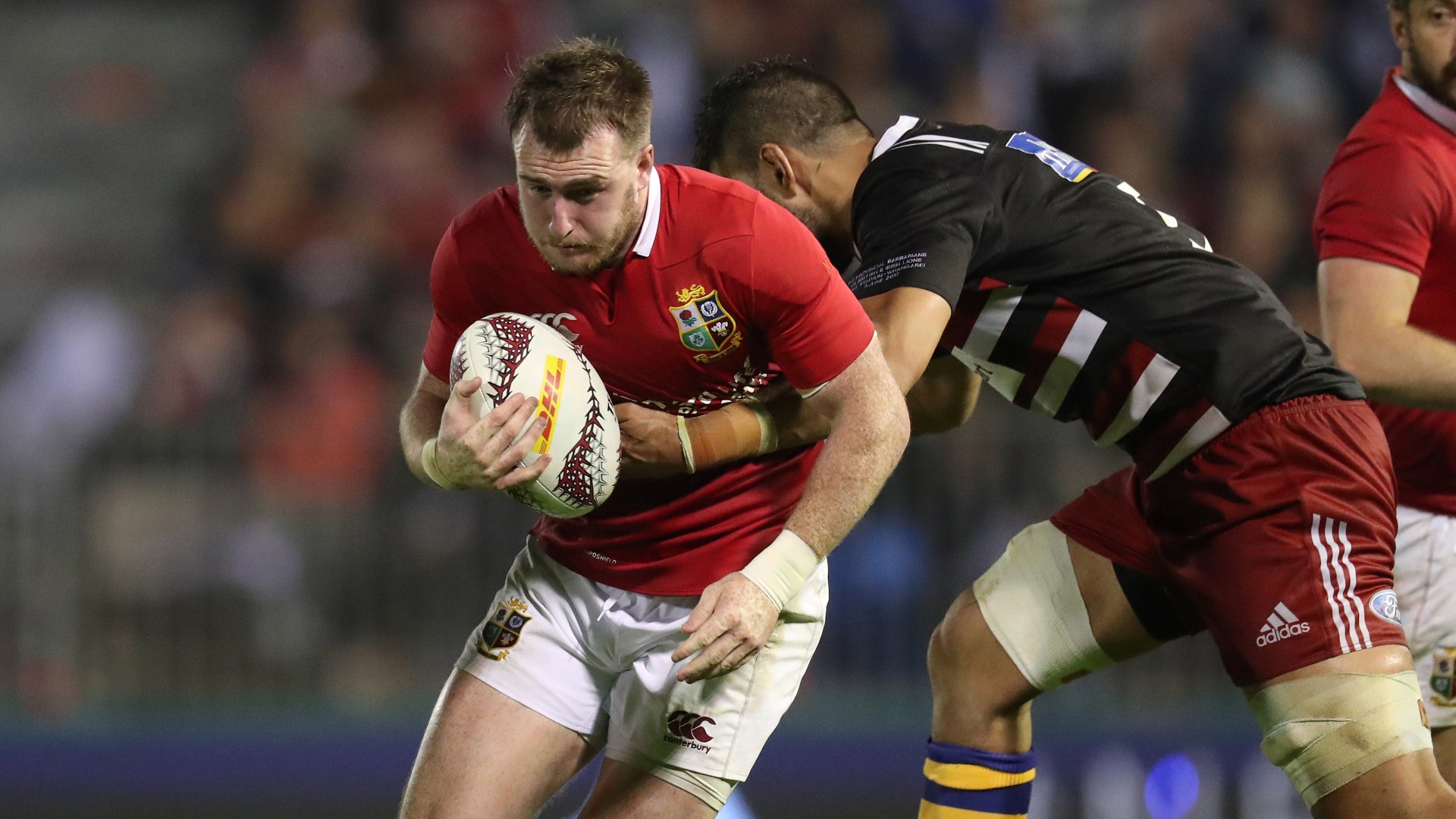 Having been the youngest player in the Lions squad in Australia four years previously, in which Hogg made five appearances across the warm-up matches, injury unfortunately cut short the Scotland star’s Tour prior to the Tests in 2017.

Hogg has recovered from the setback to once again establish himself as one of the leading full-backs in world rugby and now has the added honour of being Scotland’s captain.

The 28-year-old also forms a key part of one of Europe’s leading club sides and he will hope to become a Lions tourist for the third time in South Africa next year – where a first Lions Test cap could be in the offing.

In the latest of our series looking at what the 2017 tourists have been up to since, we cast an eye over how Hogg has continued to set the standard in the No.15 shirt for club and country. 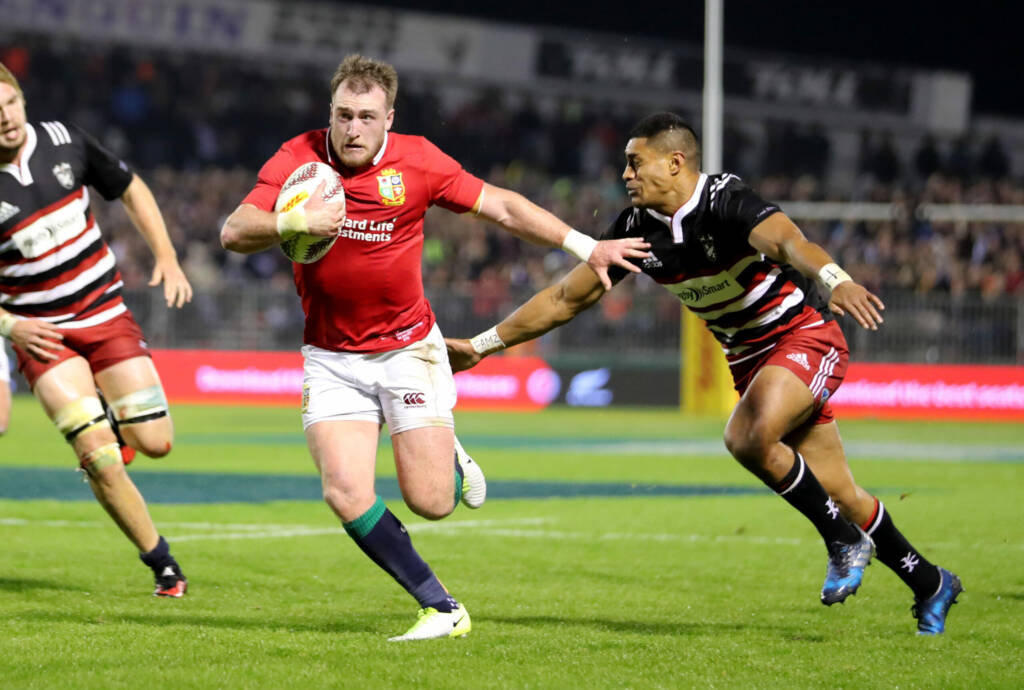 The 2017 Tour turned into a case of ‘what might have been’ for Hogg, who was in sensational form going into the series.

His talismanic displays for Scotland saw the full-back named as Six Nations Player of the Championship in both 2016 and 2017, becoming just the second player to have won the award twice – following in the footsteps of Brian O’Driscoll.

Hogg was handed the No.15 jersey for the Lions’ first game of the Tour and played the full 80 minutes in a 13-7 victory over New Zealand Provincial Barbarians.

The Scot then started against Crusaders but the game was just 19 minutes old when Hogg suffered a facial injury in an accidental collision with teammate Conor Murray.

The bone fracture ended Hogg’s Tour and denied him the opportunity to make his mark against the All Blacks – leaving the full-back understandably disappointed.

“I’m gutted to be leaving the Tour at this stage,” Hogg said.

“It is an honour to have been involved in a second British & Irish Lions Tour. I have hugely enjoyed my time with the squad and I’m very excited about the potential of this group.

He joined the thousands of Lions supporters doing just that as the tourists claimed a memorable draw in the three-match Test series.

Hogg had surgery on an underlying shoulder injury upon his return from the Tour and made his return to action in October 2017 for Glasgow Warriors against Leinster in the European Challenge Cup.

Typically, it was a try-scoring comeback for Hogg and, with his fitness proved, he was part of Scotland’s squad for the Autumn Internationals.

This gave him a chance to have a crack at New Zealand, having missed out on the chance to do so in a Lions shirt, and Hogg gave a reminder of his supreme talent with a man of the match display.

The full-back came agonisingly close to helping Scotland earn a first ever win against the All Blacks, racing towards the corner in the dying minutes only to be denied by a last-ditch tackle by Beauden Barrett as the visitors held on for a 22-17 victory at BT Murrayfield.

Hogg played every minute of the 2018 Guinness Six Nations campaign, helping Scotland to three wins and a third-placed finish, and scored against Italy in one of his appearances in an injury-hit 2019 Championship. 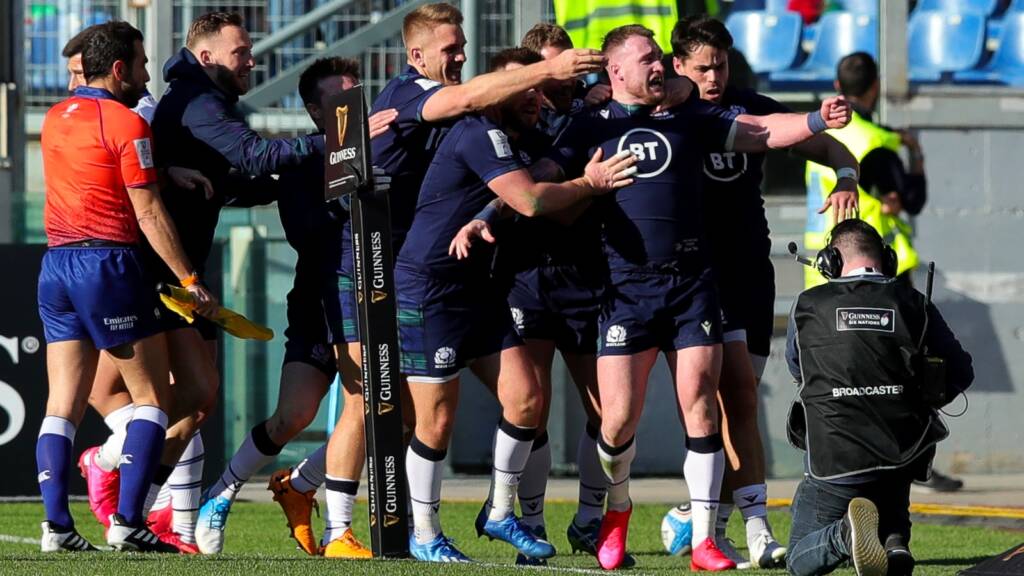 Scotland went into the 2019 Rugby World Cup confident of making an impression, with Hogg central to their hopes of doing so.

An under-par display saw them comfortably beaten by Ireland in their Pool A opener but a comfortable 34-0 victory over Samoa got them back on track, Hogg slotting a drop goal to open his account for the tournament.

The full-back was rested for the thumping win over Russia which set up a winner takes all contest against hosts Japan for the right to qualify for the knockout stages.

Hogg played the full 80 minutes of a rollercoaster encounter in front of more than 67,000 passionate fans, the majority of whom were delighted by the result as Japan won 28-21 to consign Scotland to an early exit.

Hogg offered no excuses and the disappointment was raw after the match.

“We can’t keep saying we’ll be better for this experience because we’ve said that before,” he said.

“The hard truth is, if we don’t get better, it’s going to be the same situation.

“I don’t think it’s actually kicked in what’s happened. When it does, it will eat away at me for a long, long time. It’s going to hurt. But this is the place we’ve put ourselves in.” 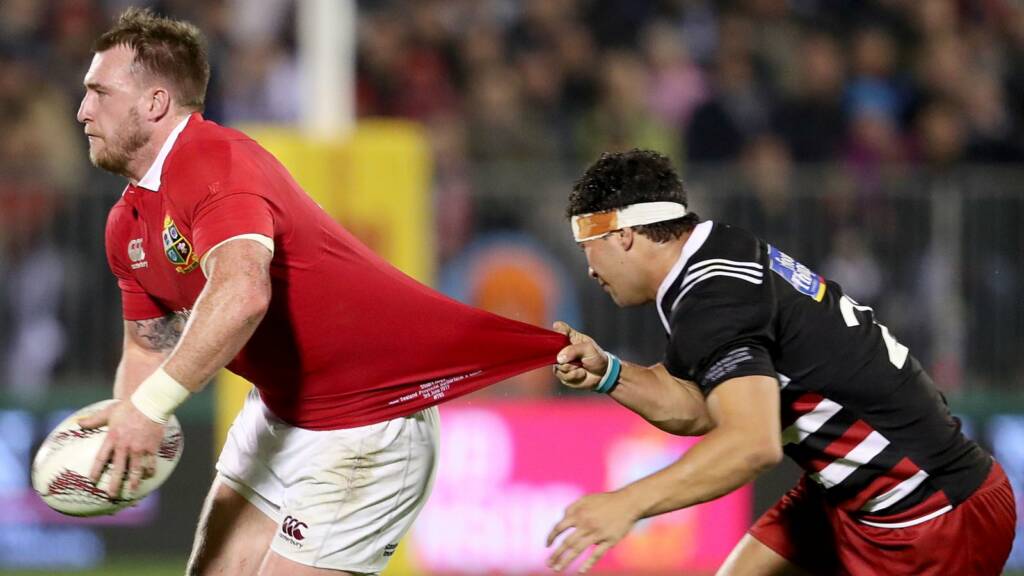 Hogg had announced in November 2018 that he would be leaving Glasgow Warriors for Exeter Chiefs following the World Cup, citing a desire to “gain new rugby experiences and push myself in different situations where I will be challenged and hopefully improve further.”

He has done just that in his first season in Devon – one interrupted by the Covid-19 pandemic – and has played a key role in the Chiefs’ quest for a domestic and European double.

Hogg has scored five tries in 12 Premiership appearances to help his new side to their fifth straight Premiership final – having lost the previous two, Exeter will be hoping to go one better when they take on Wasps at Twickenham on October 24.

Before that, Chiefs take on Racing 92 in the European Challenge Cup final at Bristol’s Ashton Gate on October 17. The Devonians are continuing to break new ground and Hogg’s big-game experience will be crucial as they look to crown their incredible rise with silverware. 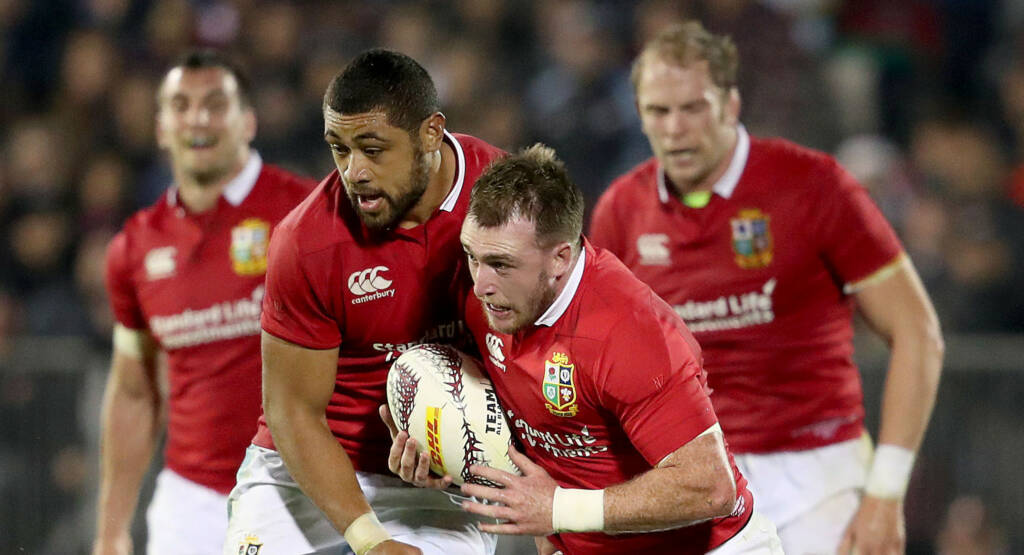 In January 2020, it was announced that Hogg would captain Scotland in their Six Nations campaign.

He had done the job once before, against the USA in June 2018, and Gregor Townsend put his faith in the full-back to lead an exciting young squad.

Following consecutive defeats against Ireland and England, Hogg scored his first try as skipper with a fantastic solo effort against Italy as Scotland got up and running with a 17-0 win.

Hogg was again influential in a 28-17 win over France and will hope to help his side end on a high against Wales when the rescheduled final round fixtures take place on October 31.

With the inaugural Autumn Nations Cup to come along with next year’s Six Nations, Hogg will relish the opportunity to lead his side out on the international stage while also looking to keep his name in the Lions frame.

Should he make the squad next summer, Hogg will have completed the set as a Lions tourist. But with a Test cap yet to grace his mantlepiece, he will be eager to ensure he shows exactly what he can do should he be offered an opportunity in South Africa.