Tributes pour in after death of Lions great Williams 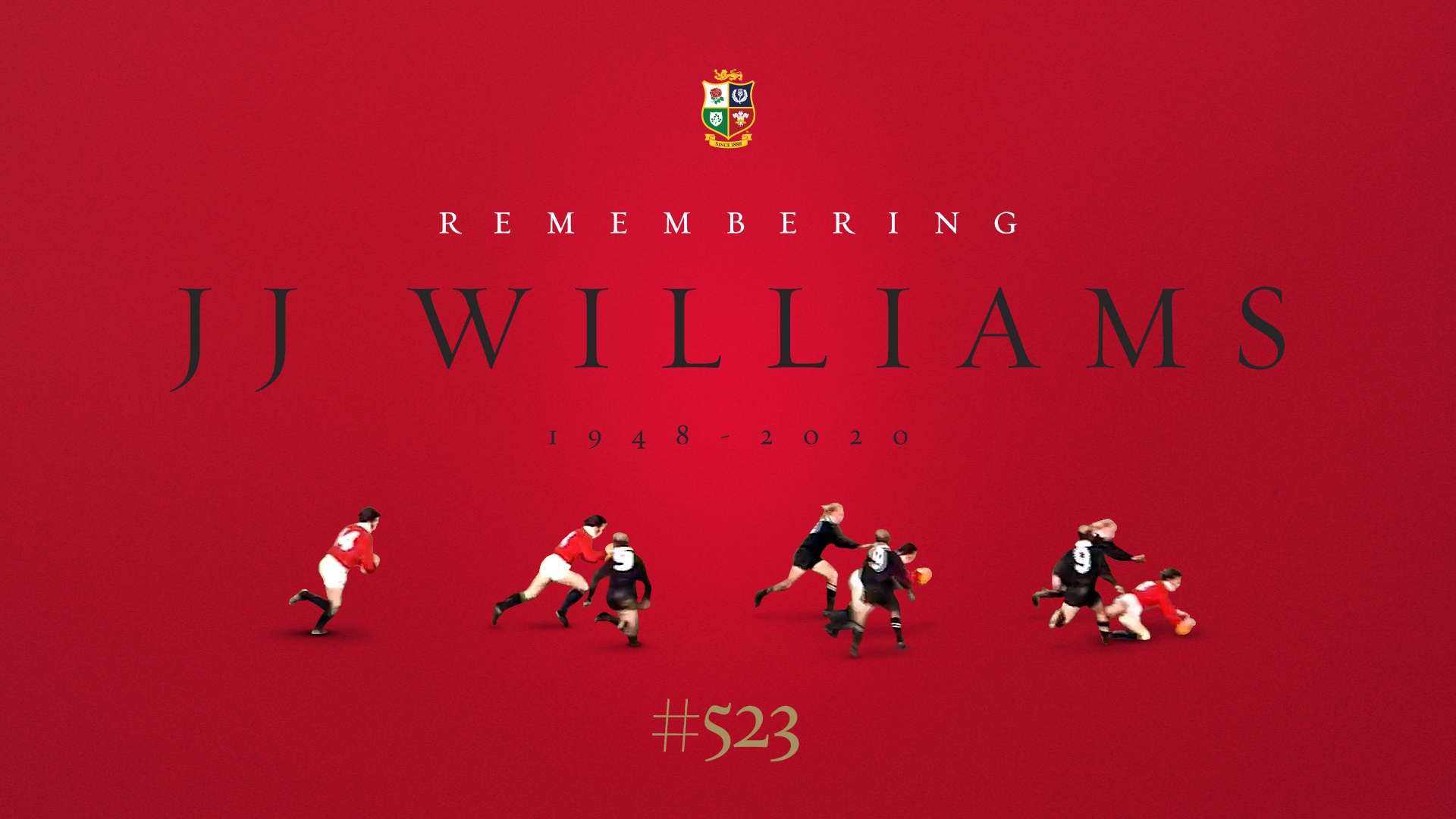 Born in Nantyffyllon and having represented Wales as a sprinter at the 1970 Commonwealth Games, Williams ventured onto the rugby pitch with Bridgend and Llanelli before earning his first Test cap for his country in 1973, and a Lions call-up a year later.

‘The Welsh Whippet’ quickly established himself as one of the world’s best players, scoring four tries in four Tests as the Lions won a series in South Africa for the first time since 1896, and touching down 12 times in 12 games overall.

Three years later in New Zealand, Williams added 10 tries to his tally in 14 matches as the Lions ultimately went down 3-1 in the series, leaving him equal fourth on the all-time list of try-scorers with 22 in 26 appearances.

And his exploits both on and off the field didn’t go unnoticed among his colleagues. Beaumont made his Test bow in the famous red jersey in the team’s sole Test victory of the 1977 Tour as Williams notched the only try of the game, and the former England and Lions captain shared his memories of his former colleague on Twitter.

“I’m very sad to hear that JJ Williams has passed away. He was a superb athlete and an electric rugby player,” Beaumont said.

“He will be remembered for scoring the decisive try in the second Test against New Zealand in 1977, but he was also great to be around on Tour. My thoughts are with his family.”

Very sad to hear that JJ Williams has passed away. Superb athlete and electric rugby player. JJ will be remembered for scoring the decisive try in the 1977 @lionsofficial 2nd test v NZ on my debut tour, but he was also great to be around on tour. My thoughts are with his family

Shane Williams – who similarly starred on the Wales wing and made four Test appearances for the Lions on the 2005 and 2009 Tours – also took to social media to pay homage to his fellow countryman, as did former Wales second row Craig Quinnell, Williams’ godson.

And current Wales national team boss Wayne Pivac paid respect on behalf of the sides’s management and playing staff, iterating that Williams is in all of their thoughts as they prepare for their final Six Nations clash at home to Scotland this weekend.

“I’m so sorry to hear that JJ Williams has passed away. It was a pleasure to have shared your jersey,” Williams said.

Quinnell said: “It’s with a heavy heart I write this. My God father. My friend. My mentor and an inspiration to me passed away today. He was a legend to all. RIP JJ.”

Pivac added: “On behalf of the national squad, management and team, our thoughts and condolences go out to JJ’s family and friends.

“It always is poignant when you have a player of that ilk passing away. We’ll show our respects by wearing the black armbands.

“He’s a well-known figure and familiar face, you can’t mistake him. He was around the place quite a lot. He was always a friendly face who would come and say hello.

“Personally, he was very good to have rugby conversations with. He’ll be sadly missed and the guys are well aware of what he’s achieved in the game.”

So sorry to hear that JJ Williams has passed away! It was a pleasure to have shared your jersey.

Elsewhere in the rugby world, Williams’ former club sides Bridgend Ravens and Llanelli RFC tweeted their tributes to Williams, after hearing the news of his passing.

Bridgend Ravens posted: “All at Bridgend Ravens are deeply saddened to hear of the passing of former player JJ Williams. Our thoughts are with JJ’s family and friends at this tough time.”

Llanelli said: “It is with great sadness that we hear of the passing of the great JJ Williams. We would like to extend our sincerest condolences to his family, friends and former teammates.”