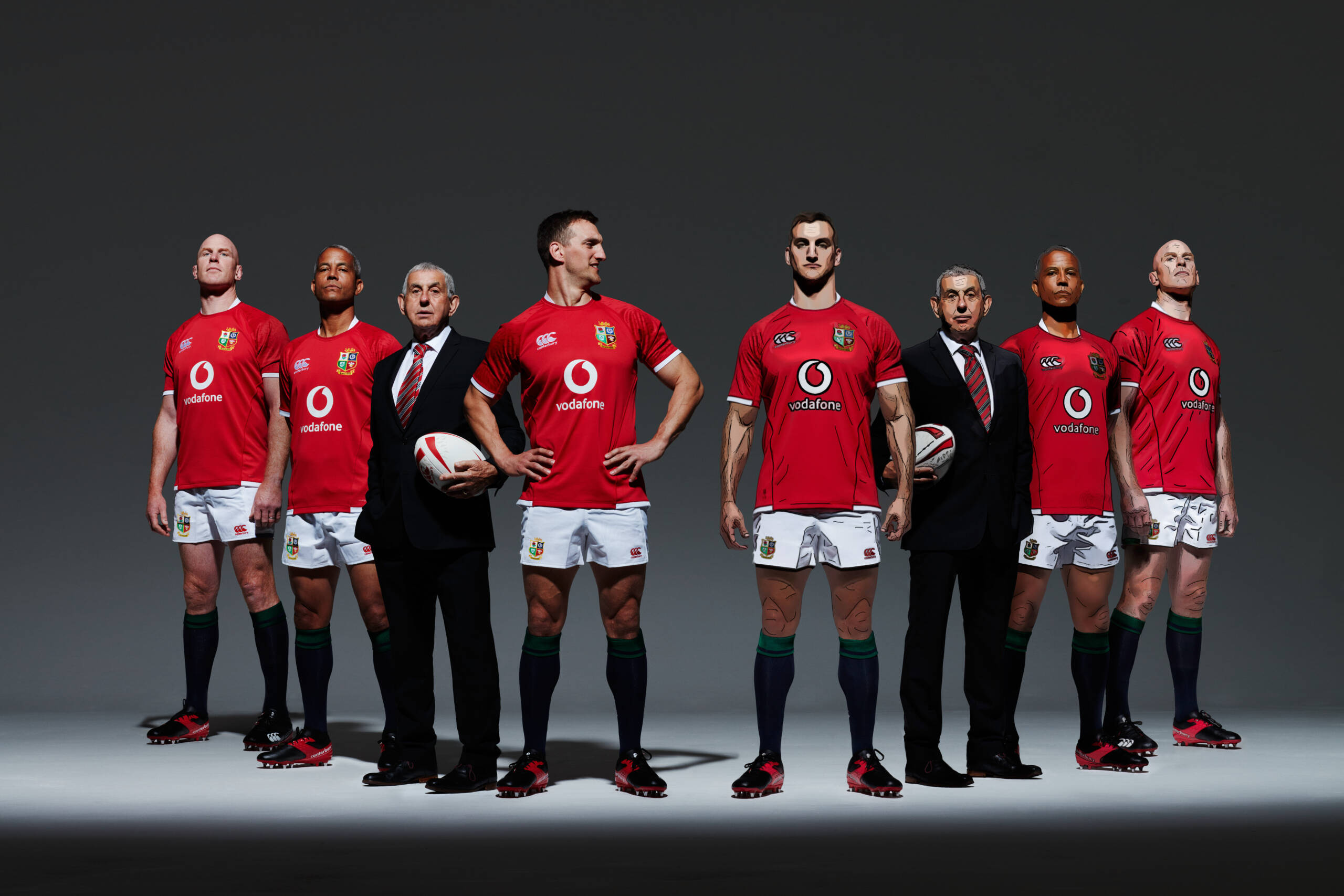 Vodafone UK & Ireland has launched a new cutting-edge app with the British & Irish Lions ahead of the 2021 Tour of South Africa.

The App will for the first time allow rugby fans to ‘become a Lion’, virtually, and fully immerse themselves in Lions action as the countdown to next year’s Tour continues.

The new official Lions app will offer a range of interactive features, including the ‘Digital Lion’, a fully-animated virtual avatar tool developed using the same technology seen in Fortnite and FIFA. The ‘Digital Lions’ feature, a first within rugby, will enable fans to interact both with Lions players past and present, and with other fans.

The personalised ‘Digital Lions’  created by supporters will be the first to wear the new British & Irish Lions jersey when it is revealed and fans will be able to share their avatars across social media and messaging platforms. They’ll also be able to bring their avatar to life in 3D augmented reality and choose from a range of animation options.

In the coming weeks fans will also discover news ways to personalise their ‘Digital Lion’ and they will be able to base their avatar on a number of traditional player positions – for example, prop, second row or scrum-half.

The app will be any rugby fan’s ultimate companion to the much-anticipated 2021 Tour, providing the latest news, fixtures, ticket offers, merchandise and interactive fan experiences, all in one place. Other features include the ‘XV Selector’ which lets users choose their own starting line-up which they can share on social media and messaging platforms as they compare their dream team with friends and other fans.

As the excitement of the Tour builds, new features will be added to the app, such as the ability to pose with legendary ex-Lions players in augmented reality (AR), the chance for fans to use their avatar to play in-app games, as well as the opportunity to unlock tickets and merchandise.

The app’s ‘Match Centre’ feature will provide live updates on all Lions news – from info on the games being played, to scores, scorers, team and match stats.

“As the countdown to next year’s Tour continues, we are excited to be launching the official Lions app in conjunction with our partners Vodafone,” said British & Irish Lions managing director Ben Calveley.

“This highly innovative app, which features cutting-edge fan engagement functionality such as the ‘Digital Lion’ and ‘XV Selector’, will further complement our digital channels, allowing fans to interact with the Lions in new and exciting ways.

“We have already seen record engagement numbers across our social media channels this year, and we look forward to continuing to deliver best-in-class digital content to Lions supporters all over the world.”

Vodafone UK commercial director Max Taylor added: “The app has everything you would expect and more, from the latest news, fixtures, tickets, competitions and merchandise, through to player stats, fan polls and quizzes.

“Fans can choose their ‘dream team’ and share it on social, they can take part in in-app games and, once the Tour kicks off, our ambition is that it acts as an augmented reality portal so they can enjoy a first-person view of the action in South Africa through the eyes of their avatar. They’ll also be able to keep up to date with our live ‘Match Centre’ so they never miss a moment. We have designed the official British & Irish Lions app so it will unite the pride like never before.”