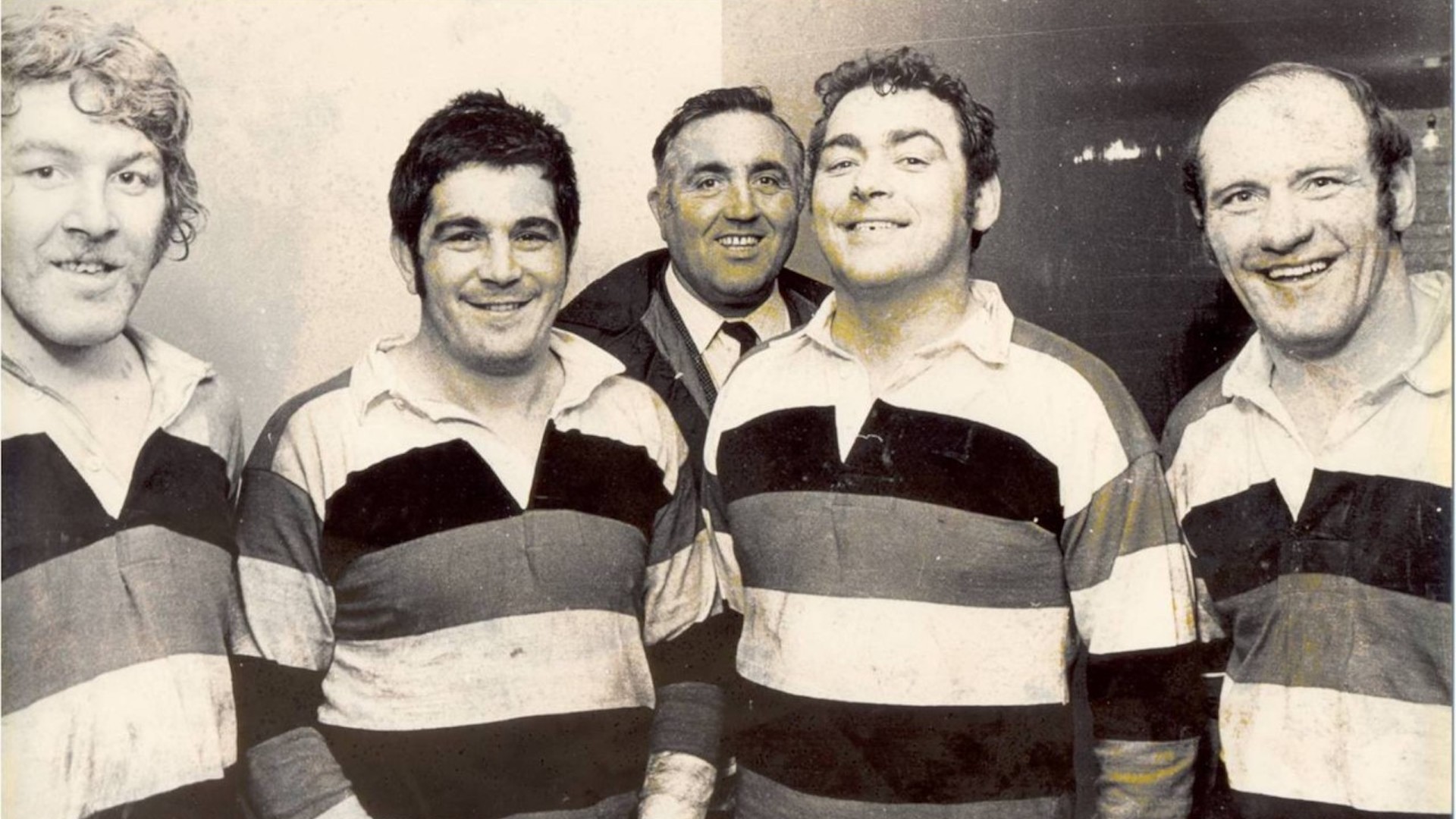 Lion No.406 Prosser made 13 appearances on the 1959 Tour of Australia and New Zealand, starting the 9-6 victory in the fourth Test over the All Blacks in front of 60,000 fans at Eden Park.

He also represented Wales 22 times between 1956 and 1961, making his international debut during the 1956 Five Nations Championship in a 9-3 win over Scotland.

Prosser is also known for being the architect of Pontypool RFC’s success during 18 years as the club’s coach during the 1970s and 1980s, having first joined his local team in the 1950s.

Your Club Your Lions: Pontypool RFC

He also built the legendary ‘Pontypool Front Row’, made up of Graham Price, Bobby Windsor and Charlie Faulkner, with the trio representing Wales on 19 occasions together.

In fact, the physicality and fitness that defined Price, Windsor and Faulkner began with what Prosser learned on the 1959 Lions Tour to New Zealand and Australia.

A famed student of the game, front-rower Price – who himself won 12 Lions Test caps and 41 for Wales – once said of Prosser: “What he doesn’t know about front-row play isn’t worth knowing.”

“An icon of Pontypool rugby club”

“He was an amazing coach, unique at the time. He went on the ’59 Lions Tour to New Zealand and he became so impressed with the way they conducted themselves over there that he brought back the same methods when he became Pontypool coach.

“He had a lot of success as a coach most notably during the ’80s when it was almost unprecedented success, almost continual, we were winning some silverware virtually every year.

“But probably knowing ‘Pross’ his most satisfying success was when he lifted Pontypool off the bottom back in the very early ‘70s.”

His legacy will never be forgotten

A statement from Pontypool RFC Chief Executive Ben Jeffreys and his father Peter said: “Ray turned Pontypool RFC into an institution that was both feared and respected in equal measure.

“He transformed Pooler into a world-renowned brand and did so whilst staying true to his values the entire time. The outpouring of tributes expressed over the last 24 hours demonstrates just how highly regarded Ray was – both as a coach and a person.

“When we say it is an honour to represent Pontypool RFC, it is because of what Ray created. So many clubs have their moment in time, but very few etch themselves into a place in history.

“Even fewer create a legacy that is felt just as passionately by its supporters today as it was several decades ago. It is that reputation that has carried us forward to this present day.

“Our whole ethos as a club is still centred around celebrating and embracing what Pooler became known for under Ray; being tough and uncompromising but doing it with total honesty and maximum commitment to both each other and the badge.

“When opposing teams visit Pontypool Park, they know they are in for a tough afternoon. But what has always been apparent to us since day one, is the sheer respect fellow clubs display towards Pontypool RFC and its standing in Welsh rugby folklore.

“The history, the tradition, all the key moments in time. Fellow clubs often leave Pontypool feeling honoured to have played on the hallowed turf of Pontypool Park. In turn, the experience creates a lasting memory for their club that will be proudly discussed in their clubhouse for years to come.

“It is this continued celebration of our proud history that will always ensure that Ray Prosser’s legacy will never be overlooked, never be forgotten.”