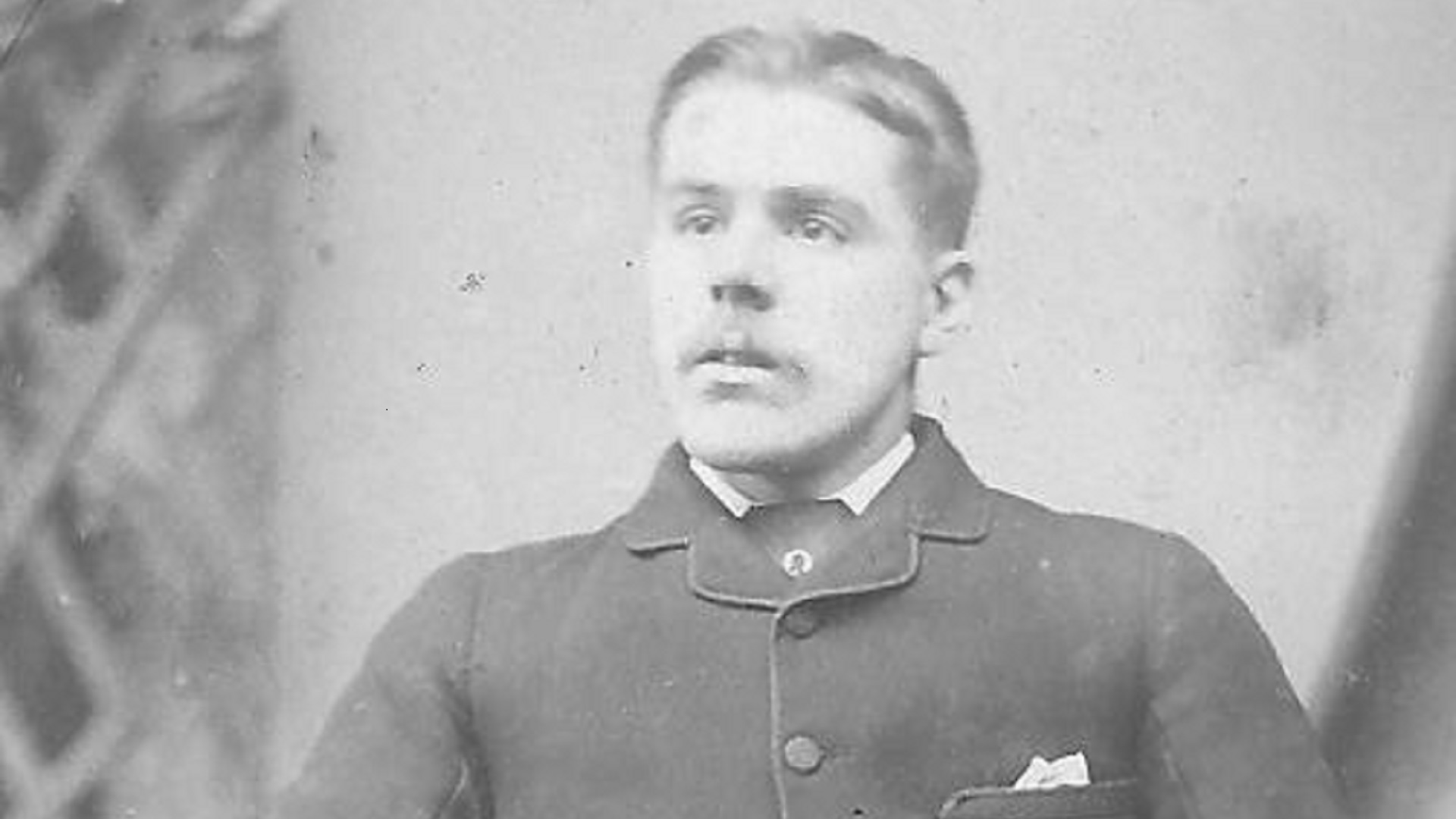 As one of ‘The Originals’ who went on the inaugural Tour to Australia and New Zealand more than 130 years ago, Harry Eagles holds a unique place in British & Irish Lions folklore.

Not only was the Fylde-born forward among the 22-man travelling party who embarked on the voyage for the 249-day trip, he played all 35 games on the pioneering 1888 Tour.

And his contribution to the enduring legacy of the Lions has now been recognised as part of the project to award ceremonial caps to all the players who have represented the tourists.

The commemorative cap of Lion #5 has been reunited with its grateful recipient Mark Jones, who is the great grandson of Eagles and lives with his family in Cedar Rapids, Iowa. 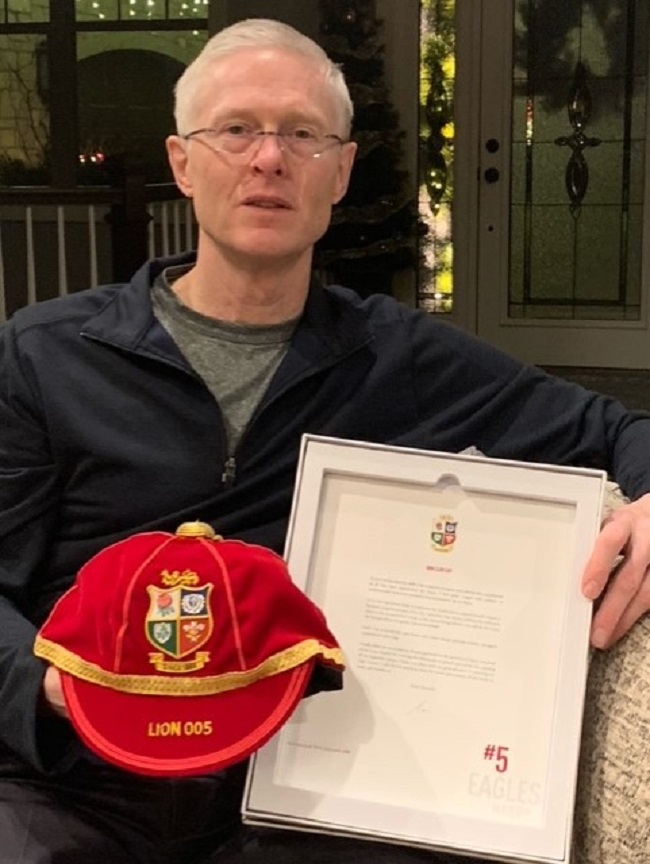 He received the one-off, hand-stitched cap with Eagles’ unique playing number last week and Mark admitted the significance of his great grandfather’s achievements is still sinking in.

“We were looking into our family history when we came across the British & Irish Lions website and the capping project and we got really excited about that,” Mark explained.

“We realised that we have a connection to it so we went through the process, sent the application and received the cap. When we opened the box it was stunning, absolutely breathtaking.

“We owe a debt of gratitude to the Lions capping project for doing this and the appreciation that they realise this was a significant moment in history for the British & Irish Lions.

“We’re so proud to have this cap, it means a lot to us, it ties legacy to our family and we will cherish it greatly. We intend to pass it along to our family as long as we can along with the other caps.

“To know that he was one of the originals on this trip to Australia and New Zealand, it makes you sit up and take more notice of how special he was as an individual, representing his country.

“For us as a family I think we’re still absorbing the impact to our family, the uniqueness, the history, just the exceptional nature of it and to put all this together and understand what the caps mean.

“It’s just an honour to be part of that legacy, to be part of a family that had one of the original British & Irish Lions who went on the Tour itself is just tremendous.”

Mark and his wife Tina only came across the 1888 Club project, which was originally launched in 2018 to mark the anniversary of the first ever Lions Tour, in July this year.

Having inherited several of Eagles’ other caps from Mark’s father after he died in 2012, the couple started to investigate their family history and unravelled a treasure trove of information.

Their research eventually led them to the Lions website, where they discovered the 1888 Club and realised that Mark was eligible to receive Eagles’ commemorative cap as his next of kin.

“I was born in 1961 and in my early years I knew little to nothing about our family,” he said. “Around 2010/11 my father wasn’t doing too well and we became aware of my great grandfather’s caps.

“We talked a little bit about them but at that point knew very little about the history, just that my great grandfather Harry Eagles played rugby and ended up on this trip to Australia and New Zealand.

“I was still a little shady on the details and when my dad passed away in 2012, I inherited the caps from him and that’s really when my wife started doing a little bit of research on it. 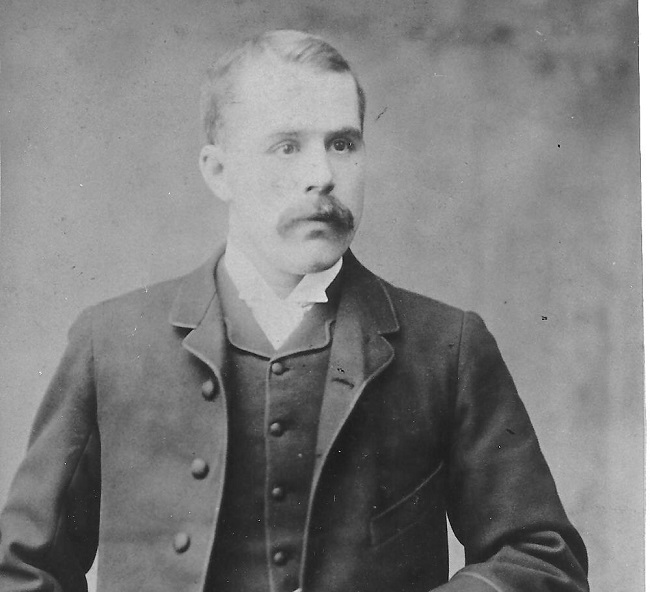 “It was only in the last couple of years that she did a little bit more research on it and came across the British & Irish Lions website and we dug into it a little deeper.

“To be able to add that cap to Harry Eagles’ other caps that we have in our possession just makes us feel very happy and very proud. It’s tying together a recognition of what took place in 1888.

“I don’t know if it’s really sunk in. When we were looking at it we were realising that some of these caps are more than 130 years old, this is a great, historic thing.”

Eagles started out at Crescent RFC before switching to Salford, where he made his name as a powerful forward and was soon picked for the Lancashire county side.

He went on to be a key player on the 1888 Tour to Australia and New Zealand, playing every single game and scoring 15 tries – including a famous double against the NSW Waratahs.

Mark has a book with newspaper clippings about his great grandfather’s exploits during his career and intends to preserve his memory by continuing to research Eagles’ life.

The 59-year-old also hopes to one day retrace Eagles’ footsteps with his wife Tina, with a retirement trip to Australia and New Zealand on the couple’s wish list for the future.

“When you look at families, they all have their history but we think this is a really cool history,” he said. “We have two boys and we would like to keep it in the family.

“In every family now and then there is an individual who stands out, an explorer here or an athlete there, a scientist or something like that, but this is kind of our big family thing.

“We’re potentially looking at doing a retirement trip and retracing some of the things that they did, go to Australia and New Zealand – that would be really fun – and go back to England.”