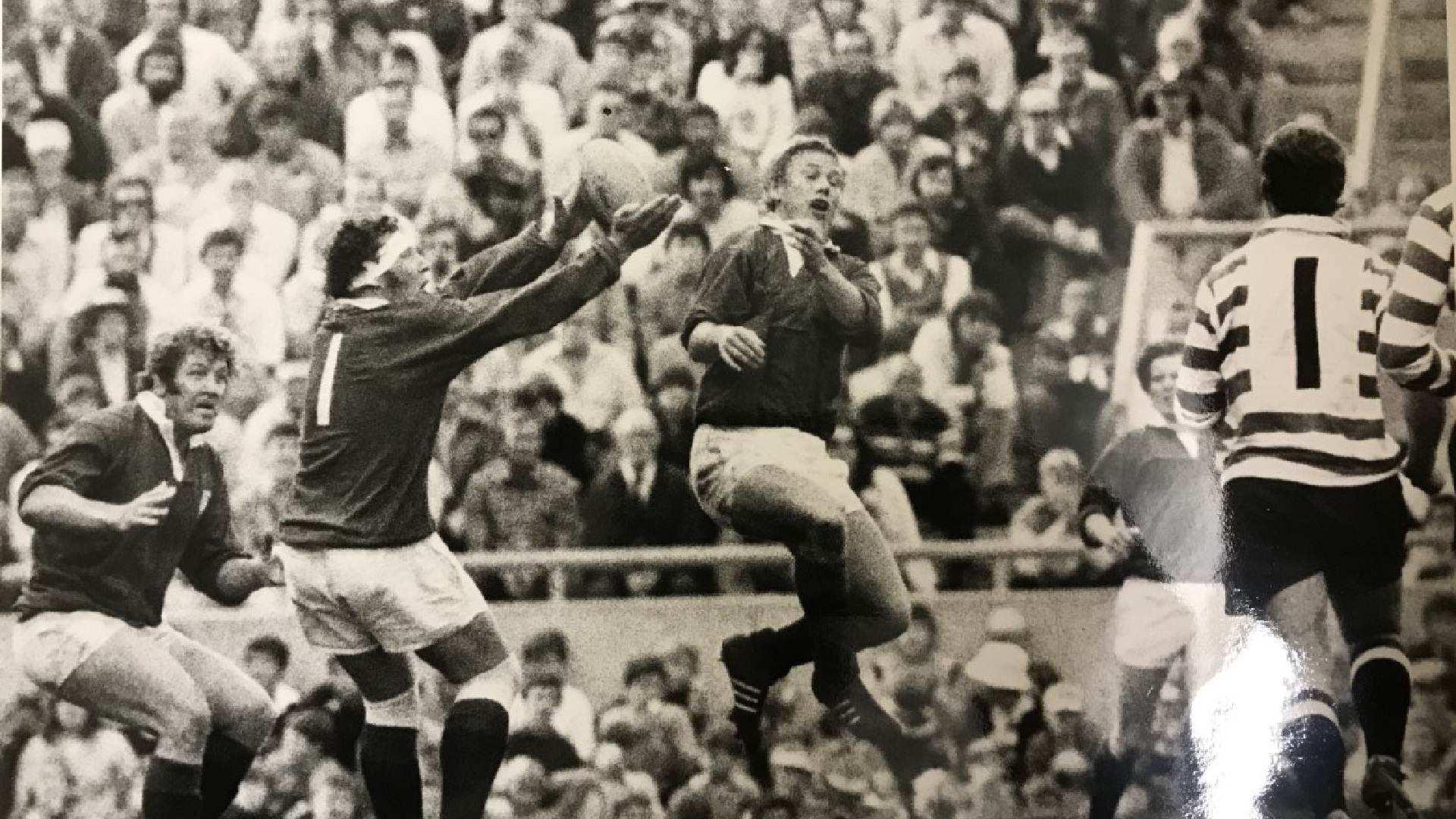 One truth becomes clear when you speak to anyone associated with Porthcawl RFC about what makes the club so special, so completely unique.

Put simply, it’s at the centre of everything. It’s the place where rugby careers have been forged, where friendships are made, families and communities come together as one.

Founded in 1880, the Bridgend club has often punched above its weight on the field as well as providing the launchpad for several players to earn international honours for Wales.

Two of their most notable names are Roddy Evans and Clive Williams, who both went on to also represent The British & Irish Lions and stitch their name into the fabric of Porthcawl’s history.

Williams was born and bred in Porthcawl but had little interest in rugby until he picked it up after school, joining the club and quickly progressing through the ranks to Wales and Lions fame. 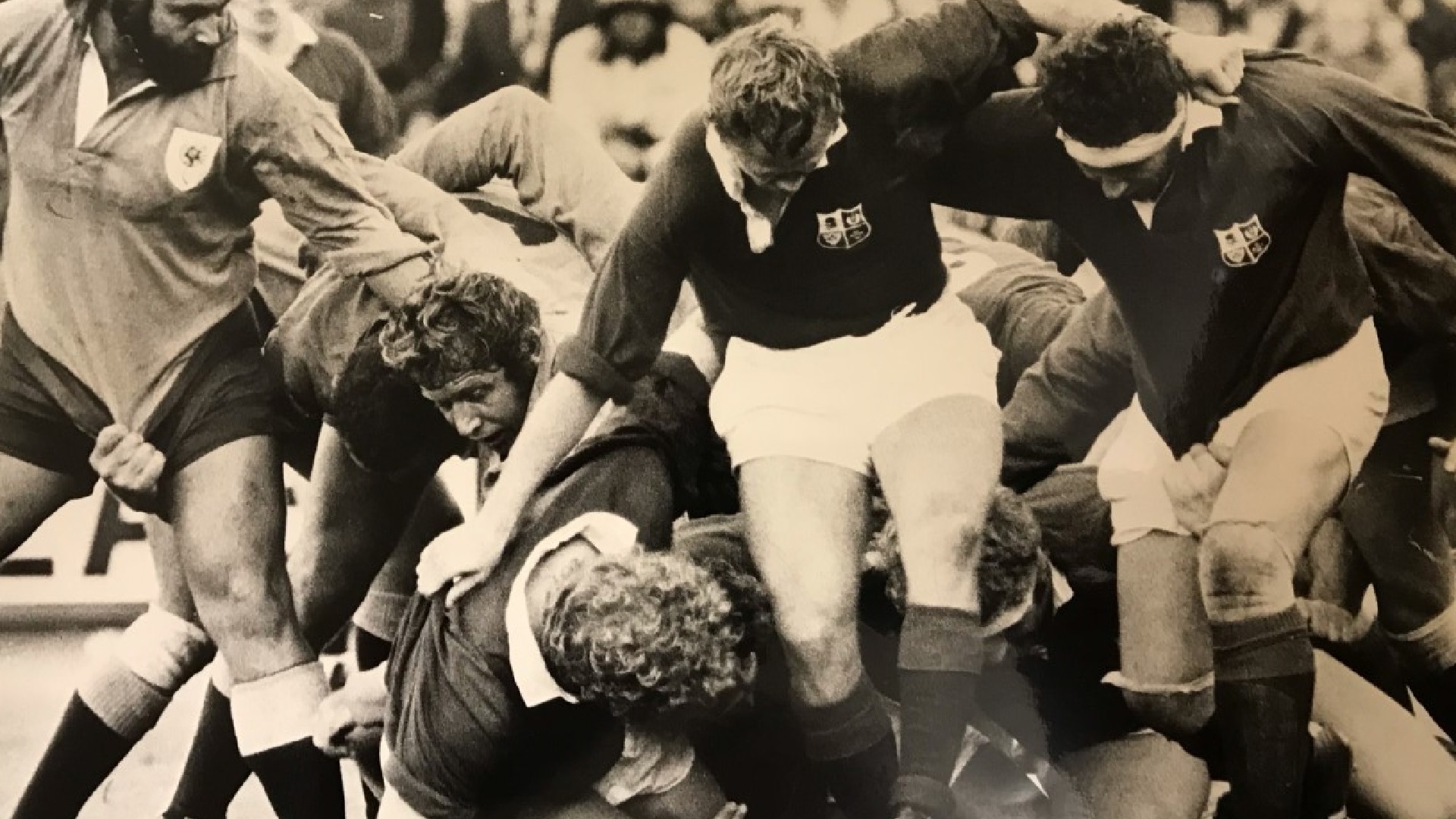 “I started playing for the seconds and then played for the firsts. I had a couple of good seasons with the first team and then in those days you would have someone come and look at you.

“If you were playing tidy, someone from Aberavon or Neath, any side in the area, would come along and then you could have six games on permit to see whether it suited you and suited Aberavon.

“I had great times at Porthcawl. John Dodd, who was captain of Neath for ten years, he came back to Porthcawl and he was a front-row forward, so I learnt a lot off him.

“I’m born and bred Porthcawl which makes a difference. I have a load of friends through the club, friends from an early age even though I didn’t play youth rugby, I still knew a lot of the boys.

“I also worked with a lot of the boys on site as a plasterer so I met a lot of them through that but then I started to get involved with rugby and I developed friends for life.”

A formidable scrummager, Williams’ role in Wales’ three victories in the 1977 Five Nations earned him a call-up for that year’s Tour to New Zealand “out of the blue” according to the man himself.

In a whirlwind of a month, his Lions selection came on the back of the birth of his daughter Tracey, who took her own route to becoming an integral part of Porthcawl RFC as secretary.

“Many, many years ago my best friend’s dad played for Porthcawl as well and there used to be a charity, fun game on Boxing Day so we came up to the club for a drink,” she explained.

“We decided we wanted to watch a Wales game and the best way to do that is to join your local rugby club and get the tickets through them so that’s what we did.

“I was just a supporter for years and then another friend of our suggested we could join the committee and get more involved so we did that and then here we are.

“It’s a family club, it’s a community club, once you’re involved you do all you can for your mates in the club and make sure we can be the best that we can and develop the players.

“We have 14 teams now and are one of the few clubs in the area to have a full mini/junior section, which is absolutely brilliant. We’re very lucky and we have fantastic volunteers, which includes many of the parents.” 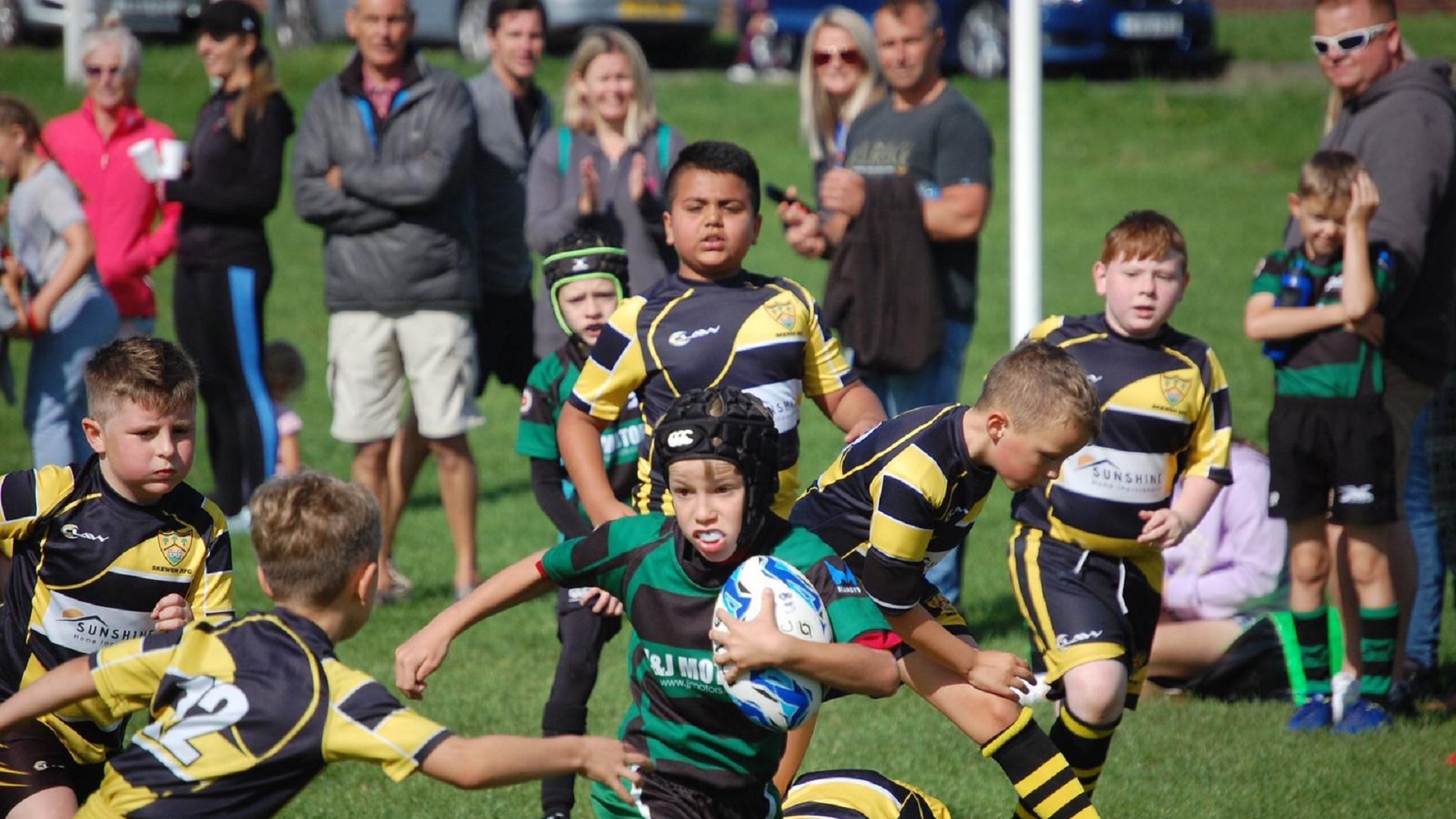 Always looking for ways to expand the Porthcawl family, the club started a new women’s team last year nicknamed the She-Gulls, with many of the players picking up a ball for the first time.

But Porthcawl’s greatest moment on the pitch came in April 2018, when the men’s first team won the WRU Bowl competition at Principality Stadium thanks to a penalty with the final kick of the game.

The club followed that success with promotion to WRU League 2 West Central in the same season and despite this year’s coronavirus difficulties, Tracey is confident about Porthcawl’s future.

“When we won the bowl final and the league back in 2018 most of those players were players we had developed ourselves so the future will be bright,” she said.

“There are so many people who have put their heart and soul into the club and they want to do well so I think we are all pulling together and we’ll get there.”

Another figure who has been at the heart of Porthcawl for almost 60 years is John Pearman, who joined in 1961 and has become a life member, having held almost every single club position.

It’s no surprise then that for Pearman, who also played for the second and first teams before taking on multiple different committee roles, that Porthcawl has become a way of life.

“Porthcawl has been a great part of my life. I came to Wales as an Englishman, my wife is Welsh and I have loved living in Wales, having had a very fulfilling career in the steel industry,” he said.

Today is National Sporting Heritage Day. We were est. 1880 so have an incredible history. We’ve shared a few old photos over recent months. Here’s another of our Youth team, District Cup Final 1979 v Cornelly, played at Aberavon RFC.#NSHD2020 #ShareYourSportingHeritage
💚🖤🏉 pic.twitter.com/M2yYOykDY0

“It’s meant so much to me, I’ve got so many good friends and I feel confident in the future. We’ve had our challenges along the way, sometimes we’ve said ‘have we been a bit too ambitious?’

“But if you don’t strive to do something, if you don’t embrace it and pull everyone together then you never know and the fact we’ve had so many players go on to do great things is something I look back on with great pride.

“As well as being an intensely proud rugby club, I’ve seen us evolve now to become a greater measure of what we mean to the community – not just in rugby but other activities as well.

“But we never forget that at the heart of it, at the centre, the fulcrum of it all, is our rugby football club and it’s been a pleasure being part of it, I love it and long may it continue.”

And with Clive Williams also still contributing to the club that put him on the pathway to being a two-time Lions tourist, John added that it just goes to show the devotion that Porthcawl inspires.

“He’ll do anything, such is his contribution to his local club for which he is grateful,” he said. “I think he is the first person to say he owes so much to Porthcawl and he gives us oceans back in return.

“He’s a wonderful man who started as a young man without any knowledge of the game and it just goes to show what through the love of a club can be achieved.”