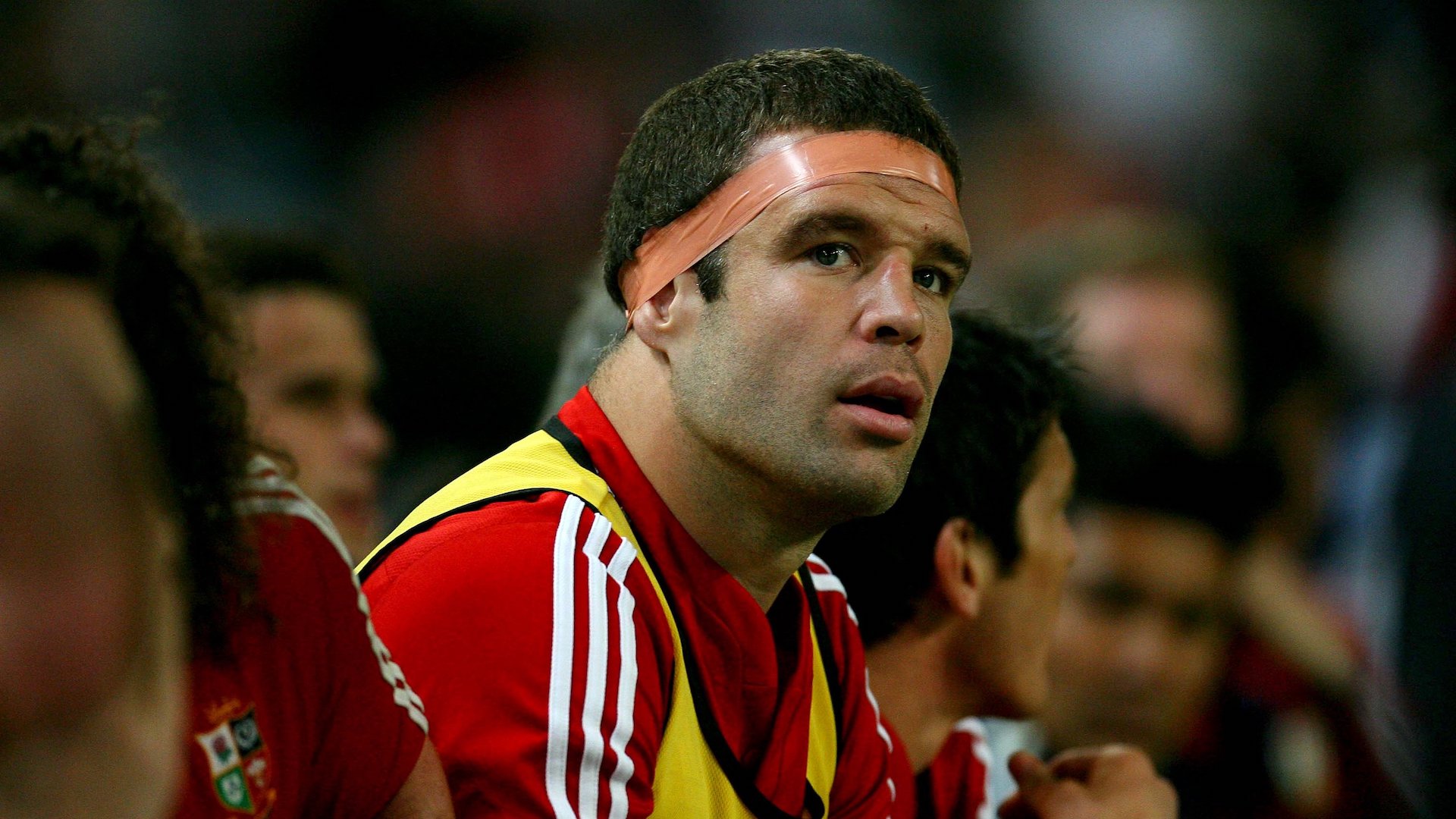 Welwyn Garden City celebrated its centenary in 2020 and for 90 of those years, Welwyn RFC has been at the heart of the community in the Hertfordshire town.

Based in a central location on the site they have called home since the early 1930s, Welwyn is home to 1,500 members of all ages and has produced 13 full internationals across the men’s and women’s game – with more potentially in the pipeline as the thriving girls’ section continues to bear fruit.

From England hooker John Wackett, who won two caps in 1959, to influential England Women fly-half Helena Rowland via British & Irish Lion Joe Worsley, Welwyn’s stellar roll call of stars is made all the more impressive by the fact they are based, in the words of girls’ co-ordinator Jonathan Cirkel, in a ‘non-rugby playing area’.

“Of the three major state schools in the area, one sort of plays and two don’t, so we don’t have an automatic link with schools,” said Cirkel, who coaches the girls’ under-11s and boys’ under-17s teams, having previously overseen Rowland’s progress in the same age-group side as his daughter.

“The key thing is creating a fun, family environment with friendliness in the teams and on the sidelines.

“We are competitive but the number one goal is to encourage kids to have fun, enjoy the game and stay with the game throughout their playing life and afterwards. 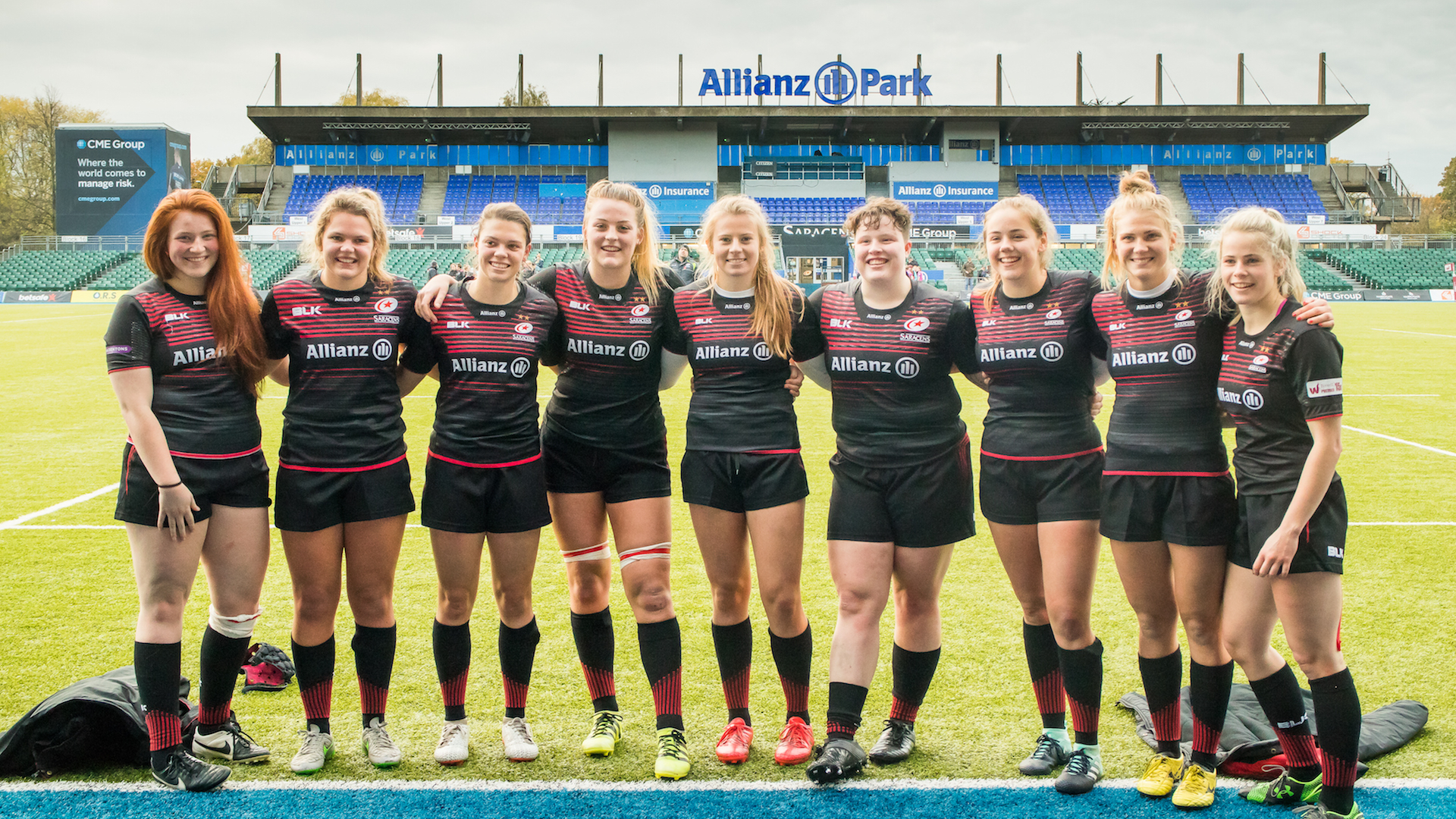 “A lot of the seniors now aren’t playing but are very active members of the club, which is something we are aiming to do across the board.

“We don’t have the facilities of some major clubs but that can work in our favour. It makes it feel like a family and community-run club.”

Heading the Welwyn family is Mark Elliott, the very definition of a club stalwart. Elliott has occupied almost every available role during his time at Welwyn, which began in 1976 and has therefore taken in half the club’s entire existence.

Having been a player, captain, chairman and, for the past three-and-a-half seasons, president, Elliott has seen thousands of men, women and children don the maroon and white hoops – and the cream of the crop remains Worsley, who became a Lion on the 2009 Tour of South Africa.

“We are extremely proud of Joe,” Elliott said. “He came through in a very successful age-group side who won the County Cup and it was pretty obvious from the start that he was a special talent.

“I remember his England debut vividly. I was on a company conference in Edinburgh and he came off the bench. I bored the pants off my colleagues saying ‘that’s Joe, he played for Welwyn!’. 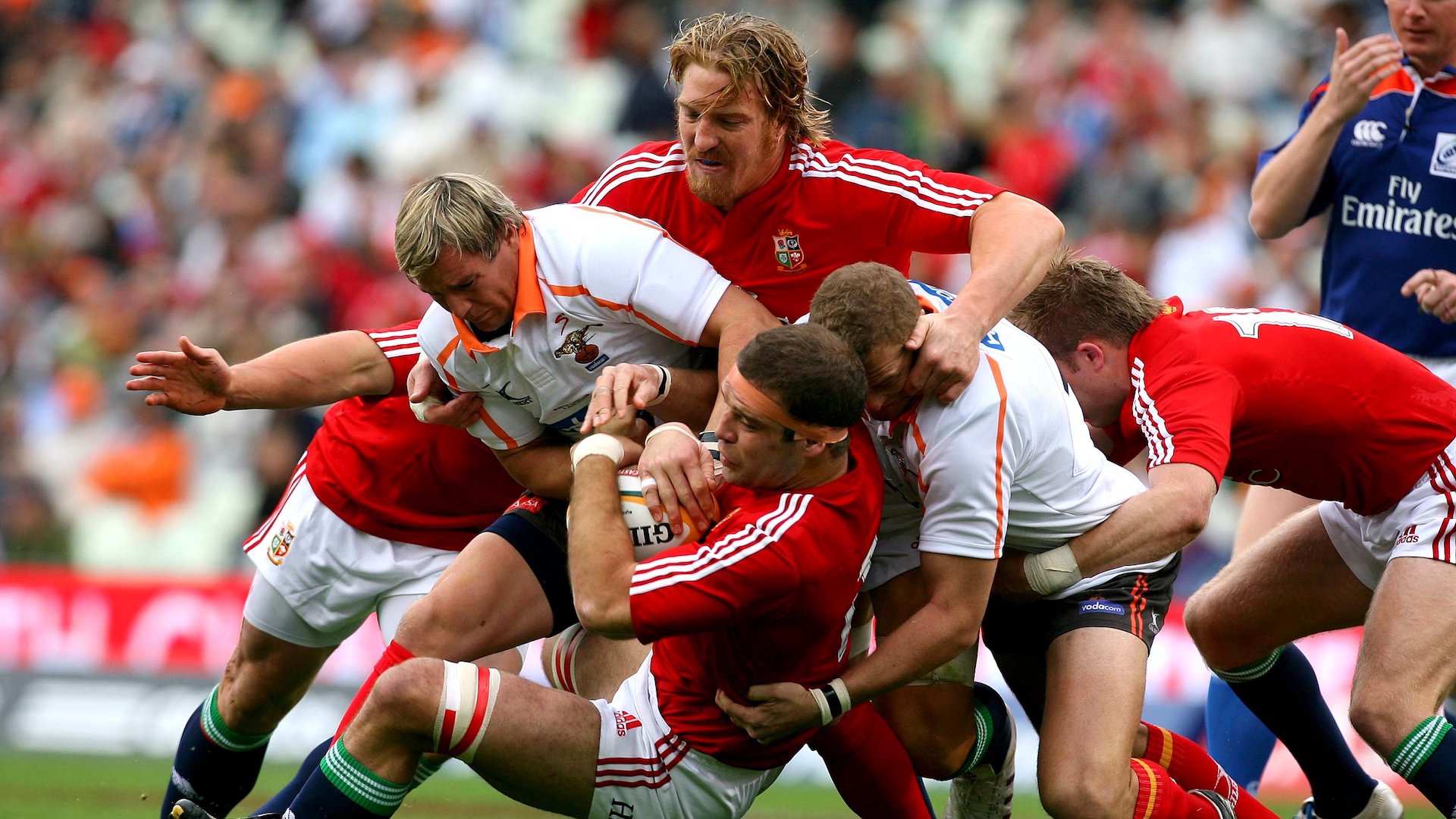 “To think he went on to win 78 England caps in an era when the back-row was generally (Richard) Hill, (Neil) Back and (Lawrence) Dallaglio is testament to his talent.”

A decade of consistently influential displays for England led to a maiden Lions call-up for the Tour of South Africa in 2009, when Worsley played in five warm-up matches before starting at blindside flanker in the third Test in Johannesburg.

A 28-9 victory ensured Sir Ian McGeechan’s side avoided a 3-0 whitewash and ended the Tour on a high, while also going down well back in Welwyn.

“We watched Joe’s Lions Test debut at the rugby club and it was a source of great pride,” Elliott said. “Speak to any international in the home nations and the ultimate for them is playing for the British & Irish Lions.

“One of his shirts is proudly on display in the clubhouse. It acts as inspiration for our young players to see this icon that has come through our system.

“It shows that anything if possible if you have the talent and the application – and Joe has both of those in spades.”

Worsley himself has fond memories of his time at Welwyn.

“I started playing mini rugby, under-10s at Welwyn Rugby Club,” he said. “Early teenage years I started to think about it much more and it became part of my identity. 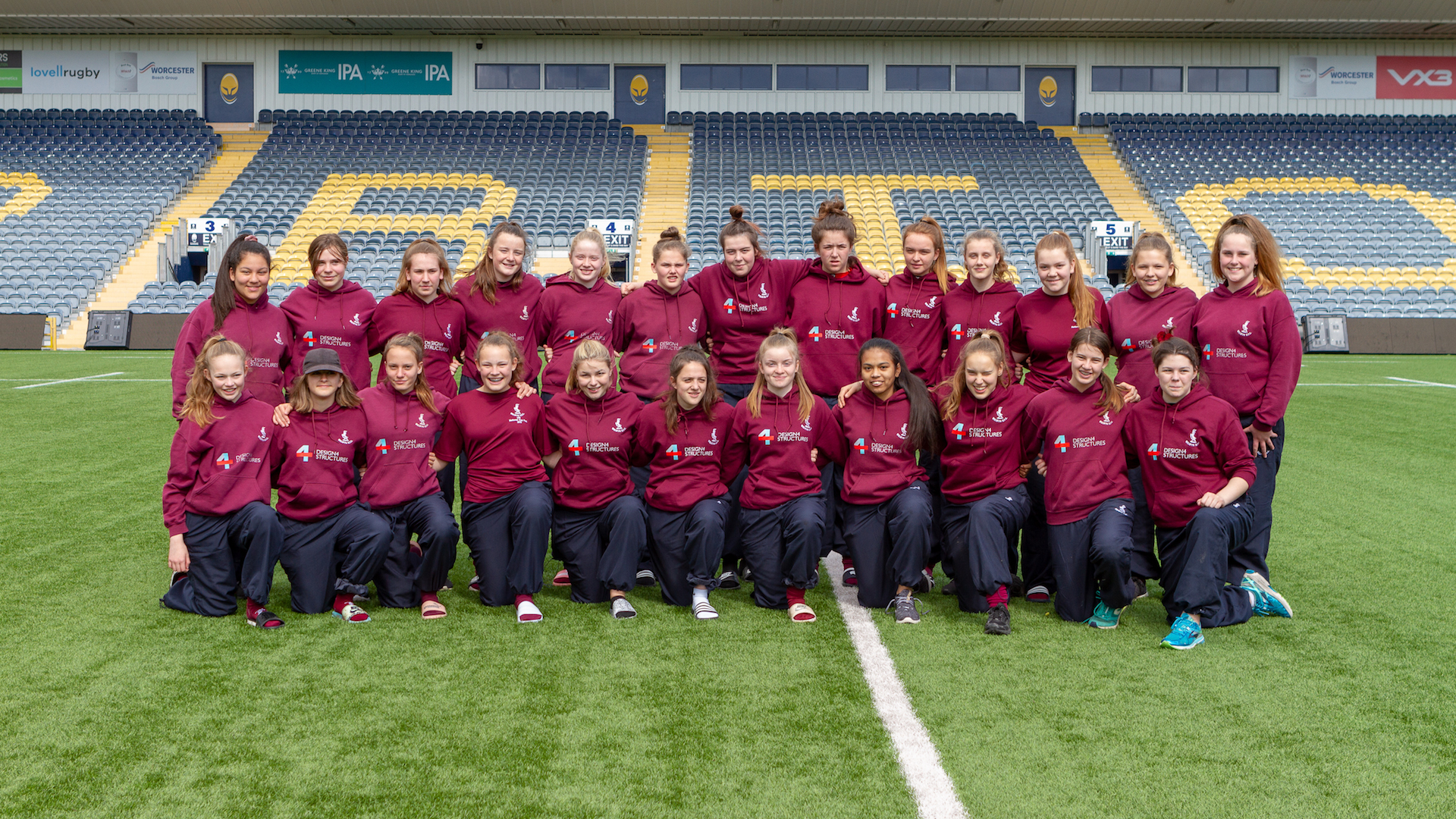 “I sure Welwyn and being part of a winning team was a large factor in the reason I became attached to the sport. I really enjoyed the competition element of those days.

“It was all decided in one day and I can still remember the fatigue you’d have at the end of the day from playing from nine in the morning to six in the evening, they were fantastic times.

“It’s a great club and there is a huge social side to it. A lot of volunteers, a huge number of volunteers and they run a lot of teams. They are just a fantastic group of people.”

Worsley followed in the footsteps of Wackett and Steve Bates as Welwyn’s England internationals in the men’s game – while Tom Jancowski earned eight caps for Poland.

The 2003 World Cup winner has made a success of various coaching jobs across the channel since 2012 – he is now in charge of Castres’ defence – but remains a regular visitor to his boyhood club on his visits back home and is not the only Lion to have made an impression at Welwyn.

“Willie John McBride, captain on the 1974 Tour, spoke at our club a couple of years ago – what an inspirational man,” said Elliott.

“He spoke after dinner and you just hung on his every word. He commanded your attention and he must have been an unbelievable captain to play under.

“I can remember all the Lions Tours going back to 1971 in New Zealand, when John Dawes was the captain, and I can pretty much name that whole squad even now. Every Lions Tour is special and I’ve watched them all since then.”

Rowland is among eight England women’s internationals to have come through Welwyn’s system, while Megan Williams has earned nine Ireland caps since her debut in 2018.

Another 17 have represented England Under-20s and November 2017 saw Saracens Women line up for a Premier 15s game with a starting XV containing eight players who had learned their trade at Welwyn, with another on the bench. 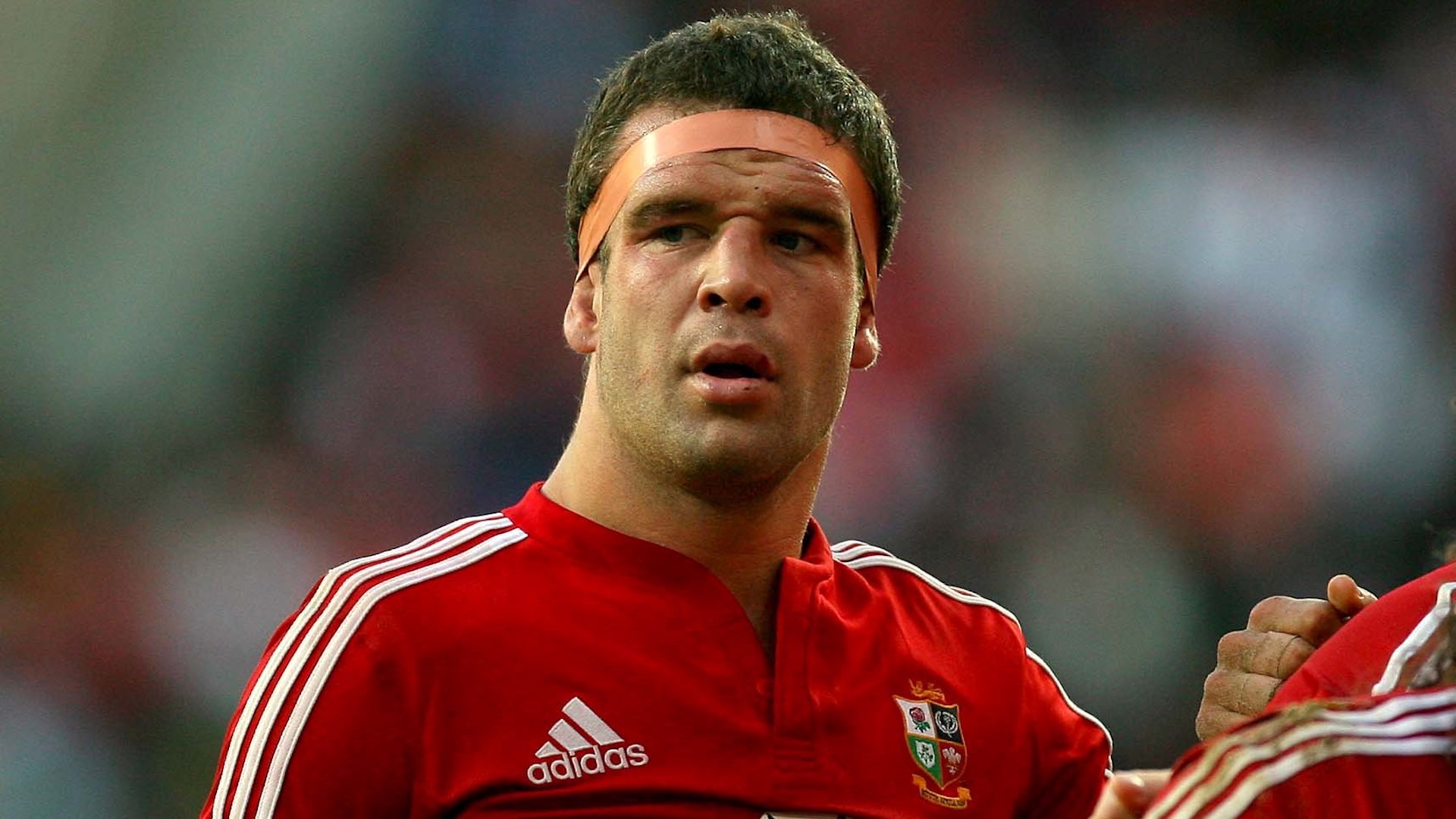 “That was an amazing success for the club and we had plenty of our girls’ section in the crowd that day,” Cirkel said. “One of the key things about the players we have produced is the benefit it has on the girls coming through now, in terms of role models.

“With the increased television exposure for the women’s game, the girls I coach at under-11s can see people who are not that much older than them playing at the very top of the game.

“We now have 80 girls in the club – not including the senior women’s team – and it gives them something to aim at. Even if they don’t have international aspirations, they know they are being looked after.

“They are finding rugby as a good way out of the world pressures that everyone talks about, or just as a sport that is welcoming to girls of any size and any age.

“Welwyn does a wonderful job of creating a family environment where girls, boys and their parents feel welcome.”

Elliott shares Cirkel’s optimism and believes the club can pick up where they left off as and when lockdown restrictions ease – with birthday celebrations on the horizon.

“We are still on the ground we have always been on and it’s in the centre of the town – it’s a community hub,” he said.

“The garden city was originally built without pubs so back in the day, the club was one of the few places you could get a decent pint – that remains the case now, in my opinion! It breaks my heart to see the doors closed – but we’ll be back stronger than ever for our 90th year.”