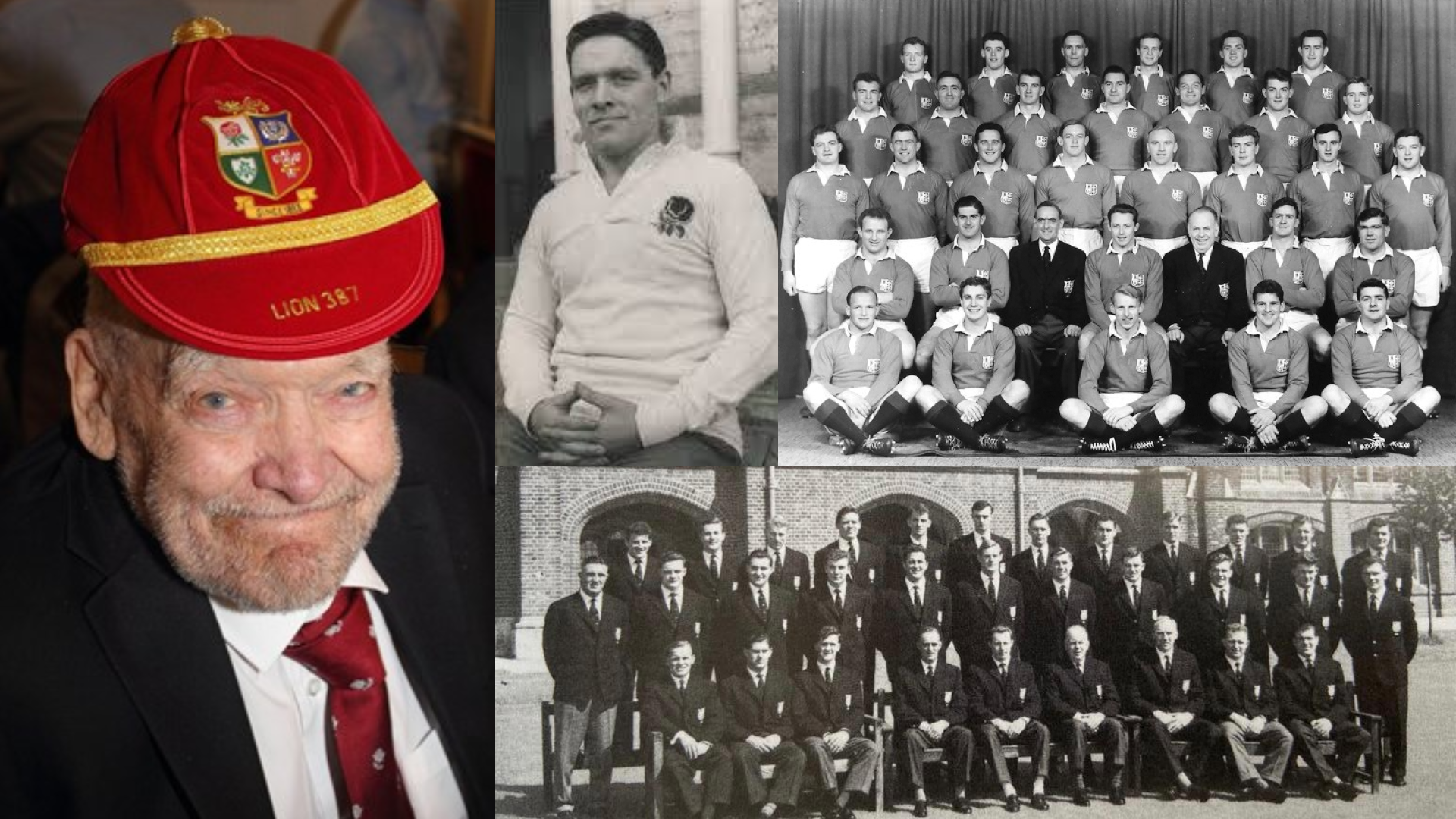 A colossus of English rugby during the 1950s and 60s, Lion #387 Ashcroft toured with the Lions in 1959 to Australia and New Zealand where he started two of the six Test matches.

Born in St Helens, Ashcroft spent much of his rugby career at Waterloo FC, captaining the first team from 1959 to 1961 and playing for the club’s various teams into his 50s.

His England debut arrived in the 1956 Five Nations Championship against Wales, with the No.8 playing all four of the Red Rose’s matches in that year’s competition.

Ashcroft also played all four games in the 1957 Championship as England finished with an unblemished record to secure the title in a memorable Grand Slam triumph.

He was part of another title-winning England side in 1958 before making his final appearance in the 1959 Championship, winning his 16th and last cap against Scotland.

Nicknamed Neddy, Ashcroft’s performances on the international stage over those four seasons saw him earn a spot on the 1959 Lions Tour to Australia and New Zealand. 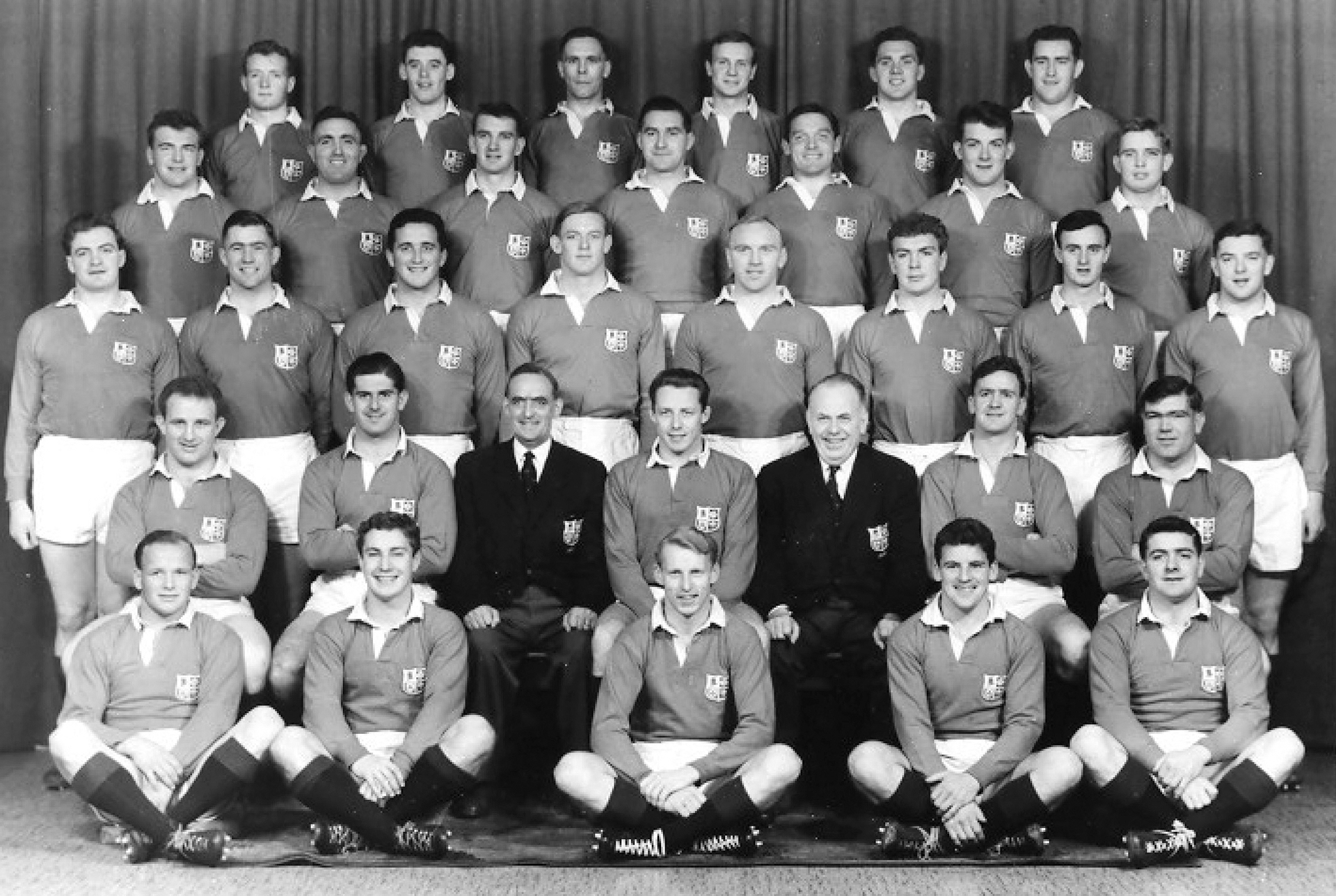 Captained by Ronnie Dawson and managed by Alf Wilson, the tourists were unable to return from New Zealand with a Test series victory as they lost 3-1 to the hosts.

But in the battle for the hearts and minds of the Kiwi public, the Lions were serial winners as their brand of attacking rugby caught the eye throughout the Tour, which started in Australia.

Ashcroft played in 18 games in all on the Tour, scoring two tries in the clash against Bay of Plenty/Thames Valley, while he also started two of the six Test matches.

The 1959 trip is remember as being the “longest Tour”, with the first match on May 23 and the final game in September, and it holds a unique place in history as the last of its kind to all be done by ship.

It was notable not just for the length of the journey but also for the record number of points scored, with the Lions racking up 842 in total from the 33 games that took place.

As well as the two Test matches against Australia and the four against the All Blacks, the Lions also played two matches in Canada on the return leg of the epic journey.

Ashcroft, who was a schoolmaster at Liverpool College, where he taught art, also featured for a combined England and Wales side against Scotland and Ireland in 1959.

The match marked the 50th anniversary of Twickenham Stadium, while Ashcroft also made nine appearances for the Barbarians – including three matches during their 1958 tour to South Africa.

Ashcroft’s place in Lions history was recently recognised when he was presented with his ceremonial #387 cap in a special ceremony in 2018 as part of the 1888 Club project.

At 88 years old, Ashcroft was one of the oldest living Lions players to receive his cap, with the ceremony taking place 59 years after the Tour to Australia and New Zealand.

The event was held at the Waterloo Old Players and Supports lunch, where former England rugby league and rugby union international Ray French did the honours.