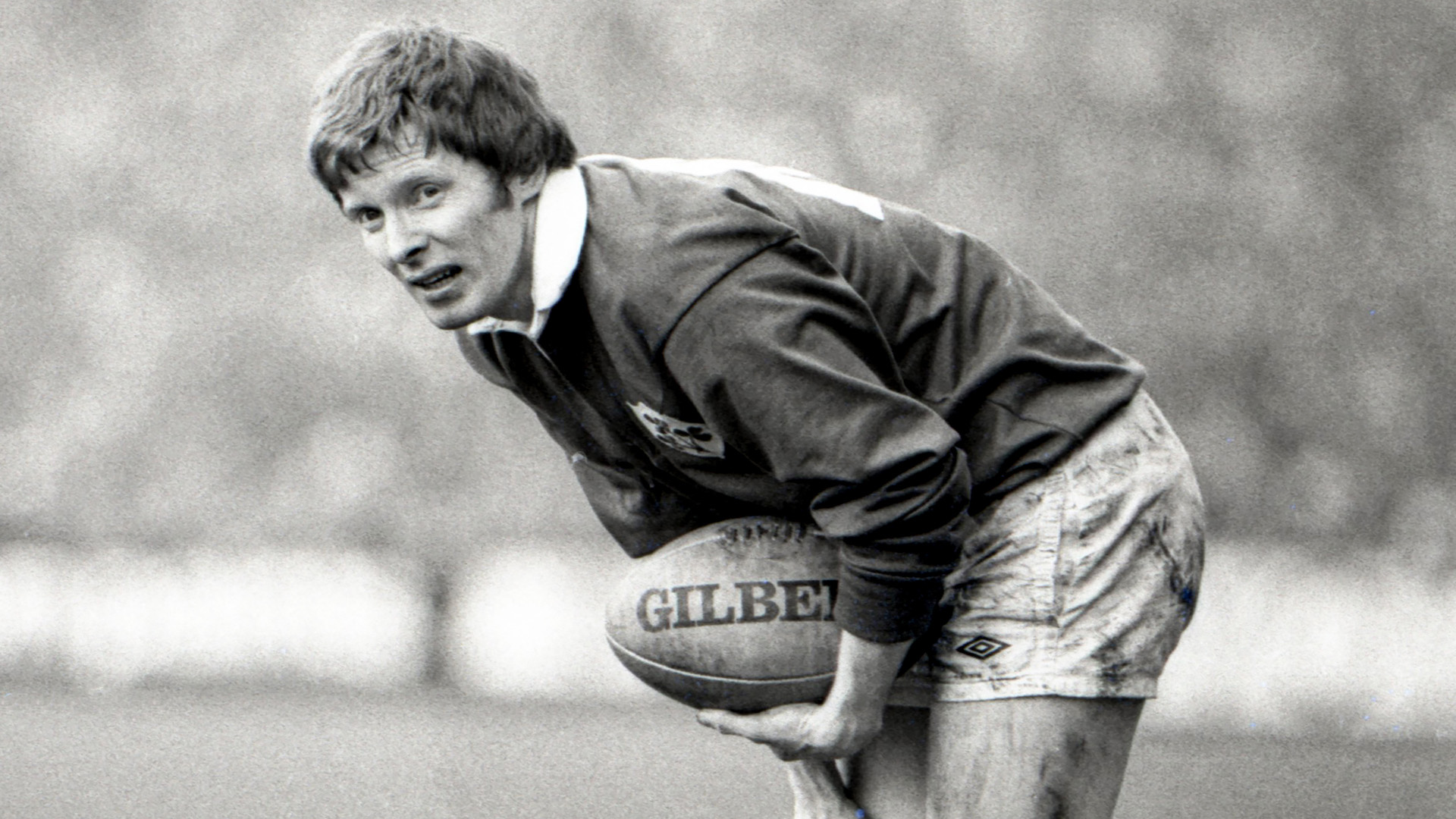 Hamstring problems hampered Campbell’s early appearances on the Tour of South Africa but he recovered in time to appear as a replacement during the second Test in Bloemfontein.

Campbell then went on start both the third and fourth Tests against the Springboks before wearing the No.10 shirt in all four internationals in New Zealand four years later.

He was the Lions’ leading points scorer in 1980 and finished his Lions career with 185 points to his name as he demonstrated his accuracy with the boot on both southern hemisphere Tours. 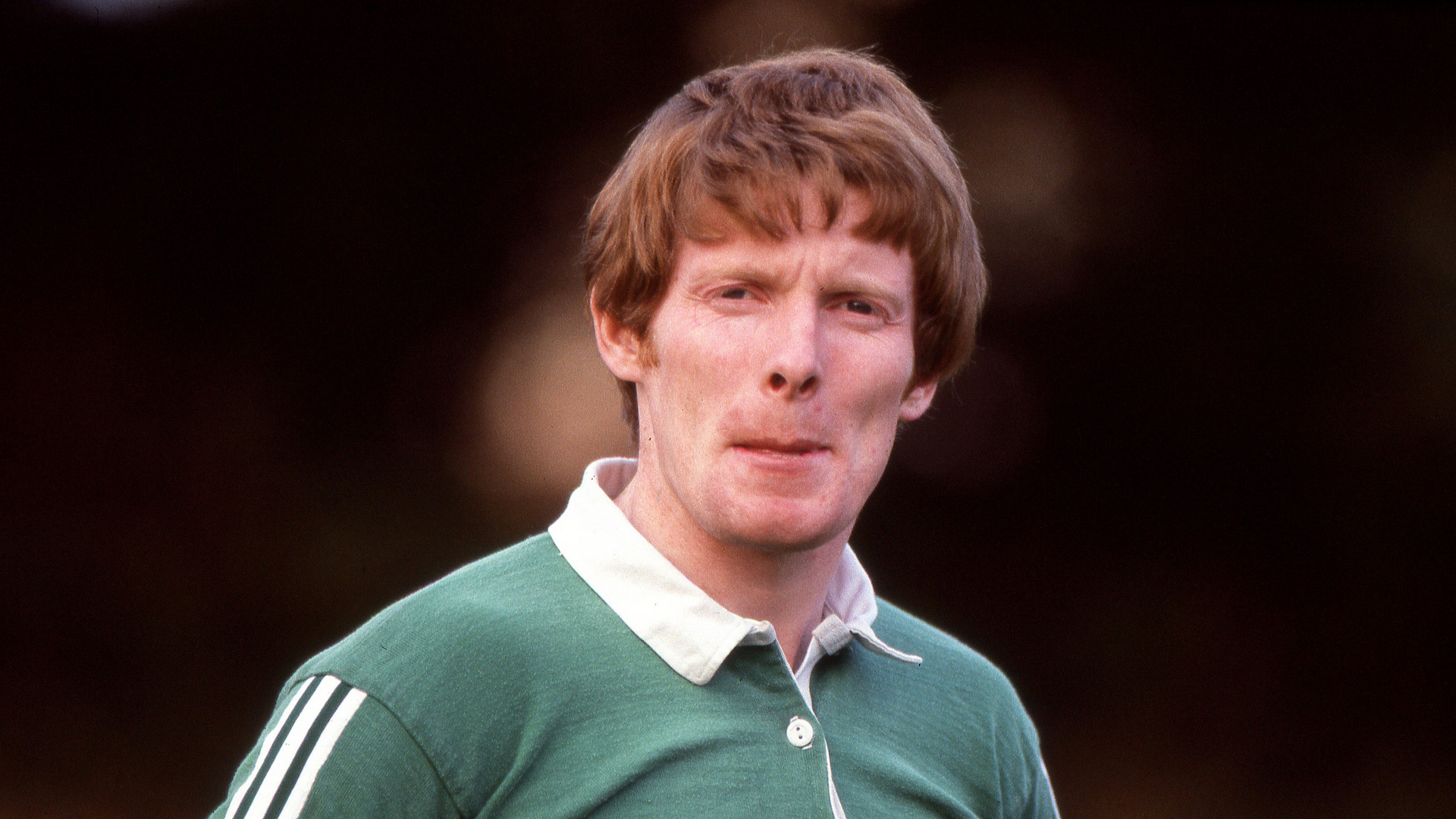 Unfortunately for Campbell, despite being first choice for the majority of the two tours in which he took part, the Lions lost both series’ and he only ever featured in one Test win for the Lions.

Even so, Campbell did enough to be named as one of the New Zealand Rugby Almanack’s five players of the year after a number of impressive performances on the 1983 Tour.

Campbell enjoyed more tangible team success in national colours as he guided Ireland to Triple Crown honours in 1982 (their first since 1948) and a share of the Five Nations crown a year later.

As well as kicking all Ireland’s 21 points in the match that secured that Triple Crown triumph, Campbell set an Irish record on their tour to Australia three years earlier when he scored 60 points.

A total of 19 of them arrived in a single Test in Brisbane which was then an Irish record for points in a match against the Wallabies.

Campbell’s battle with Tony Ward for ownership of the Irish No.10 jersey was one of the most-talked about subjects in the country and that dual also carried over into Lions territory when Ward was called up as a replacement during Campbell’s first Lions adventure.

Campbell retired from international rugby in 1984 and has since worked as a company director. 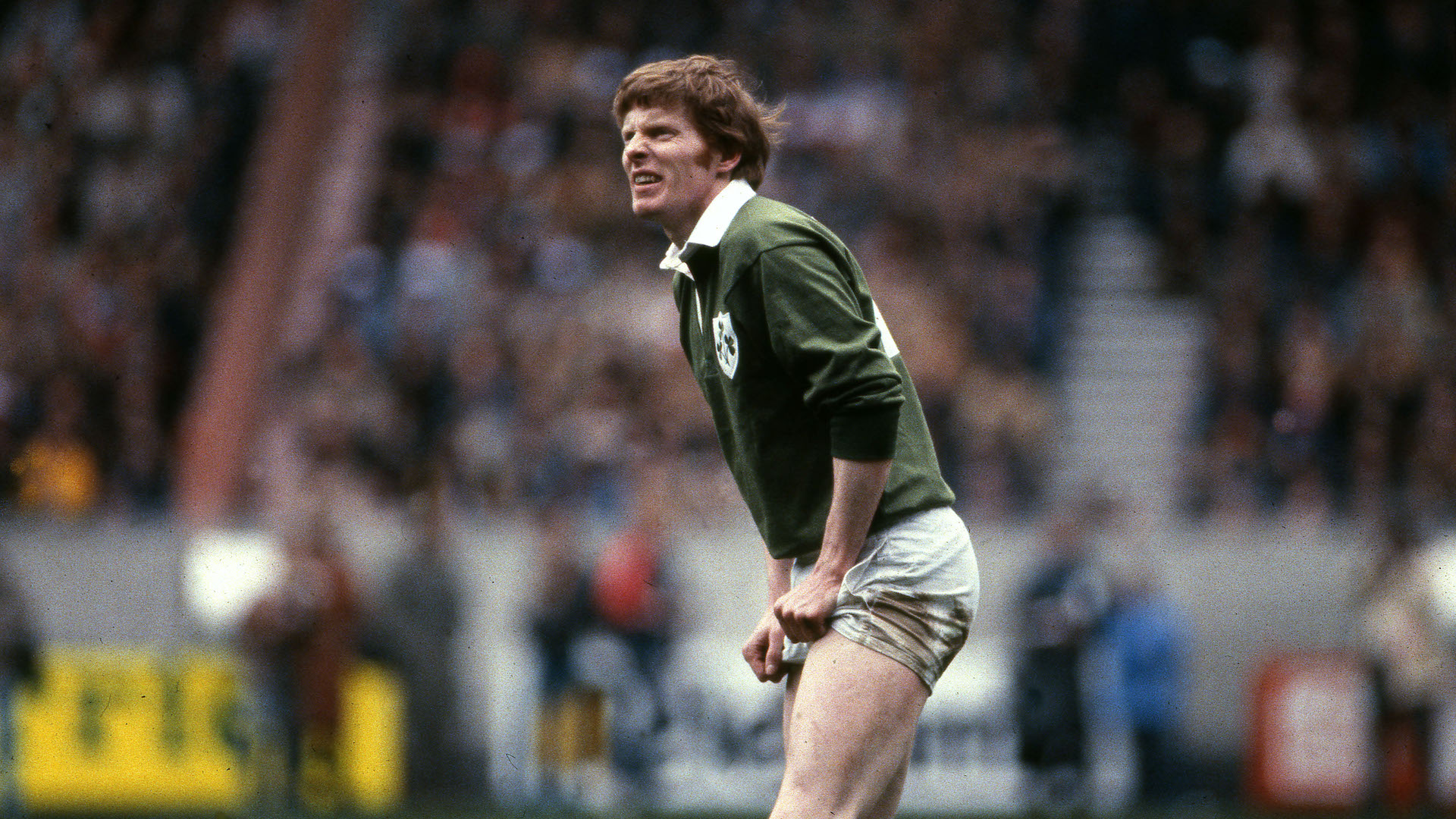 “You could say I’ve become a student of New Zealand rugby. I’d get second-hand books in Greene’s bookshop on Clare Street. I’d have read over a hundred by now. So you can imagine how magical it was to go there with the Lions, 20 years after you’d first seen them play.

“The night of our first game, in Wanganui, Colin Meads was there at the post-match function. Colin Meads. It was like, welcome to New Zealand. I had to ask him if it was true he used to train by running up and down the hill on his farm with a sheep under each arm. He said it was a myth, which was almost a shame. You didn’t want to shatter the illusion.”

“I discovered the All Blacks’ secret afterwards. Guys like Allan Hewson and Stu Wilson had worn plastic bags between their socks and boots, which was pretty clever. I reckoned I knew about bad conditions. I didn’t even wear a T-shirt under my Lions jersey.

“I’m telling you, Scott of the Antarctic wasn’t even close. Ten minutes of the match and your brain was almost going. None of us had ever played in conditions like it so to lose by just 15-8 was heroic.

“But it was the lowest point of the tour. No contest. As I lay in my hotel bed the following morning, my teeth were still chattering. And this pit in your stomach. You’ve lost the match, the series. There’s no way back.” 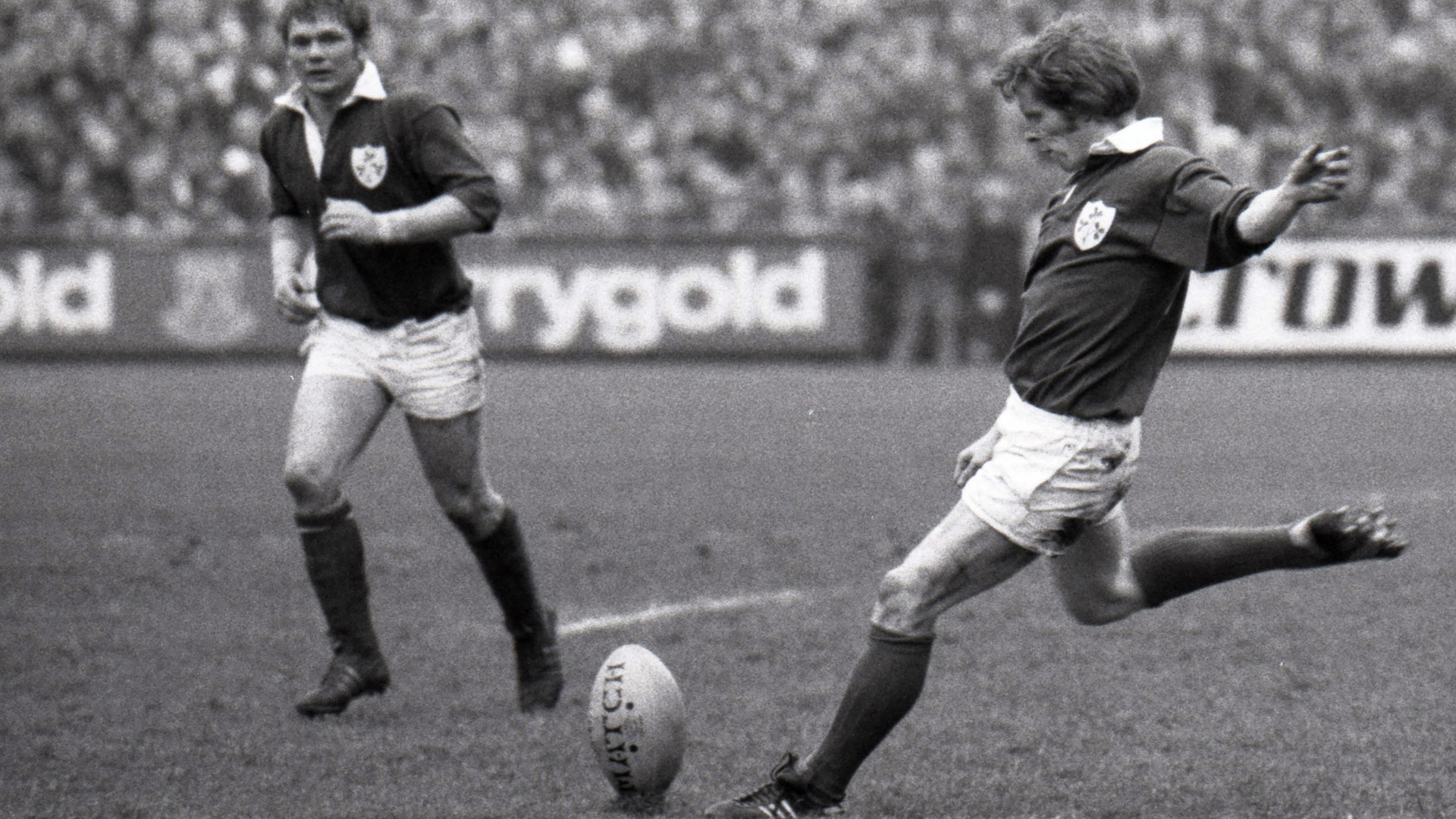 “Really, in the final Test, it’s not much of an exaggeration to say it was the last 15 men standing. I couldn’t train the week of the Test and I think I only lasted around 30-odd minutes.

“It was a bitter-sweet experience, certainly one of my most fulfilling but tinged with disappointment. To be one of only two teams who were whitewashed in New Zealand was difficult to swallow. You regret that we didn’t play any memorable rugby. Unlike the 1971 tourists, we left no legacy.

“At the same time, it was such an invigorating experience to play against New Zealand. You go through club, province, country, you win a Triple Crown, then the Lions – you think you’re at the pinnacle. Then you go to New Zealand. You come up against this wave after wave of attack. You’re thinking, ‘There is another level’”. 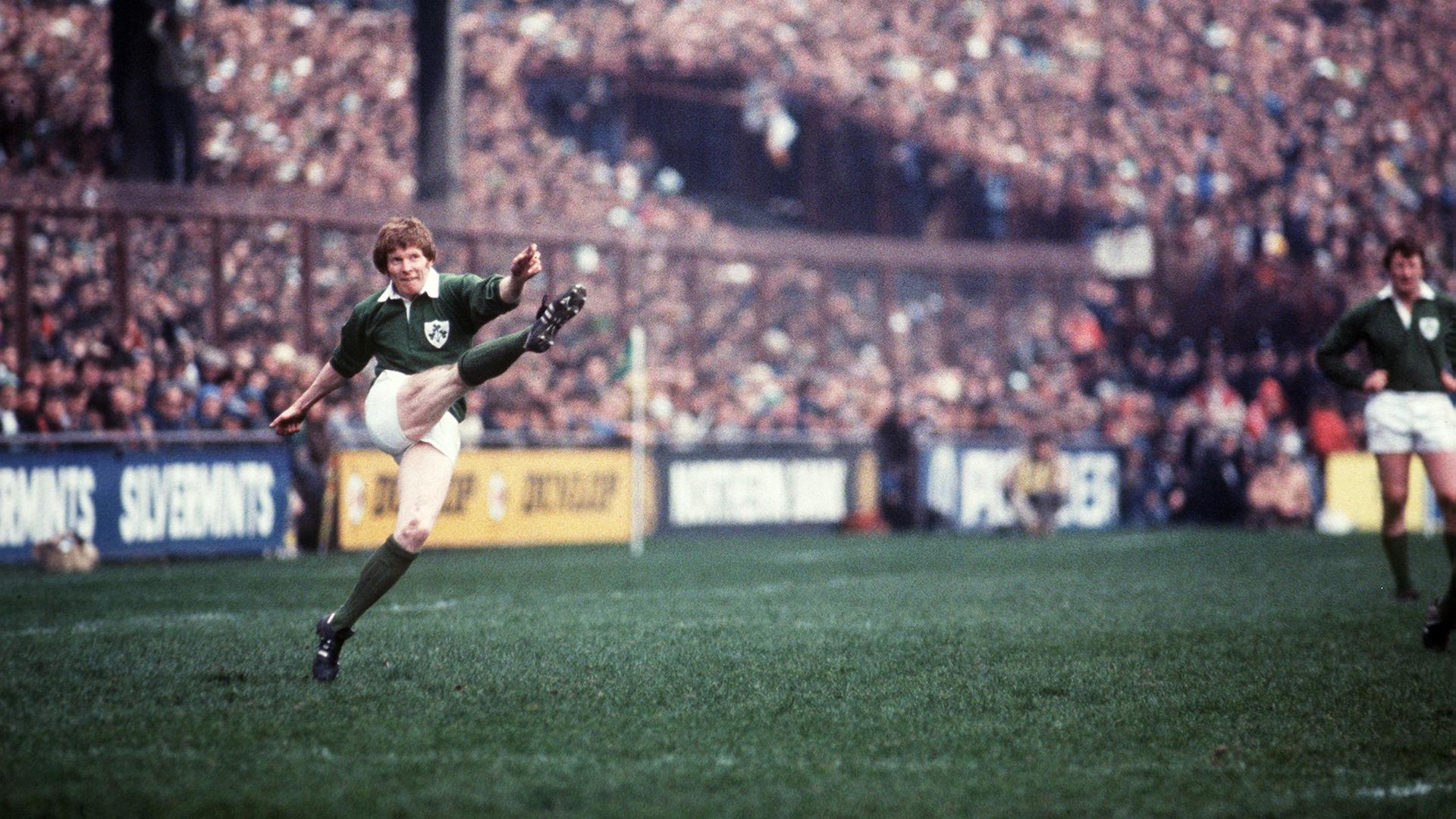 Campbell was highly regarded by team-mates and the media alike:

“Ollie Campbell was the greatest player I ever played with, in any position, bar none” – former Ireland team-mate Gerry McLoughlin.

“He was the one shining light in an otherwise mediocre back division. Time and again, he sparkled while others around him struggled; his play as a fly-half expanded to even higher dimensions. He controlled the planning of the Lions back line; he passed creatively; he ran with judgment and speed; he tackled like no other fly-half ever seen in New Zealand; and he totalled points in big numbers from his highly consistent goal-kicking” – New Zealand rugby correspondent Keith Quinn writing about the 1983 tour.

“Campbell, the thinking man’s player…in1983 he was an inspiration on a Lions tour without sparkle. On that harrowing circuit of New Zealand he ended up playing in the centre, outside John Rutherford, still inspirational and still prodding the back of his leg” – ex-Wales international and now journalist Eddie Butler, who named Campbell at No7 in his top 10 of the world’s greatest-ever fly-halves.