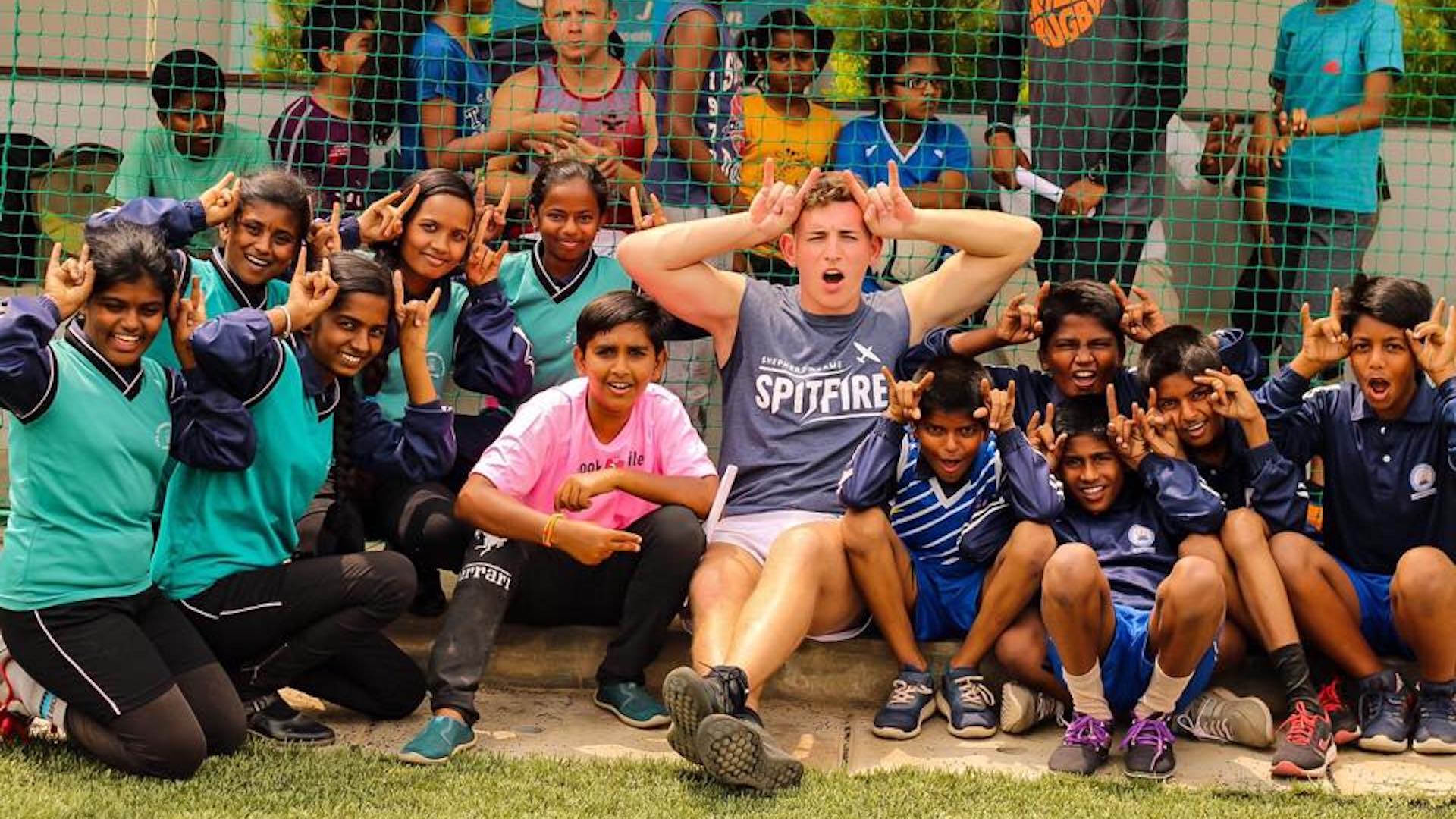 RAF Rugby Union are flying high after being recognised with the Lions Origin Canterbury Club of the Month award for their work introducing rugby to disadvantaged communities.

Every year, the RAF Rugby 7s Spitfires travel nearly 5,000 miles across the world to coach and play rugby in India as part of a Foreign & Commonwealth Office outreach programme.

Working with Indian charity Khelo Rugby for more than a decade, the team coaches hundreds of children from underprivileged backgrounds and helps spread the rugby gospel.

Squadron Leader Tim Barlow, director and head coach of the RAF Spitfires, has been involved with the Spitfires since their inception in 2007 and seen the impact of their work first-hand.

And he was delighted to learn the RAFRU had won the award for Club of the Month, which will see the Lions Origin Club receive a certificate, a training pack including balls, kicking tees, water bottles and bottle carriers, and a £250 Canterbury store voucher.

“To be given the title of Club of the Month is brilliant,” he said. “It’s a testament to Canterbury for organising that and sharing it around various different clubs over this difficult time. 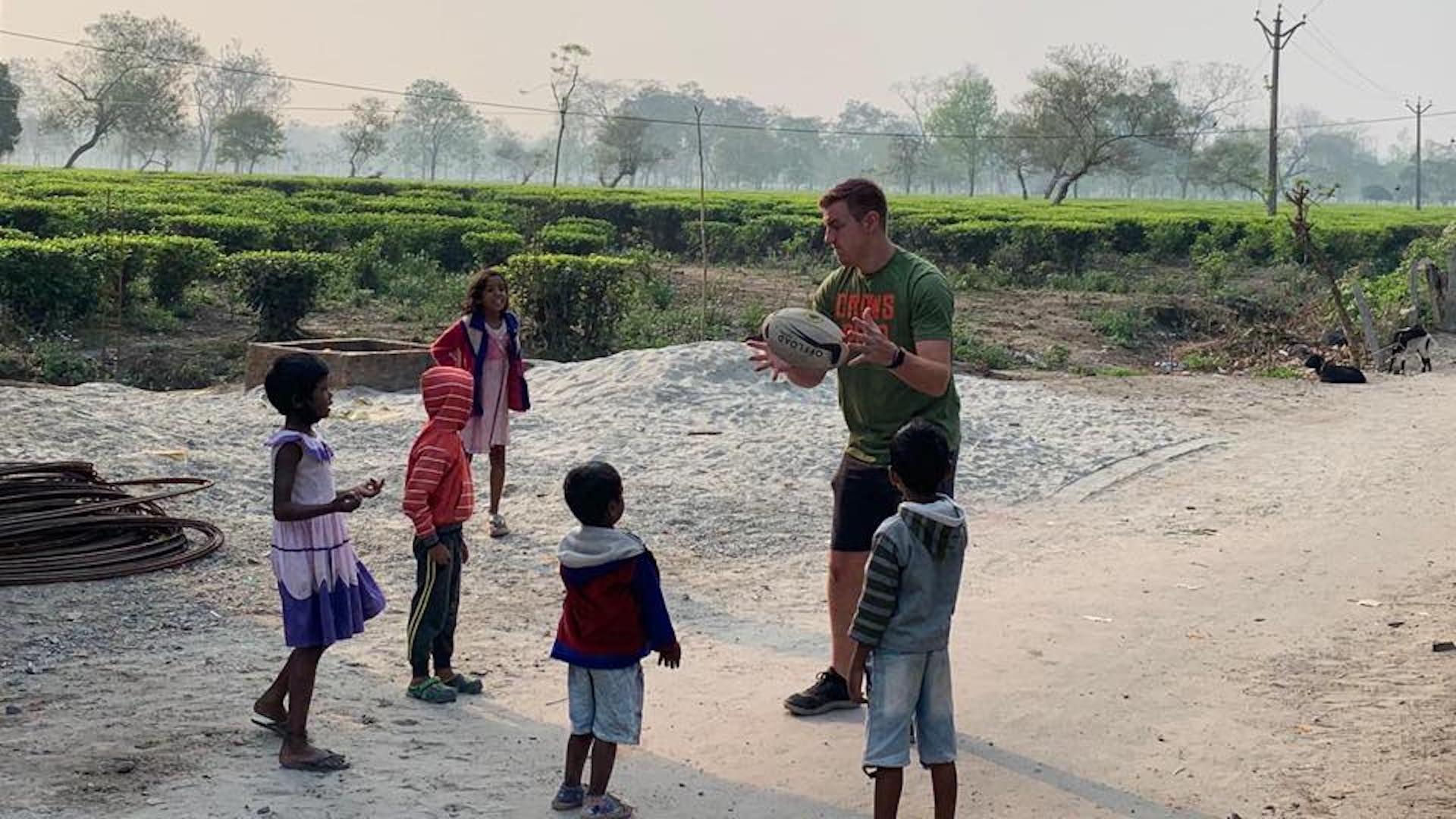 “It’s a great thing to do and a great initiative. For the RAF to be nominated and to win is brilliant and there’s a lot of hard work that goes on behind the scenes people don’t know about.

“It was just such an amazing experience for everyone involved, taking young officers out to a challenging environment where children are coming out of some really difficult situations.

“For instance, there was a community that lived in the big rubbish dump, a mountain of rubbish in the centre of Kolkata, and they’d scraped out a small area and made a pitch.

“We were able to help them with passing drills and things like that and for a young person in the military, it’s a great opportunity to work with those people and get the benefits yourself.

“That programme has grown and grown over the years and we have a fantastic relationship with Khelo Rugby and we go back roughly every year, we were back in March 2020.” 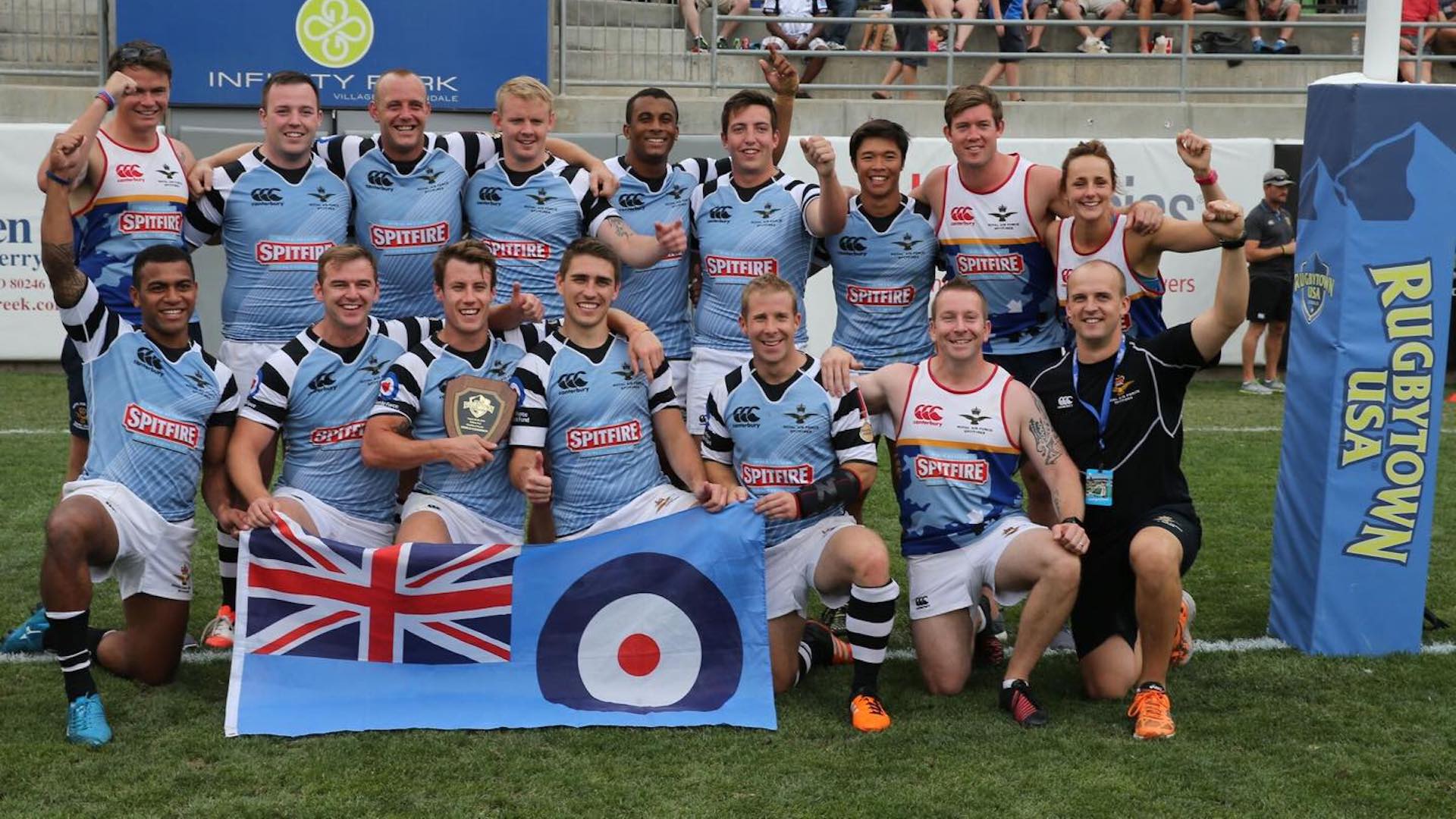 As well as showing that the rugby community is global through their charity work, the Spitfires also compete in tournaments such as last year’s Bangalore International Rugby 7s.

But it is the impact that the Spitfires have on the disadvantaged communities they visit, by encouraging development through sport, which leaves the biggest impression.

“We have gone with Khelo Rugby out into some very remote areas, one particular area is a small village called Samastipur, which is a tea plantation village,” Sqn Ldr Barlow continued.

“The traditional thing for the ladies and the young girls to do there when they are 13 or 14 is to pick the tea leaves and they get paid a dollar a day for collecting various bags of tea leaves.

“It’s not a great deal, so Khelo Rugby introduced tag rugby to the community and they absolutely grasped it, the girls in particular have become coaches in the community.

Congratulations to @RAFRugbyUnion who have been named Lions Origin Club of the Month, in association with @canterburyNZ 🦁

Working with Indian charity @KheloRugby for more than a decade, the team is helping spread the rugby gospel.

A perfect announcement for #FeelGoodFriday 🙌 pic.twitter.com/DJtHqavMwX

“Six of them have gone on to represent India ladies’ sevens team and they have gone on to get education, some in Kolkata, some abroad, so that marked change of the charity being there and us supporting that has seen some profound effects.

“It’s really rewarding to be involved in that and I must take my hat off to Canterbury as they support us with the kits, not just us with the kits we wear but they give us kits to give to the kids as well.”

Founded by William Wavell Wakefield in January 1919, the RAFRU have enjoyed a long history of producing players who have gone on to become British & Irish Lions tourists.

The likes of Alan Ashcroft, Charles and George Beamish, and Roy Kinnear have all donned the famous red jersey along with the RAFRU’s most recent tourist, Rory Underwood.

And RAF Rugby coach and Warrant Officer Paul Shanks said the link with the Lions is one that everyone at the Royal Air Force remains immensely proud of to this day. 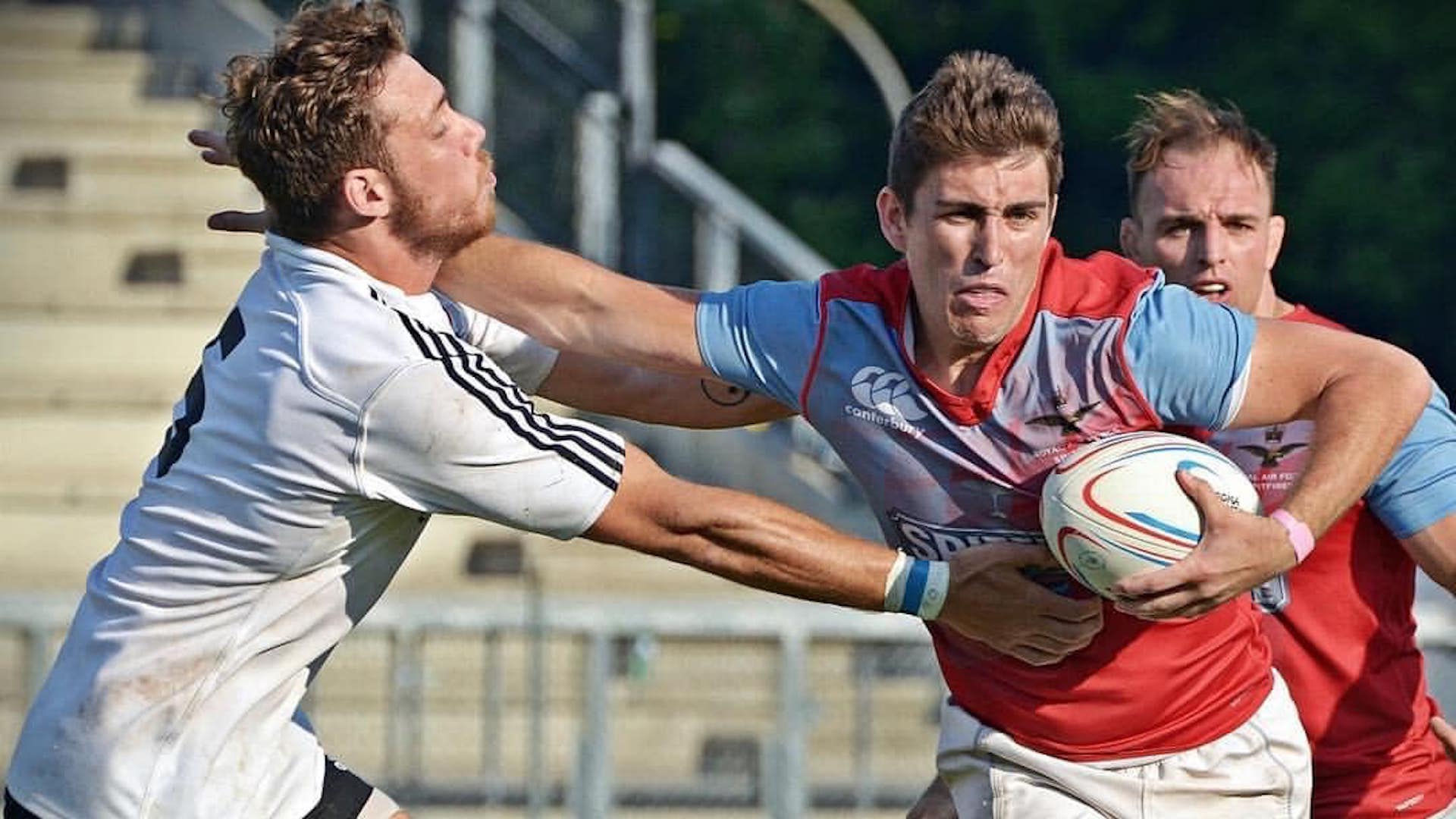 “Our understanding is that there have been 28 players who have either during, before or after their service with the Royal Air Force represented the Lions in some way or form,” he said.

“The first one we believe is Louis Greig, Lion #103, who went on the 1903 Tour to South Africa, going all the way fast forward to the most recent representative Rory Underwood, Lion #610.

“We’re very proud of and it’s something I have certainly focused on when I’ve been coaching some of the development sides just to give them an appreciation of the links we have with Lions players.

“I think the more research we did, we were actually surprised how many Lions had been before, during or after their service linked with the Lions. It’s the pinnacle of Northern Hemisphere rugby.

“To be selected for the Lions, to go on those Tours, the legendary Tours such as the 1974 Tour, where does the list stop? You can say the RAF has had Lions and we’re very proud of that.”

A former Royal Air Force pilot, England’s all-time leading international try scorer Underwood toured with the Lions in 1989 and 1993 and played in all six Tests against Australia and New Zealand.

Since hanging up his boots, Underwood has remained a passionate supporter of the RAFRU and was over the moon to discover they had been named Lions Origin Canterbury Club of the Month. 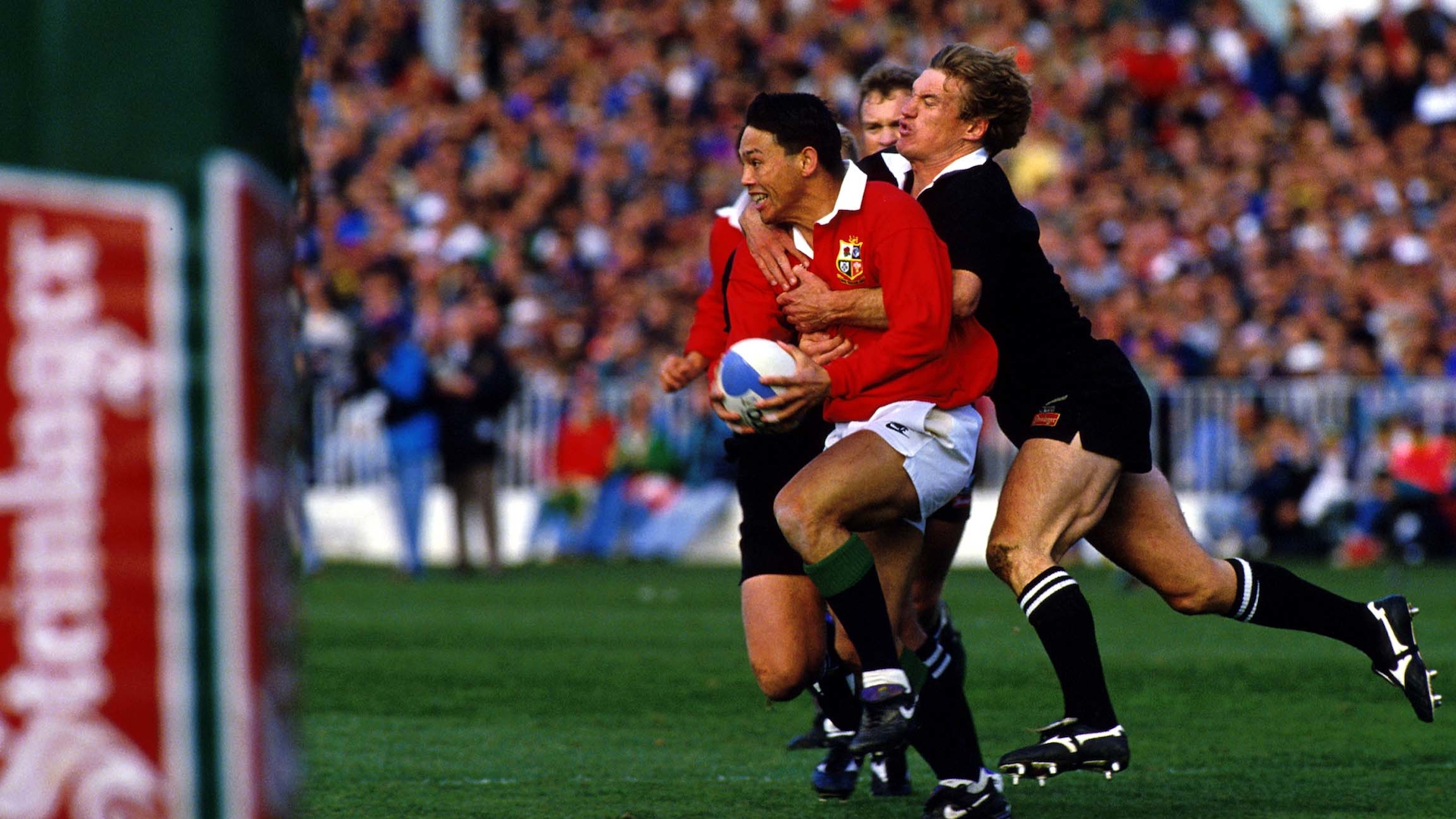 “I loved playing with the Royal Air Force, I played in the 80s into the 90s roughly the same as my rugby career and we’re the junior service, we’re the smaller service,” he said.

“Despite all the sort of challenges we had with being a smaller service, we fought above our weight and we won the Inter-Services quite a few times during that period, so we were very successful.”

He added: “It’s fantastic that they have won the award for Community Club of the Month and contribution to the wider world of rugby, and not just what is perceived as the elite.

“It’s fantastic to see and when you hear about Tim and what the Spitfires do, all the parts of the game of the Royal Air Force, and their outreach to where they are trying to go – both from a charity as well as spreading the word of rugby – it’s great to see.

“I know it’s been going on a long time and it’s fantastic they’ve been recognised.”