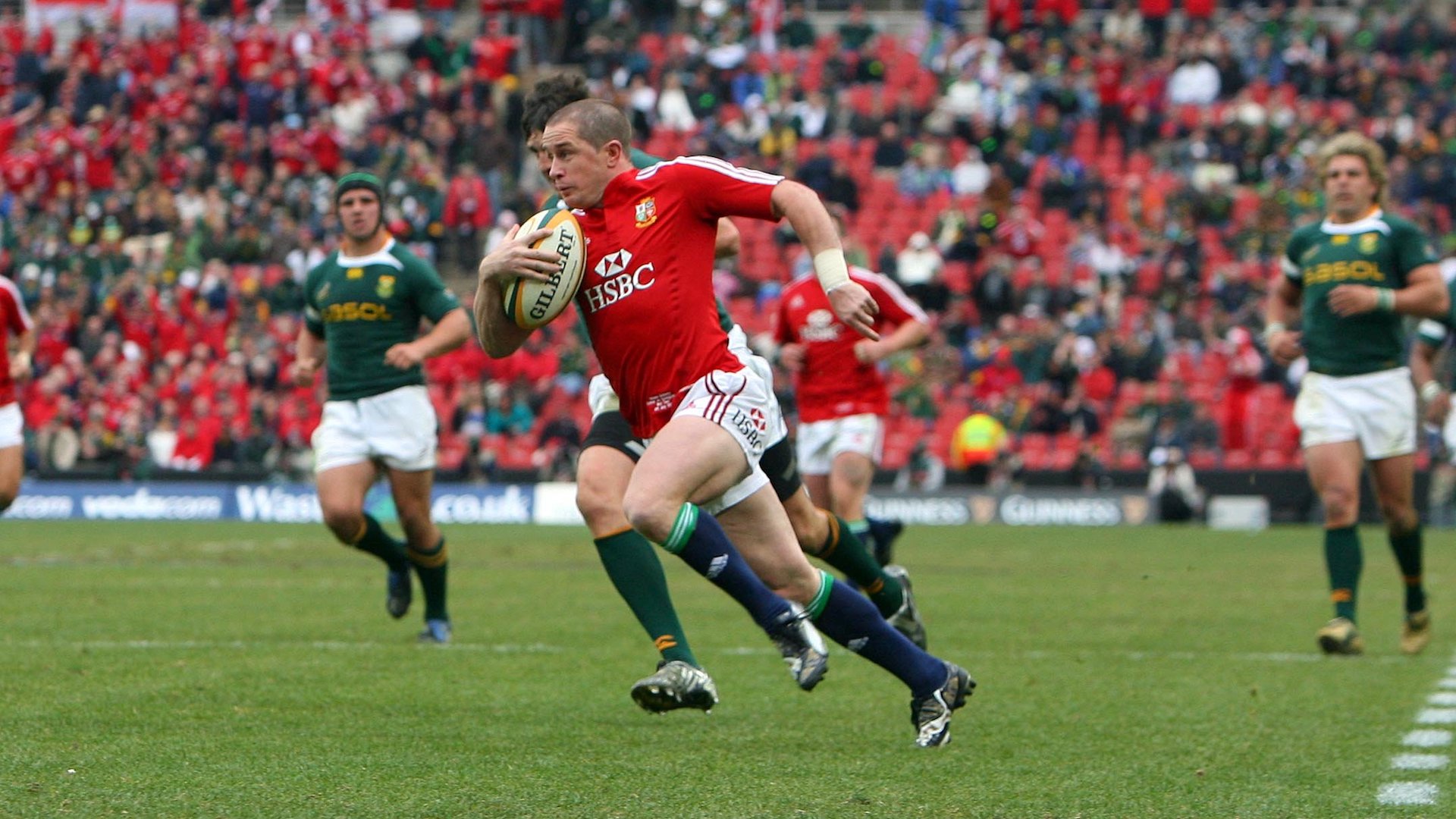 Shane Williams experienced it all as a British & Irish Lions player across three Tours as his determination to succeed in the famous red jersey was repeatedly tested.

His journey with the Lions began in 2005 with the Tour to New Zealand after making his Test debut in front of a home crowd in the one-off warm-up match against Argentina in Cardiff.

The Welsh Wizard went on to equal the single-game Lions record by scoring five tries in a Tour match against Manawatu, but the trip ended in a 3-0 series defeat to the All Blacks.

Named World Rugby Player of the Year in 2008, Williams was on the crest of a wave when he was selected again for the Lions as the tourists locked horns with the mighty Springboks.

But the script didn’t quite go to plan for Williams, who missed out on a starting place in the first two Tests after struggling to rediscover his form for Wales at the start of the Tour.

Williams refused to give up, though, and scored twice during a man-of-the-match display in the final Test as the Lions bounced back from losing the series with a memorable win.

By the time the 2013 Tour came around, Williams was in the twilight of his career before receiving a call out of the blue to play a Tour match against the ACT Brumbies in Australia.

Already on his way Down Under to commentate on the Test series, Williams jumped at the chance to don the Lions jersey one last time in what was his 14th appearance for the tourists.

And now, in his own words, the legendary Wales winger and Lion #728 reflects on his memories from his almost decade-long relationship with the Lions.

“I was massively honoured and I really wanted to play in that game. When you get selected in the squad that’s all you want to do is play and the first game was Argentina. 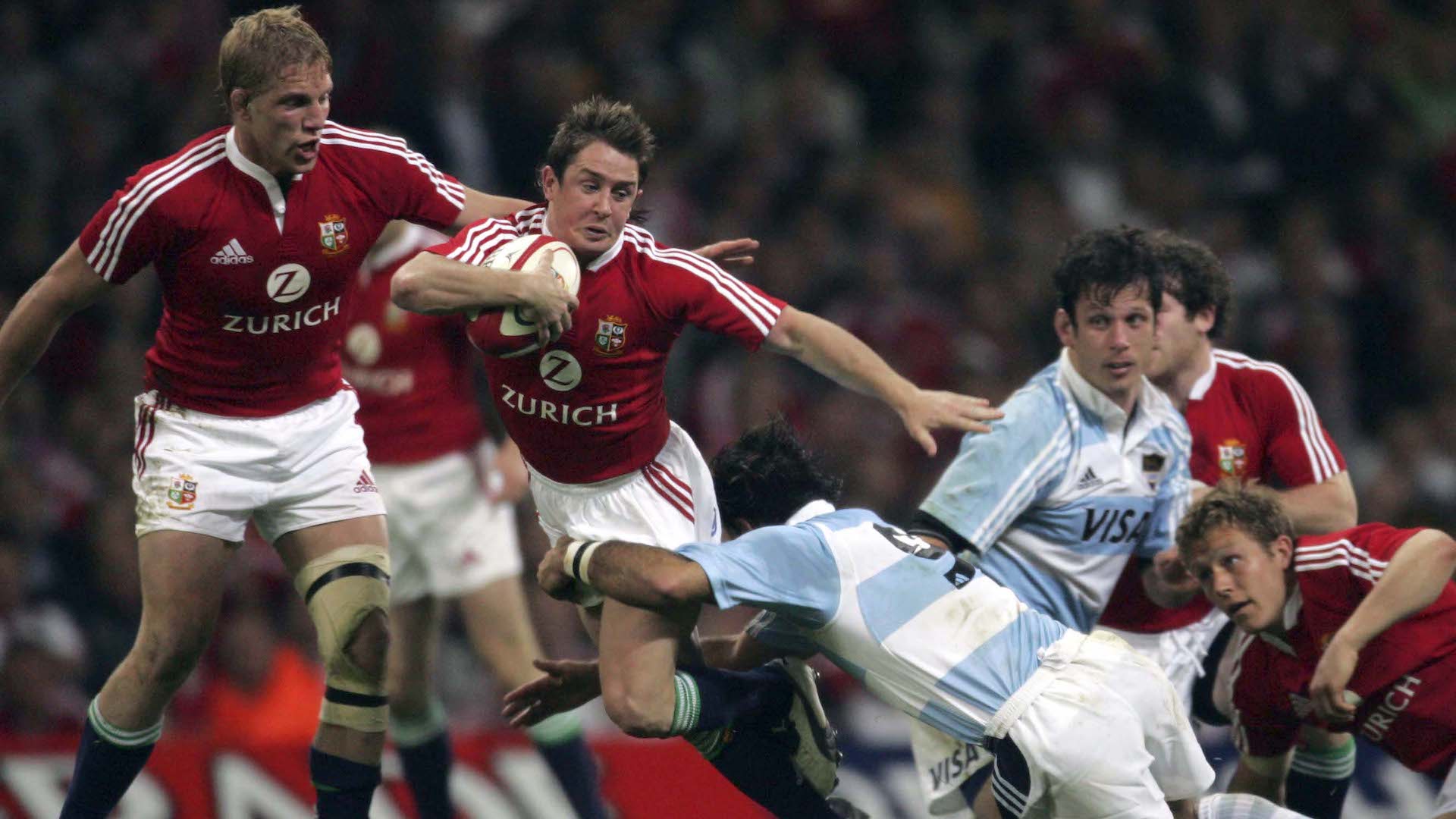 “It was put together so quickly it was almost like a Barbarians-style, let’s just get a team together and play some rugby, we don’t really know which way we’re going to play, the game plan.

“Those games are always disjointed and obviously it was a draw in the end which almost took a shine off it a little bit but I didn’t care as I had a Lions cap, I had a taste of what it’s all about.

“You know the history that comes with it, you know the tradition and for me you know players that have worn that jersey before you, Jason Robinson, Gerald Davies, JJ Williams, Ieuan Evans.

“These guys are my heroes and I’m thinking this is something different, this is a legacy I’m becoming part of – these were superheroes who I’d grown up wanting to be.

“It elevates you again really as a player and you put that jersey on and you do think you can run through brick walls – you find out quickly you can’t – but it felt like that during some games.

“The Manawatu game was a great one for me, we were coming towards the Tests and to get in the team you have to perform well in the midweek matches and everyone knew that.

“It was a great and I felt I was playing good enough rugby to make the Test team. I missed out on the first Test which was frustrating but I probably didn’t play enough rugby.

“Then I did enough to be selected in the second Test and I’m immensely proud of that as I could have given up the ghost and carried on the Tour as a very expensive water boy. 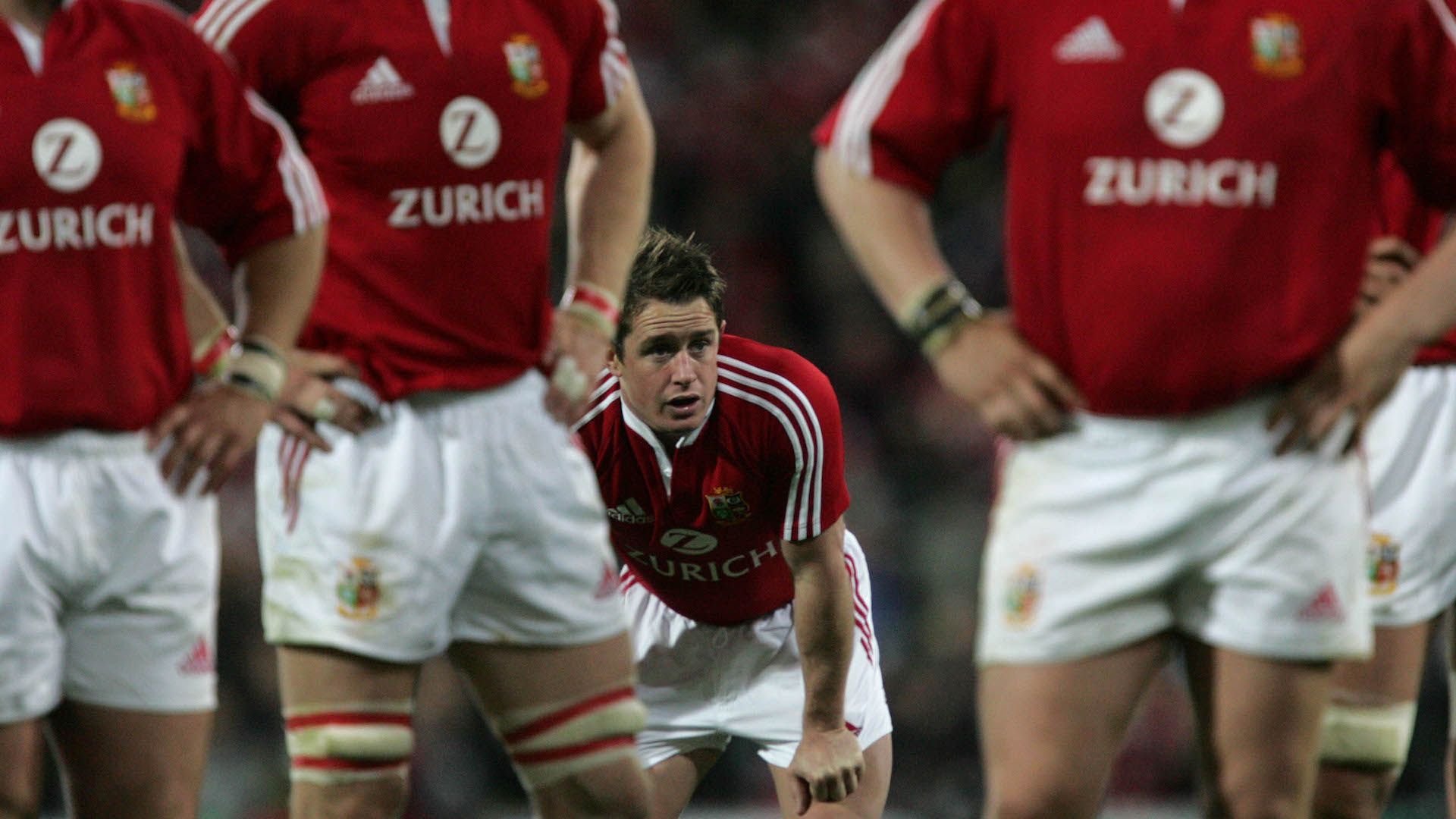 “But I played in the second Test and it was tough, probably the hardest ever game I played in. We were well beaten by a very good All Blacks side that played very cleverly.

“Dan Carter had his special boots on that night as well, probably his best game for New Zealand, and did the business but it was still an honour to be there on the field with him.”

“It was bizarre really as I was playing rugby in Japan, it was my first season out there and the intensity, the physicality, the standard of rugby isn’t as high as international rugby.

“I was still pretty fit out there, I was still doing a job and enjoying my rugby. Of course, the Lions Tour was coming round and I’d been invited to work for TalkSport and a few other things.

“I was in Haneda Airport on the way from Japan and I had a phone call at 11.30pm at night from Rob Howley and he said, ‘Shane, how you feeling?” and I said, ‘Yeah good’.

“I told him I was just on my way out to Australia and he said ‘Yeah, yeah I know, you couldn’t do us a favour could you? You couldn’t put your boots on again and play against the Brumbies?’ 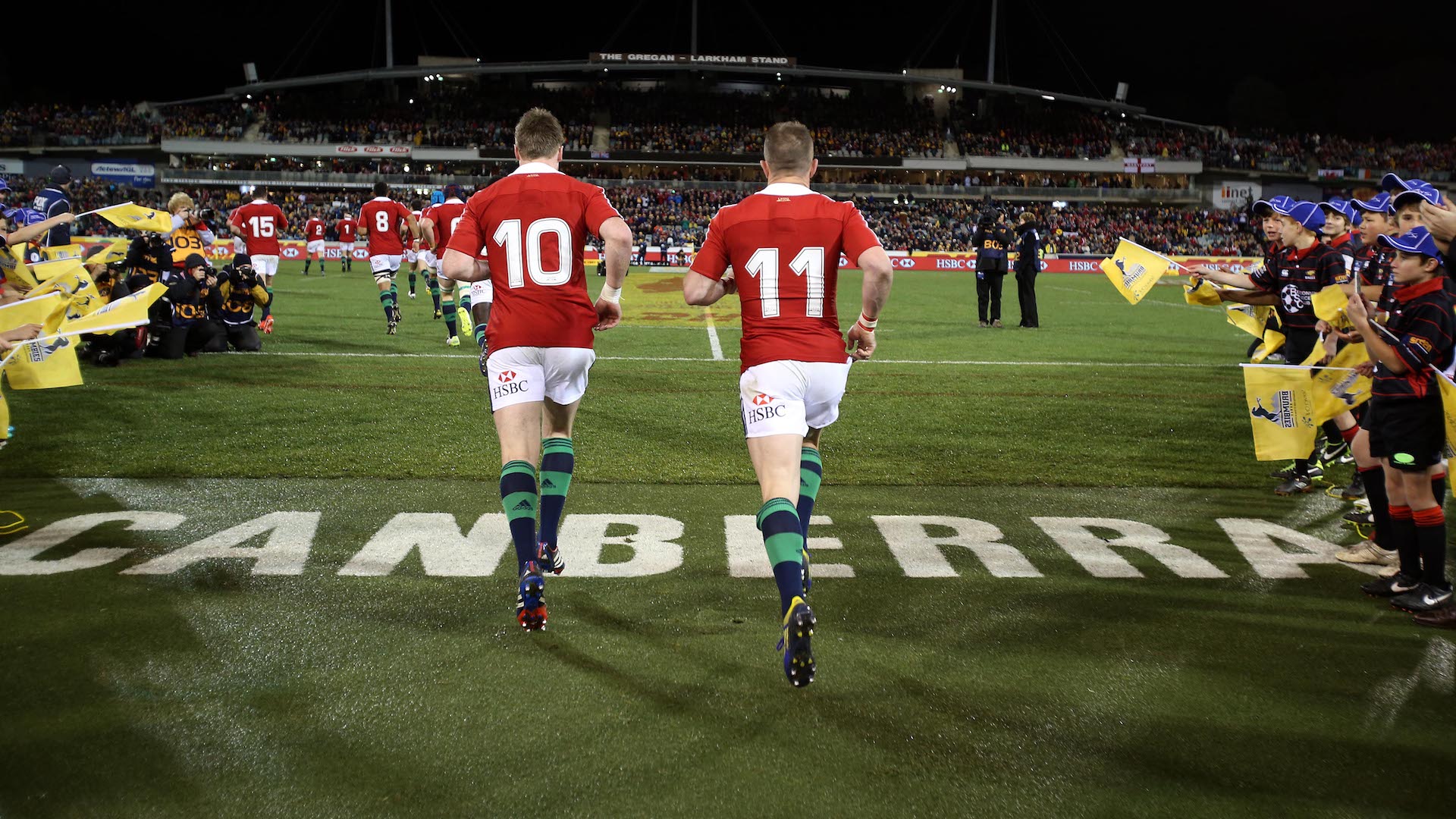 “I said, ‘Yeah, sure Rob’ half asleep. I put the phone down, went to sleep, woke up in the morning in cold sweats and thought, ‘Did I dream that or did I really speak to Rob Howley last night?”

“I phoned him straight back and he said they’d had a lot of injuries, did I fancy it? And I said, ‘Of course I do, I’m on my way’. It was a very exciting flight over from Japan to Australia.

“I got off the plane and into the Lions van and I remember the first thing I said was, ‘Guys, I have no boots, no gum shield, I’ve got nothing mind’ and they said don’t worry we’ll sort it out.

“They got me a makeshift gum shield ready, went and got me a pair of boots, got me ready for the game and literally we turned up at training, said a couple of hellos and got changed.

“We were playing ACT Brumbies who were probably one of the best teams in Australia at the time and they kind of ushered me onto the field and away I went – it was great.

Williams: Lions have ‘unfinished business’ with the Springboks

“I loved every second of it but it was hard, the intensity was a lot more than I was used to for a while, the physicality was tough and I was playing against Henry Speight.

“He’s a big man who I had to defend every five minutes because he was busy but I loved it, I loved that it was a full crowd and I almost had to look down and realise I had the Lions jersey on again.

“I was like, ‘God, I didn’t think I’d see you again’, but I loved every minute of it despite the fact that we lost the game, which never helps, but after the game Gats [Warren Gatland] and Howley came up and said, ‘We really appreciate you doing this, you didn’t have to do this’. 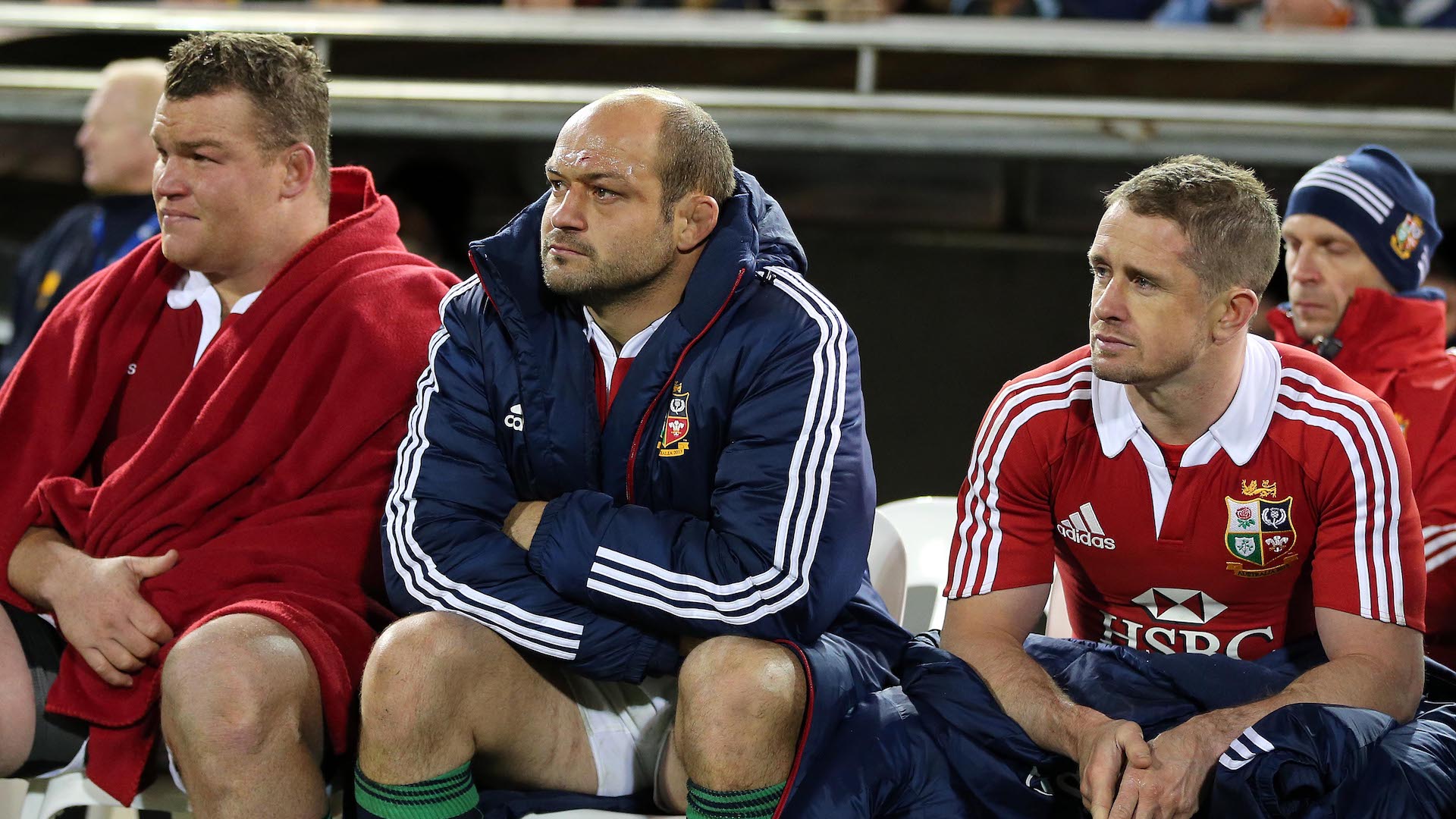 “I said, ‘Look, any excuse to put that shirt back on again, I hope I’ve done you proud but I’ve got some media work to do now and a couple of other things, so I’ll see you later’.

“And that was it, there was a handshake a little hug and I was off on my way. I don’t know what would have happened if I’d scored a hat-trick, but that was my last Lions experience.”

“I was still playing well enough and I got on that Tour and probably because of the ’05 factor, that it didn’t go too well, I wanted ’09 to go well and I was pushing things and I made a lot of mistakes.

“Competition was really tough and when you look at the likes of Tommy Bowe, who was playing really well, guys like Ugo Monye playing well for club and country. 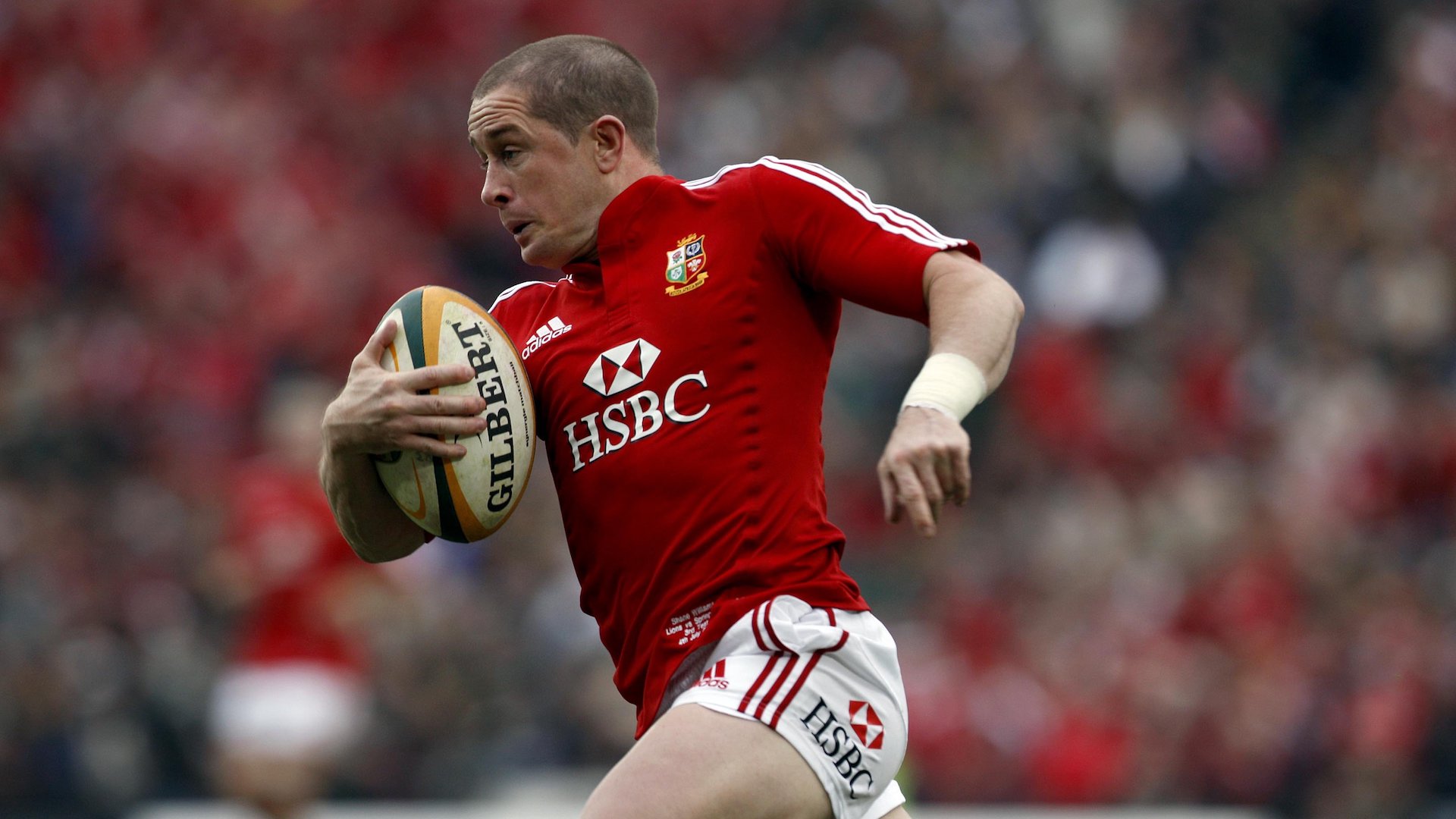 “I felt like I was under pressure all the time to perform and the start of the Tour went really slow for me, I struggled to get in games and made a couple of mistakes.

“I was getting played a lot because Rob Howley was like, ‘Look Shane, you’re forcing it and we just want you to relax and play like ’08’, and as the Tour went on I started not to force things.

“I took a lot of pressure off myself and by the time we got to the first Test I thought I might be in for a shout for this Test now as I was playing okay but I didn’t get in and I was so frustrated.

“I thought, ‘Shane this is your own fault, now there’s another two Tests to go, you have to fight your way back into this’, and that’s what I did. Training went well and I took the pressure off myself.

“I was competing with the boys in training, it was going really well and I made sure my attitude was healthy and I was having a real go and I was put into the squad for the second Test.

“It was great but I needed time on the pitch and I think I played about four or five minutes and we lost at the death so that was a kick in the teeth for sure and very, very frustrating.

“I wanted to play in that third Test and prove a point, not to anyone else but myself. Lucky for me I went out with the right attitude, I was prepared to win that game whatever it took. 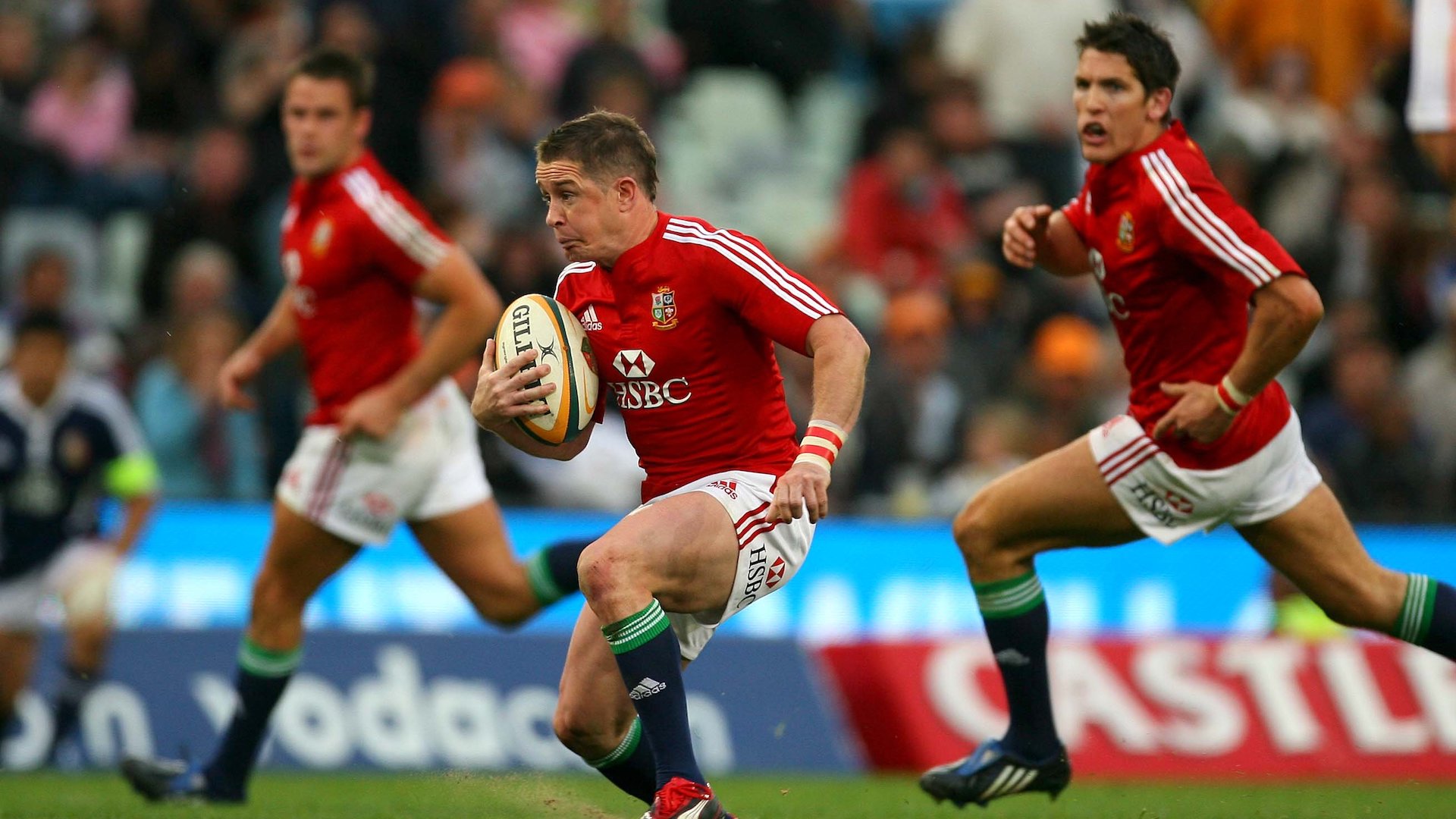 “I was prepared to get involved heavily and do whatever it took to win that match and I did. I was heavily involved in plays, I touched the ball a lot, I was hungry, defensively I did good.

“I was rewarded with two tries and a man of the match performance in the third Test so of course that was my favourite ever game in a Lions jersey and I still look back fondly on ’09.

“Despite the fact I didn’t play in the first Test, I didn’t play well at the start of the Tour, I loved every second of it because of what it stood for really and still have fond memories of that third Test.

“I still think it’s the one that got away but that’s life and that’s rugby and you wouldn’t change it and I’m very honoured that I did play in that third Test and showed the attitude of a British & Irish Lions rugby player and kept playing to the end – I’m proud of that.”