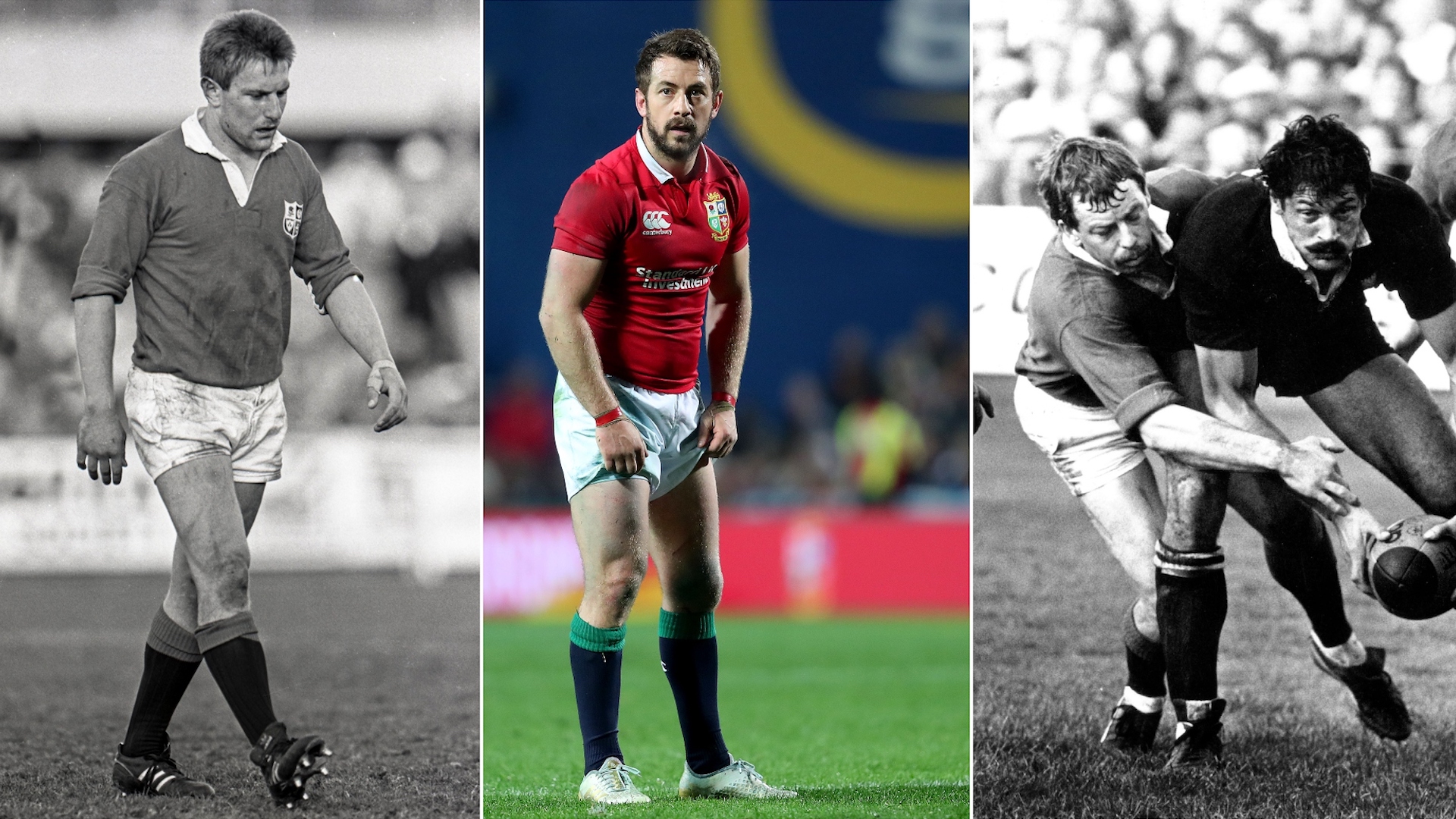 For a Lions Origin Club located in a town with a population of around 4,000 people, Jed-Forest Rugby Club have more than punched above their weight over the years.

Not one, not two but three British & Irish Lions tourists have come through the club before going on to wear the famous red jersey – and what’s more, they all played scrum-half.

Roy Laidlaw became Jed-Forest’s first Lion on the 1983 Tour to New Zealand, playing in 13 of the 18 matches overall including all four Tests of the series defeat to the All Blacks.

He was followed by Gary Armstrong six years later on the 1989 Tour to Australia before Greig Laidlaw – Roy’s nephew – etched his name into Lions’ folklore on the 2017 Tour. 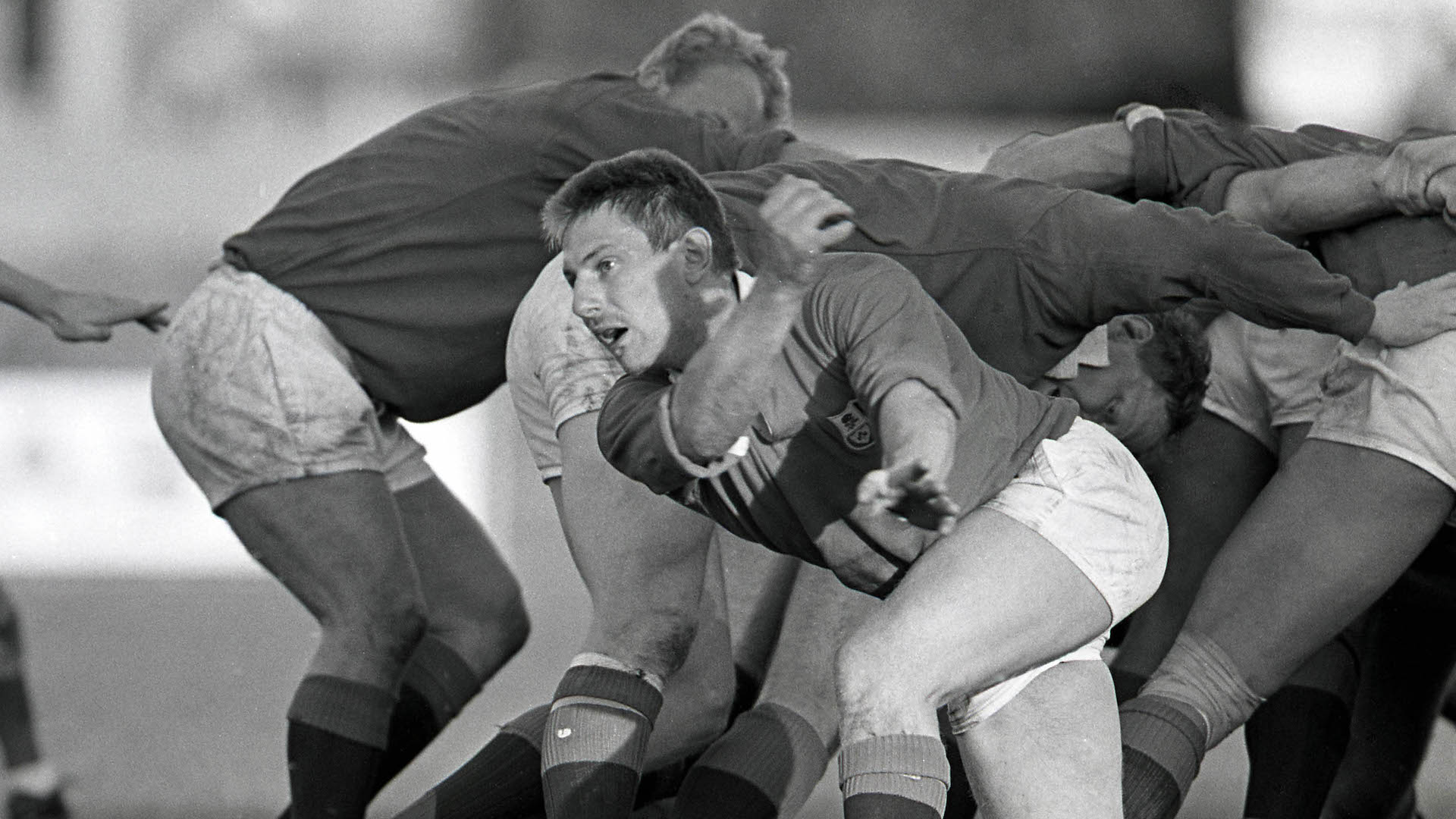 It’s an impressive success rate for a place the size of Jedburgh, a town and former royal burgh in the Scottish Borders, where the club was born into existence 136 years ago.

But as one of the world’s oldest and most famous rugby clubs, the connection to the Lions is just one of many reasons Jed-Forest plays such a vital role in the local community.

“The club is very special to everybody’s hearts,” said president Paul Cranston. “What makes Jed-Forest special is, I would say, the community. We’re only 4,000 people in the town.

“We only run two senior clubs, our mini section has grown and we’re almost up to 90-100 kids now which has come on immensely in the last two, three years.

“You can’t walk down the street in Jed without talking to somebody about rugby, it’s in the blood. 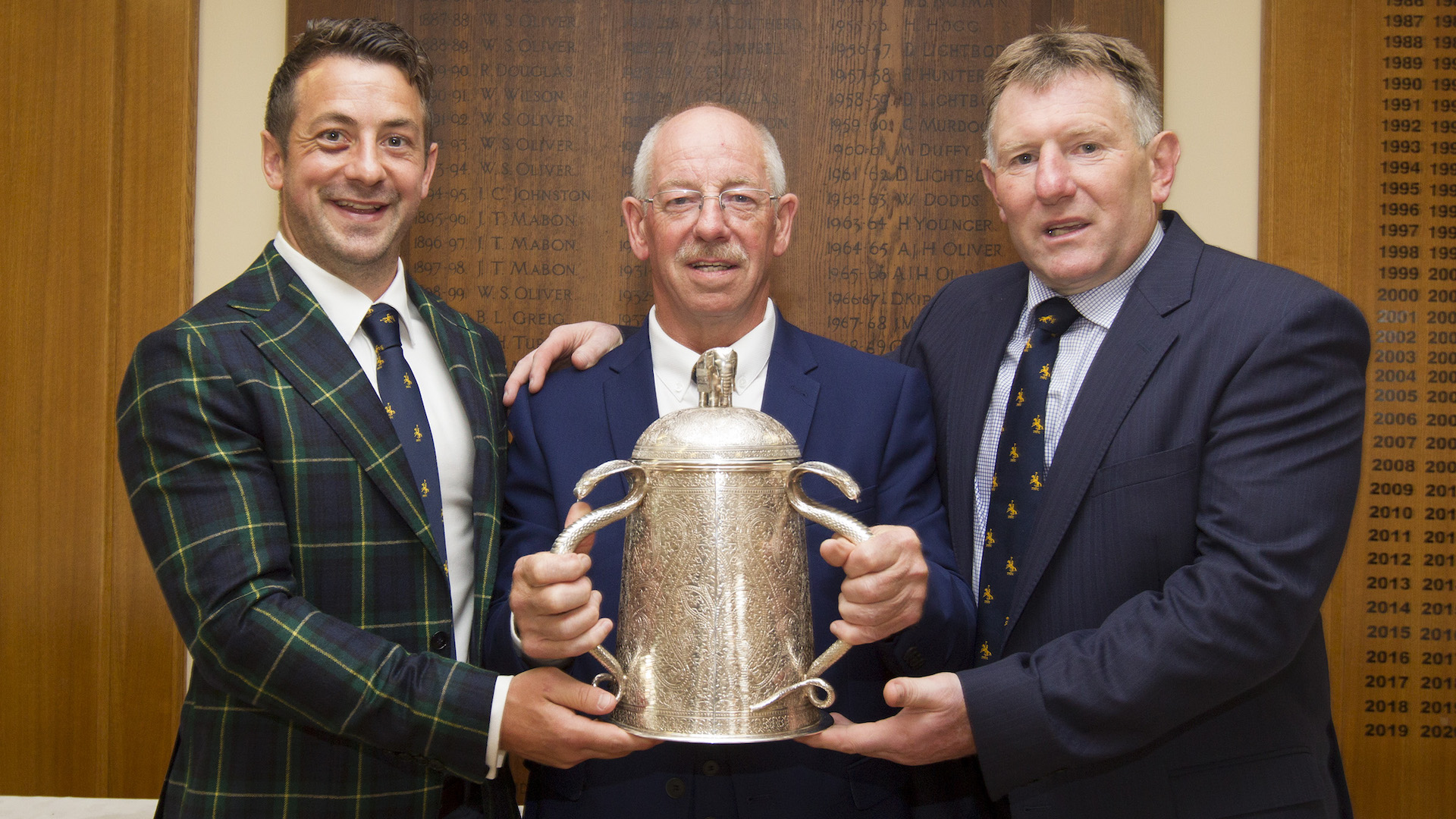 “To be a link to the British & Irish Lions, it all became a lot more special in 2017 when Greig was picked for the Lions. Roy [Laidlaw] has played four Tests in the ’83 Tour.

“Gary [Armstrong] played in the ’89 Tour and then to have three scrum-halves play for Scotland, all captain their national side, then all become Lions was extra special.

“All these lads have been part of this club for a good number of years and they’re all Jed lads. They’ve got a lot of time for the club and at the end of the day this is where they started.

“This is where they learnt to play rugby and they’ll never forget that.”

Currently playing in the Scottish Premiership and the Border League – the oldest established rugby union league in the world – Jed-Forest have also enjoyed plenty of success on the field.

Jed-Forest were Scottish National League Division One champions in 1987/88 and 2011/12 and former president Jim Thompson believes such success is a testament to their approach.

“Jed-Forest Rugby Club were formed officially in 1884/85 and will have been in existence among the top 20 clubs in the country for 130-odd years,” said Thompson.

“For those that don’t know Jedburgh, in national terms it’s a village of around 4,000 people and their achievements in rugby have been outstanding over all that time. 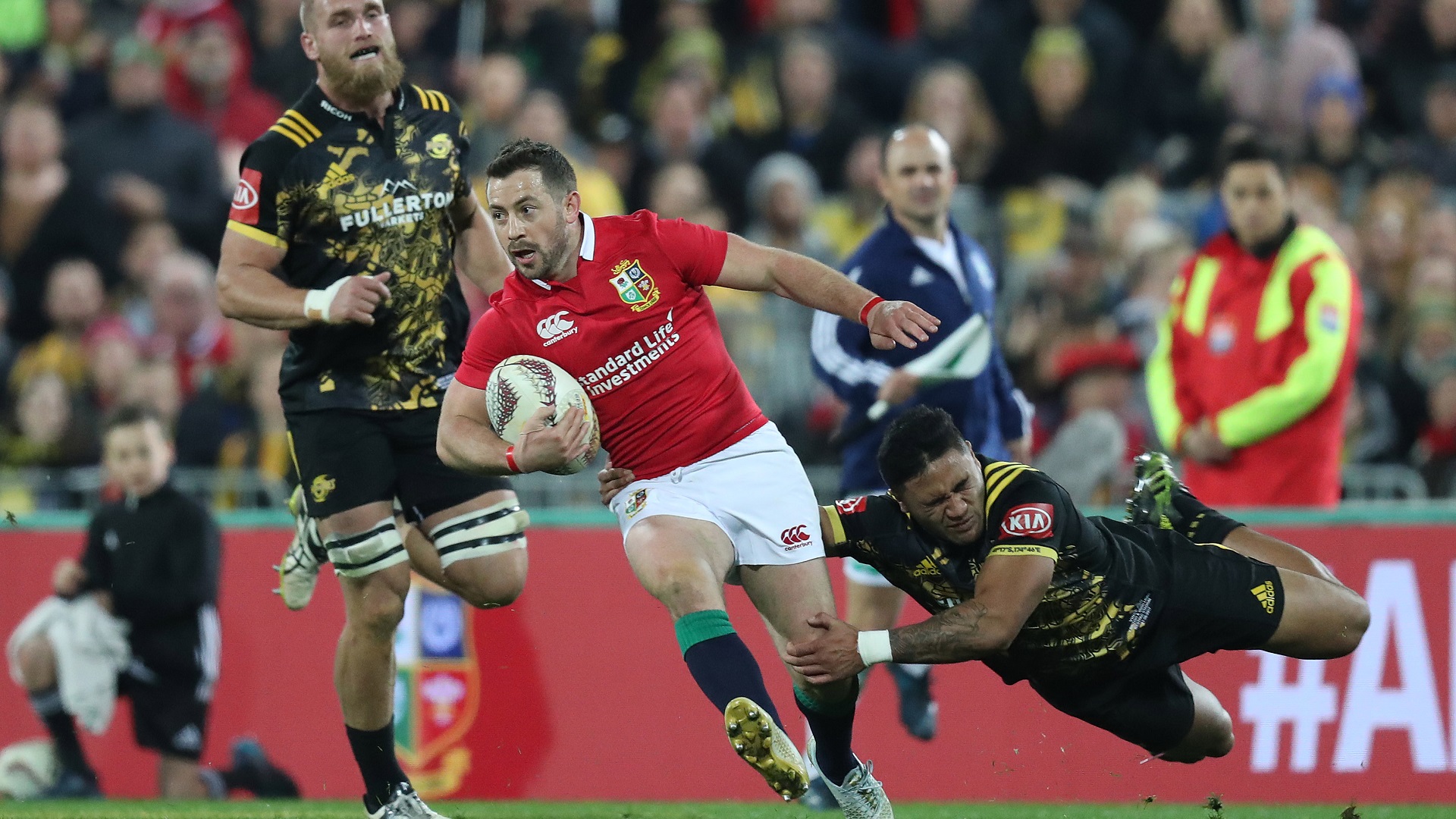 “Our three Lions, Gary Armstrong, Roy Laidlaw and Greig Laidlaw, sum up everything that’s important to Jed and to the club. We’re a family and we always will be a family.

“In this professional era that ethos is still there in the club and in the town.”

Both Laidlaws and Armstrong not only represented the Lions, all three men also played for Scotland and captained their country after coming through the ranks at Jed-Forest.

Armstrong was in fact skipper when Scotland famously won the 1999 Five Nations Championship, and the club celebrated the achievements of their trio at the Three Nines Legacy Dinner in 2019.

Bill Johnstone, the nephew of the legendary Bill McLaren, was Roy and Greig Laidlaw’s former teacher at Jedburgh Grammar School before going on to commentate for the BBC.

A keen Jed-Forest supporter, he has seen first-hand how the club provided the platform for their three Lions to reach their potential on the biggest rugby stage of them all.

He said: “Folk often ask how on earth did Jed-Forest Rugby Club produce three scrum-halves in the space of 40 years that went from nothing through to the British & Irish Lions?

“It shows that club can actually take players, teach them, shape them, develop them and bring them on to the next level which nowadays, of course, is the professional level.

“And you think if you get the raw talent, Jed-Forest Rugby Club can do something with it, prepare it for the next stage and that’s about as much as you can expect of these town rugby clubs.

“It’s a very important part of the fabric of the society down here in the Borders.” 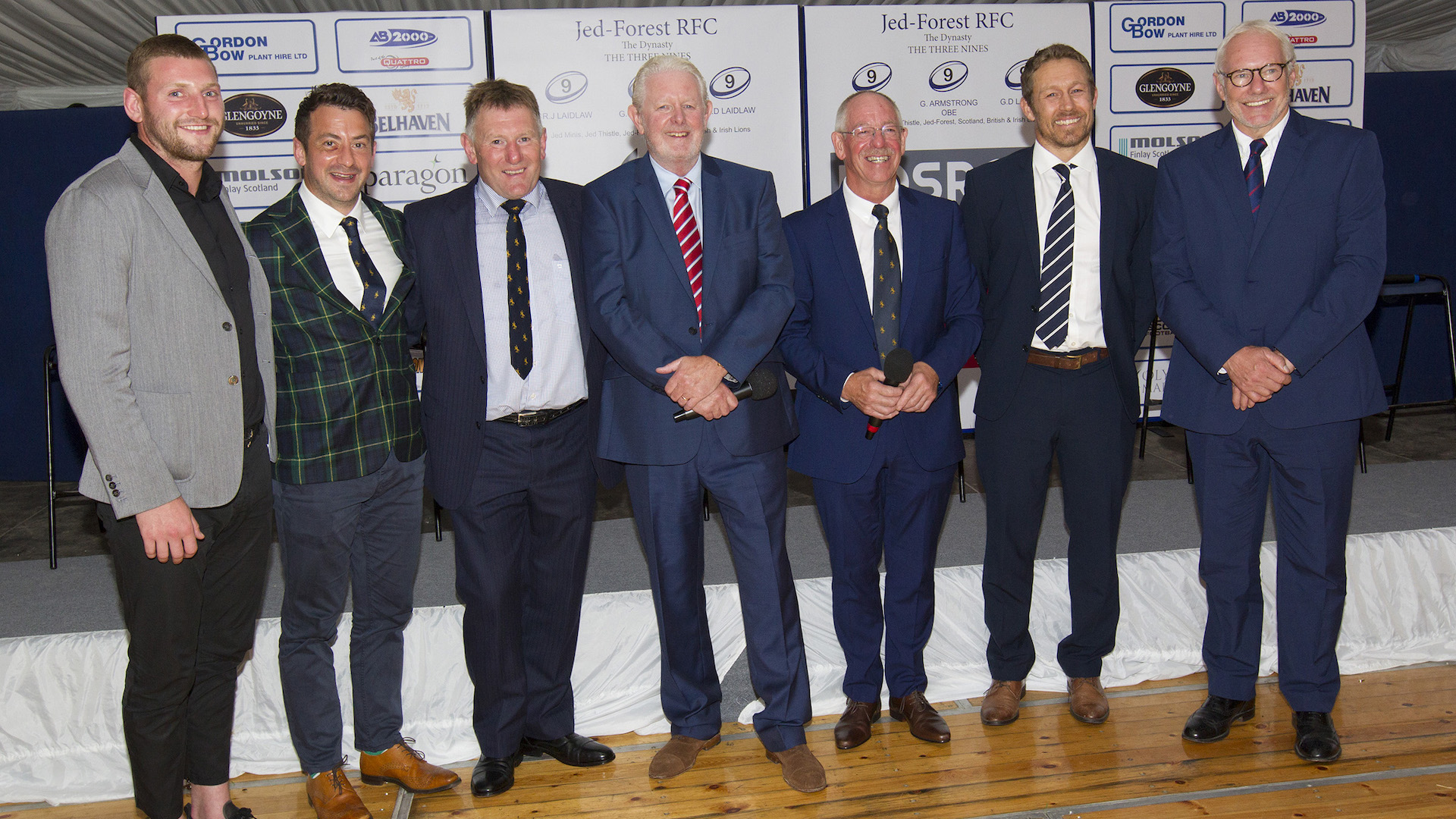 Greig Laidlaw was a late call up in 2017 but played a key role in the opening Tour match, kicking a crucial penalty as the Lions defeated New Zealand Provincial Barbarians 13-7.

He also helped the tourists to victories against Chiefs and Hurricanes, spending 269 minutes on the pitch in total by the conclusion of the Tour, which ended in the famous 1-1 series draw.

Laidlaw went on to represent Scotland for two more years before retiring as Scotland’s second highest points scorer – and he credits Jed-Forest for setting him on his rugby journey.

“Jed-Forest, I always think of it as the base of my enjoyment for the game,” said Laidlaw.

“That’s where I grew up, I guess in terms of really understanding what rugby’s all about. I learnt about the values of the game, the discipline it can teach you.

“So, it’s certainly a place that I hold close to my heart.”

Feature News
Previous story British & Irish Lions partner with OPRO mouthguards
Next story Jason Leonard: When you become a Lion, you represent everyone